ISIS-Khorasan aims to prove to Afghans and to the outside world that the Taliban cannot secure the capital, writes Pepe Escobar.

The horrific Kabul suicide bombing introduces an extra vector in an already incandescent situation: It aims to prove to Afghans and to the outside world that the nascent Islamic Emirate of Afghanistan is incapable of securing the capital.

As it stands, at least 103 people – 90 Afghans (including at least 28 Taliban) and 13 American servicemen – were killed and at least 1,300 injured, according to the Afghan Health Ministry.

Responsibility for the bombing came via a statement on the Telegram channel of Amaq Media, the official Islamic State (ISIS) news agency. This means it came from centralized ISIS command, even as the perpetrators were members of ISIS-Khorasan, or ISIS-K.

Presuming to inherit the historical and cultural weight of ancient Central Asian lands that from the time of imperial Persia stretched all the way to the western Himalayas, that spin-off defiles the name of Khorasan.

The suicide bomber who carried out “the martyrdom operation near Kabul airport” was identified as one Abdul Rahman al-Logari. That would suggest he’s an Afghan, from nearby Logar province. And that would also suggest that the bombing may have been organized by an ISIS-Khorasan sleeper cell. Sophisticated electronic analysis of their communications would be able to prove it – tools that the Taliban don’t have. 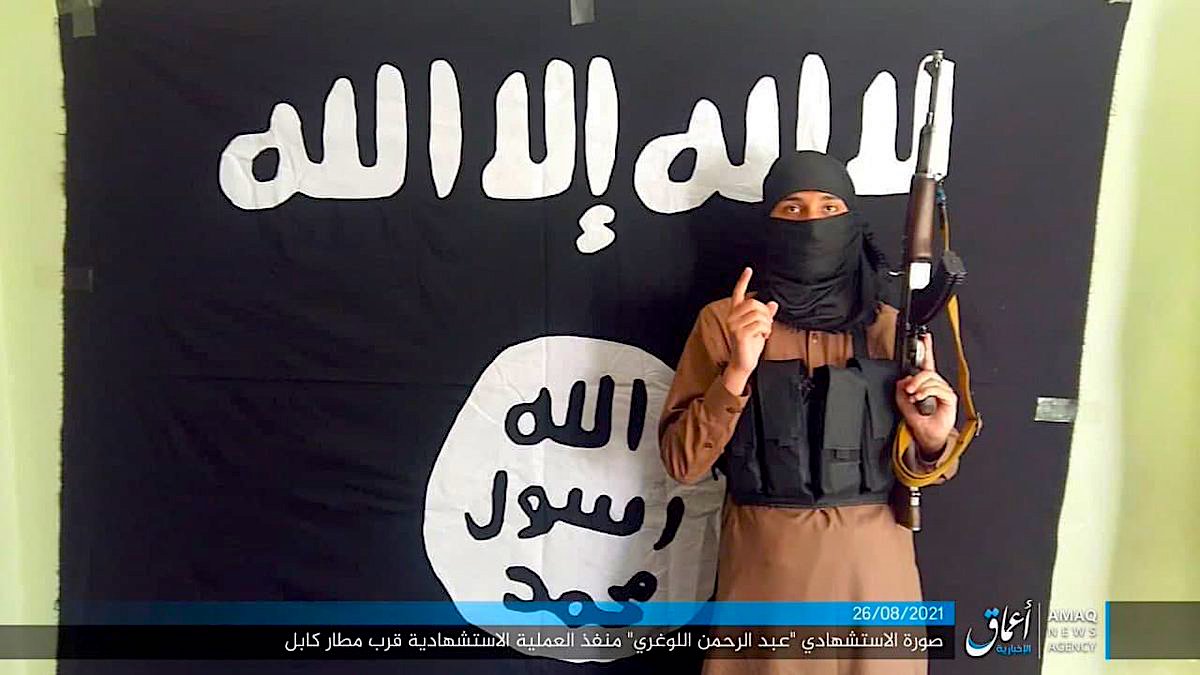 The way social media-savvy ISIS chose to spin the carnage deserves careful scrutiny. The statement on Amaq Media blasts the Taliban for being “in a partnership” with the U.S. military in the evacuation of “spies.”

It mocks the “security measures imposed by the American forces and the Taliban militia in the capital Kabul,” as its “martyr” was able to reach “a distance of no less than five meters from the American forces, who were supervising the procedures.”

So it’s clear that the newly reborn Islamic Emirate of Afghanistan and the former occupying power are facing the same enemy. ISIS-Khorasan comprises a bunch of fanatics, termed takfiris because they define fellow Muslims – in this case the Taliban – as “apostates.”

Founded in 2015 by emigré jihadis dispatched to southwest Pakistan, ISIS-K is a dodgy beast. Its current head is one Shahab al-Mujahir, who was a mid-level commander of the Haqqani network headquartered in North Waziristan in the Pakistani tribal areas, itself a collection of disparate mujahideen and would-be jihadis under the family umbrella.

Washington branded the Haqqani network as a terrorist organization way back in 2010, and treats several members as global terrorists, including Sirajuddin Haqqani, the head of the family after the death of the founder Jalaluddin.

Up to now, Sirajuddin was the Taliban deputy leader for the eastern provinces – on the same level with Mullah Baradar, the head of the political office in Doha, who was actually released from Guantanamo in 2014.

Crucially, Sirajuddin’s uncle, Khalil Haqqani, formerly in charge of the network’s foreign financing, is now in charge of Kabul security and working as a diplomat 24/7.

The previous ISIS-K leaders were snuffed out by U.S. airstrikes in 2015 and 2016. ISIS-K started to become a real destabilizing force in 2020 when the regrouped band attacked Kabul University, a Doctor Without Borders maternity ward, the presidential palace and the airport.

NATO intel picked up by a UN report attributes a maximum of 2,200 jihadis to ISIS-K, split into small cells. Significantly, the absolute majority are non-Afghans: Iraqis, Saudis, Kuwaitis, Pakistanis, Uzbeks, Chechens and Uighurs.

The real danger is that ISIS-K works as a sort of magnet for all manners of disgruntled former Taliban or discombobulated regional warlords with nowhere to go. 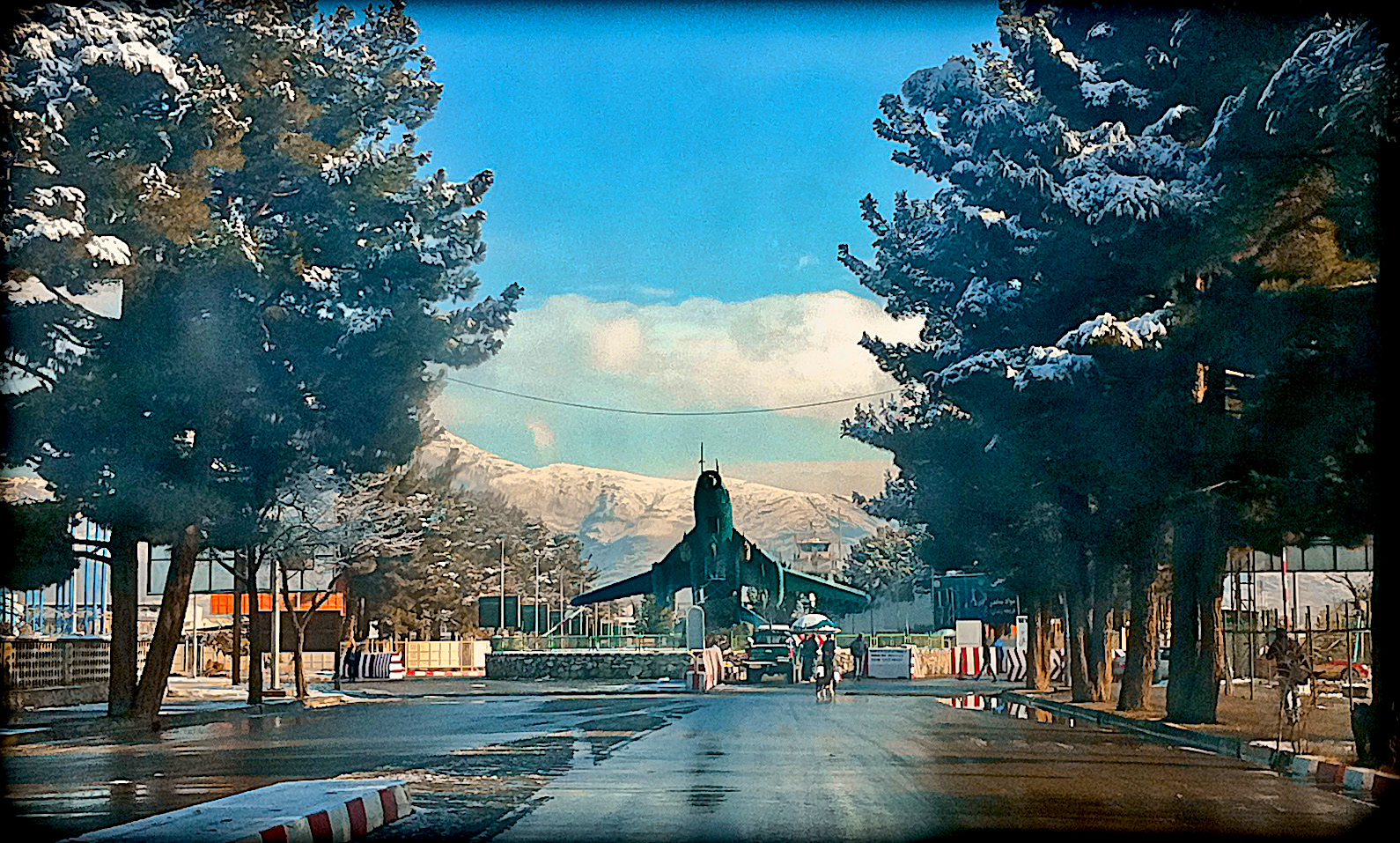 The civilian commotion these past few days around Kabul airport was the perfect soft target for trademark ISIS carnage.

Zabihullah Mujahid – the new Taliban minister of information in Kabul, who in that capacity talks to global media every day – is the one who actually warned NATO members about an imminent ISIS-K suicide bombing. Brussels diplomats confirmed it.

In parallel, it’s no secret among intel circles in Eurasia that ISIS-K has become disproportionally more powerful since 2020 because of a transportation ratline from Idlib, in Syria, to eastern Afghanistan, informally known in spook talk as Daesh Airlines.

Moscow and Tehran, even at very high diplomatic levels, have squarely blamed the U.S.-U.K. axis as the key facilitators. Even the BBC reported in late 2017 on hundreds of ISIS jihadis given safe passage out of Raqqa, and out of Syria, right in front of the Americans.

The first one was Mujahid’s claim during an American NBC News interview earlier this week that there is “no proof” Osama bin Laden was behind 9/11 – an argument that I had already hinted was coming in this podcast the previous week.

This means the Taliban have already started a campaign to disconnect themselves from the “terrorist” label associated with 9/11. The next step may involve arguing that the execution of 9/11 was set up in Hamburg, the operational details coordinated from two apartments in New Jersey.

Nothing to do with Afghans. And everything staying within the parameters of the official narrative – but that’s another immensely complicated story.

The Taliban will need to show that “terrorism” has been all about their lethal enemy, ISIS, and way beyond old school al-Qaeda, which they harbored up to 2001. But why should they be shy about making such claims? After all, the United States rehabilitated Jabhat Al-Nusra – or al-Qaeda in Syria – as “moderate rebels.”

The origin of ISIS is incandescent material. ISIS was spawned in Iraq prison camps, its core made of Iraqis, their military skills derived from ex-officers in Saddam’s army, a wild bunch fired way back in 2003 by Paul Bremmer, the head of the Coalition Provisional Authority.

ISIS-K duly carries the work of ISIS from Southwest Asia to the crossroads of Central and South Asia in Afghanistan. There’s no credible evidence that ISIS-K has ties with Pakistani military intel.

On the contrary: ISIS-K is loosely aligned with the Tehreek-e-Taliban (TTP), also known as the Pakistani Taliban, Islamabad’s mortal enemy. TTP’s agenda has nothing to do with the moderate Mullah Baradar-led Afghan Taliban who participated in the Doha process. 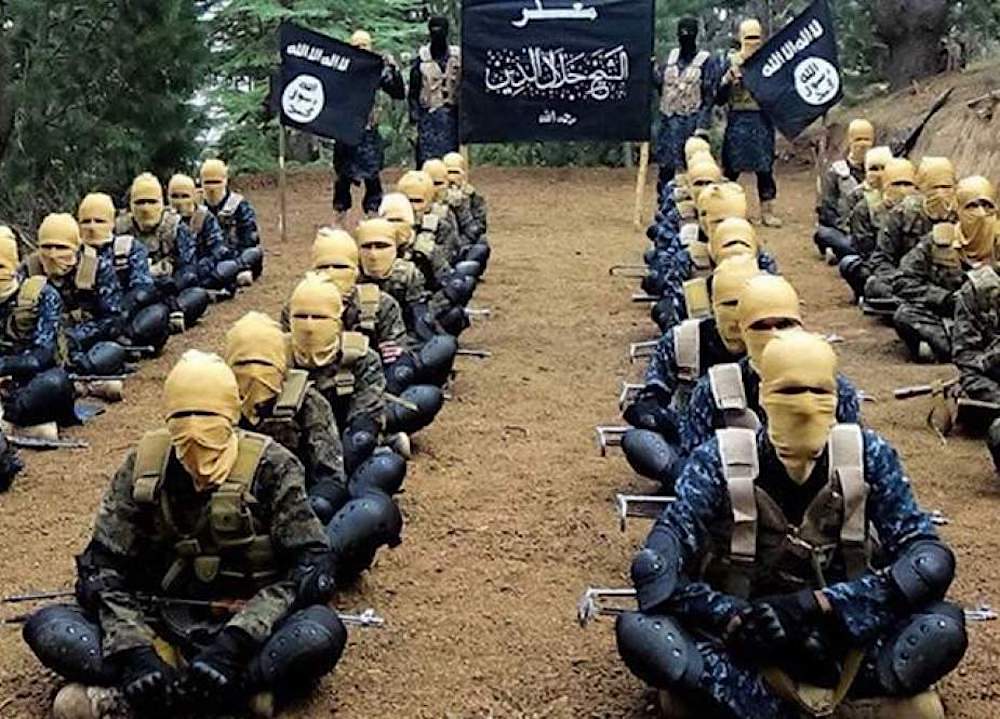 SCO to the Rescue

The other significant event tied to the Kabul bombing was that it took place only one day after yet another phone call between Presidents Vladimir Putin and Xi Jinping.

The Kremlin stressed the pair’s “readiness to step up efforts to combat threats of terrorism and drug trafficking coming from the territory of Afghanistan”; the “importance of establishing peace”; and “preventing the spread of instability to adjacent regions.”

And that led to the clincher: They jointly committed to “make the most of the potential” of the Shanghai Cooperation Organization (SCO), which was founded 20 years ago as the “Shanghai Five”, even before 9/11, to fight “terrorism, separatism and extremism.”

The SCO summit is next month in Dushanbe – when Iran, most certainly, will be admitted as a full member. The Kabul bombing offers the SCO the opportunity to forcefully step up.

Whichever complex tribal coalition is formed to govern the Islamic Emirate of Afghanistan, it will be intertwined with the full apparatus of regional economic and security cooperation, led by the three main actors of Eurasia integration: Russia, China and Iran.

The record shows Moscow has all that it takes to help the Islamic Emirate against ISIS-K in Afghanistan. After all, the Russians flushed ISIS out of all significant parts of Syria and confined them to the Idlib cauldron.

In the end, no one aside from ISIS wants a terrorized Afghanistan, just as no one wants a civil war in Afghanistan. So the order of business indicates not only an SCO-led frontal fight against existing ISIS-K terror cells in Afghanistan but also an integrated campaign to drain any potential social base for the takfiris in Central and South Asia.

← THE ANGRY ARAB: Taliban Takeover Alarms the Gulf
Media Bury Story That US May Have Fired on Crowd at Airport →

20 comments for “Who Profits From the Kabul Suicide Bombing?”