The movement against climate chaos is running up against intense repression funded by private corporations as well as the federal government, writes Shea Leibow. 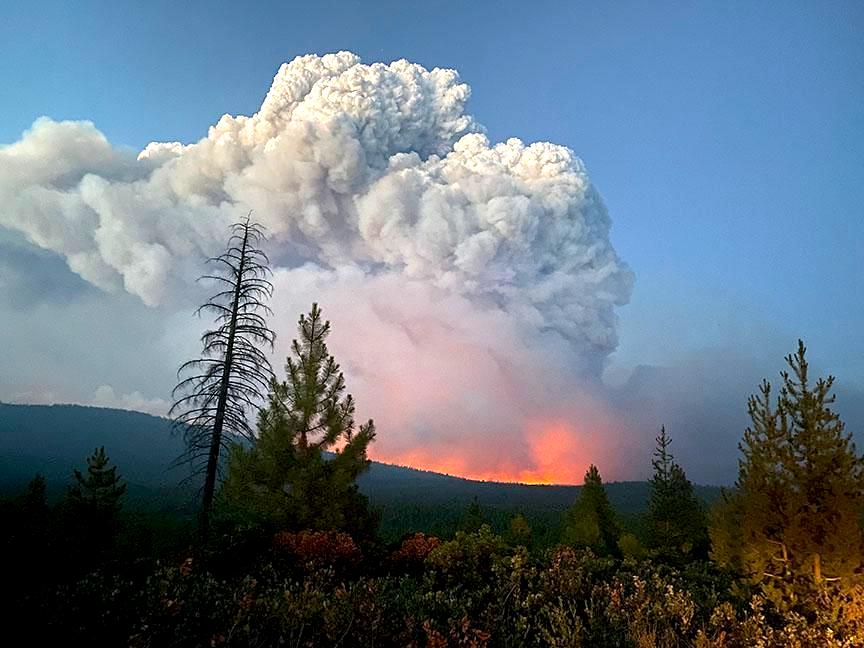 A huge column of smoke from the Bootleg Fire in Oregon could be seen for miles on July 8. (National Interagency Fire Center, Wikimedia Commons)

This summer, we’ve seen the Bootleg fire rage through Oregon. East Coasters have been breathing West Coast smoke. Massive floods have slammed towns from Germany to China. The town of Lytton, British Columbia, burned to the ground.

These disasters give a new sense of urgency to transition away from the fossil fuels that are causing this climate chaos. That’s the good news. The bad news is that the movement fighting for this transition is running up against intense police repression — funded by private corporations as well as the federal government.

I saw some of this firsthand.

In June, I was one of the thousands who converged in Northern Minnesota for the Treaty People Gathering to protest the Line 3 tar sands pipeline. Tar sands are one of the dirtiest and most carbon-intensive fuel sources on the planet. The pipeline also violates the treaty rights of the local Anishinaabe people, threatening their water supply and sacred wild rice beds.

At least 20 Indigenous water protectors were arrested in Minnesota over the weekend during protests against the Enbridge Line 3 pipeline. "The level of brutality that was unleashed on us was very extreme," says lawyer Tara Houska (@zhaabowekwe). pic.twitter.com/CY9G8GgKSp

The Treaty People Gathering kicked off a summer of protests against the pipeline. Unfortunately, these nonviolent protests have been brutally cracked down on. Over 500 protestors have been arrested or issued citations so far.

While I was there, demonstrators were hounded by a Border Patrol helicopter flying close to the ground, kicking up dust and disorienting protestors. Police attacked protestors with a Long-Range Acoustic Device (LRAD) and built a physical barricade outside a pipeline resistance camp on private property, preventing vehicle access.

Although the police claim to “protect and serve” the communities they work in, these confrontational, militarized responses would indicate the opposite. It’s disappointing, but not surprising — Enbridge, the pipeline operator, is directly funding many Minnesotan police departments.

The Line 3 construction permit requires Enbridge to create a “public safety escrow account” that allows Minnesota police to seek reimbursement for “services” including “maintaining the peace in and around the construction site.” 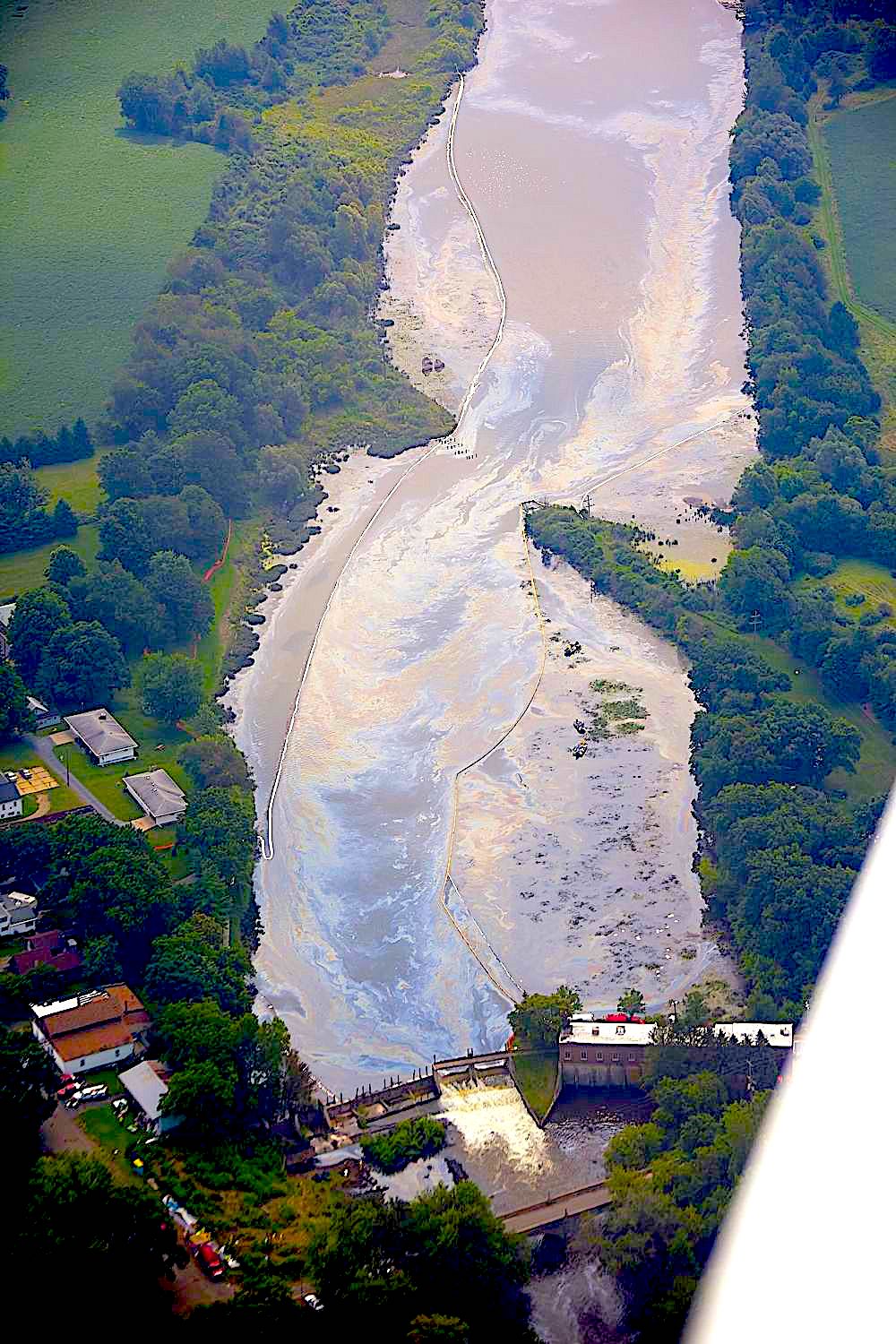 Funding police violence against nonviolent protests should cross a line. But it’s not just corporations — the federal government does it, too. The federal 1033 program transfers surplus military equipment to local police departments, free of charge.

This equipment has been repeatedly used by local police departments to violently suppress racial justice protests in places like Ferguson, Minneapolis, and Kenosha. The 1033 program also likely supplied the helicopters, assault rifles, excavators, and the mine-resistant armor-protected vehicle that violently suppressed the Standing Rock protests in 2016.

Hubbard County, Minnesota, where hundreds have been arrested, has received hundreds of thousands of dollars worth of military equipment from the 1033 program, including M16 and M14 assault rifles and a mine-resistant armor-protected vehicle.

The simultaneous occurrence of this summer’s intense climate-related weather events and this severe crackdown on anti-pipeline activists is deeply troubling.

The development of more fossil fuel infrastructure such as Line 3 will only worsen our climate catastrophe. But while the anti-pipeline movement is trying to save the planet, militarized, corporate-funded police forces are making that as difficult as possible.

In order to protect our environment, the police must be demilitarized. That means ending the 1033 program and getting corporate money out of police departments. The fate of our planet depends on it.

Shea Leibow is a Next Leader on the National Priorities Project at the Institute for Policy Studies.