Danny Sjursen offers a U.S. case study in Burkina Faso on how to destroy a country in a decade. 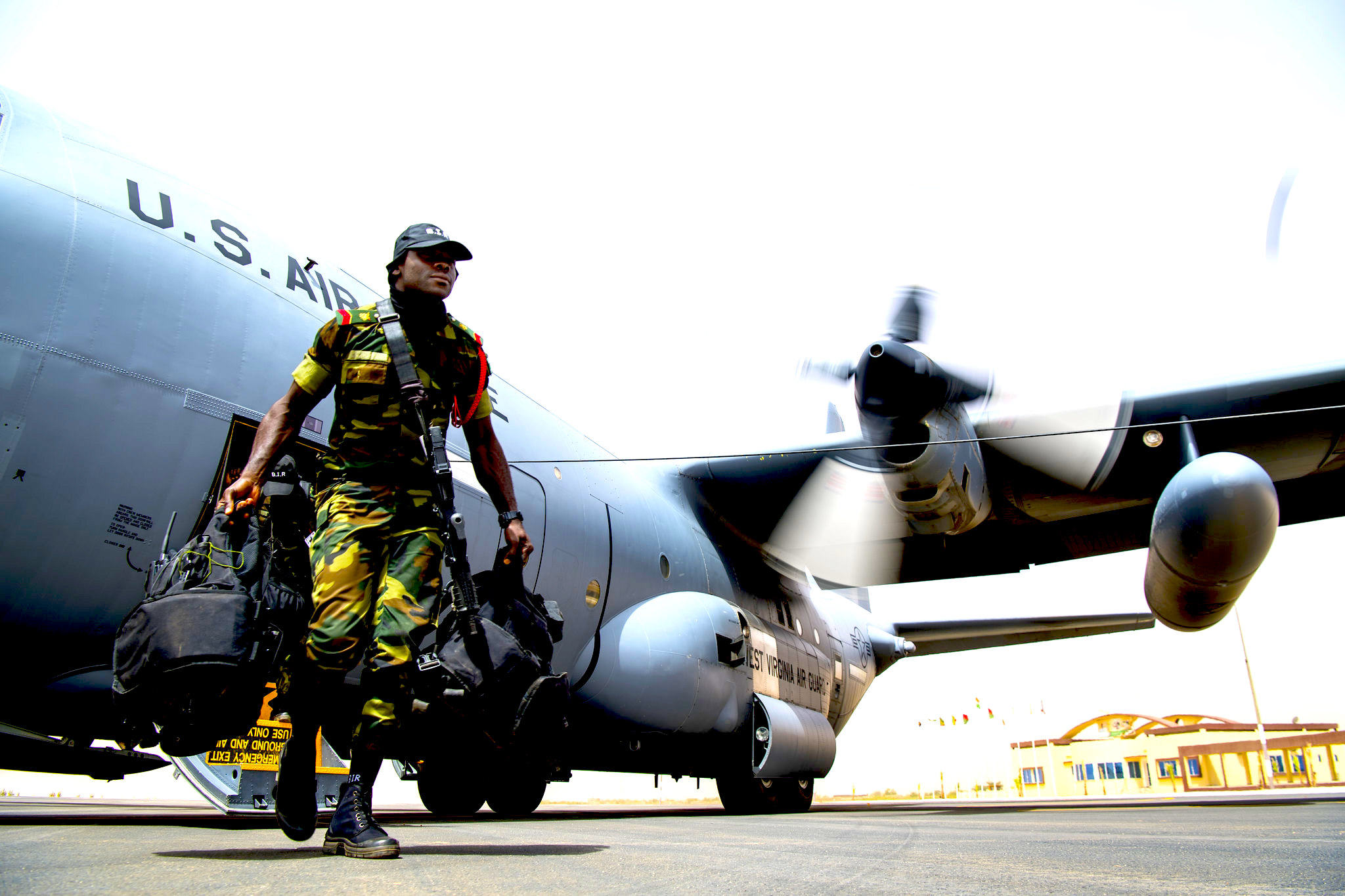 If the U.S. government was trying to destroy Burkina Faso, it could hardly have done it any better. This  already impoverished, landlocked West African country is simply symptomatic of Franco-America’s Sahel-wide exercise in absurdity.

It goes like this: in the years following the 9/11 attacks there was no Islamist militant threat to speak of in this region. Nevertheless, on account of its hallucinatory fear, racialized mental-mapping and neocon-neo-imperial reflexes, the George W. Bush administration imagined and then induced not just a genuine jihadi rebellion, but an inter-communal implosion clear across the Sahel.

And because Burkina Faso was long considered one of the most stable countries in West Africa — and its conflict currently runs hottest of all — this tortured nation makes for an instructive case study in incompetence and indecency.

The entire concept of the Pentagon’s Africa Command (AFRICOM) was more bizarre than most people probably remember. At its genesis in 2007, the U.S. military was more than a little bogged down – trust me – failing to fight its way out of an Iraqi-paper bag the Bushies had pulled over their own heads. Plus, the Taliban boys-were-back-in-Afghanistan and ready to lasso old G.W.’s Obama successor into another surge-cum-quagmire.

Africa, especially West Africa, on the other hand, had essentially no Islamist militants to speak of. Burkina Faso actually had the least of all. In late 2013, a State Department report noted that

“there were no recorded terrorist incidents in Burkina Faso, which is not a source for violent extremist organization recruitment efforts or home to radical religious extremists.”

Yet, as if the Pentagon wasn’t losing enough needless and hopeless wars, it opened a new proconsular franchise for the continent. See, according to Bush’s racialized 19th century-colonialist cerebral cartography, he wanted the post-9/11 U.S.  military sword to be “ready to strike at a moment’s notice in any dark corner of the world.” AFRICOM was then charged with the counterintuitive charter of preventing war in places

“where violent conflict has not yet emerged, where crises have to be prevented.”

Apparently these folks never heard of the phase “violence begets violence,” which is strange for such proud evangelical Christians, since the aphorism’s origins trace back to Matthew 26:52 “‘Put your sword back in its place,’ Jesus said to him, ‘for all who draw the sword will die by the sword.’”

A baker’s dozen-worth of years later, the entire African Sahel is a free-fire zone jumble of jihadi, state-directed, and communal carnage. 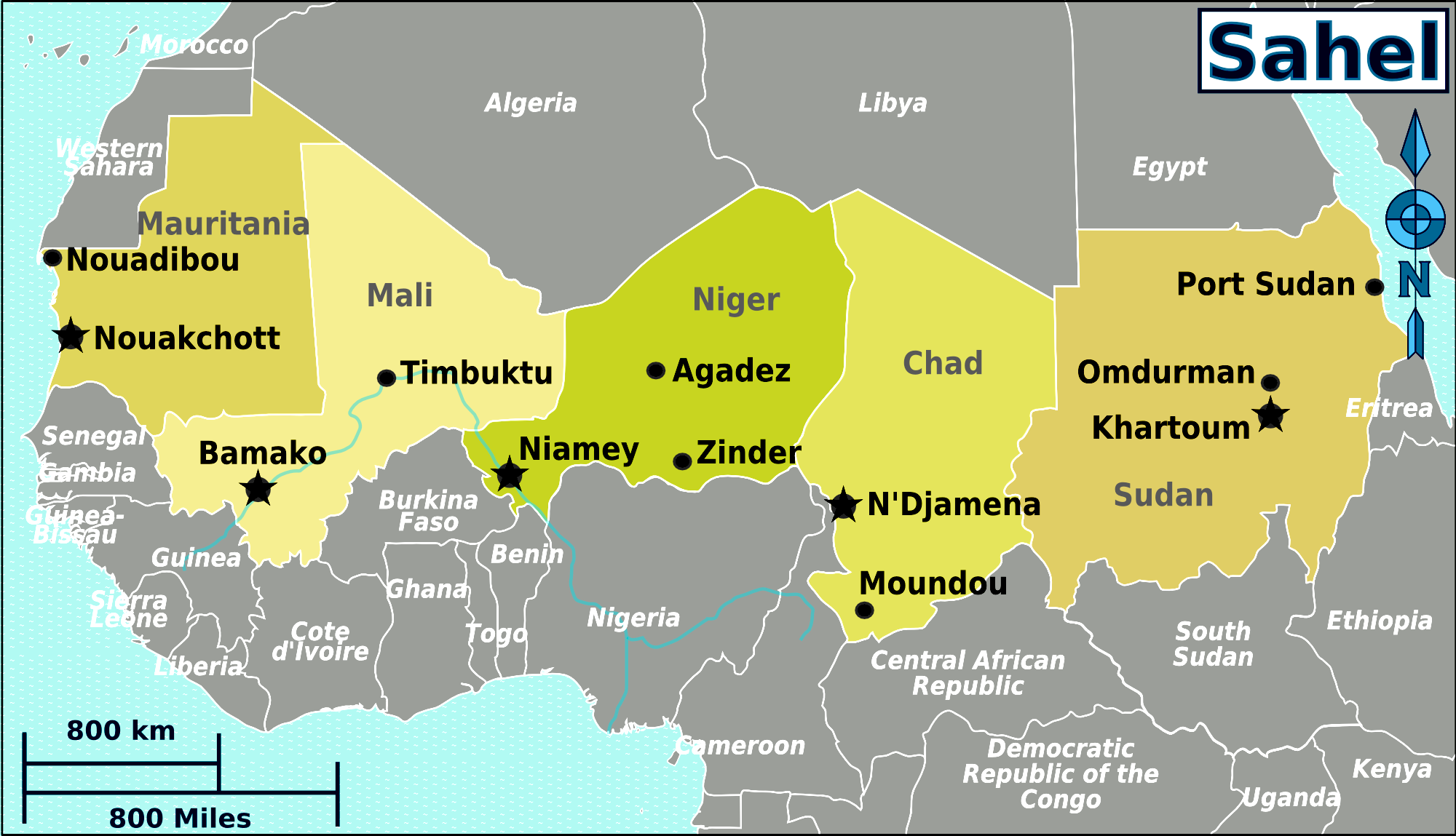 Here’s the CliffsNotes version of how and why that played out in the current Burkinabe contender for the bloodiest Sahel savagery – highlighting the immense amount of Franco-American accelerant that really burnished the blaze.

The main match was lit in 2009, when Burkina Faso joined the Trans Sahara Counterterrorism Partnership (TSCTP) – a joint State-Pentagon, but military-skewed, slush fund for training, advising, and equipping local regional security forces to counter negligible, if not nonexistent, terror. 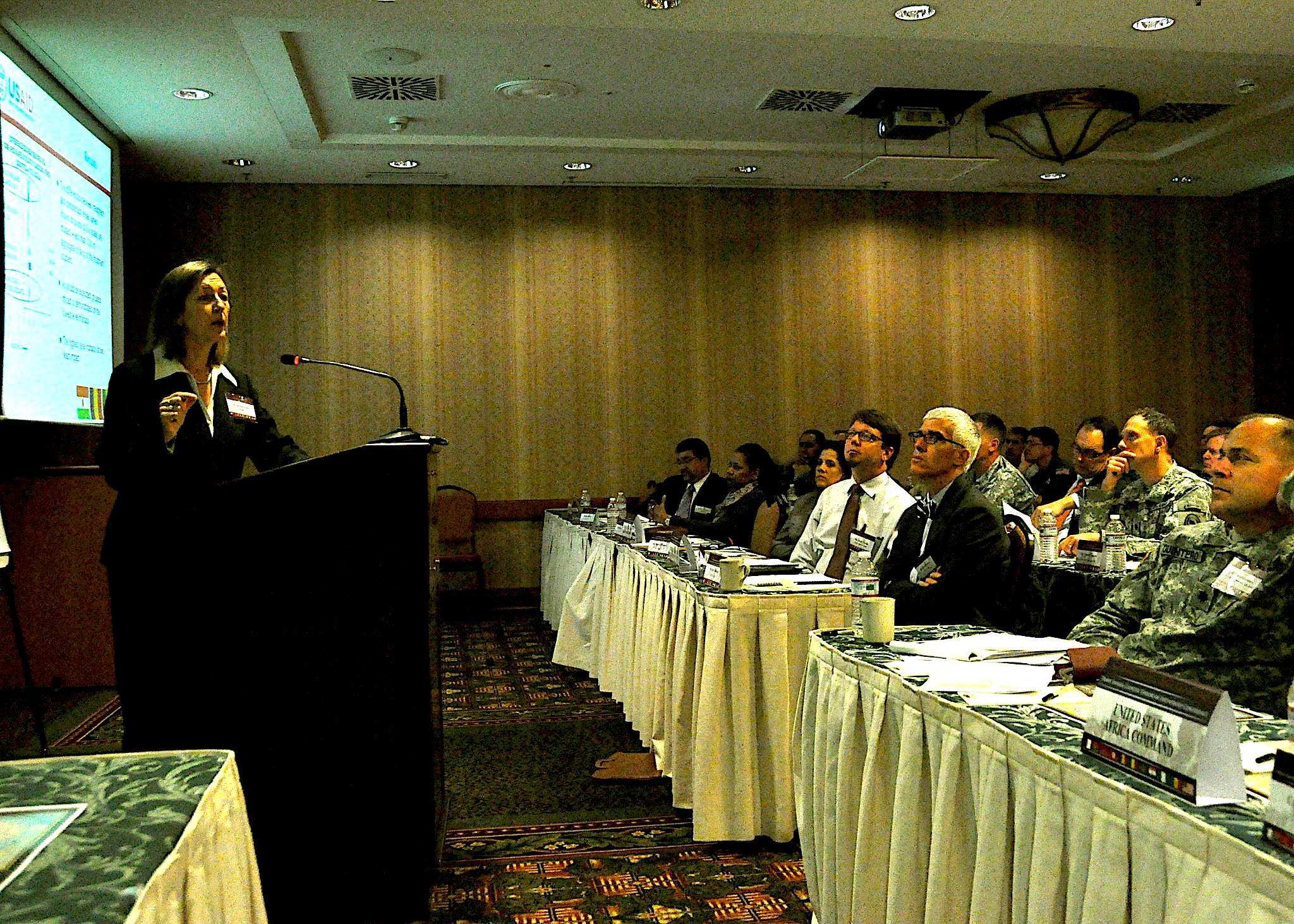 By handing scores of millions in Yankee-greenbacks to Burkinabe politicians with proven proclivities for corruption, plus weapons and training to state security forces with a historical knack, mainly, for coups and civil-suppression – Washington all-but ensured that the government’s response to the (initially nonexistent) threat would be both over-militarized and an overreaction.

It’s as if Washington handed the Burkinabe ruling elites a hammer, told them to keep an eye out for jihadi nails, and that if they found some we’d ship over more hammers. Is it really any surprise they promptly whacked away at already hated, and often marginalized Muslims in their midst.

That then caused counterproductive blowback across the entire spectrum of the scantly understood – at least by U.S. policymakers – “perfect storm” of volatility and grievance underpinning and belying the illusion of Burkina Faso as a poster-child of “stability” in the Sahel.

After 9/11, politicians, pundits, and the Pentagon have tended to frame – and fit – every foreign conflict inside their nifty state-democracy versus Islamist-terror model. And, despite mountains of actual academic and scholarly expert research to the contrary, American policymakers somehow decided that the best way to fight terror was with state-terror – when, in fact, time and again it’s proven that force usually adds fuel to the fire. 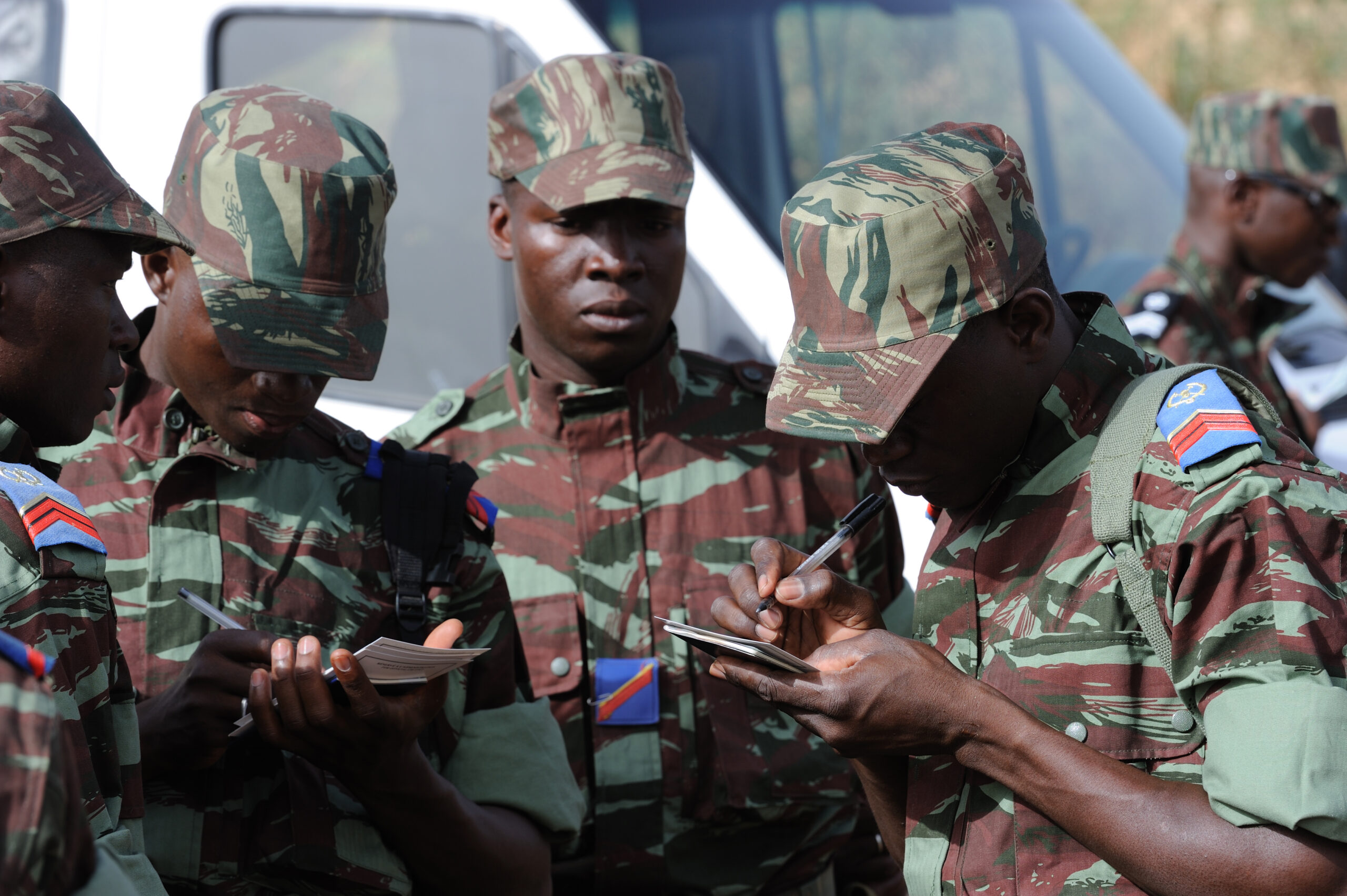 Consider some stats – a security assistance report card of sorts. Since 2009, Washington has spent more than $69 million on Burkina Faso’s security forces, and in fact, more Burkinabe personnel (13,000+) were trained by American soldiers and contractors than in any other Sahelian state. So what did the American taxpayers get for their money? What was the haul for that hefty investment, you ask? Turns out, less than nada – unless you count a boatload of Burkinabe bodies, most of them innocents.

The number of reported attacks, fatalities, and displaced persons all reached record highs last year – and between 2018 and 2019 alone, conflict-related deaths increased more than seven-fold.

Plus, some good that 11 years-worth of U.S.-training – including classes in “human rights” – did the Burkinabe security forces, since they and the government-backed (and recently armed) ethnic militias have themselves killed half the civilians who’ve perished since the conflict kicked off. Moreover, the military officer who briefly seized power in a 2014 coup happened to attend two U.S.-sponsored counterterrorism training seminars. Well, that’s pretty standard – since no less than eight American-trained African military officers have turned coup-artist since AFRICOM opened for (the fiasco) business.

Crazier still, Burkinabe military and political elites essentially brag about all this extrajudicial killing. Simon Compaoré, the president of the ruling People’s Movement for Progress and a former interior minister, told an interviewer that:

“We’re not shouting this from the rooftops, but it’s what we do. If the jihadists kill five-to-10 soldiers, the morale in the army is going to be very low. We need to make sure their morale doesn’t get destroyed. If we discover there are spies, we need to neutralize them right away.”

Which raises the question: what’s the point of having the Leahy Laws – which prohibit funding and assisting foreign security forces credibly accused of gross violations of human rights – on the books, if the statutes are ignored as soon as they’re inconvenient?

In spite of Burkina Faso’s critical governance and corruption issues, and credible reports of bloody human rights violations by the security forces, Washington even now continues to send millions of dollars in security assistance to the country’s capital, Ouagadougou.  Talk about a classic case of “throwing good money at bad!”

Here’s the hard truth that I can’t for the life of me adequately conjure from an air-conditioned American apartment: if the conflict’s casualty rate remains on track, then some 600 more Burkinabe civilians will be slaughtered by Christmas. Naturally, the U.S.  government didn’t exactly ask We the People before helping to create then catalyze the conflict, and few Americans know or care where Burkina Faso falls on a damn map. But in the ethical court of criminal complicity, ignorance and apathy are no defense for aiding and abetting mass murder.

This indecency is done in our names – Burkinabe blood is on our hands.

Danny Sjursen is a retired U.S. Army officer, the director of the Eisenhower Media Network (EMN), a senior fellow at the Center for International Policy (CIP), contributing editor at Antiwar.com. He co-hosts the podcast “Fortress on a Hill.” His work has appeared in The New York Times, LA Times, The Nation, The Hill, Salon, The American Conservative and Mother Jones, among other publications. He served combat tours in Iraq and Afghanistan and taught history at West Point. He is the author of three books, Ghostriders of Baghdad: Soldiers, Civilians, and the Myth of the Surge, Patriotic Dissent: America in the Age of Endless War and, most recently, A True History of the United States. Follow him on Twitter @SkepticalVet.

← THE ANGRY ARAB: How the US Controls Lebanon
Cuba’s Vaccine & the Five Monopolies that Rule the World →