In a new video, a cross-party group of 11 Australian members of Parliament tell the U.S. president that the Australian publisher of WikiLeaks should not be punished for his work and that all charges against him should be dropped.

In a one minute, 30 second video message to U.S. President Joe Biden, 11 Australian politicians from across the political spectrum have appealed to the U.S. Government to drop its Espionage Act and computer intrusion charges against Australian citizen, Julian Assange.

The MPs and Senators have urged President Biden to take the “opportunity for urgent reconsideration,” following a U.K. court’s decision to deny the U.S. extradition request, rendered earlier this year.

Assange is currently held in HMP Belmarsh, a high security London prison, pending a High Court ruling on whether the U.S. may appeal against the U.K. refusal to extradite. He is detained for publishing activity that won him Australia’s highest journalistic honor, the Walkley Award for most Outstanding Contribution to Journalism.

Susan Templeman, MP, Australian Labor Party (ALP) said: “Citizens expect us to protect journalists and publishers, not to imprison them for their work.”

Senator Carol Brown ALP added: “The world’s leading human rights and press freedom groups are unequivocally denouncing the charges against [Julian Assange]. And we join them.”

Peter Khalil MP, ALP, noted: “Indeed, one of the largest petitions in Australia’s history, with over 600,000 signatures, has been tabled in the Australian Parliament, calling on the US to free Assange.”

Julian Hill MP, ALP, who has spoken in parliament about Assange, appeals to the UK: “We are imploring the British government to release him from prison, and send him home.” 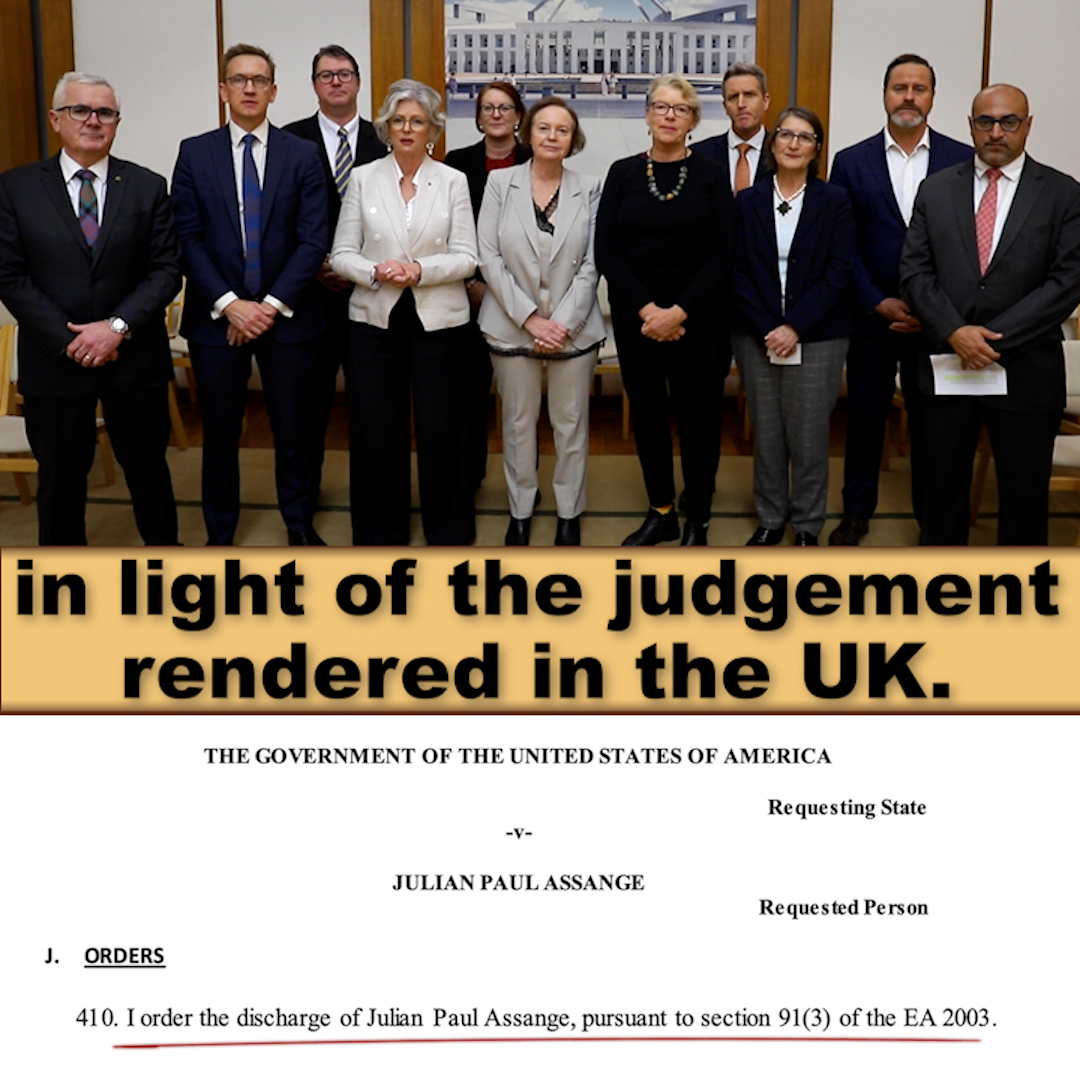 ← WATCH: Finale of Assange US Tour at National Press Club in Washington
Netanyahu Is Out But Nothing Has Changed for Palestinians →