Simón Bolívar wrote that the United States “seemed predestined by Providence to plague Americas with miseries in the name of liberty,” Vijay Prashad reminds us. 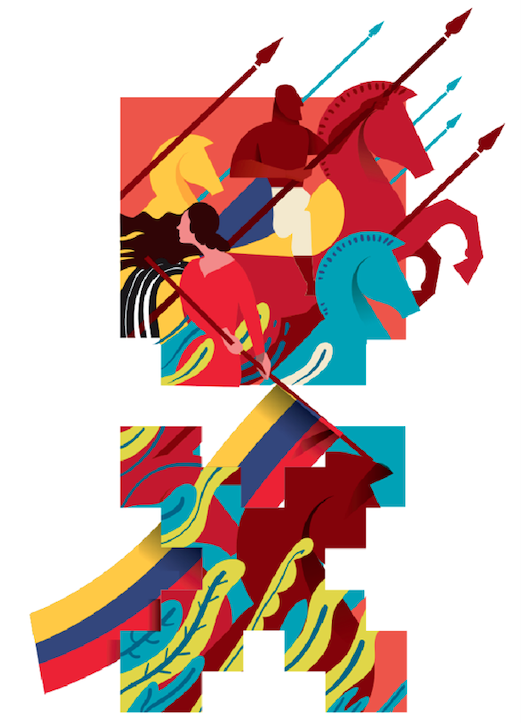 Two hundred years ago, on June 24, 1821, the forces of Simón Bolívar trounced the Spanish royalists at the Battle of Carabobo, a few hundred kilometers west of Caracas. Five days later, Bolívar entered the city in triumph; the Spanish fortresses of Cartagena and Puerto Cabello had been seized by the Liberator’s armies, making a return to power for Spain impossible. In Cúcuta, a congress assembled to draft a new constitution and to elect Bolívar as the president.

Bolívar, now the head of the Republic of Gran Colombia (today’s Colombia and Venezuela), would not rest. He got on his horse and rode south towards Quito, where Spain’s forces remained and would eventually be defeated on May 24, 1822, at the battle of Pichincha. It would take two more years to eject Spain from the hemisphere, but the trend was inevitable. Carabobo had broken the imperialist spirit of the Spanish monarchy.

The Spanish monarchy lost its grip on the Americas, but other threats emerged. On Dec. 2, 1823, U.S. President James Monroe told the U.S.  Congress that the Americas were no longer the domain of the old European powers. But the Monroe Doctrine did not imply that the various parts of the Americas, including Gran Colombia, would be sovereign.

The doctrine meant that the United States of America could behave in the hemisphere as if it were an old imperial power, a trend that would become clearer as U.S. military technology improved.

Clarity regarding the aims of the Monroe Doctrine came in two ways. First, through the behavior of the United States, whose armed forces intervened directly across the continent, from Peru (1835-36) to Guatemala (1885) to Cuba and Puerto Rico (1898). Second, through U.S. President Theodore Roosevelt’s 1904 corollary to the doctrine, which included the right of the U.S. to act — in Roosevelt’s words — as an “international police power” in the hemisphere.

Bolívar understood the nature of this new threat. In his 1829 letter to the British chargé d’affaires, Patrick Campbell, Bolívar wrote that the United States “seemed predestined by Providence to plague Americas with miseries in the name of liberty.” This is why he called for a congress in Panama in 1826 to create a platform of political unity. Unfortunately, few of the new states came to Panama. Regional unity remained a dream, but one that would punctually find adherents who tried to make it reality.

In the 21st century, Hugo Chávez took up the project for regional unity in the Americas. For a good reason, he called the revolutionary processes in Venezuela and in Latin America the Bolivarian Revolution. “What we see in the period of history between 1810 and 1830 are the outlines of a national project for South America,” said Chávez.

This is the project that Chávez developed inside Venezuela and in the region through the Bolivarian Alliance for Peoples of Our America (ALBA) and through the Union of South American Nations (UNASUR), both founded in 2004.

Since Chávez’s first electoral victory in 1998, the United States has attempted to derail the Bolivarian process. The stench of Monroe pervades U.S. policy, while Venezuelan resistance is lifted up by the spirit of Carabobo. Vindictive U.S. sanctions against Venezuela, precisely defined to overthrow Bolivarianism, continue despite the pandemic.

Last year, pressure from the U.S.  Treasury Department prevented the International Monetary Fund from allowing Venezuela to access its own funds and other emergency pandemic-related money. Between April and May of this year, Venezuela authorized the Swiss bank UBS to pay the COVAX mechanism $10 million to buy Covid-19 vaccines. On June 7, COVAX wrote to the Venezuelan government to inform them that UBS had blocked the payments. The bank felt the heavy weight of U.S. policy on its doors. 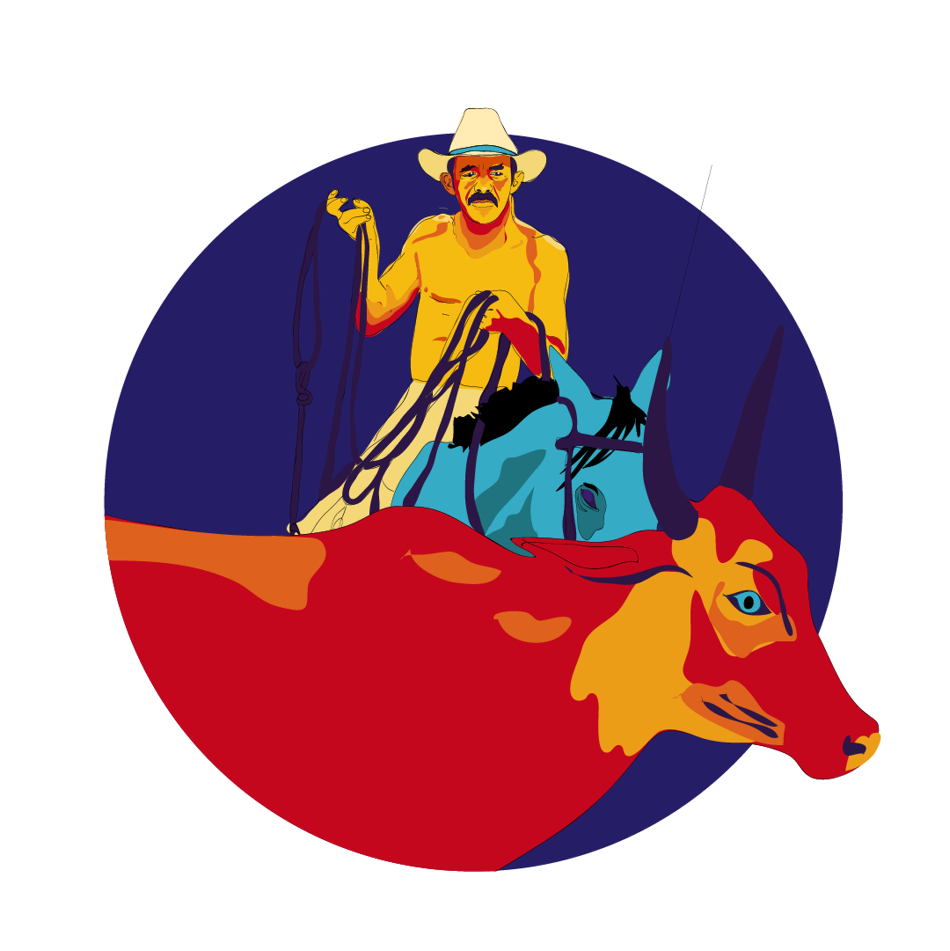 At the recent G-7 meeting, the seven governments from the United States to Germany agreed to tepid language towards the provision of vaccines. Promises of a billion vaccines to be circulated around the world came without any specifics; it is well-known that the promises made at G-7 meetings are rarely honored.

The third aspect requires their own words, imbued with the spirit of Carabobo:

“Certain provisions to override intellectual property protections already exist, for example, through the 2001 Doha declaration of the WTO. Yet countries have been hesitant to do so due for fear of sanctions from certain governments and reprisals from big pharma. We will consider how we could introduce national legislation to override intellectual property protections collectively, introducing a credible threat to the monopoly pharmaceutical model currently at play.”

There are two key elements to this point about collective disobedience. First, it recognizes the cold-heartedness with which “certain governments” will place sanctions on anyone who dares to break the stranglehold of the Trade-Related Aspects of Intellectual Property Rights or TRIPS, which benefit big pharma above all else.

Second, it puts forth the brave suggestion for nations of the Global South to find legal means within their countries to set aside big pharma’s capture of the knowledge commons. There is a hint of realism in this last suggestion. It would be far more powerful if the countries of the South — especially the 25 states that spend more on debt servicing than on health care — would band together and create a bloc for vaccine internationalism.

But this kind of broad-based regional solidarity is not easily available today, since the regional and global platforms — including the 60-year-old Non-Aligned Movement (NAM) — are considerably weakened. To strengthen regionalism was precisely the program of Chávez and the Bolivarian movement.

Regionalism, as Chávez recognized it, is not merely a platform of common markets and institutions to advance the interests of global corporations and national elites. This is the kind of regionalism that defines the European Union, for instance. Nor is it sufficient to develop a regionalism limited by the ideology of culture, which has often pervaded pan-Arabism and pan-Asianism.

The immense power of global corporations provokes the need for some kind of barriers, which can perhaps no longer merely be erected by individual countries, since they are vulnerable to sanctions and threats.

What is needed is a broader platform, the unity of entire continents or of sections of the world that refuse to defer to the authority of the G-7 or of this or that global corporation. Regionalism of this sort does not merely mean the unity of a set of countries in a continent; it requires that state power in at least certain key countries be held by the working class and the peasantry.

Only a government backed by the force of the masses will have the fortitude to stand up to the authority and the power of “certain governments,” as Shailaja, Nyong’o, and Mayta said with care.

As Bolívar lingered on his deathbed in Santa Marta (in modern-day Colombia), his doctor read to him from French newspapers. They came upon a song that had been sung by the partisans of the July 1830 Revolution as they entered the Hôtel de Ville to seize Paris:

America, to cheer us,
Looks on us from afar.
Her fire ring of republics
Was lit by Bolívar.

The memory of Carabobo continues to light those fires in Venezuela’s communes, in the streets of Colombia, the farmers’ revolt in India and shack settlements in South Africa.

← Revealing the Pentagon Papers in Congress — 5: From Capitol Hill to Beacon Hill
1967: End of Israel’s ‘Golden Age’ in Africa →