Norman Solomon says Democrats and Progressives have been heightening bilateral tensions that increase the chances of thermonuclear holocaust.

No matter what happens at Wednesday’s summit between U.S. President Joe Biden and Russian President Vladimir Putin in Geneva, a grim reality is that Democratic Party leaders have already hobbled its potential to move the world away from the worsening dangers of nuclear war.

After nearly five years of straining to depict Donald Trump as some kind of Russian agent — a depiction that squandered vast quantities of messaging without electoral benefits — most Democrats in Congress are now locked into a modern Cold War mentality that endangers human survival.

In the new light of atomic weaponry, Albert Einstein warned against “the outmoded concept of narrow nationalisms.”

But the concept is flourishing as both parties strive to outdo each other in vilifying Russia as a locus of evil. Rather than coming to terms with the imperative for détente between the two countries that brandish more than 90 percent of the world’s nuclear warheads, the Democratic leadership at both ends of Pennsylvania Avenue has been heightening the bilateral tensions that increase the chances of thermonuclear holocaust. 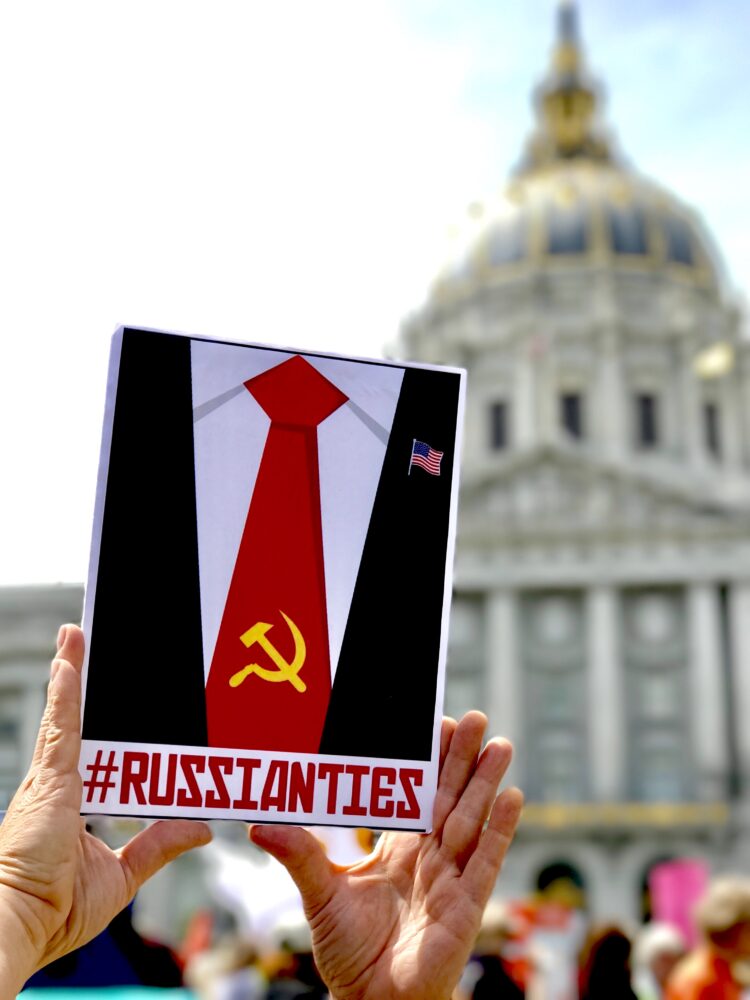 Biden has excelled at gratuitous and dangerous rhetoric about Russia. As this spring began, he declared on national television that President Putin is “a killer” — and boasted that he told the Russian leader that he has “no soul” while visiting the Kremlin in 2011.

It was a repeat of a boast that Biden could not resist publicly making while he was vice president in 2014 and again while out of office in 2017. Such bombast conveys a distinct lack of interest in genuine diplomacy needed to avert nuclear war.

Meanwhile, what about self-described progressives who see themselves as a counterweight to the Democratic Party establishment? For the most part, they remained silent if not actively portraying Russia as a mortal enemy of the United States. Even renowned antiwar voices in Congress were not immune to party-driven jingoism. 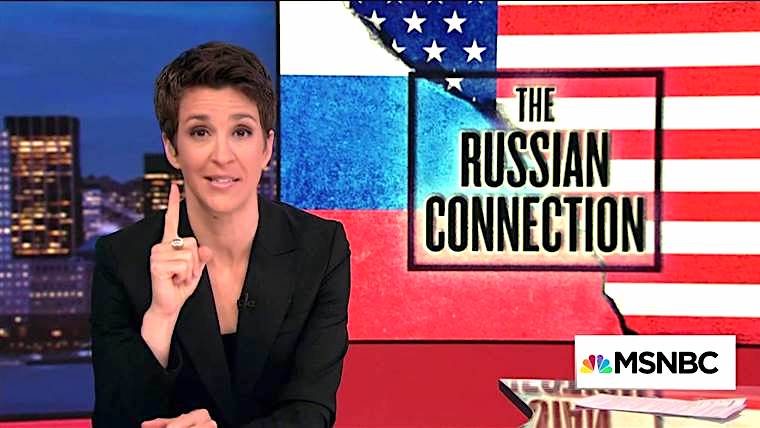 Never mind that the structurally malign forces of corporate America — and the numerous right-wing billionaires heavily invested in ongoing assaults on democracy — appreciated the focus on Russia instead of on their own oligarchic power. And never mind that, throughout the Trump years, the protracted anti-Russia frenzy was often a diversion away from attention to the numerous specific threats to electoral democracy in the United States.

Two years ago, when the Voting Rights Alliance drew up a list of “61 Forms of Voter Suppression,” not one of those forms had anything to do with Russia.

Capacities to educate, agitate and organize against the profuse forms of voter suppression were hampered by the likes of MSNBC star Rachel Maddow, whose extreme fixation on Russian evils would have been merely farcical if not so damaging. Year after year, she virtually ignored a wide range of catastrophic U.S. government policies while largely devoting her widely watched program to stoking hostility toward Russia. Maddow became a favorite of many progressives who viewed her show as a fount of wisdom.

Progressives — who are supposed to oppose the kind of “narrow nationalisms” that Einstein warned against at the dawn of the nuclear age — mostly steered clear of challenging the anti-Russia orthodoxy that emerged as an ostensible way of resisting the Trump presidency. Routinely, many accepted and internalized the scapegoating of Russia that was standard fare of mainstream media outlets — which did little to shed light on how threats to democracy in the United States were overwhelmingly homegrown, rooted in corporate power.

Now, on the verge of the Biden-Putin summit, U.S. media outlets are overflowing with calls to confront Russia as well as China, pounding on themes sure to delight investors in Pentagon contracting firms. Leading Democrats and Republicans are in step with reporters and pundits beating Cold War drums. How much closer do they want the Doomsday Clock to get to midnight before they call off their zeal to excite narrow nationalisms?

It scarcely seems to matter to anti-Russia zealots, whether “progressive” or not, that the Bulletin of the Atomic Scientists began this year with an ominous warning:

“By our estimation, the potential for the world to stumble into nuclear war — an ever-present danger over the last 75 years — increased in 2020. An extremely dangerous global failure to address existential threats — what we called ‘the new abnormal’ in 2019 — tightened its grip in the nuclear realm in the past year, increasing the likelihood of catastrophe.”

Far from the maddening crowd of reckless Cold Warriors, the American Committee for U.S.-Russia Accord released an open letter last week that made basic sense for the future of humanity:

“The dangerous and in many ways unprecedented deterioration in relations between the United States and the Russian Federation must come to an end if we are to leave a safer world for future generations. . . . We believe that the time has come to resurrect diplomacy, restore and maintain a dialogue on nuclear risks that’s insulated from our political differences like we did during the Cold War. Without communication, this increases the likelihood of escalation to nuclear use in a moment of crisis.”

It’s a sad irony that such clarity and wisdom can scarcely be found among prominent Democrats in Congress, or among many of the groups that do great progressive work when focused on domestic issues. The recent fear-mongering over Russia has been a factor in refusals to embrace the anti-militarist message of Martin Luther King’s final year.

In the United States, the political context of the Biden-Putin summit should have included widespread progressive support for genuine diplomacy with Russia. Instead, overall, progressives went along with Democratic Party leaders and corporate liberal media as they fueled the momentum toward a nuclear doomsday.

← PATRICK LAWRENCE: The US-Russia Summit
Bipartisan US Attacks on Journalism →