U.S. veterans have received some compensation, writes Marjorie Cohn, but very little assistance has been given to the intended victims of the defoliant. 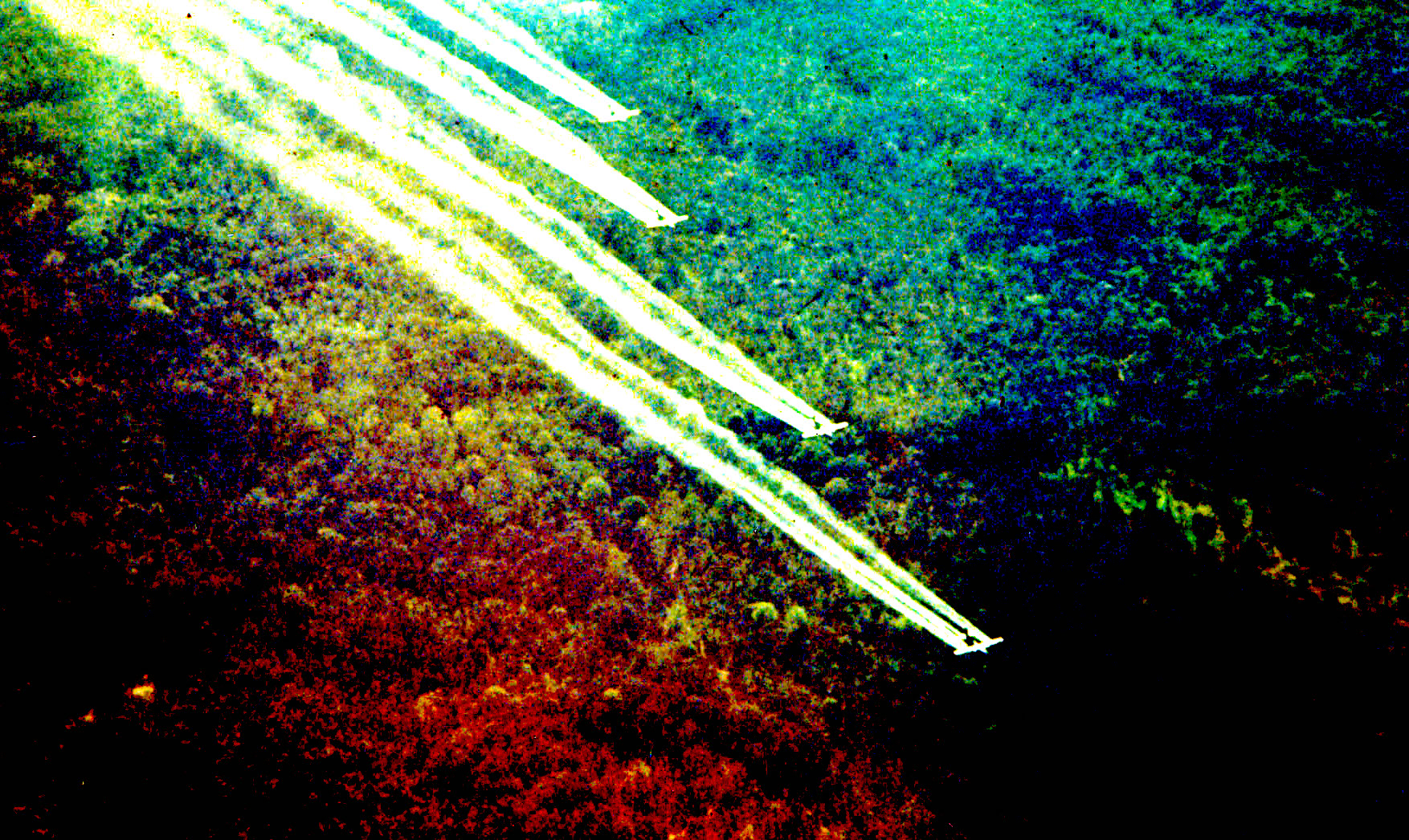 The Vietnam War ended in 1975, but Vietnamese people today continue to suffer the effects of Agent Orange, the deadly dioxin-containing chemical weapon that the U.S. sprayed over 12 percent of South Vietnam from 1961-1971, poisoning both the people and the land.

Descendants of the approximately 2-to-4 million Vietnamese people, hundreds of thousands of U.S. Vietnam veterans and Vietnamese-Americans who were exposed to the toxin continue to record disproportionate rates of congenital disabilities and higher rates of many diseases.

U.S. veterans receive some compensation from the U.S. government, but very little assistance has been given to the Vietnamese people, the intended victims of the defoliant Agent Orange.

Thus, on May 25, Rep. Barbara Lee (D-California) introduced H.R. 3518, the Victims of Agent Orange Relief Act of 2021, in the House of Representatives. The Vietnam Agent Orange Relief & Responsibility Campaign, for which I serve as co-coordinator, assisted Lee in drafting the bill.

“The United States has a moral responsibility to compensate the victims of the Agent Orange campaign,” Lee told Truthout. “In the same way we are focused on beginning to repair the damage of systemic racism in the form of reparations, and the war on drugs with restorative justice, it is also our responsibility to try and atone for this disgraceful campaign during the Vietnam War.” 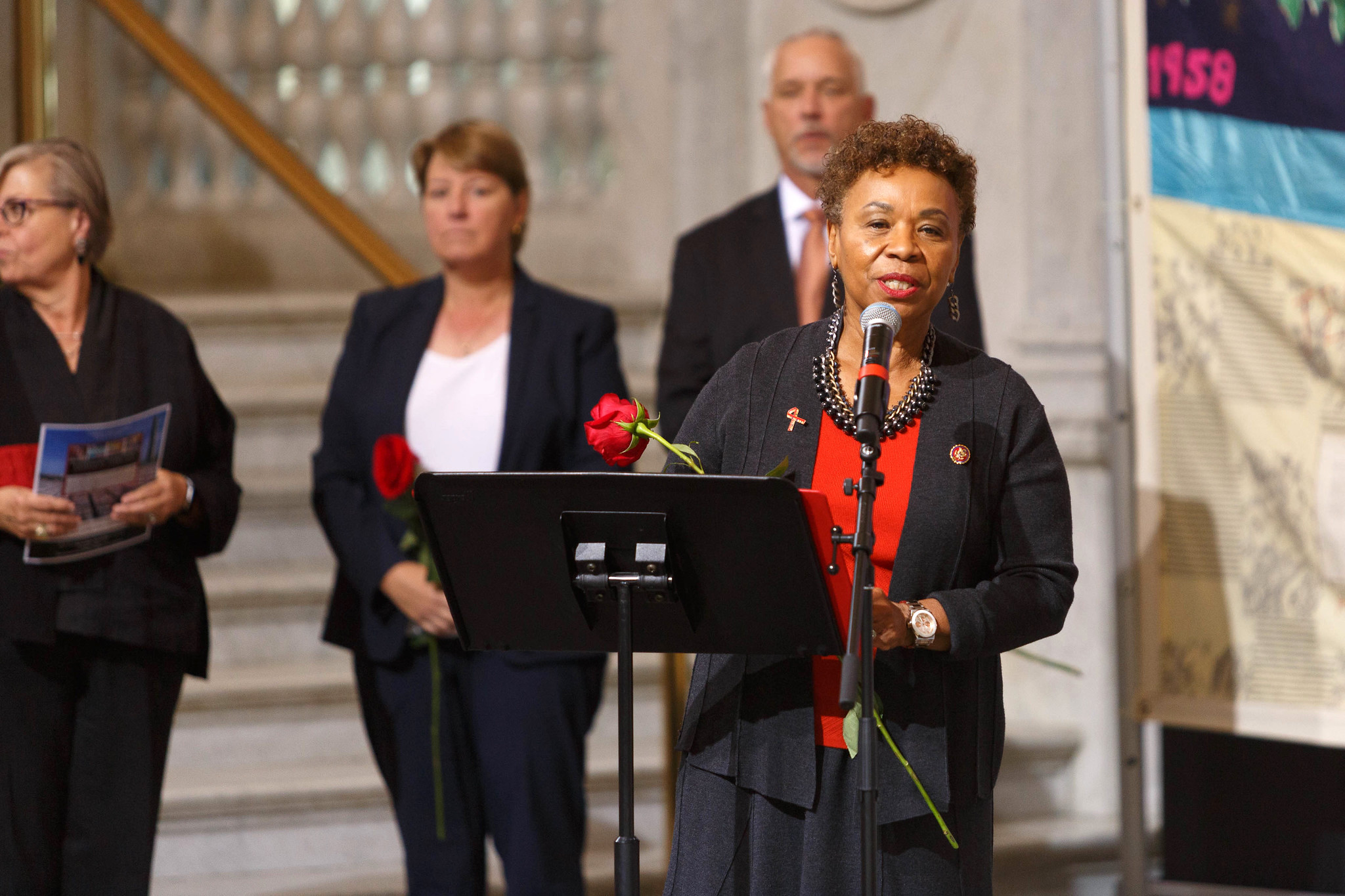 U.S. Rep. Barbara Lee, at the microphone, in 2018. (Shawn Miller,Library of Congress, Flickr)

Lee noted, “The United States has contributed more than $125 million over the last 30 years in assistance through USAID for persons with significant disabilities, regardless of cause, in areas heavily sprayed with Agent Orange. This project is part of the U.S. government’s efforts to address legacies from U.S.-Vietnam War.”

But no assistance has been provided to the children of Vietnamese or Vietnamese Americans associated with their exposure, or their parents’ or grandparents’ exposure, to Agent Orange.

Lee said H.R. 3518 “would expand benefits to children of veterans exposed to Agent Orange; expand research on Agent Orange and its effects on the health of exposed individuals; and provide medical, housing and poverty reduction assistance to Vietnamese individuals affected by exposure as well as their children,” adding, “It would also provide environmental remediation for areas in Vietnam exposed to Agent Orange and conduct a needs assessment on the Vietnamese American community.”

In addition, Lee observed, the bill would “provide grants that fund a broad health assessment for Vietnamese Americans who may have been exposed to Agent Orange as well as their children and descendants.” H.R. 3518 requires the establishment of “centers that provide ‘assessment, counseling, and treatment for conditions related to exposure to Agent Orange’ in areas with large Vietnamese-American populations,” Lee said.

Two weeks before the introduction of Lee’s bill, a French court dismissed a lawsuit that Tran To Nga, a French-Vietnamese victim of Agent Orange, filed in 2015 against 14 chemical companies, including Dow and Monsanto, that produced and sold Agent Orange. The court in Evry, France, ruled that it did not have jurisdiction to hear the case because the companies acted “on the orders” of the U.S. government which was involved in a “sovereign act.” 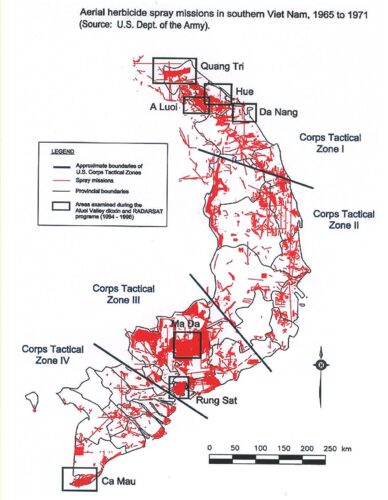 Working in Vietnam as a war correspondent in 1966, Tran and others with her were enveloped by the U.S. government’s spraying of the chemicals. “I saw a plane pass with a cloud behind it. And then my whole body was drenched in a sticky powder, and I started coughing and coughing. I didn’t know that this powder that had just covered me was a poison,” Tran says in the new documentary, The People vs. Agent Orange, directed by Alan Adelson and Kate Taverna and scheduled to air on PBS on June 28.

Tran’s first daughter weighed 6.6 pounds at the age of 3 months. Shortly after birth, her daughter’s skin began shedding. The baby could not bear to have any skin contact or simple demonstrations of affection, Tran testified in 2009 before the International People’s Tribunal of Conscience in Support of the Vietnamese Victims of Agent Orange. The child still weighed 6.6 pounds when she died at 17 months. Tran’s second daughter still suffers from alpha thalassemia, a genetic blood disease. Tran herself has type-2 diabetes, tuberculosis and cancer.

“For 40 years, I carried within me this guilt of being a bad mother who did not know how to protect her children, or worse, who sowed misfortune to her offspring,” Tran told Truthout in an email. It wasn’t until 2008 when Tran visited Vietnamese victims of Agent Orange that she made the connection between her toxic exposure and the illnesses she and her daughters have endured.

Tran decided to sue the U.S. companies “because all the other victims no longer have the opportunity to do so. If I don’t,” she added, “the [Agent Orange] drama would be unknown for a long time to come and the crime of the greatest chemical war against humanity still goes unpunished. Above all, millions of dioxin victims would never have any assistance to be able to live with dignity during their already too miserable and painful lives.”

Tran’s lawyer, William Bourdon, who is appealing the judge’s ruling, said the court applied an obsolete definition of sovereign immunity that did not comply with international and French law. “I am disappointed, I am angry, but I am not sad,” Tran said at a news conference. “We are going to carry on because our cause is just. Truth is on our side.” 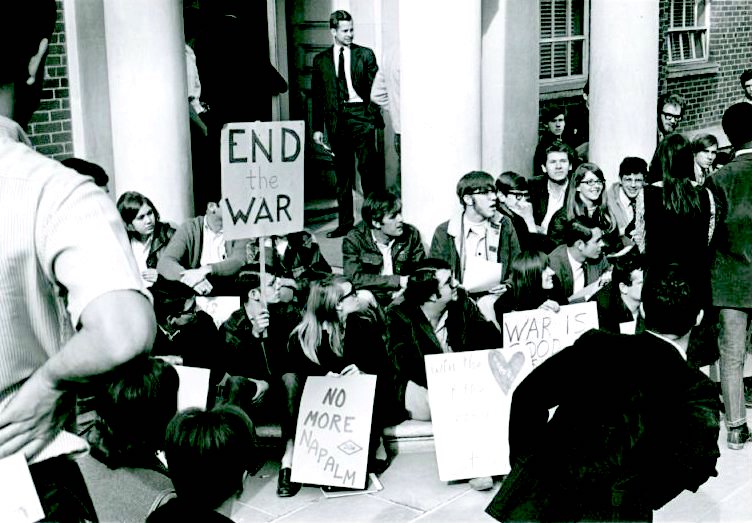 Feb. 5 1968: Duke University students protesting the school’s affiliation with Dow Chemical Company, which was on campus that day to recruit employees and refused to answer questions about its production of napalm for use in the Vietnam War. (Duke University Archives, Flickr, CC BY-NC-SA 2.0)

Tran’s lawsuit alleges that the U.S. chemical companies committed “ecocide” because Agent Orange destroyed the environment of Vietnam. The 2009 Paris tribunal, which heard testimony from 27 victims, witnesses and scientific experts, made a finding of “ecocide.” The seven judges from three continents, including me, concluded, “The damages caused to the land and forests, water supply, and communities and the ecosystems can be legitimately be called an ecocide, as the forests and jungles in large parts of southern Vietnam have been devastated and denuded, and may either never grow back or take 50 to 200 years to regenerate.”

Today, dozens of environmental hotspots continue to contaminate the soil, food, sediment, wildlife and livestock in Vietnam with dioxin. In 2017, the United States assisted in cleaning up the Agent Orange contamination at the largest hotspot at the Da Nang Airport. In addition, the United States has pledged $30 million a year for 10 years toward the cleanup of the hotspot at Bien Hoa, but the total cost may exceed $1 billion. And there are several other smaller hotspots throughout Vietnam that must also be cleaned up as they continue to expose the people there to dioxin and arsenic.

Lee told Truthout she is “proud that, at the request of the Vietnam government, the U.S. cleaned up Danang Airport and reduced the risk of dioxin exposure to the surrounding community. Now, we are working together on dioxin remediation at Bien Hoa Airbase, which is the largest remaining dioxin hotspot in Vietnam.” Lee noted, “USAID has agreed to provide an initial five-year, $183 million contribution to this project. The bill provides for additional cleanup in areas that were heavily sprayed, such as areas that served as military bases and sites of aircraft crashes, and I will continue to ensure that U.S. assistance is provided for the Bien Hoa Airbase clean up.”

But the Chemical Companies Get Off Scot-Free

In 1979, U.S. veterans of the Vietnam War sued the U.S. government and the chemical companies, including Dow and Monsanto, for compensation resulting from their exposure to Agent Orange. The case settled out of court in 1984 for $180 million which gave a few of the plaintiffs a few thousand dollars each. Later, U.S. veterans won a legislative victory for compensation and they receive several billion dollars per year in benefits. 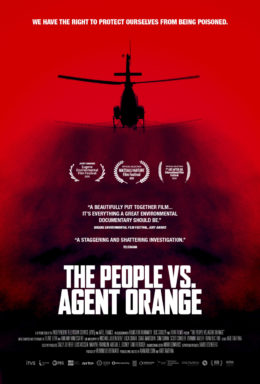 Vietnamese victims filed a lawsuit in 2004 against the chemical companies that manufactured Agent Orange. In 2008, U.S. District Judge Jack Weinstein, who had also presided over the U.S. veterans’ lawsuit, dismissed the case brought by the Vietnamese people, concluding that Agent Orange did not constitute a poison weapon prohibited by the Hague Convention of 1907. Weinstein had reportedly told the chemical companies when they settled the U.S. veterans’ suit that their liability was over and he apparently made good on his promise. His 2008 dismissal was affirmed by the Second Circuit Court of Appeals and the Supreme Court declined to hear the case.

In the film The People vs. Agent Orange, Weinstein says that the veterans’ case “was not settled on any scientific basis. It was settled on a political basis … The moment it was settled, [the chemical companies’] stock went up.”

U.S. veterans who continue to suffer Agent Orange related diseases were exposed to, but were not the intended victims of, the deadly chemicals. Nonetheless, the U.S. government is paying for their compensation when private companies that manufactured the chemicals, which they knew to contain deadly dioxin, have not paid the price for allowing the United States to use those chemicals in the first place. Moreover, those companies profited from their sales of Agent Orange to the government.