Craig Murray denounces the U.K.’s persecution of Richard Barnard for calling out his country’s role in the manufacture of instruments for the death and maiming of Palestinians. 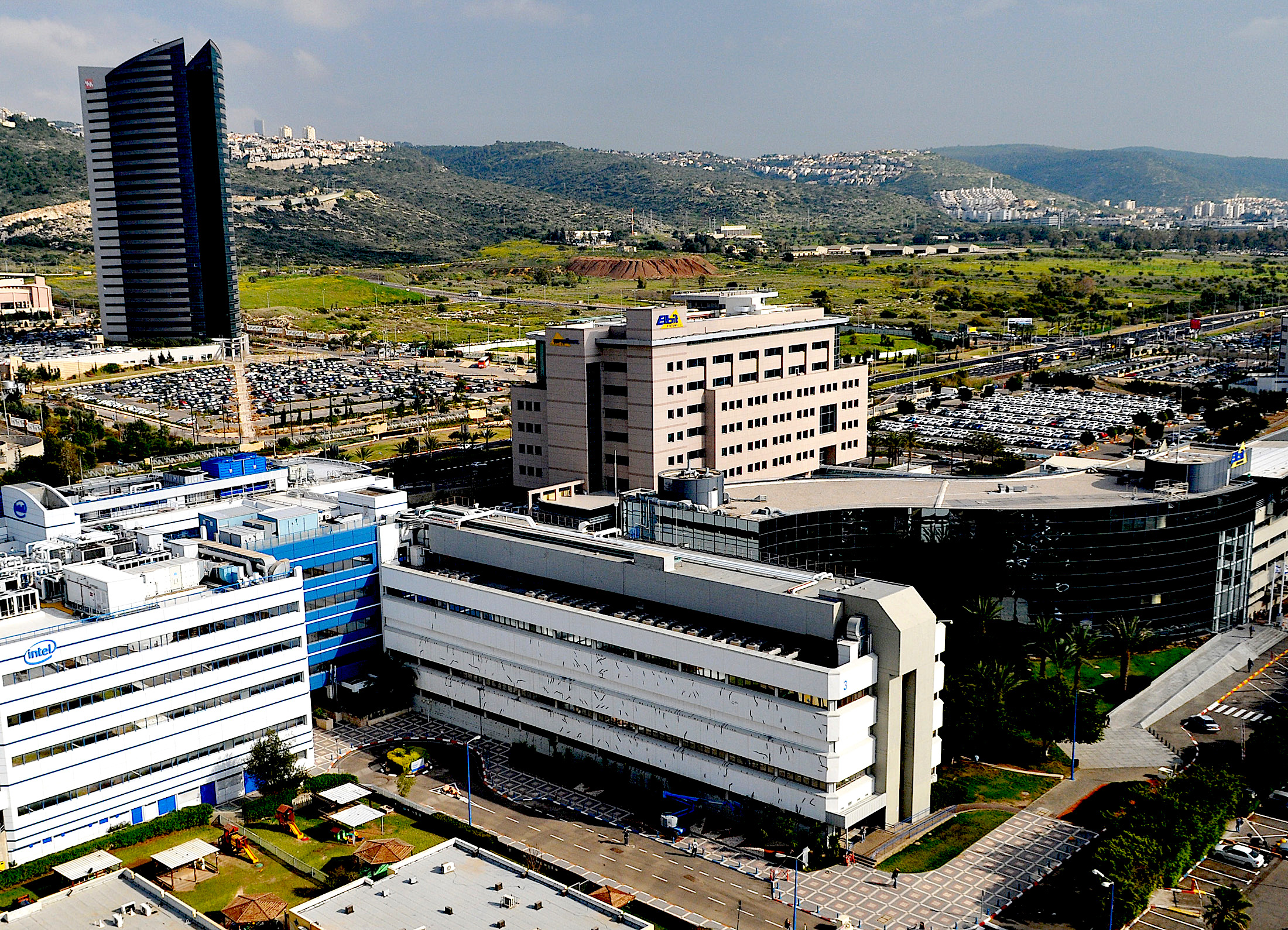 Matam high-tech park in Haifa, Israel, where military manufacturer Elbit Systems has one of the buildings in the foreground. (Zvi Roger, Haifa Municipality, CC BY 3.0, Wikimedia Commons)

Once you have been active in politics for a few decades, you get used to the popular convulsions of support for Palestine every few years when Israel military action against Gaza becomes particularly intense. Then follows a ceasefire, the media move on and Israel resumes the daily routine of low-level evictions, destruction of tree crops, imprisonments and murders that accomplishes the gradual extinction of the territories that the Western powers pretended to intend for a Palestinian state.

For the media, 50 Palestinian children killed in a week has been a story. The regular killing of 50 a year is not; and anybody who thinks it is must be labeled an anti-Semite and hounded from political life.

As a young man, the two great injustices we campaigned on were South Africa and Palestine. I never dreamt the latter abuse would possibly outlast me. These two issues resonated so much because they were both remnants of European colonial arrogance, founded on racism and a sense of cultural superiority.

Nowadays I cannot even think myself into a mindset that says that for the greater good of the United Kingdom, it is O.K. to deport the entire population of the Chagos Islands to make way for a military base. But that was the view not just of governments, but of Labour governments, inside my own lifetime.

I should like to think that the undeniable openness of Israeli apartheid rule has made a fundamental shift in thinking towards Palestine, but I do not think much has in fact changed. The media and political class remain bought and paid for on the issue.

The general British population may return to slumber until the next major bombings, but one man who will not forget is Richard Barnard of Palestine Action. Incredibly, Barnard has been charged by police and the Crown Prosecution Service with blackmail for proposing to hunger strike until the Israeli Elbit weapons factories in the U.K. are closed down.

That is not a mistake; he really is charged with blackmail for a proposed hunger strike. I have been trying to find precedent for this and while I can find examples of the argument being made that hunger strike is emotional extortion, I certainly cannot find any example, anywhere in the world, of actual prosecution. The International Committee of the Red Cross has considered the ethical argument with relation to prisoners:

“Hunger strikers are often criticized for using their physical welfare as an instrument of protest, the (debatable) argument being that this constitutes a form of blackmail. It is inappropriate to assert, however, that hunger strikers should be placed in the same category as persons intending to commit suicide. This is a simplistic approach to the issue which wrongly reduces it to purely medical terms: namely, that since any doctor would come to the assistance of someone who attempts suicide, so hunger strikers should be “assisted“ (i.e. force-fed) to prevent them from ‘killing themselves’.

This is certainly a misconception. Someone who attempts suicide is either appealing for help, as in the majority of cases, or he truly wants to end his life. (The ‘black-and-white case’ often cited here is that of a general, found guilty of treason, who prefers to blow his brains out rather than face a shameful court-martial. Although some doctors would even argue for a case of acute and severe depression, it can be claimed that not all suicides are necessarily to be ‘medicalized’.)

The clear-cut case of a politically motivated hunger striker is different. The striker does not want to die: on the contrary, he wants to ‘live better’, by obtaining something for himself, his group or his country. If necessary, he is willing to sacrifice his life for his cause, but the aim is certainly not suicide. (Soldiers charging a heavily defended enemy position also run the risk of dying. Are they suicidal too?) All too often hunger strikers who fast up to or beyond the limits of irreversible physiological consequences are labelled as suicidal. This naturally gives any prison or judicial authority the perfect excuse for ordering doctors to intervene forcibly.”

Having witnessed and reported day after day after day of abuse of process in the extradition hearing of Julian Assange, I have entirely lost any faith in the justice system where it collides with the wishes of government. But the persecution of Richard Barnard for his calling out the U.K.’s role in the manufacture of instruments for the death and maiming of Palestinians takes things to a whole new level. The law is twisted by power to make all dissent criminal.

The homepage feature image is of Palestine Action’s Richard Barnard in a Real Media video still.

← Biden and Normalizing Relations with Cuba
The Possibility of Thought & BDS →

4 comments for “Twisting UK Law to Criminalize Dissent on Palestine”