Historically, the country ignited the imagination of black people across the globe. Brooks Marmon looks into what happened. 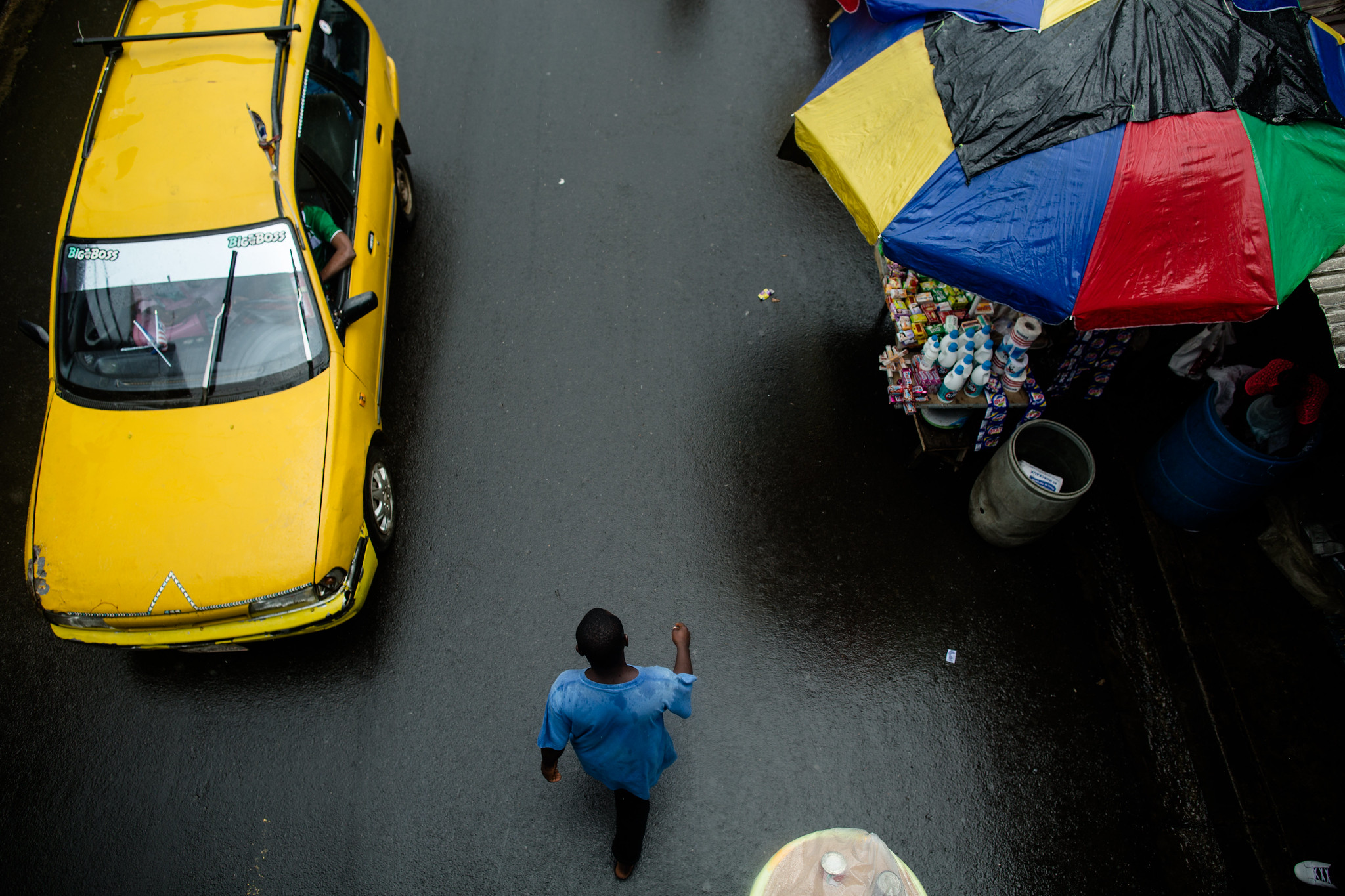 By Brooks Marmon
Africa is a Country

In 2019, the Government of Ghana ran a successful campaign, the Year of Return, marketing the country as a beacon for the African diaspora. Drawing upon commemorations marking the 400th anniversary of the introduction of slavery in the English colony of Virginia, the initiative primarily targeted black Americans and attracted high-profile visitors like Cardi B, Steve Harvey, and Ilhan Omar.

Next year marks the bicentennial of black American settlement under white American direction in Liberia, Ghana’s regional neighbor. The resulting “Americo-Liberian” settler group ruled over the country following its 1847 independence from the white-dominated American Colonization Society, only losing power after a military coup in 1980. Even without the drastic curtailing of global travel as a result of the coronavirus pandemic, the prospect of a similar pilgrimage or significant commemoration of Liberia’s unique heritage seems unlikely.

The uneasy product of collaboration between white southern slaveholders and northern abolitionists, Liberia lacks the revolutionary pedigree of a nation like Haiti, or the heritage of armed resistance of Ethiopia’s struggle against European imperialism. A search of posts on Black Perspectives, the blog of the African American Intellectual History Society, with “Liberia” in the title returns zero results; “Haiti” garners 10.

Historically, Liberia ignited the imagination of black people across the globe. For over a century, it was one of the few countries in an imperialist world system where black people governed themselves. Although Liberia’s colonization was controversially implemented under white American direction in 1822, by the second half of the century, prominent black American theologians like Henry McNeal Turner and Alexander Crummell were promoting black emigration to the only internationally recognized independent nation in west Africa. 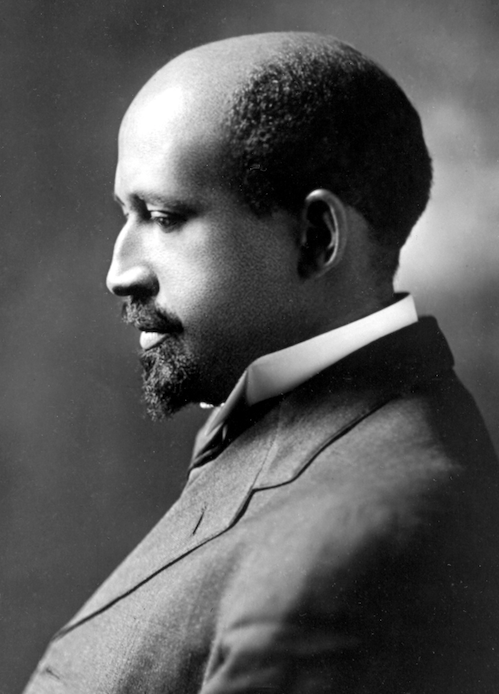 Black America’s enthusiasm for Liberia accelerated in the aftermath of World War I. As famed black American intellectual W.E.B. Du Bois wrote in the 1930s, “the success of Liberia as a Negro republic would be a blow to the whole colonial slave labor system.” Both Du Bois and Marcus Garvey, two of the most prominent American pan-Africanists (Garvey was an immigrant from Jamaica), were bullish on Liberia in the 1920s.

However, each soon drifted away from their veneration of the country, simultaneously foreshadowing and contributing to Liberia’s broader diminution on the pan-African stage. In the final years of his life, Du Bois (along with many other black Americans) actually settled in Accra, Ghana, embracing Kwame Nkrumah’s more revolutionary pan-Africanism. Meanwhile, neither Garvey nor his Black Star Line ever reached the continent, and Liberia was never definitively associated with his movement’s “Back to Africa” mantra.

The violent 1980 coup, a long-running civil war (1989–2003), and xenophobia induced by the Ebola crisis (2014–16) all either contributed to the destruction of documentary evidence of Liberia’s pan-African interventions or further undermined the country’s status as a source of revolutionary intellectual thought. 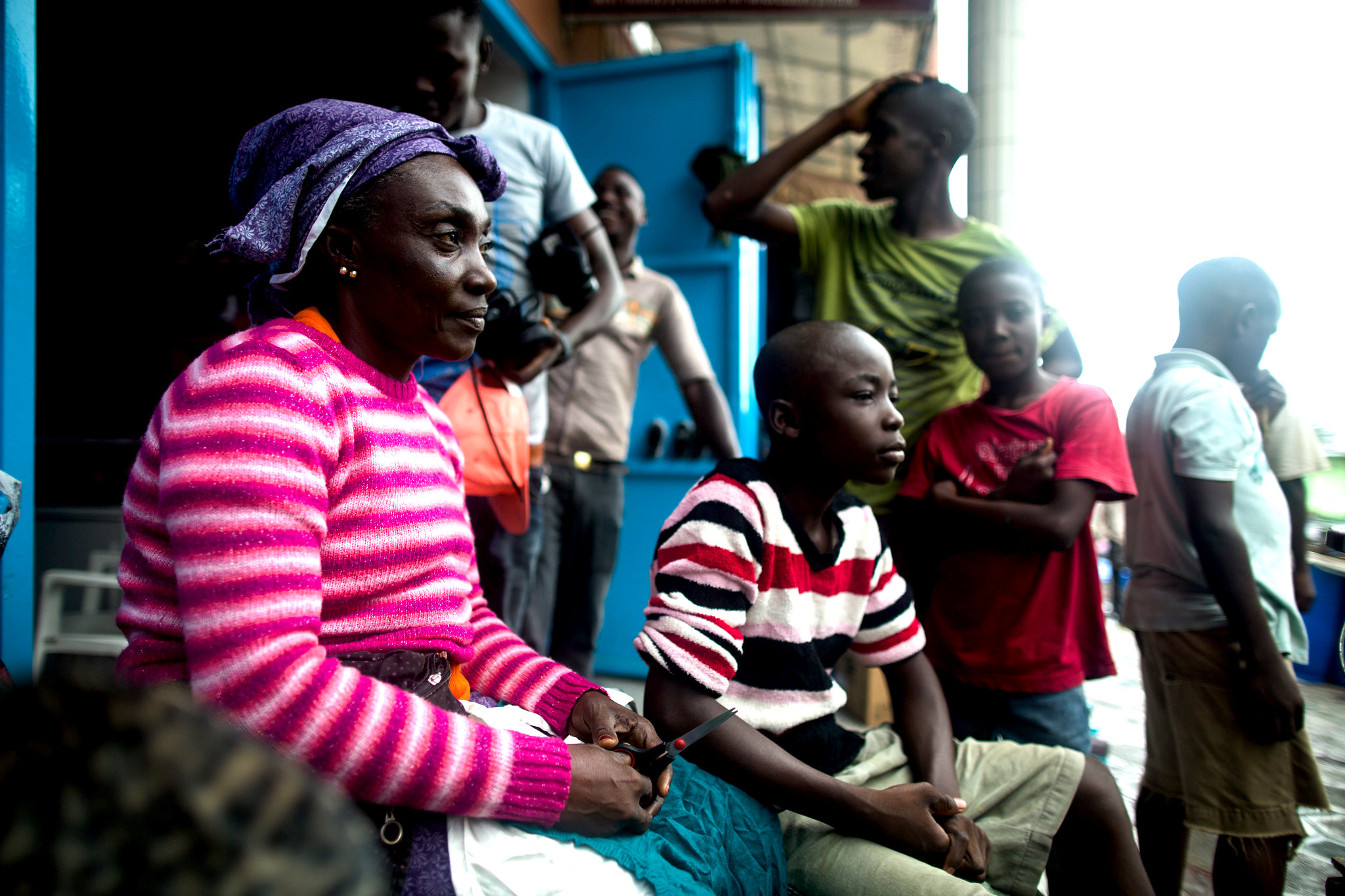 At least the second part of Lacy’s dismissal is questionable. Tubman was indeed wary of the call for a United States of Africa espoused by Nkrumah; the more moderate bloc of African states took the name the “Monrovia Group,” after the Liberian capital. However, Tubman’s government actively pursued an anti-colonial policy generally in line with Liberia’s historic position as a beacon for black aspirations.

President Tubman hosted a 1959 summit with Nkrumah and Sékou Touré of Guinea which laid the groundwork for the formation of the Organization of African Unity. A Liberian official played a prominent role in creating the African Development Bank. Southern African freedom fighters like Nelson Mandela visited Liberia and received support from Tubman, while other exiles taught at the University of Liberia. Tubman even maintained a long-term relationship with Marcus Garvey’s first wife, the Jamaican-born Amy Ashwood Garvey. His successor, William Tolbert, deepened Liberia’s pan-African engagements, broke ties with Israel, and was President of the Organization of African Unity at the time of the 1980 coup.

Lacy’s critical appraisal of Liberia’s position in anti-colonial pan-Africanism has become ensconced in contemporary Western thought. A recent assessment by a Georgetown University scholar pointing to Liberia’s anomalous historical position emphasizes the country’s reactionary roots by downplaying the country’s erstwhile pan-African allure and focusing on the anti-emigration sentiments of prominent black leaders like Frederick Douglass. Another American scholar, examining the discrimination against those who did not have an Americo-Liberian background, asserted that Liberia’s establishment “redrew the frontier of the anti-black world.” 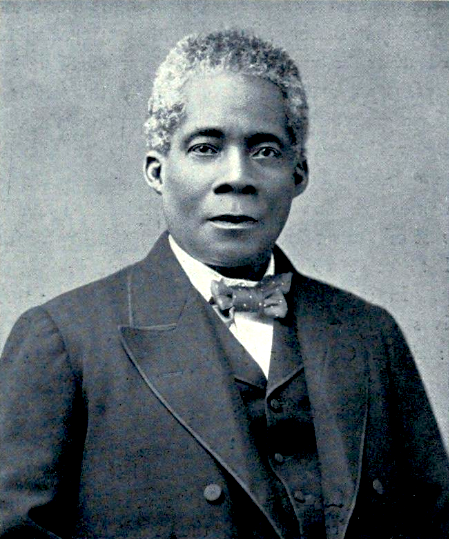 One of the few émigrés to Liberia in the 19th century to assume prominence in modern discussions of pan-Africanism is Edward Blyden.

However, Blyden’s contributions as a diplomat and administrator in Liberia are often overlooked in favor of his intellectual contributions to the “African personality” and cultural pan-Africanism. The most recent biography of Blyden makes no reference to his role in co-founding the True Whig Party, one of Africa’s oldest political parties and the political home of President Tubman. Unlike the titans of the Haitian Revolution (Louverture, Dessalines, Christophe), the leading figures of early Liberian nation building (Roberts, Russwurm, Teague) rarely feature in contemporary discussions of 19th-century pan-African icons.

The undeniable disdain the Americo-Liberian elite displayed toward their fellow compatriots from an undiluted African ethnic background may explain Liberia’s marginalization in pan-African circles. Western writing on Liberia often criticizes the black emigrants for reproducing racist American practices in Africa.

While it is important to foreground the lingering malignant impact of white American racism on Liberian society, a move toward a holistic postcolonial praxis would recognize Liberia’s challenges and accomplishments in the face of overwhelming adversity. It would also consider the pressures emanating from the less enlightened contributions of ostensible pan-African allies.

In 1930, Liberian President C.D.B. King resigned in the face of allegations that he had countenanced the recruitment of forced labor to European colonies in Africa. Charles Johnson, who later became the first black president of Fisk University, sat on a League of Nations commission of inquiry into the allegations, which tarnished Liberia’s global reputation. Adom Getachew has recently argued that this body’s hypocritical condemnation was an effort to circumscribe Liberian sovereignty. 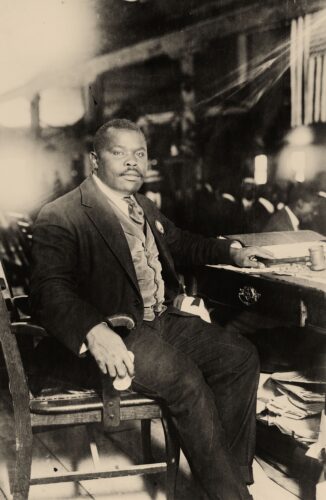 Du Bois and Garvey sparred over their visions for Liberia; in fact, the former originally encouraged Lacy’s despised Firestone Rubber and Tire Company to establish operations in Liberia. Although Du Bois soon repudiated this position, other black American intellectuals retained confidence in a capitalist-driven model for Liberian development.

Max Bond Sr., a black American president of the University of Liberia (1950–54), corresponded with Firestone officials in the U.S. and encouraged them to leverage their influence in the region with the aim of “winning Africa.” Bond also warned officials at the U.S. Embassy of attempts by the United Nations Educational, Scientific and Cultural Organization (UNESCO) to “completely uproot” the university’s American-style system of education. Unsurprisingly, he frequently clashed with his Liberian boss.

Liberia’s position was further diminished by its strong backing for the U.S. during the Cold War. President-elect Tubman and his predecessor were the first black dignitaries to be entertained at the White House since Booker T. Washington’s visit in 1901. Liberia also hosted a Voice of America relay station and housed the main CIA listening post in Africa.

Genuine attempts to expose neocolonialism and decolonize the academy should seriously consider both the merits and demerits of Liberia’s role in pan-African thought and action. Those looking for inspiration in this regard can direct their attention to efforts primarily led by Liberians and Liberian-Americans. The Focus on Liberia platform hosted several events during Black History Month under the banner “Liberian History is Black History.”

The gulf between these efforts and more “mainstream” activities highlighting black internationalism fails not only Liberia, but all of those who, as the country’s founders asserted in the 1847 declaration of independence, “were debarred by law from all rights and privileges of man” due to their skin color.

Brooks Marmon is a postdoctoral fellow at the University of Pretoria, South Africa.