Amid growing opposition to the violation of Palestinian human rights, Marjorie Cohn notes that 31 U.S. states have legislation against boycott of and divestment. 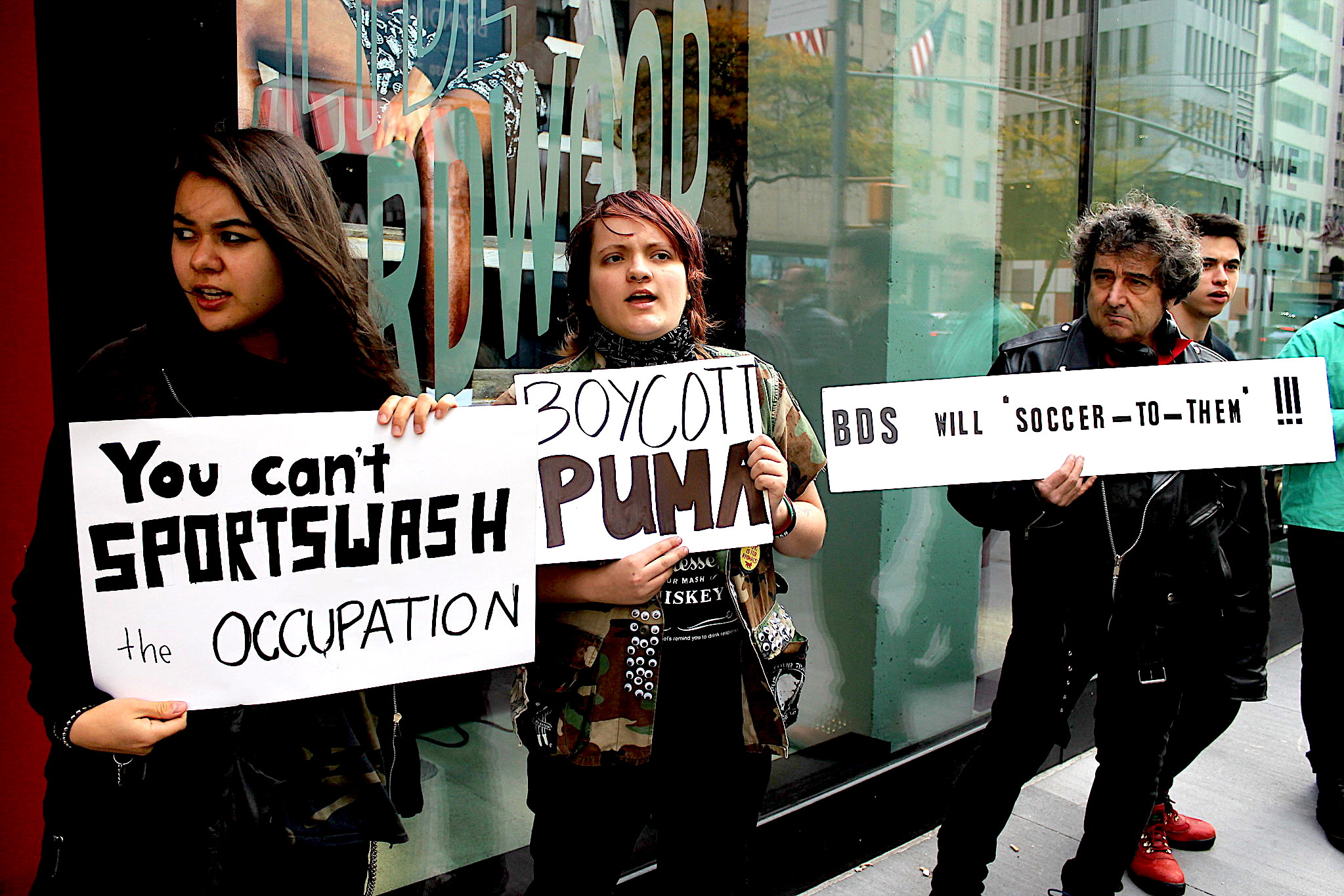 Israeli police are now threatening to carry out mass arrests against Palestinian citizens of Israel — arrests intended to punish those who took part in sit-ins and other protests in solidarity with Palestinians living in East Jerusalem and Gaza.

This latest attack on Palestinian rights comes just days after Israeli police once again attacked Palestinians at Al Aqsa Mosque, and after the Israeli military viciously bombed Gaza for 11 days, killing 248 Palestinians and wounding more than 1,900, destroying 16,800 Palestinian homes and displacing tens of thousands of Palestinians.

Outrage against Israel’s ongoing apartheid system and routine attacks on Palestinian rights and lives is mounting worldwide, setting the stage for a new burst of energy in the global movement for boycotts, divestment and sanctions (BDS) against the Israeli regime — a nonviolent movement in support of the Palestinian struggle for freedom and equality.

Renewed calls for BDS have emerged in the reshaped new political moment following the ceasefire that began on May 20 after President Joe Biden, who has essentially continued Donald Trump’s policy of pandering to Israel, finally put his foot down following outrage by a critical mass of congressional Democrats and protests in the U.S. and around the world, and said he expected “significant de-escalation” of Israel’s attacks on Palestinians. Israeli Prime Minister Benjamin Netanyahu complied with Biden’s directive and agreed to the ceasefire with Hamas. 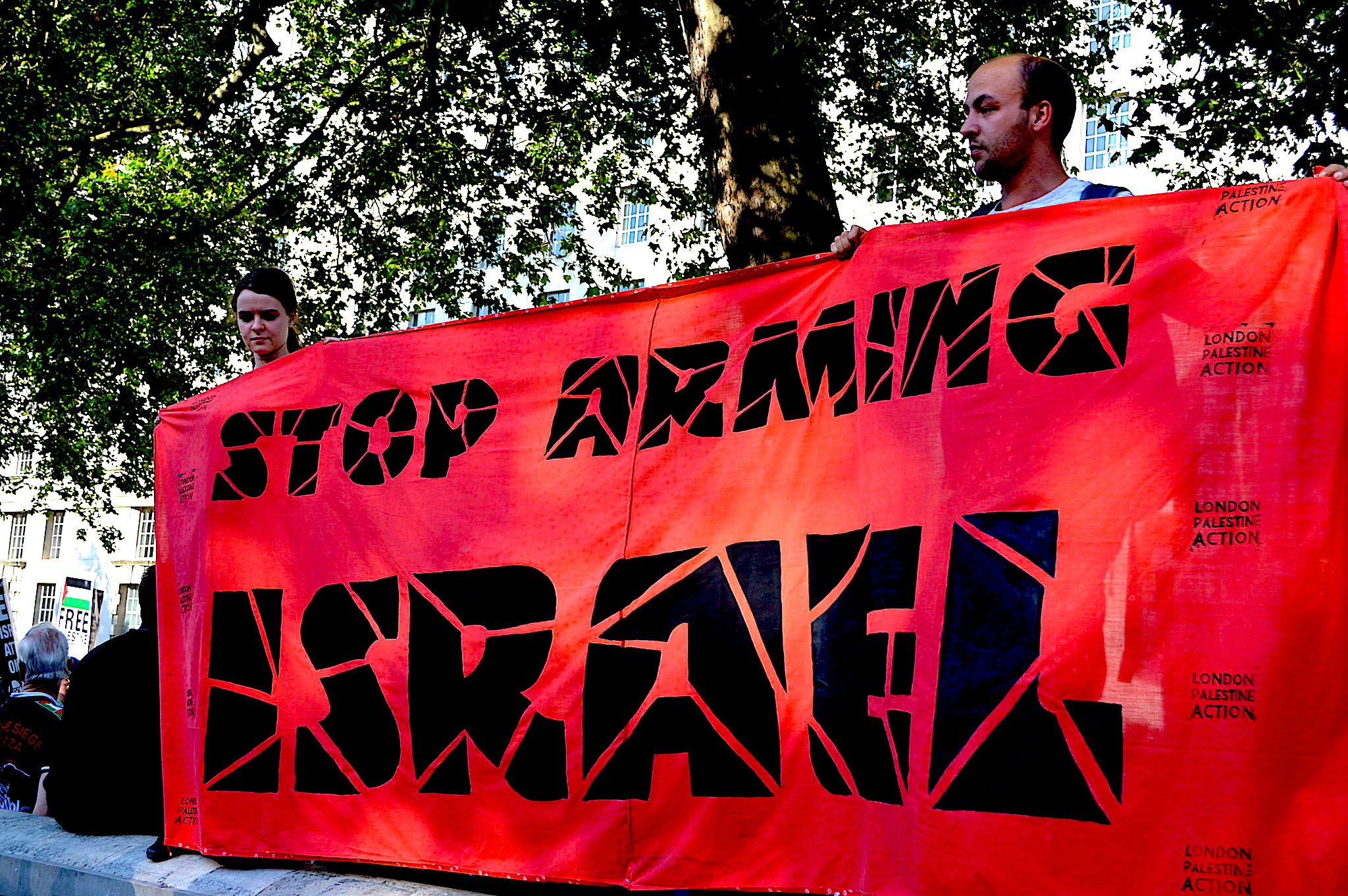 Palestinians are forced “to live in constant uncertainty, making it difficult to perform simple tasks and make plans,” according to B’Tselem, the leading Israeli human rights organization.

“A Palestinian leaving home in the morning cannot know whether he or she is going to make it [to] work — on time or at all — or to keep a medical appointment, visit family or catch a movie. She might make it, or she might be delayed at a checkpoint for hours, detained and humiliated by soldiers. She may have to turn around and go back the way she came. She may get arrested.”

Israel’s massacre of Palestinians in “Operation Guardian of the Walls” — the Israeli military’s name for its most recent 11-day assault on Gaza — has led to renewed calls for BDS against the Israeli regime.

In 2005, 170 Palestinian civil society organizations called for boycott, divestment and sanctions. They described BDS as “non-violent punitive measures” that would last until Israel fully complies with international law by (1) ending its occupation and colonization of all Arab lands and dismantling its barrier wall; (2) recognizing the fundamental rights of the Arab-Palestinian citizens of Israel to full equality; and (3) respecting, protecting and promoting the rights of Palestinian refugees to return to their land as stipulated in UN General Assembly Resolution 194.

“A particularly important source of Palestinian hope is the growing impact of the Palestinian-led nonviolent BDS movement,” Omar Barghouti, co-founder of BDS, wrote in The Nation. BDS “aims at ending Israel’s regime of military occupation, settler-colonialism, and apartheidand defending the right of Palestinian refugees to return home.”

The BDS movement is largely modeled on the boycott that helped end apartheid in South Africa. As has been confirmed most recently by Human Rights Watch, Israel also maintains a system of apartheid.

In 2001, the National Lawyers Guild sent a delegation to the region and published a report that documented a system of apartheid in Israel and the occupied Palestinian territories. It detailed illegal Jewish settlements and bypass roads, the restricted movement of Palestinians, discriminatory land policies, the differential treatment of Jews and Palestinian non-Jews, and Israeli policing of Palestinians’ political expression. It analyzed the indiscriminate and excessive use of lethal force against Palestinians and their property, delays and prevention of medical treatment, and Israel’s collective punishment of the Palestinians.

Ronnie Kasrils, minister for intelligence services in South Africa from 2004-2008, equated the South African anti-apartheid struggle with the BDS campaign against Israeli apartheid. “It is imperative that we of the international community redouble our efforts to aid the Palestinian people in solidarity actions. The Boycott, Divestment and Sanctions campaign remains the most formidable weapon in our arsenal,” Kasrils wrote at Common Dreams. “It worked to bring about the demise of South African Apartheid behind the internal people’s resistance struggle, and is growing in scope and efficacy, to the extent that Israel has identified the non-violent global movement as a strategic threat. Israel, like apartheid South Africa must pay for its crimes — above all by sanctions.”

Boycotts involve the withdrawal of support for Israel and Israeli and international companies that are violating Palestinian human rights, including Israeli academic, cultural and sporting institutions. Divestment campaigns ask churches, universities, banks, pension funds and local councils to withdraw their investments from all Israeli and international companies complicit in the violation of Palestinian rights. Sanctions campaigns pressure governments to cease military trade and free-trade agreements and urge them to expel Israel from international fora.

BDS has had a significant impact on Israel. The BDS campaign played a major role in the 46 percent decrease in foreign direct investment in Israel in 2014, according to the UN Conference on Trade and Development. Individuals and entities who have answered the call for divestment include George Soros, TIAA-CREF public sector pension fund, Bill Gates Foundation, Norwegian bank Nordea and Dutch pension giant PGGM.

There is substantial opposition in the United States to Israel’s occupation. In a 2018 poll, 40 percent of Americans overall and 56 percent of Democrats supported the imposition of sanctions or even more serious penalties on Israel to end the occupation.

The Israel Lobby vs. BDS

Boycotts constitute protected freedom of speech, assembly and association under the First Amendment of the U.S. Constitution. They have long been used to fight injustice and achieve social change. The U.S. Supreme Court has held that “speech on public issues occupies the highest rung of the hierarchy of First Amendment values, and is entitled to special protection.” The High Court ruled that advocating and supporting boycotts “to bring about political, social, and economic change” — like boycotting Israel — are unquestionably protected by the First Amendment. 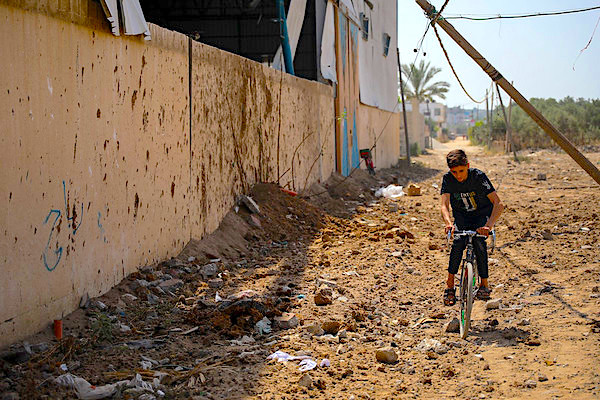 Biden is staunchly against the BDS movement. Secretary of State Antony Blinken said at his confirmation hearing that both he and Biden “resolutely opposed” BDS. Linda Thomas-Greenfield, U.S. ambassador to the United Nations, vehemently denounced BDS at her confirmation hearing, as did Treasury Secretary Janet Yellen in written answers to questions from senators before her hearing.

The success of the BDS movement has motivated Israel apologists to sponsor anti-boycott legislation on the state, local and federal levels. These forces include right-wing Christian Zionist organizations and other Israel lobby groups, often funded by the Israeli government.

“Early efforts focused on defunding universities to punish or deter support for an academic boycott of Israeli institutions. Subsequent legislative efforts aimed to prohibit state contracts with or state investments in entities that support BDS,” Palestine Legal explains. “Some anti-boycott laws include written certification requirements, mandating that potential contractors pledge not to boycott Israel, and some call on the state to compile public blacklists of entities that boycott for Palestinian rights or support BDS,” according to Palestine Legal.

Thirty-one states have anti-BDS legislation in effect. Since 2014, 219 anti-boycott bills have been introduced but only 50 of them have been passed, thanks to strong opposition by grassroots and civil liberties groups.

All of the state anti-BDS laws are unconstitutional and will be struck down one by one. Congrats @AbbyMartin and team on this initial victory! https://t.co/05mpPT4drG

The anti-boycott laws vary in how they define boycotts and the scope of the boycotts at which they are directed. Some bills target boycotts of Israel or goods and services from Israel, and others aim at boycotts of allied countries. The legislation often punishes boycotts of territories controlled by Israel, reaching boycotts of services or products from or to unlawful Israeli settlements. Many bills threaten criminal penalties and economic sanctions. “This legislation also has a broader intent to chill and intimidate activists and their would-be supporters into believing that BDS is now ‘illegal,’” Palestine Legal’s website says.

Some legislation, like the Israel Anti-Boycott Act, which was introduced in Congress in 2017 and again in 2019, would have gone even further, with criminal penalties and jail time for furnishing information in support of a boycott of Israel. The act was defeated in January 2021.

The Trade Facilitation and Trade Enforcement Act of 2015 contains several anti-boycott provisions. It includes a statement opposing “politically motivated actions” that would penalize or limit commercial relations with Israel, including BDS campaigns. The law says that discouraging boycotts for Palestinian rights is a primary U.S. objective when negotiating foreign trade agreements.

This act went into effect in 2016. In 2019, the U.S. Bureau of Legislative Affairs provided Congress with its “Report on Politically Motivated Acts of Boycott of, Divestment from, and Sanctions Against Israel,” as mandated by the act. It reported on a pro-BDS bill in Ireland. The report also detailed Kuwait’s actions in support of the boycott against Israel, which was upheld by a German court. Responding to U.S. pressure, Germany passed an anti-BDS law.

The Palestinian BDS National Committee (BNC) is calling for a boycott of Israeli and international companies that are complicit in violations of Palestinian rights. Although virtually all Israeli companies are complicit in Israel’s system of apartheid and occupation, the BNC is targeting boycotts at a small number of products and companies which have a direct role in Israel’s crimes in order to achieve the greatest impact.

BNC is asking individuals to boycott Pillsbury (whose products are made on stolen Palestinian land in illegal Israeli settlements), SodaStream (which is actively complicit in the Israeli policy of displacing Indigenous Bedouin-Palestinian citizens of Israel in the Negev), Puma (which sponsors the Israel Football Association, including teams in Israel’s illegal settlements in occupied Palestinian territory), Sabra (whose hummus is a joint venture between PepsiCo and the Strauss Group, an Israeli food company that gives financial support to the Israeli army), Hewlett-Packard (which helps run the biometric ID system that Israel employs to restrict the movement of Palestinians), Ahava (whose cosmetics are produced in an illegal Israeli settlement), AXA (which invests in Israeli banks that finance the theft of Palestinian land and natural resources), and all Israeli produce in your local supermarket (which are often mislabeled “Produce in Israel” when they in fact come from the occupied Palestinian territories).

The world watched horrified as Israeli forces once again slaughtered Palestinians in Gaza, which is often called the world’s largest open-air prison (one of the most densely populated areas on earth, containing more than 5,000 inhabitants per square kilometer), until Biden told Netanyahu to stop.

This latest violence has galvanized even more people in the United States and around the world to stop Israel’s brutality against the Palestinians. In this moment of mass outrage, as more people join the BDS movement and work together to overcome the strategies of repression and criminalization aimed to thwart it, BDS has the potential to grow and become an even more powerful force in the Palestinian struggle to end Israel’s occupation and system of apartheid.