Colonialism in Israel was, and remains, a state-run project, which ultimately aims at achieving the same objective that is being carried out in Sheikh Jarrah—the ethnic cleansing of Palestinians to ensure Jewish demographic majority, writes Ramzy Baroud. 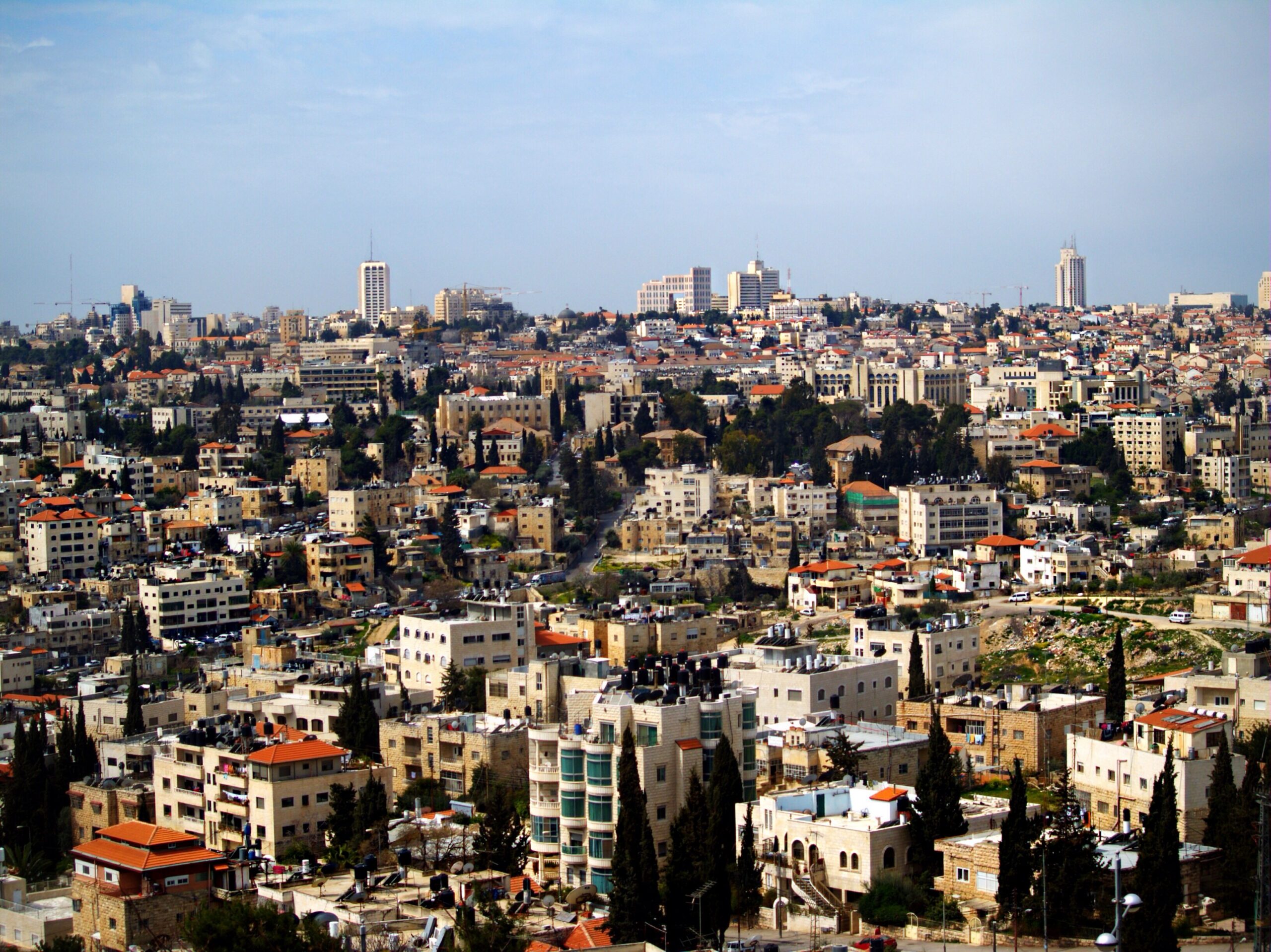 There are two separate Sheikh Jarrah stories—one read and watched in the news and another that receives little media coverage or due analysis.

The obvious story is that of the nightly raids and violence meted out by Israeli police and Jewish extremists against Palestinians in the devastated East Jerusalem neighborhood.

For weeks, thousands of Jewish extremists have targeted Palestinian communities in Jerusalem’s Old City. Their objective is the removal of Palestinian families from their homes in the Sheikh Jarrah neighborhood. They are not acting alone. Their riots and rampages are directed by a well-coordinated leadership composed of extremist Zionist and Jewish groups, such as the Otzma Yehudit party and the Lehava Movement. Their unfounded claims, violent actions and abhorrent chant “Death to the Arabs” are validated by Israeli politicians, such as Knesset member Itamar Ben-Gvir and the Deputy Mayor of Jerusalem, Arieh King.

“While the Sheikh Jarrah story is garnering some attention even in mainstream U.S. media, there is a near-complete absence of any depth to that coverage, namely the fact that Sheikh Jarrah is not the exception but the norm.”

Here is a little introduction to the political discourse of Ben-Gvir and King, who were caught on video shouting and insulting a wounded Palestinian protester. The video starts with Member of Knesset Ben-Gvir disparagingly yelling at a Palestinian who was apparently wounded by Israeli police, yet returned to protest against the evictions planned for Sheikh Jarrah.

Ben-Gvir is heard shouting, “Abu Hummus, how is your ass?”

Watch: Deputy Mayor of #Jerusalem, Arieh King, tell a Palestinian activist "it's a pity" he wan't shot in the head, last night in #SheikhJarrah pic.twitter.com/AgLEXc1nLW

Delighted with what they perceive to be a whimsical commentary on the wounding of the Palestinian, Ben-Gvir and King’s entourage of Jewish extremists laugh.

While “Abu Hummus”, wounded yet still protesting, is a testament to the tenacity of the Palestinian people, King, Ben-Gvir, the settlers and the police are a representation of the united Israeli front aimed at ethnically cleansing Palestinians and ensuring Jewish majority in Jerusalem.

Another important participant in the ongoing Israeli ethnic cleansing campaign in Jerusalem is Israel’s court system which has provided a legal cover for the targeting of Palestinian inhabitants of Jerusalem.

The legal foundation of the Jewish settlers’ constant attempts at acquiring more Palestinian properties can be traced back to a specific 1970 law, known as the Legal and Administrative Matters Law, which allowed Jews to sue Palestinians for properties they claim to have owned prior to the establishment of Israel on the ruins of historic Palestine in 1948.

While Palestinians are excluded from making similar claims, Israeli courts have generously handed Palestinian homes, lands and other assets to Jewish claimants. In turn, these homes, as in the case of Sheikh Jarrah and other Palestinian neighborhoods in East Jerusalem, are often sold to Jewish settler organizations to build yet more colonies on occupied Palestinian land.

Last February, the Israeli Supreme Court awarded Jewish settlers the right to many Palestinian homes in Sheikh Jarrah. Following a Palestinian and international backlash, it offered Palestinians a ‘compromise’, whereby Palestinian families relinquished ownership rights to their homes and agreed to continue to live there as tenants, paying rents to the very illegal Jewish settlers who have stolen their homes in the first place, but who are now armed with a court decision.

However, the ‘logic’ through which Jews claim Palestinian properties as their own should not be associated with a few extremist organizations. After all, the ethnic cleansing of Palestine in 1948 was not the work of a few extreme Zionists. Similarly, the illegal occupation of East Jerusalem, the West Bank and the Gaza Strip in 1967 and the massive settlement enterprise that followed was not the brainchild of a few extreme individuals. Colonialism in Israel was, and remains, a state-run project, which ultimately aims at achieving the same objective that is being carried out in Sheikh Jarrah—the ethnic cleansing of Palestinians to ensure Jewish demographic majority.

This is the untold story of Sheikh Jarrah, one that cannot be expressed by a few news bytes or social media posts. However, this most relevant narrative is largely hidden. It is easier to blame a few Jewish extremists than to hold the entire Israeli government accountable.

Israeli Prime Minister, Benjamin Netanyahu, is constantly manipulating the subject of demographics to advance the interests of his Jewish constituency. He is a strong believer in an exclusive Jewish state and also fully aware of the political influence of Jewish settlers. For example, shortly before the March 23 elections, Netanyahu made a decision to green-light the construction of 540 illegal settlement units in the so-called Har-Homa E Area (Abu Ghneim Mountain) in the occupied West Bank, in the hope of acquiring as many votes as possible.

While the Sheikh Jarrah story is garnering some attention even in mainstream U.S. media, there is a near-complete absence of any depth to that coverage, namely the fact that Sheikh Jarrah is not the exception but the norm. Sadly, as Palestinians and their supporters try to circumvent widespread media censorship by reaching out directly to civil societies across the world using social media platforms, they are often censored there, as well.

One of the videos initially censored by Instagram is that of Muna al-Kurd, a Palestinian woman who had lost her home in Sheikh Jarrah to a Jewish settler by the name of Yakub.

Video circulating on social media/ earlier tonight in Sheikh Jarrah: the Israeli occupying forces forced Muna Al-Kurd and her brother out of their neighbourhood in spite of Muna's attempts to show them her identify card to confirm the address of their home. #SaveSheikhJarrah pic.twitter.com/QahQwJSloV

“Yakub, you know this is not your house,” Muna is seen outside her home, speaking to Yakub.

Muna: “You are stealing my house.”

Yakub: “And if I don’t steal it, someone else is going to steal it.”

The untold story of Sheikh Jarrah, of Jerusalem—in fact, of all of Palestine—is that of Muna and Yakub, the former representing Palestine, the latter, Israel. For justice to ever be attained, Muna must be allowed to reclaim her stolen home and Yakub must be held accountable for his crime.

Ramzy Baroudis a journalist and the Editor of the Palestine Chronicle. He is the author of five books including: “These Chains Will Be Broken: Palestinian Stories of Struggle and Defiance in Israeli Prisons“ (2019), “My Father Was a Freedom Fighter: Gaza’s Untold Story” (2010) and “The Second Palestinian Intifada: A Chronicle of a People’s Struggle” (2006). Dr. Baroud is a Non-resident Senior Research Fellow at the Center for Islam and Global Affairs (CIGA), Istanbul Zaim University (IZU). His website is www.ramzybaroud.net

4 comments for “The Untold Story of Sheikh Jarrah”