Diplomats should think hard about why their policy of aiding and trading with the regime went so wrong, write Phil Miller and Matt Kennard. 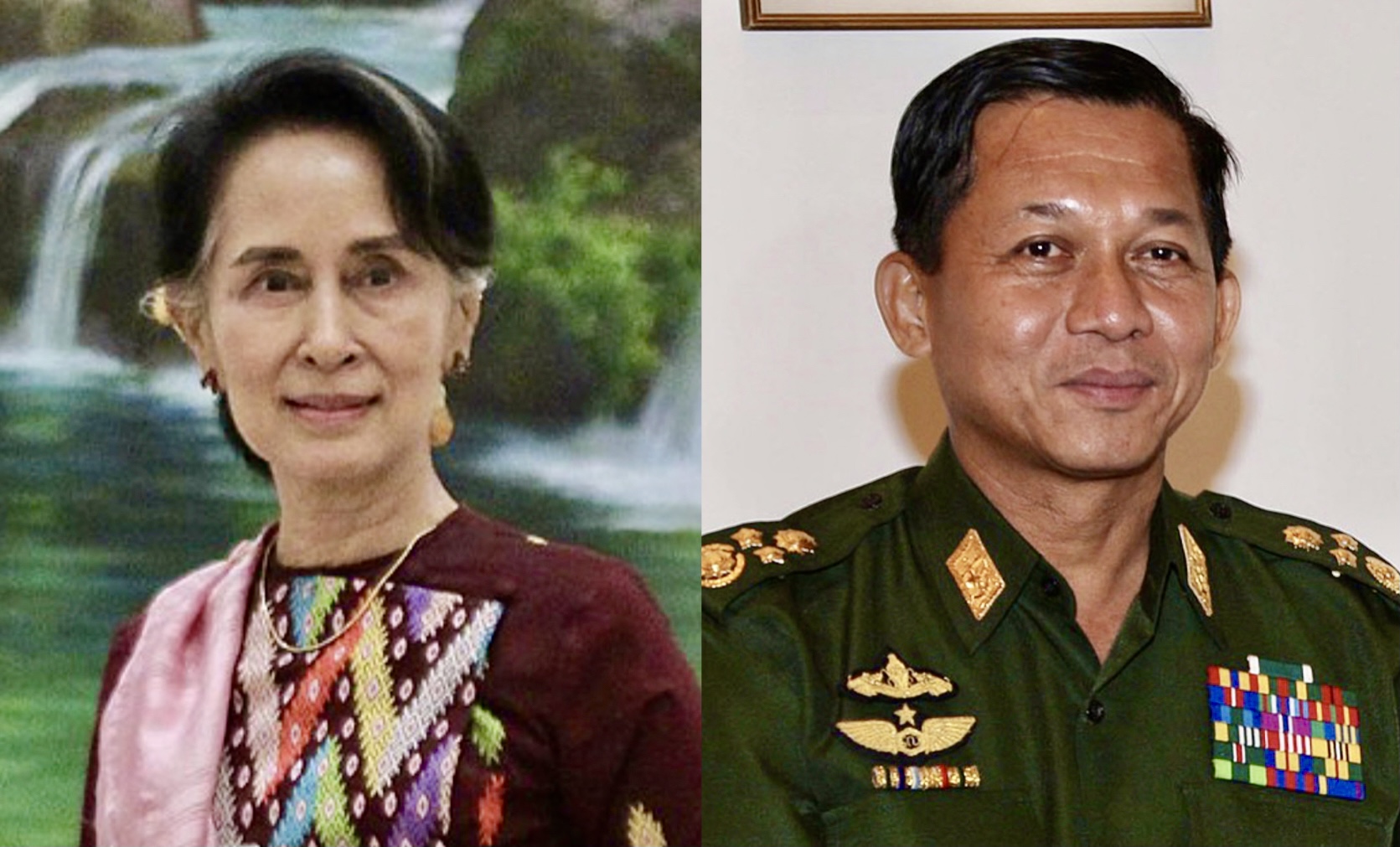 It was not long ago that General Min Aung Hlaing, the leader of the recent military coup in Burma (also known as Myanmar), was being fêted by the U.K..

In 2013, he met General Sir David Richards, the then head of Britain’s armed forces, who praised Burma’s “remarkable progress” in moving towards democracy and described Hlaing as “highly intelligent and well-intentioned.”

After decades of dictatorship, Burma’s military had freed its most high profile political prisoner, Aung San Suu Kyi, and was finally letting her run the country in league with the army.

Britain spent £90,000 on training Burma’s military in 2014 alone, with courses initially focusing on international law. Intelligence courses with lectures from MI5 and MI6 were also offered.

The following year Richards, who was now retired from the army and in the House of Lords, returned to Burma to meet Hlaing again, this time on behalf of the Foreign Office. Richards told us the meeting was “designed to maintain the relationship and encourage the general to remain true to his commitment to democracy.” 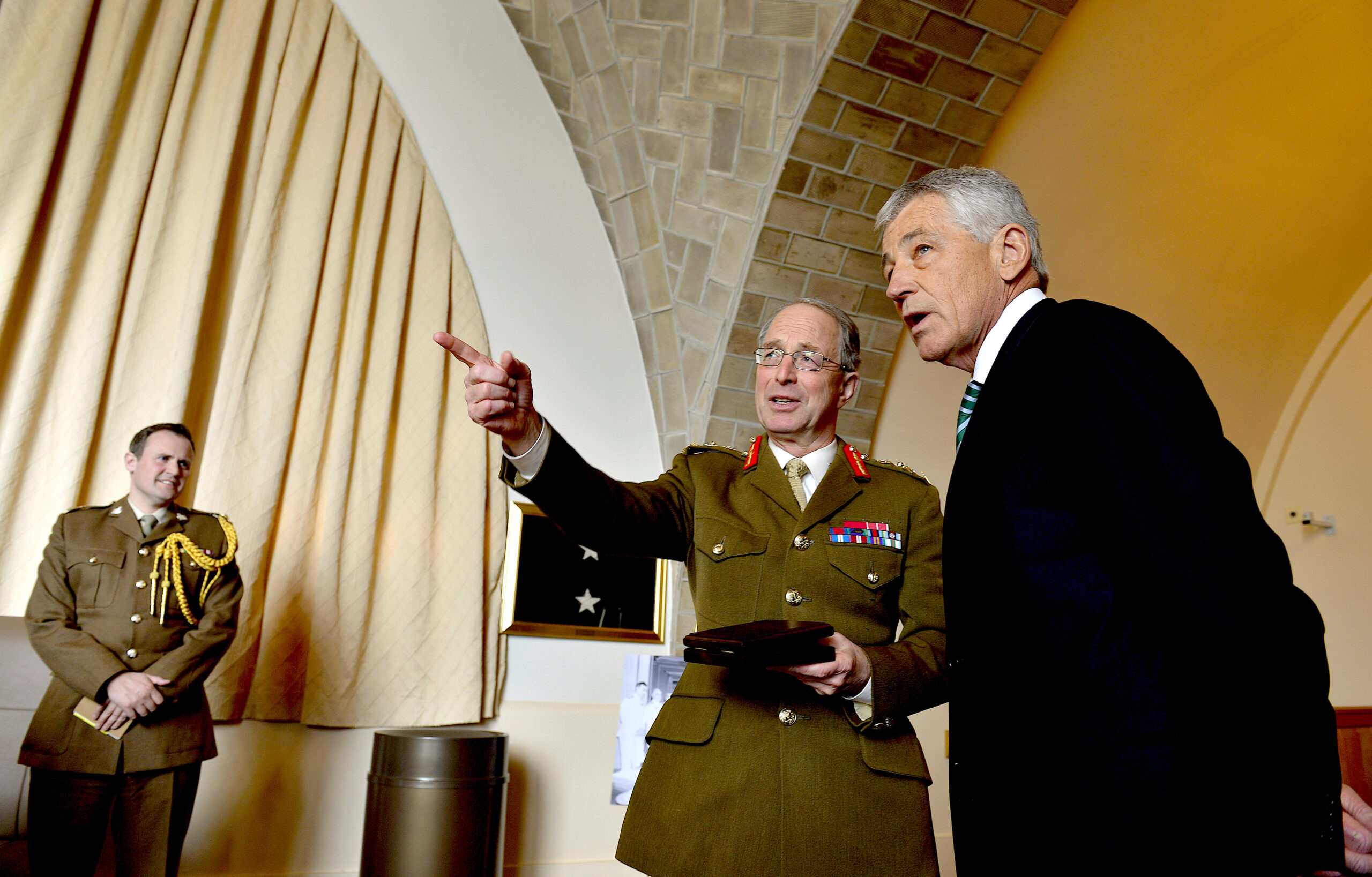 Western diplomats desperately wanted to believe General Hlaing and Suu Kyi, an Oxford-educated Nobel Peace Prize-winning woman, could change the country. The clamour to reintegrate Burma into the global economy created what some called a “two-speed” transformation.

This meant that while democratic reforms were slow and the military still ruled the country with an iron fist, the economic transformation steamed full speed ahead as international sanctions against the Burmese regime eased.

Keith Win, who founded the Myanmar British Business Association to promote increased trade between the two countries, told us in 2015: “I think Britain is very interested” in investing in Burma.

Win mentioned a recent U.K. trade summit where “there are various officials coming from Rangoon, it was my idea…I suggested that”. Alluding to the colonial past, he added: “I know Britain is very, very keen because of the long historical relationship with the country.”

In terms of companies looking to take advantage of the opening, Win said there was: “Everything from education, services, architects, accountants, lawyers…Rolls Royce, power companies, some oil and gas, BP not so much…but Shell recently won an offshore contract…construction companies, JCB, logistic companies are there. Opportunities are endless.”

The excitement of Western multinational corporations in 2015 was not hard to understand. Burma, one of southeast Asia’s poorest countries, is the ultimate, and some would say last, “frontier market.” 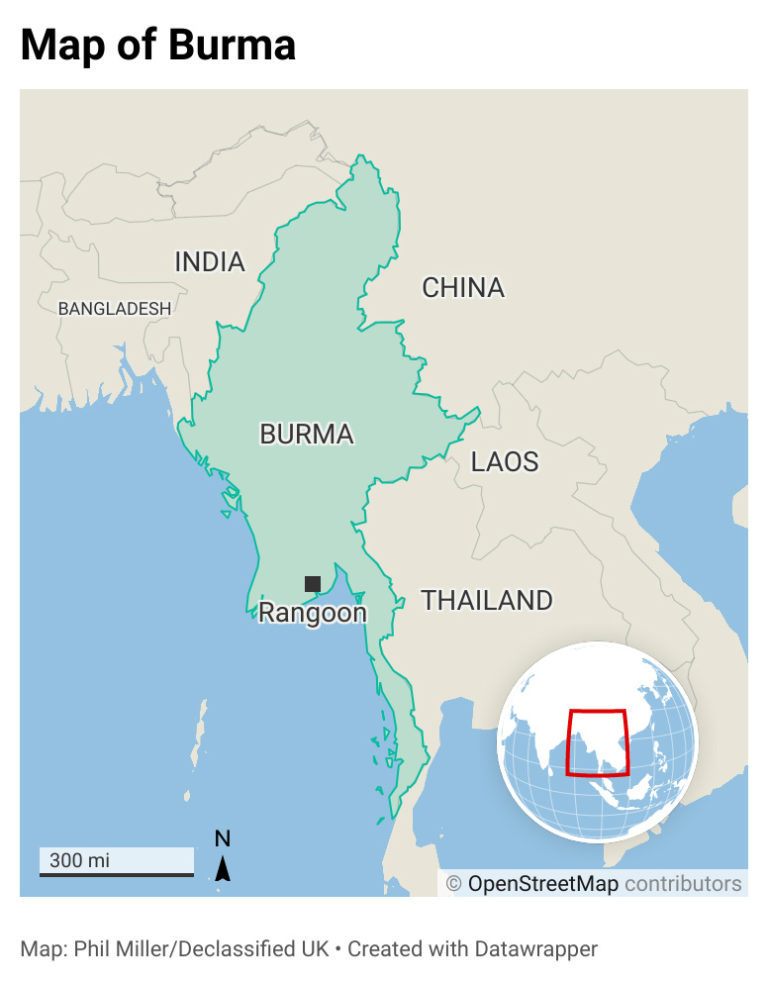 The country sits between the world’s two most populous countries, India and China, and is rich in natural resources like oil and gas as well as precious stones like jade and sapphire. It has a vast labour force with wages undercutting its neighbours.

But in a report in 2015, British NGO Global Witness warned that new investment flows, coming in the context of a corrupt and repressive political system, risked “fuelling human rights abuses and playing into hands of the former dictatorship.”

“Generally here things are going ahead too fast, at least on paper,” Vicky Bowman, U.K. ambassador to Burma from 2002-6, told us in Rangoon in 2015. 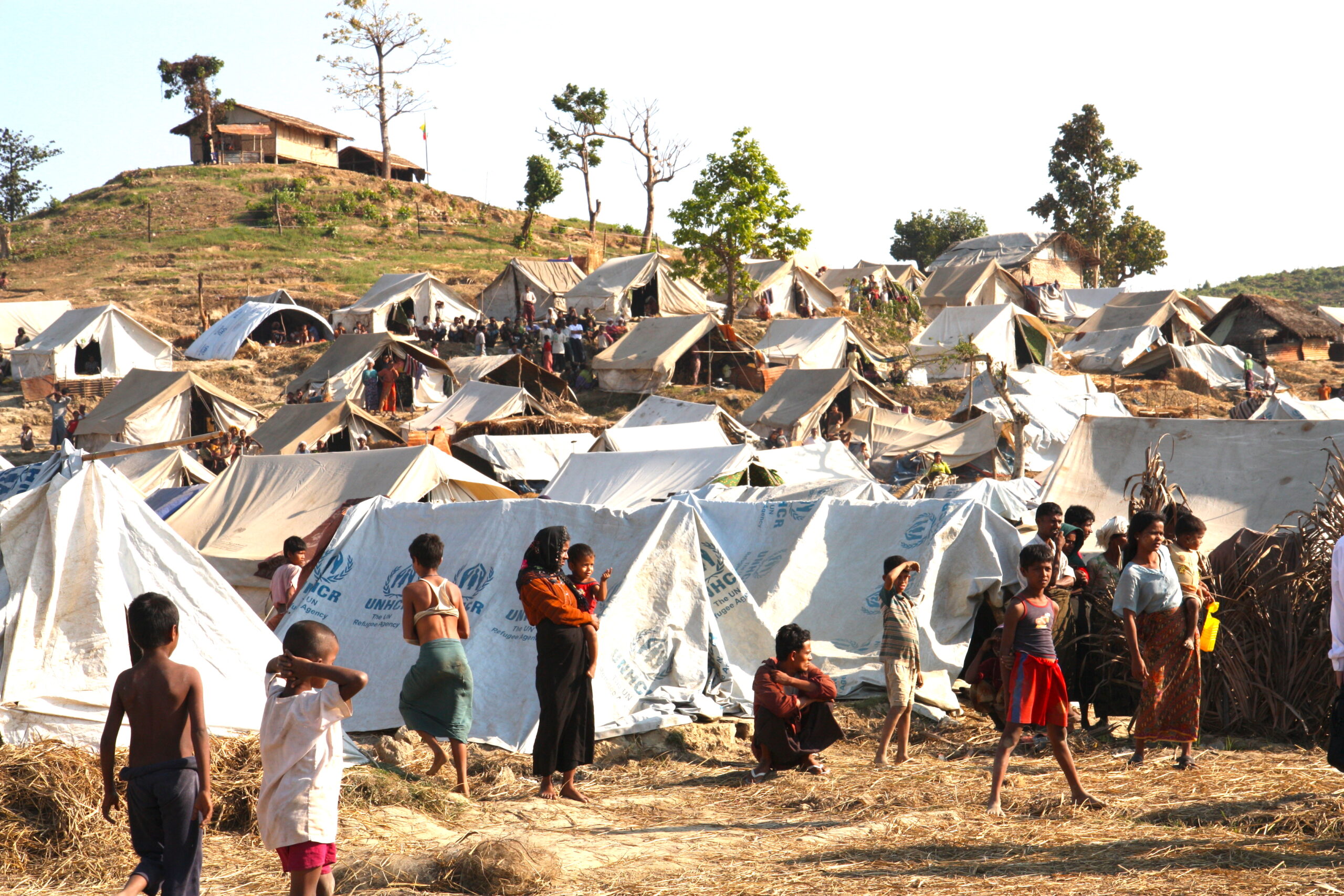 Perhaps alive to the fact that NGOs were among the primary foreign organisations with a significant and growing footprint in the country, corporations were eager to strike up partnerships with them in Burma.

“When I arrived, there weren’t very many foreign businesses,” explained one British worker for a big development NGO in Rangoon. She said her organisation — which had been working in the country while international sanctions were still in place — had “corporate organisations coming to us on various different issues.”

When we were in Rangoon in 2015, we found British NGO Save the Children was working with Ikea, Nokia and Samsung in the country, supposedly to address issues such as child labour, although some questioned the motives of the corporations.

The NGO worker expressed concern: “There’s a push from the donors to make sure that you’re meeting targets and moving fast towards development goals, but then actually the way in which you’re doing that is not being sensitive to the dynamics on the ground.”

As well as the ongoing exploitation of child labour, there were other signs Suu Kyi was doing little to hold the old guard accountable for their previous human rights abuses.

Burma is a Buddhist majority country, with a long history of oppressing its minority groups — such as the Rohingya Muslims, who were facing a renewed crackdown.

When time came for Burma’s elections in 2015, Suu Kyi realised the army’s repression of the Rohingya was electorally popular, so she swam along with the tide of domestic public opinion.

Rather than speaking out and standing up for human rights, her party excluded Muslims from standing as candidates.

Despite Suu Kyi’s apparent support for the army’s crackdown on the Rohingya, General Richards told us his engagement with General Hlaing “led to democratic elections.”

The European Union also shared his optimism, spending tens of millions of euros on training at least 900 members of Burma’s police in crowd control and community tactics.

The project was partly delivered by a U.K. state-owned company in Belfast called NI-CO, which saysit focuses on “tackling the problems of tribal conflict, radicalisation, dysfunctional law enforcement, organised crime and terrorist activity.”

It was only stopped after the coup this February. 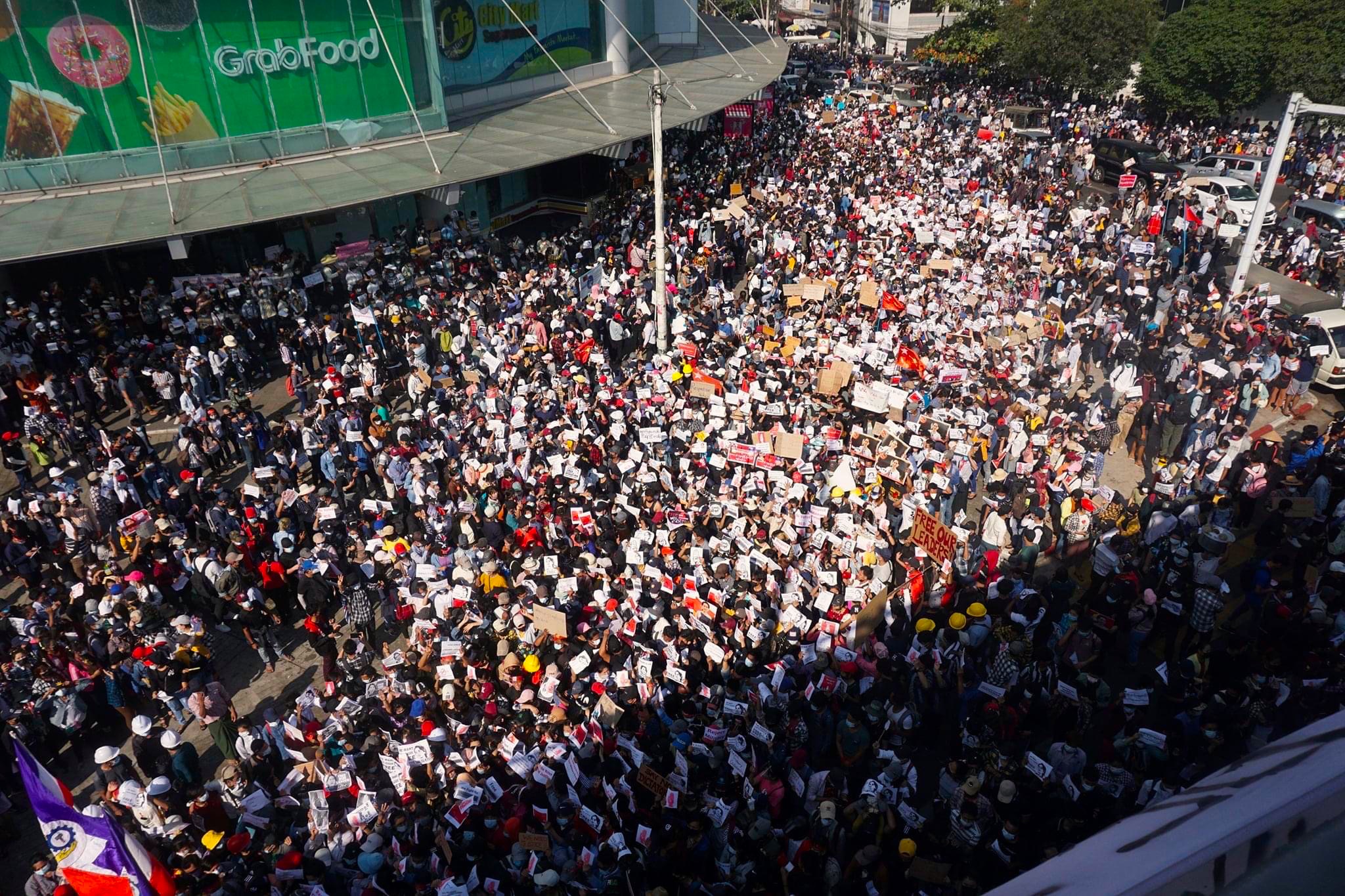 NI-CO consistently claimed the project was designed to improve human rights. But when one of us asked Burma’s ambassador to the U.K., Kyaw Zwar Minn, about this issue in 2015, the diplomat got up without a word and walked out.

Our questions were prompted by reports of escalating atrocities against the Rohingya, which continued and did not stop Boris Johnson visiting Burma in January 2017 as U.K. foreign secretary, where he mumbled a pro-colonial poem at a Buddhist temple.

Less well reported was a statement from a Human Rights Watch director, who criticised Johnson’s diplomacy on that trip, saying he “gravely weakened his leverage by overstating the achievements of the country’s democratic reform process, and lavishing unqualified praise on Aung San Suu Kyi and her government. This despite its failure to prevent, halt, condemn or properly investigate the egregious abuses carried out by the security forces.”

Although Johnson did little to support the Rohingya, 157 MPs raised concern in the British parliament, forcing then prime minister Theresa May in September 2017 to stop the U.K.’s military training scheme which had been in place since 2013.

The government admitted this had not been screening the human rights record of Burmese recipients.

Despite the change in policy, a British army colonel stayed working as a defence attaché at the U.K. embassy in Rangoon, supported by a civil servant from the Ministry of Defence (MOD).

“There are no plans to pull them out,” an MOD press officer told us in 2017. “The post is still there, it’s important for us to have someone on the ground.”

He said their role was “largely defence engagement … so they will almost act as the eyes and ears of the military.” The colonel was the “point of contact in the embassy for any military issues that the Burmese might have,” and was expected to “develop contact with the Burmese military to feed back to the U.K.”

We understand the defence section has since been withdrawn from the British embassy.

By the following year, due to Burma’s army, there were over a million Rohingya refugees in neighbouring Bangladesh and 300 razed villages.

A BBC documentary broadcast in 2018, “Inside the Foreign Office,” showed British diplomats regarded it as their job to grapple with the question: “How do we continue to engage with a government that at least in whole or in part has been responsible for clearly very significant atrocities?”

Instead of walking away, Deborah Bronnert, a senior Foreign Office figure who is now U.K. ambassador to Russia, told her colleagues: “The strategy so far is that we do promote economic links, careful economic links, as long as we’re confident the people we are promoting the economic links with are not involved in what is going on.”

Andrew Patrick, then Britain’s ambassador to Burma, agreed: “Promoting trade, within the right context, helps resolve things – that’s the angle we’ve been coming at this from.”

It would later emerge from a UN report published in 2019 that British trade with Burma included a deal to provide its military with tens of thousands of pounds worth of technology from a Scottish company.

This trade promotion strategy — which proved to be a disaster — was endorsed by the head of the Foreign Office, Sir Simon McDonald, who said: “There is clearly a tension at times between human rights and trade. Some countries with which we want to trade have poor human rights records. 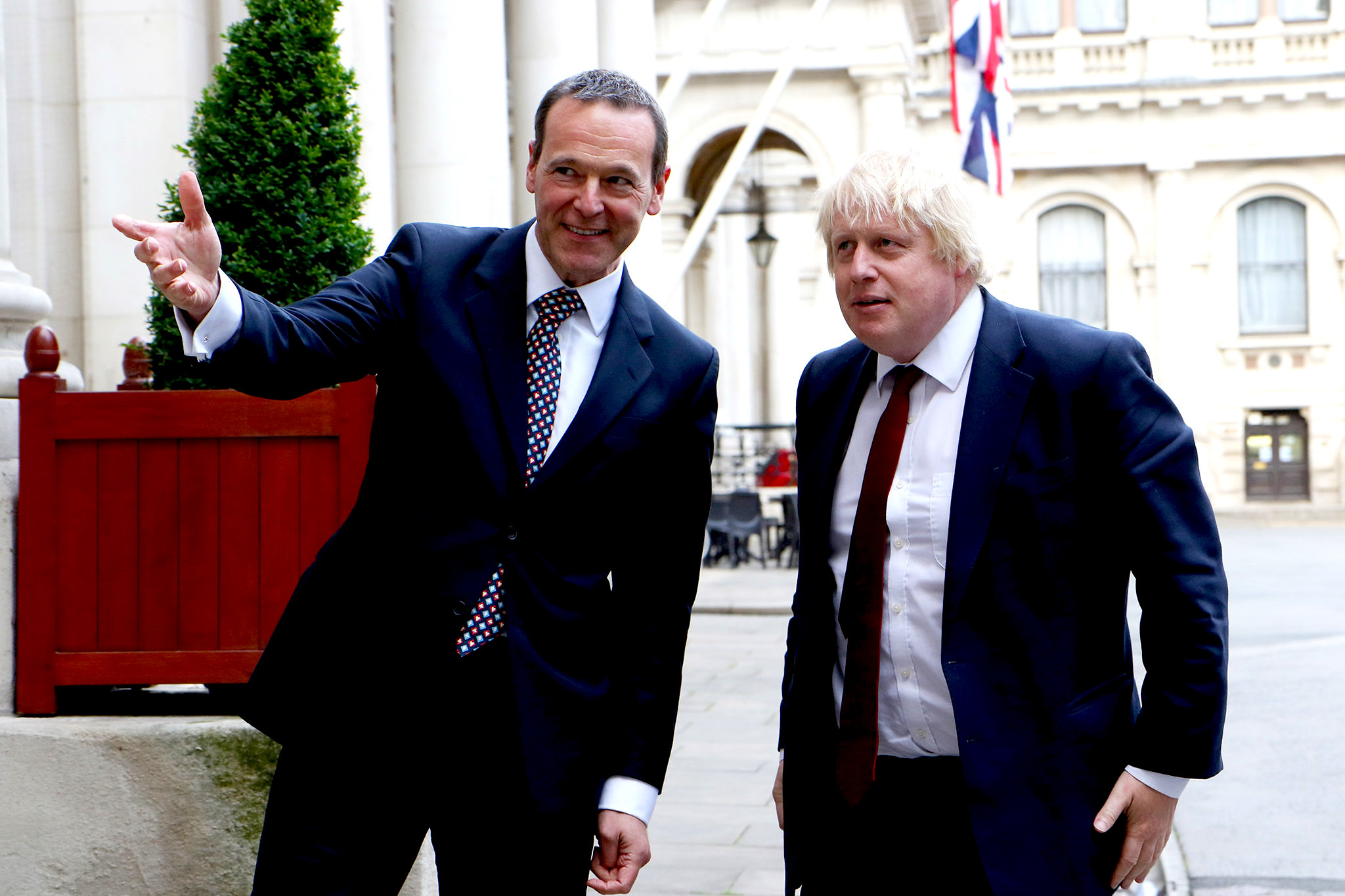 In a briefing to Britain’s current envoy in Burma, Dan Chugg, McDonald instructed: “The ends don’t justify the means, but we need to be sometimes more flexible about the means than we first thought.”

Amid the flexibility, the killings continued, with Suu Kyi actively defending Burma’s military against genocide allegations at the International Court of Justice. The case was not lodged by a great power like Britain, but by The Gambia, a poor Muslim-majority nation in west Africa.

Neither did Britain use its status at the UN as the “penholder” on Burma to refer its military leaders to the International Criminal Court. Instead, the then Foreign Secretary Jeremy Hunt visited Suu Kyi in September 2018 and said the country was “moving in the right direction.”

Eventually, last year Britain placed sanctions on Burma’s two top generals, including Hlaing. More recently, trade secretary Liz Truss wrote to U.K. companies active in Burma to “make clear the expectation” that they do not do business with the military – a form of voluntary sanctions.

The U.K. is now imposing other measures on Burmese corporations linked to its armed forces, to punish them for contributing “funds to support the Myanmar military” – something which the British government itself effectively did for five years through its training courses.

Meanwhile, McDonald faces no consequences for his flawed “flexible” strategy on Burma. When he retired from the Foreign Office he was given a seat for life in the House of Lords, making his maiden speech last month.

Now Burma’s military has stopped any pretence of reform, by staging the coup in February, detaining Suu Kyi on bogus charges and massacring hundreds of protesters, one wonders whether the Foreign Office will reflect on what went wrong.

Certainly Lord McDonald and Lord Richards will have plenty of time on Parliament’s red benches, where they can claim £323 a day, to wonder what Britain’s diplomats and military could have done differently.

When asked if he regretted his engagement with General Hlaing, Lord Richards told Declassified: “No. In some respects though I wish I had been asked to maintain my relationship as I like to think I may have been able to dissuade the general from going down the route he has, which I unequivocally condemn.”

A U.K. Foreign Office spokeswoman told Declassified: “The U.K. is deeply concerned by the serious human rights violations perpetrated by the Myanmar security forces during the coup. There must be accountability for these acts and the U.K. is leading a strong and coordinated international response.

“We are steadfast in our opposition to the coup and reiterate our demands for a return to democracy.”

Phil Miller is staff reporter and Matt Kennard head of investigations at Declassified U.K., an investigative journalism organisation that covers the U.K.’s role in the world.

← Long Live the Monarchy! And So They Do
Help Us Help You Get the Real News →

3 comments for “Britain Must Learn from Burma Bloodbath”