Alexander Mercouris says the conviction of former British diplomat Craig Murray undermines the right of the media to report cases, which is vital to protect the right to a fair trial. 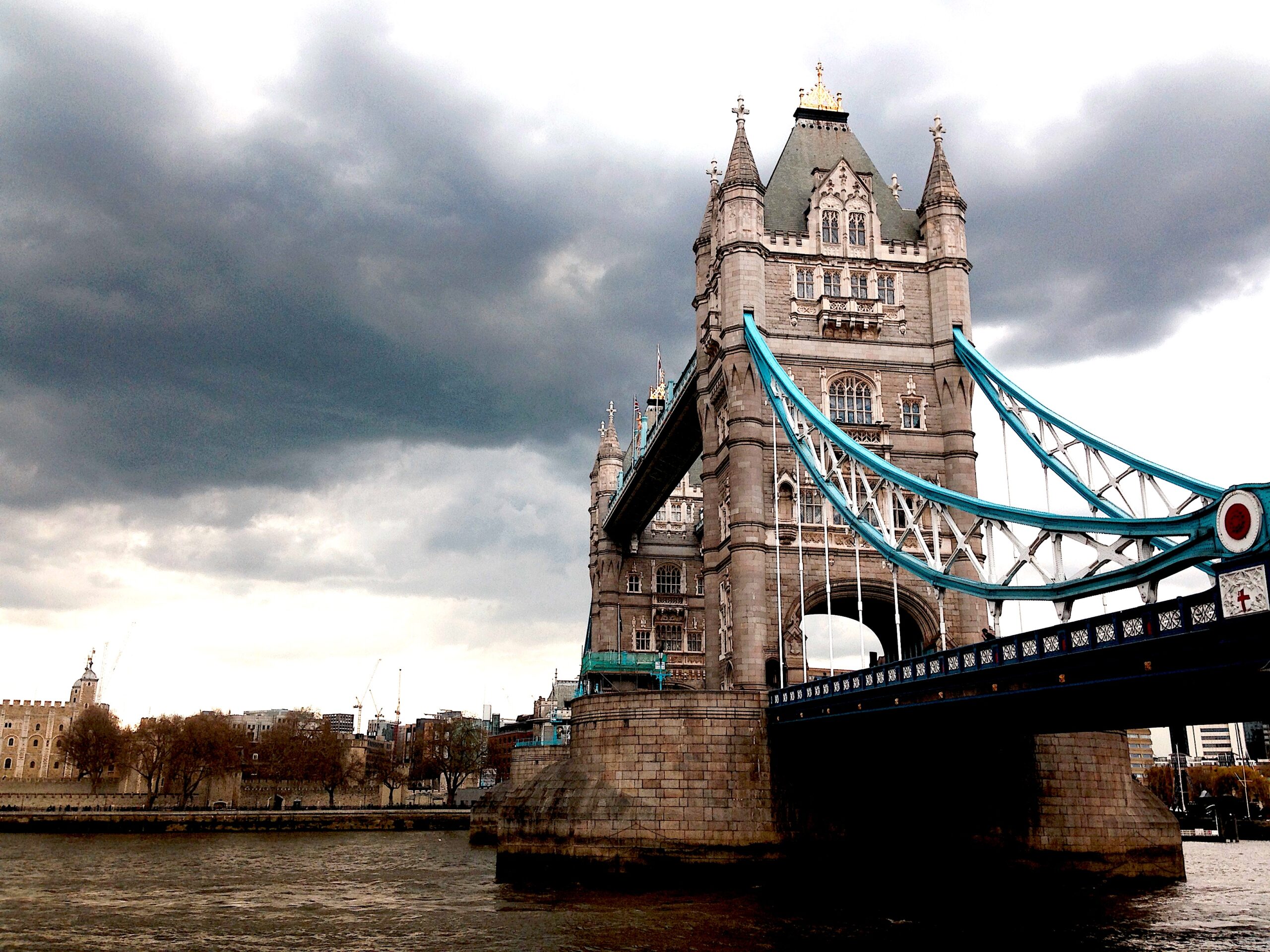 In the last Letter from London, I discussed the background to the contempt of court case against the historian, journalist and former diplomat Craig Murray for his reporting of the criminal and civil proceedings against Scotland’s former first minister, Alex Salmond, on allegations of sexual assault, for which he was acquitted on all charges at trial.

I also discussed in that letter the political situation in Scotland: the rise of sentiment favoring independence from Britain, the power struggle within the Scottish Nationalist Party (SNP) and the alarm that the growth of pro-independence sentiment in Scotland is causing in London.

The case against Murray has resulted in a judgment convicting him of contempt of court.  He is now at serious risk of up to two years in prison with sentencing set for May 7.

Before discussing the judgment itself there is a point to be made about one aspect of the Court’s conduct that is seriously worrying.

There was an eight-week gap between Murray’s trial and the announcement of his conviction.

The trial lasted only one day, the evidence was limited in its extent and it was largely agreed by the prosecution and defence lawyers.  It is not clear why the Court needed two months to deliver its judgment.  Normally after such a trial, judgment would be delivered in a few days or a week at most. The delay seemed both cruel and unnecessary to Murray and his family.

It is useless to speculate about the reason why, but  Article 6(1) of the European Convention on Human Rights requires that determination of a criminal charge should take place at a “fair and public hearing within a reasonable time.”  For the record, eight weeks in a case like this does not seem like a “reasonable time.”

The case against Murray was in three parts: (1) that his reporting of the case against Salmond might have influenced its outcome; (2) that he had improperly reported facts about the dismissal of one of the jurors; and (3) that his reporting had made possible the “jigsaw” identification of some of the witnesses who gave evidence against Salmond at his trial.

No evidence was produced at Murray’s trial that his reporting influenced the outcome of the case against Salmond.  Nor was any evidence produced that anyone identified any of the witnesses because of anything that Murray wrote.

The previous Letter from London pointed out that this made the case against Murray look abstract and made me wonder what was the point in bringing it?

The part of the case that  involves the juror always looked exceptionally weak and the Court had no difficulty dismissing it.

The Court’s rejection of the prosecution’s case that Murray’s reporting might have influenced the outcome of Salmond’s trial, is an indisputably correct decision.

Though the prosecution, the defence and the judge had all appeared to agree at Murray’s trial that Salmond’s trial had been fairly and properly conducted, it was worrying that if the Court had decided that Murray was in contempt of court because his reporting might have influenced the outcome of Salmond’s trial, then some people would have claimed that Murray’s reporting did affect the outcome of Salmond’s trial, which would have, in the absence of that reporting, had a different outcome.

That might have led to claims that Salmond’s trial was a mistrial, with Murray being blamed. It might even have led to demands that Salmond be retried on the same charges all over again on the grounds that Murray’s reporting had rendered his acquittal unsafe. 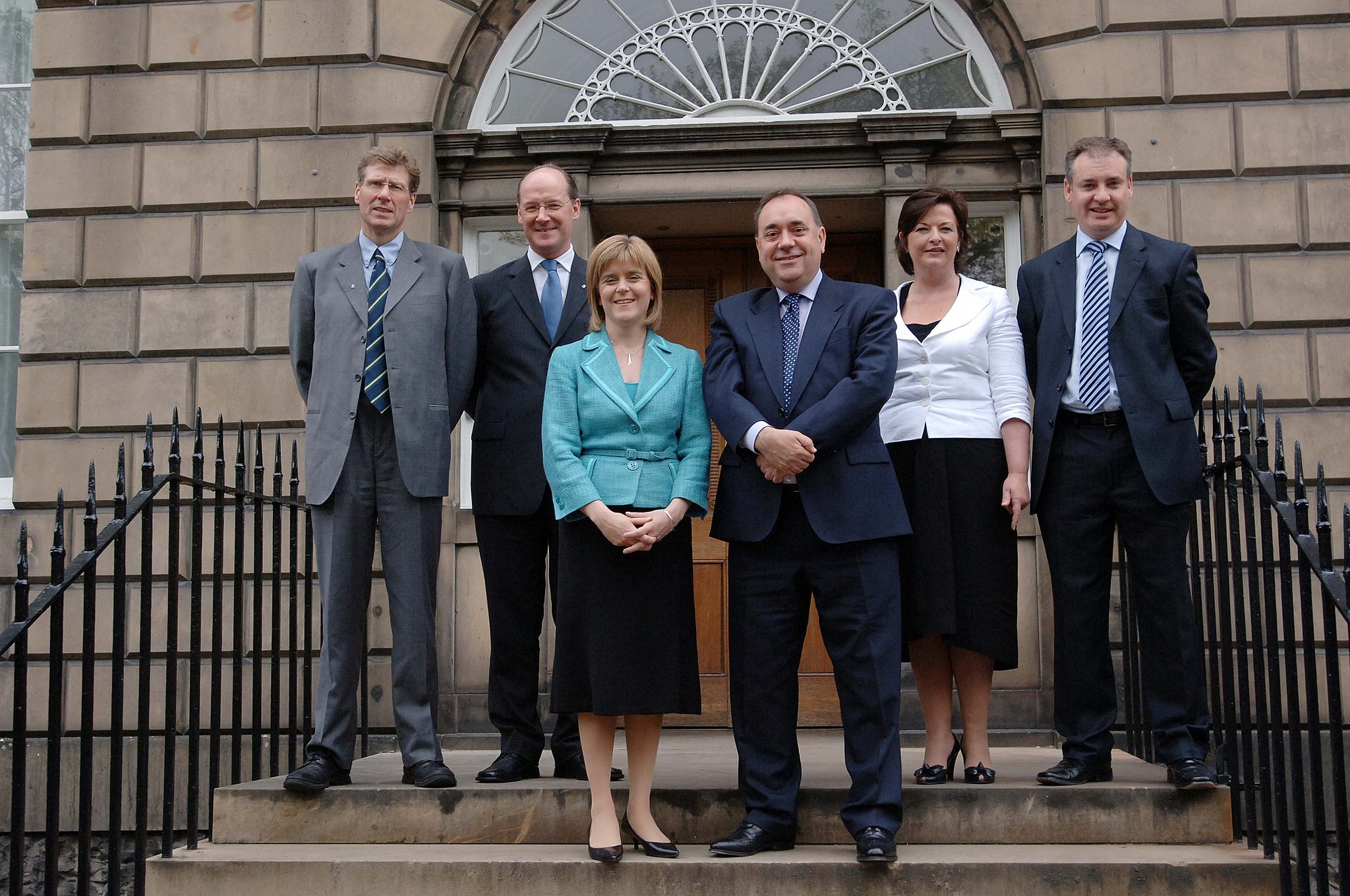 Scottish Cabinet in 2007, with Nicola Sturgeon and Alex Salmond in foreground. (Scottish government)

That would have been wholly wrong, but given the fraught political atmosphere in Scotland, and the extraordinarily bitter feelings which Salmond’s trial has provoked, I can easily see how in that  situation the Scottish prosecuting authorities and the Courts might have buckled under pressure, and been swept along.

With the Court’s decision to reject this part of the prosecution’s case, that disastrous outcome has been avoided.

The part of the judgment which finds Murray in contempt of court nonetheless provokes serious concern.

The Court acknowledged that there is no evidence that anyone did in fact identify any of the witnesses as a result of anything which Murray wrote.  It also said that Murray’s intentions were irrelevant.  Even if Murray had had no intention of writing anything which might have led to the identification of any one of the witnesses, and even if there were no evidence that anything he wrote did in fact result in anyone identifying any one of the witnesses, Murray would still be guilty of contempt of court if he failed what the Court called an “objective test” which decides whether something written might notionally identify a witness.

It is upon this reasoning that Murray has been convicted.

That may be a correct summary of the current law.  However it seems that it sets the bar for court reporting extraordinarily high.  I wonder whether the test is indeed as the Court supposes it to be, and if it is, whether the Court has applied it properly.

In my previous letter I wrote of my concern that a conviction in Murray’s case would undermine the right of the media to report cases, which is important in order to protect the right of accused persons to a fair trial, as enshrined in Article 6(1) of the European Convention on Human Rights.

It seems that with this ruling that is exactly the danger which the media are now facing.

According to this judgment, it seems that even if, when the media reports a case, the media has no intention of breaking the law, and does not intend that what it reports should lead to the identification of a witness — and even if no witness is in fact identified because of anything the media has reported, then the media is still guilty of contempt of court if the Court decides that its reporting has failed what the Court says is an “objective test.”

The concept of an “objective test,” entirely divorced from both intention and harm (whether that harm is actual or prospective)  appears to be both arbitrary and contentious.  One wonders how “objective” such a test can actually be and how court reporting of a case like Salmond’s would be possible on this basis?

I doubt that such a ruling would be possible in the United States.  In the U.S., court reporting carried out in good faith, with no intention of breaking the law or of doing harm, and with no evidence of harm being committed, should — one would think — be protected by the First Amendment.

Murray has said that he intends to appeal his conviction to the U.K. Supreme Court in London.

I will be watching this appeal closely, as I am sure many journalists will.  One hopes the Supreme Court accepts the appeal and uses it to clarify the issue of this “objective test” and also that it not only sets aside Murray’s conviction but that it accepts that there is a balance to be struck between the protection of witnesses and the need for open justice, which is the defendant’s right, and which is necessary in order to ensure a fair trial.

This judgment fails to strike that balance, and if allowed to stand would make future reporting of cases like Salmond’s extremely difficult if not impossible.

Over and above the decision to convict Murray on the basis of an “objective test” — divorced from intention and actual or prospective harm — there are other troubling aspects of the decision.

The Court, perhaps unsurprisingly, did not consider what is the single most baffling thing about this whole case, which is why did the prosecution delay in bringing the case if it thought that Murray was in contempt of court, and why, given the absence of any evidence of harm following that delay, it decided to bring the case at all?

The only point where the Court considered the question of the delay was when it decided, entirely correctly, that the delay made unsustainable the prosecution’s claim that Murray’s reporting might have influenced the outcome of Salmond’s trial.

The Court also did not seriously consider the question of why the prosecution took no action, even as Murray continued with his reporting, which the prosecution says was a contempt of court.

This caused Murray to continue with a course of action which made his alleged contempt of court still greater.  It also incidentally, placed the witnesses at greater risk of being identified if one believes — as the prosecution presumably does — that Murray’s reporting risked their identification.

The Court also rejected in summary fashion Murray’s defence based on his right of free expression as set out in Article 10 of the European Convention on Human Rights.  It was altogether too quick to do this given, as I contend, that Murray’s reporting would have been protected if it had taken place in the United States under the First Amendment.

Lastly, the Court was brutally dismissive of two affidavits which Murray submitted to the Court in his own defence.  It dismissed the contents of these affidavits in scathing terms, in a way which made it appear (at least to me) as if the judges had in some way been personally offended by them.

The Court’s strong reaction to these affidavits is no doubt in part accounted for by the fact that Murray discusses in them the allegations of a plot against Salmond, which supposedly lay behind the sexual assault allegations for which he was tried.  This alleged plot was discussed in my previous letter.

The Court did not probe into these allegations, which as it is not an investigative agency is perhaps unsurprising.  However since it said that the contents of the affidavits were ‘irrelevant’ its strong reaction to them is inexplicable.

Murray must now look forward to his May 7 sentencing hearing. He is a person of good character, with no previous convictions, who acted in accordance with his sincerely held beliefs.  There is no evidence that anyone has suffered harm as a result of his actions, and nor has he ever used or threatened violence against anyone.  He is also someone in his sixties with a family, including a young child, who has serious health problems.

It would be beyond disturbing if the Court were to sentence Murray to prison in light of all this.  It would add to the already very serious concerns about this case.

Unfortunately the strange way in which it was brought against Murray, the unnecessarily strong language the Court used in its discussion of his affidavits, and the fact of his conviction all leaves one from confident that a prison sentence will be avoided.

If it does happen, then Murray would merit the type of support that he has given to his friend, the imprisoned WikiLeaks publisher Julian Assange.

Alexander Mercouris is a legal analyst, political commentator and editor of The Duran.

12 comments for “LETTER FROM LONDON: A Troubling Decision”