The AstraZeneca jab was actually developed by scientists from a publicly-funded institution, writes Nick Dearden in a retort to comments by Boris Johnson. 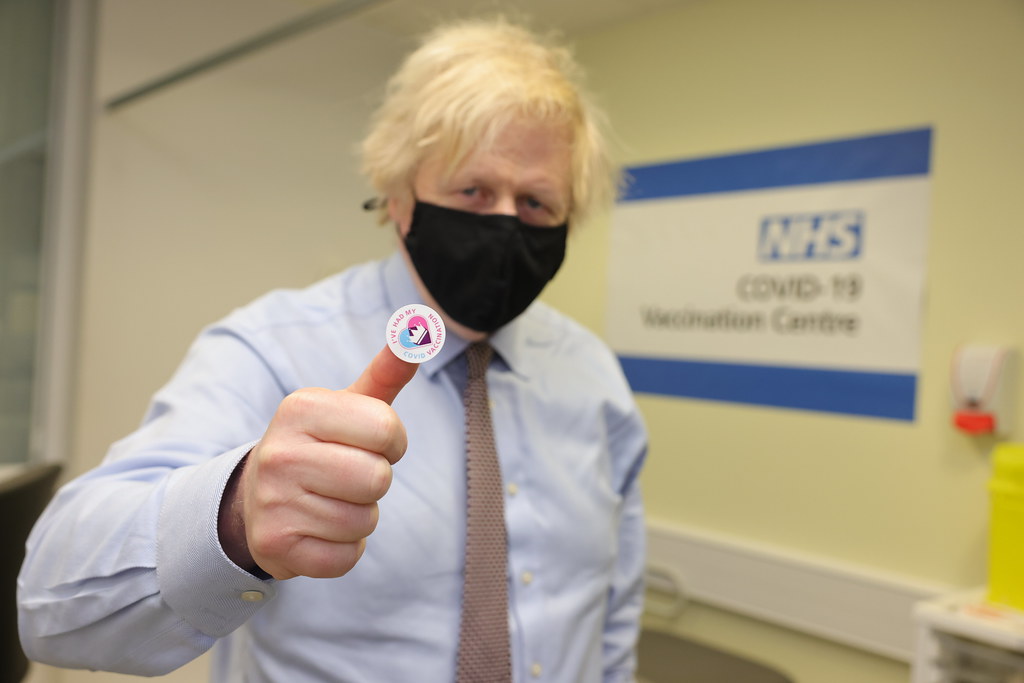 On the anniversary of the United Kingdom’s first lockdown of the coronavirus pandemic, as candles were lit in doorways and the country mourned 125,000 deaths, the prime minister was in the mood for gloating.

“The reason we have the vaccine success is because of capitalism, because of greed my friends,” Boris Johnson reportedly told Conservative MPs, before pleading “forget I said that.”

The timing of the comments was distasteful in the extreme as countries across the world are struggling to find any vaccines, while Britain has acquired several times the doses it needs by bypassing the international bodies meant to ensure a fair global allocation. But more worrying was the warped understanding revealed by the remark of what is actually behind Britain’s successful vaccine rollout.

Johnson claimed the vaccine breakthrough was brought about by “giant corporations that wanted to give good returns to shareholders.” But nothing could be further from the truth. The British government, like other governments, invested heavy public funds into the research and development of vaccines, assuming most of the risk in the process.

The AstraZeneca jab was actually developed by scientists from the University of Oxford, a publicly-funded institution, working with scientists from a range of backgrounds, including many educated in state schools. Those scientists had initially wanted to make their vaccine patent-free, before AstraZeneca entered the scene, effectively privatizing the research.

The vaccines have been brought to market thanks to tens of thousands of trial volunteers who risked their health by putting themselves forward, not out of greed, but out of a desire to end this pandemic and help their families and communities. And the rollout is being managed by the UK’s National Health Service (NHS), a world-class public healthcare system that, despite market-driven reforms in recent years, exists entirely outside the logic of the market. 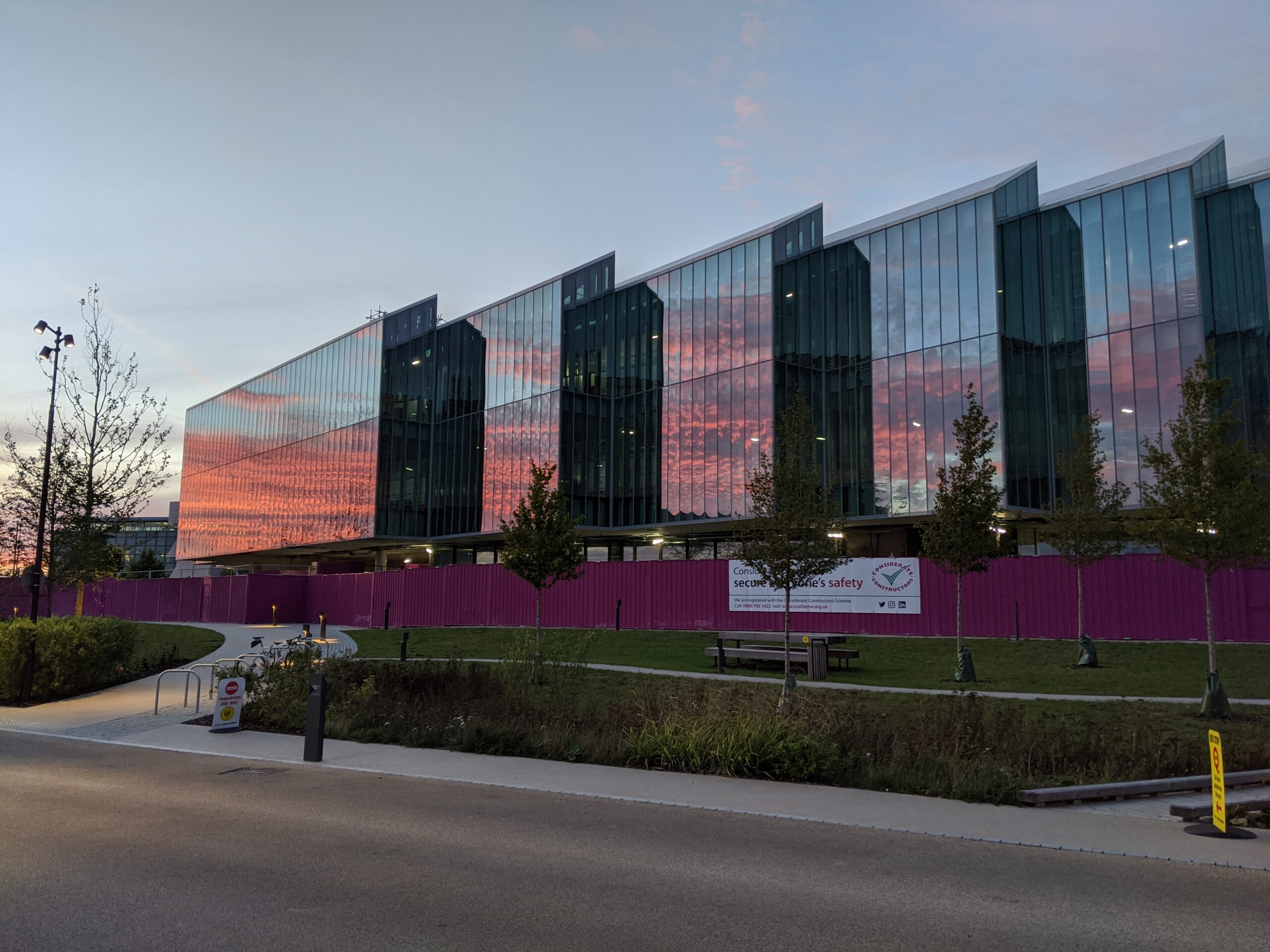 Greed, however, drove Big Pharma companies to privatize vaccines developed with public resources, and patent lifesaving medicines, in an effort to keep a grip on their monopolies. As a result, pharmaceutical giants sold these jabs almost exclusively to rich countries, allowing the U.K. to secure enough doses to vaccinate its population three times over.

Even the European Union is struggling to secure doses, and is now engaged in a bitter war of words with Britain. This is because Johnson’s “me-first” approach, combined with the secret contracts which are a consistent feature of Big Pharma-owned drugs, has fueled anger and suspicion. Much worse, many low- and middle-income countries will have to wait until at least 2023 to vaccinate a large enough percentage of their populations to achieve herd immunity.

And what has stopped the global south countries from making their own vaccines, and instead forced them to wait for the pharmaceutical giants to decide it is their turn? Greed again. The U.K., U.S., and the EU — home to the world’s largest pharmaceutical companies — have blocked attempts led by India and South Africa to temporarily waive patents on Covid-19 vaccines. A waiver would, they claimed, hurt “incentives” — or profits, in plain English. 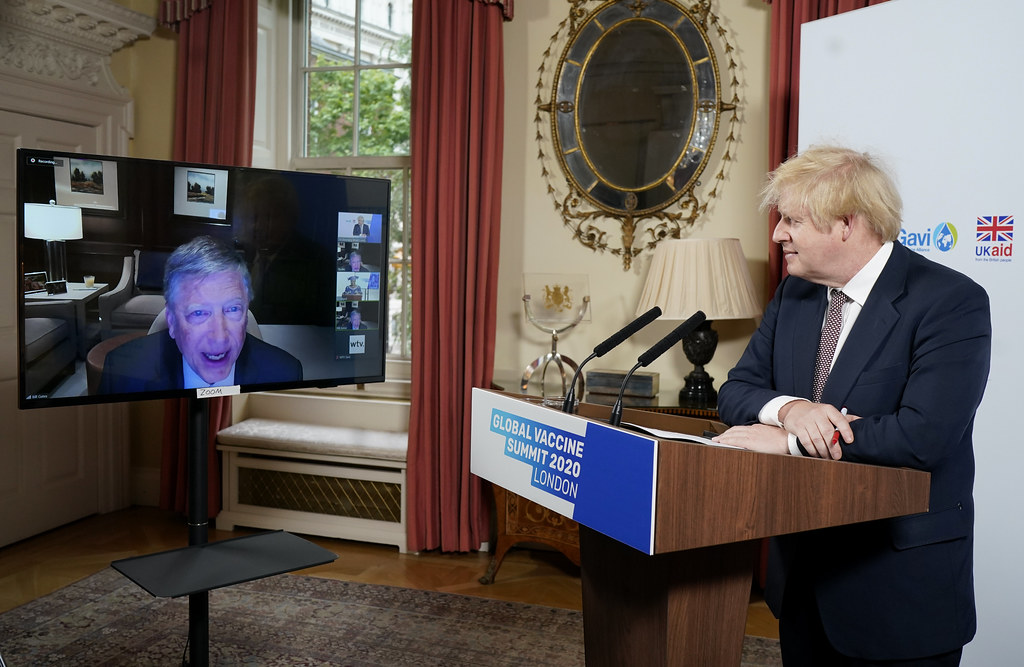 All this is a perfect example of Johnson’s economic strategy — transferring massive public resources into the hands of large corporations and then tasking them with carrying out vitally important services for the public. Increasingly these contracts seem to be awarded on the basis of closeness to the Conservative Party.

Transparency is an afterthought at best, and while these companies do indeed seem to excel at transferring value to their shareholders, they are much less competent at delivering public services. The multibillion-pound disaster that is Britain’s test and trace system is just one leading example of this.

When it comes to vaccines, the consequences of this strategy are clear for all to see. If all of the vaccines due to be delivered in 2021 were distributed equitably, we could vaccinate 70 percent of the world this year, effectively ending the pandemic. Greed is preventing it. The incompetence of AstraZeneca’s rollout is now helping fuel vaccine skepticism across the world. And the secrecy of its contracts is fostering a dangerous vaccine war between the EU and the U.K.

[AstraZeneca pledged to make no profit until it declares the pandemic is over, which could be as early as July. Critics have demanded proof of its no-profit pledge.]

AstraZeneca is not the only greedy company in the vaccine race. Many other corporations have also happily taken public resources, sold virtually their entire vaccine stock to rich countries, and are now looking forward to securing sky-high profit margins. Pfizer is on target to make more than $4 billion clear profit this year, and Moderna’s executives are raking in hundreds of millions of dollars based on the company’s rocketing share price.

Johnson is rapidly emerging as the most vocal proponent of this form of capitalism — an economic model characterized by monopoly power, cronyism and the transfer of huge resources from the public sector, the environment, and working people into the private wealth of the global elite.

The immediate consequence of this is the prolonging of the pandemic, as coronavirus is allowed to run rampant in poorer countries, taking countless lives that could have been saved. But the longer-term consequences will be even more catastrophic: unprecedented levels of inequality, runaway climate change and the erosion of trust in democratic institutions.

Greed is not what has led to the U.K.’s successful vaccine rollout. Instead, it risks derailing efforts to end this crisis. Those of us who want to make sure the world is not only safe from Covid-19, but from the crises of poverty, inequality and climate change, rather than celebrating greed, need to work out how to restrain it as quickly as possible.

← In Quest of a Multi-Polar World
COVID-19: People Gave Up on Flu Pandemic Measures a Century Ago When They Tired of Them – and Paid a Price →