Norman Solomon calls on the U.S. president to remember 1967 and the “Spirit of Glassboro.” 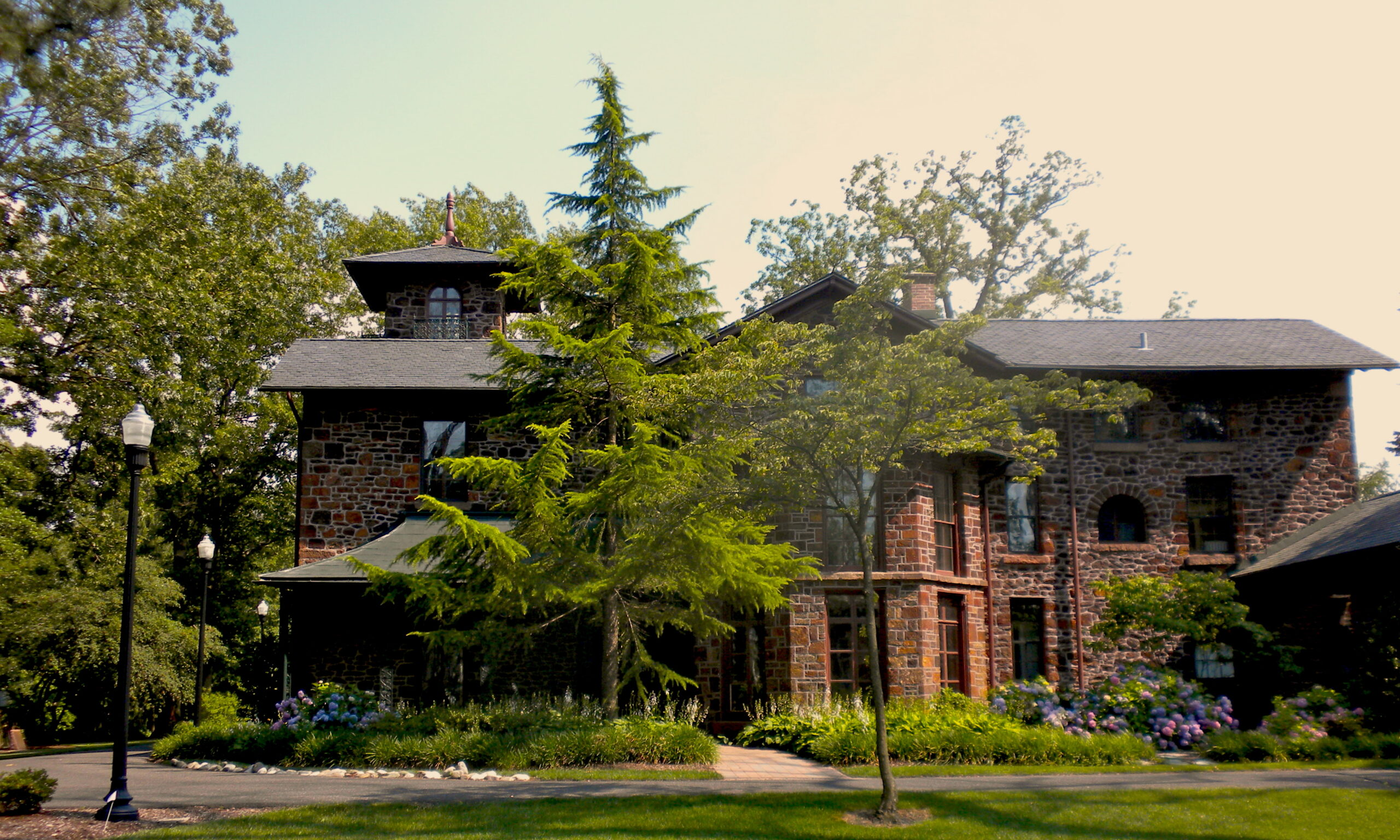 The mansion in Glassboro, N.J., that held the 1967 summit between U.S. President Lyndon B. Johnson and Soviet Premier Alexei Kosygin. (Wikimedia Commons)

Last week’s outbreak of rhetorical hostilities between the White House and the Kremlin has heightened the urgent need for a summit between Presidents Joe Biden and Vladimir Putin. The spate of mutual denunciations is catnip for mass media and fuel for hardliners in both countries. But for the world at large, under the doomsday shadow of nuclear arsenals brandished by the United States and Russia, the latest developments are terribly ominous.

Whatever you think of Biden’s assertion during an ABC News interview that Russia’s President Putin is “a killer” — and whether or not you think the label might apply to Biden, given his pro-war record — the existential imperative of U.S.-Russian relations is to avert a nuclear war. Biden’s claim during the same interview that Putin does not have “a soul” indicates that much of the new president’s foreign-policy thinking is stuck in a cold-war rut.

No doubt many Americans have welcomed Biden’s holier-than-thou stance toward Putin. But an overarching reality is routinely hidden in plain sight: Everyone’s survival on this planet hinges on Washington-Moscow conflicts not spinning out of control. 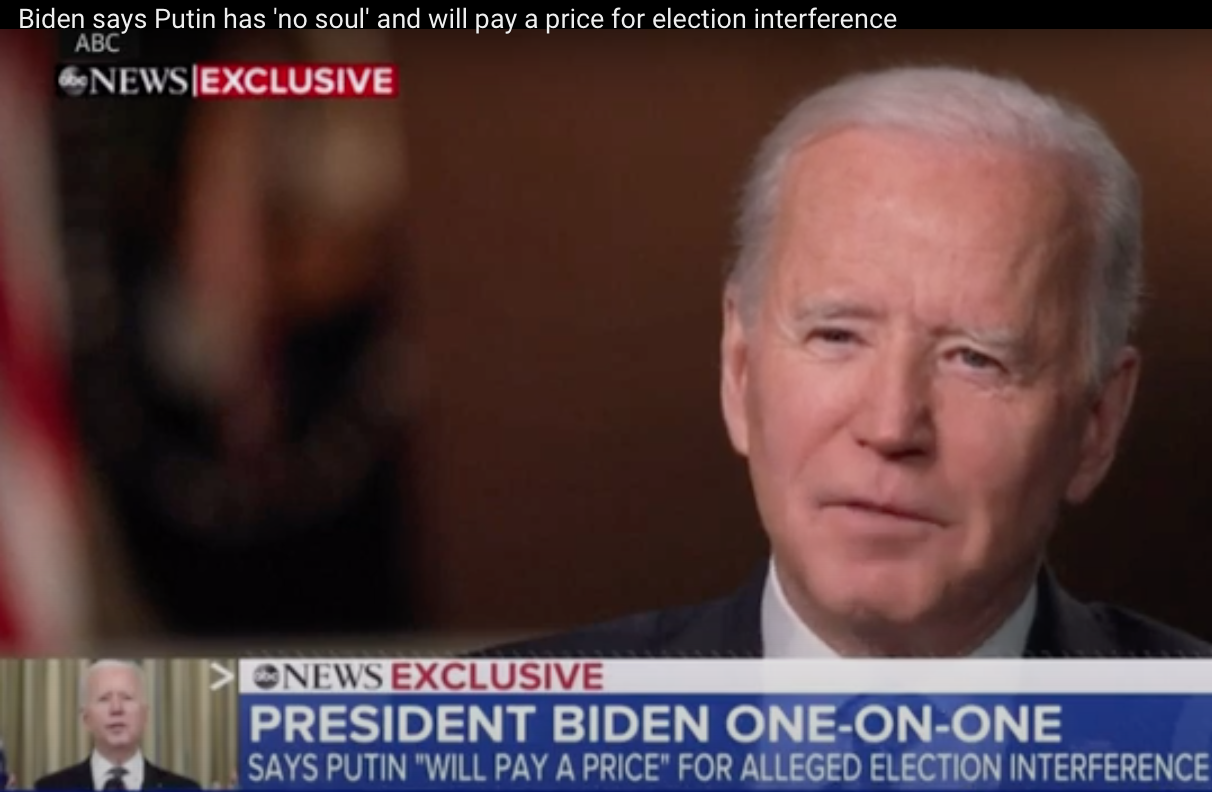 Let’s face it: Biden is playing to the domestic anti-Russia gallery in the U.S. media and “defense” establishment, while making a dangerous mockery of his own claims to be a champion of diplomatic approaches to foreign affairs.

“Diplomacy is back at the center of our foreign policy,” Biden said when he spoke at the State Department in early February. Those who’ve been heartened by such statements during the first two months of Biden’s presidency should insist that he live up to that vow by meeting with the head of the Russian government.

But it’s now clear that much more is needed from Biden than just willingness to sit down with Putin. Biden also needs a major attitude adjustment. He would greatly benefit from pondering what happened in a small New Jersey town for a few days in the early summer of 1967.

Keep in mind that at the time, the Soviet Union was in the iron grip of Communist Party leader Leonid Brezhnev and Premier Alexei Kosygin, who saw to it that freedom of the press or the right to publicly dissent did not exist inside their nation. Compared to those days, Russia under Vladimir Putin in 2021 has far more freedom in terms of media, politics and society as a whole.

The Soviet repression and violation of human rights didn’t stop President Lyndon B. Johnson from trying to reduce the chances of the world blowing up. He engaged in real summitry with Kosygin. Their extended talks on the campus of Glassboro State College gave rise to what became known as “the Spirit of Glassboro.” 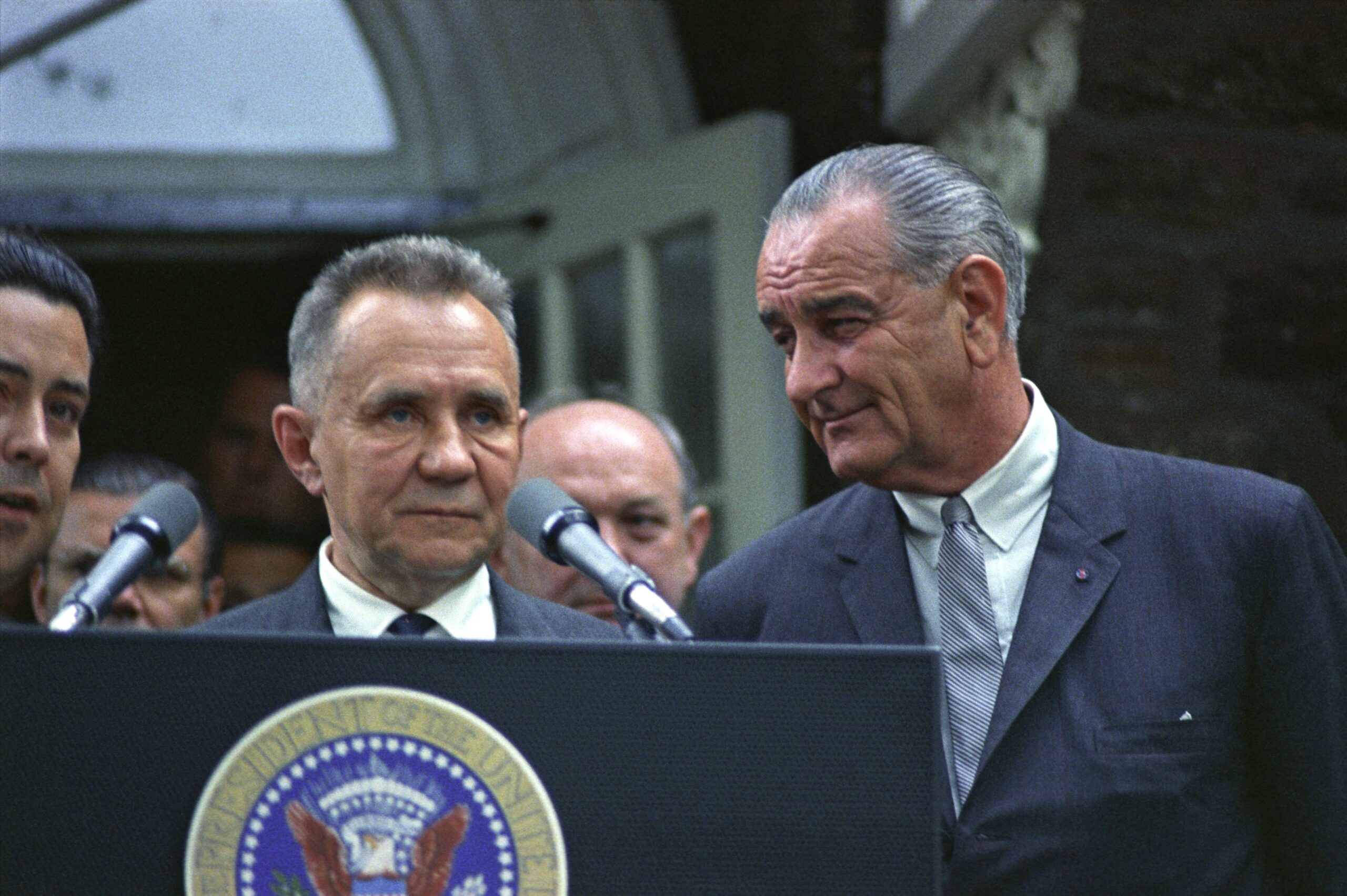 That spirit signified only a limited breakthrough. It did not prevent the next year’s Soviet invasion of Czechoslovakia, or the continuing horrific American escalation of the war in Vietnam. Yet it was genuine diplomatic dialogue — at the highest levels of government — and it decreased the chances of nuclear annihilation.

In the process, LBJ wouldn’t have dreamed of proclaiming his Soviet counterpart “a killer” or declaring him to be without a soul. After more than a dozen hours of direct talks, Johnson stood next to Kosygin and, in effect, made a plea for safeguarding human survival. “We have made further progress in an effort to improve our understanding of each other’s thinking on a number of questions,” Johnson said.

Fifty-four years later, with mutual hostility now at fever pitch in Washington and Moscow, such understanding is essential. But President Biden is not showing that he has the wisdom to seek it.

A former U.S. ambassador to the Soviet Union, Jack F. Matlock, wrote last month that “the vital interests of both countries are endangered when their governments treat the other as a threat, or worse, an enemy, rather than as a potential and necessary partner.” He noted that the shared challenges include dealing with threats posed by “nuclear weapons, pandemics, global warming and ever more destructive technologies if used in warfare.”

“Presidents Biden and Putin now have the opportunity to find ways to cooperate in dealing with global threats, and encouraging others to do so as well. That would constitute a new operating system, suited to the threats of the present and future rather than replaying follies of the past.”

No matter how much we might wish to forget or deny it, we are tied together — as a matter of survival — by a fraying thread of relations between the United States and Russia.

For those in the U.S. government, media and general public who don’t want a Biden-Putin summit to happen, there is a simple question: “Do you want to reduce the chances of nuclear war?” Assuming the answer is yes, any opposition to such a summit is illogical at best.

If the leaders of the two countries with more than 90 percent of the world’s nuclear warheads can’t have a summit meeting and talk with each other, we’re in trouble. Real trouble.

Norman Solomon is the national director of RootsAction.org and the author of many books including “War Made Easy: How Presidents and Pundits Keep Spinning Us to Death.” He was a Bernie Sanders delegate from California to the 2016 and 2020 Democratic National Conventions. Solomon is the founder and executive director of the Institute for Public Accuracy.

This article is from NormanSolomon.com,

← Reminder: US Weaponizes ‘Human Rights’
The Border Crisis Is Forever →

24 comments for “The Urgent Need for a Biden-Putin Summit”