What occurred between Washington and Moscow last week, and at a hotel in Anchorage, bears a significance that we must not miss. 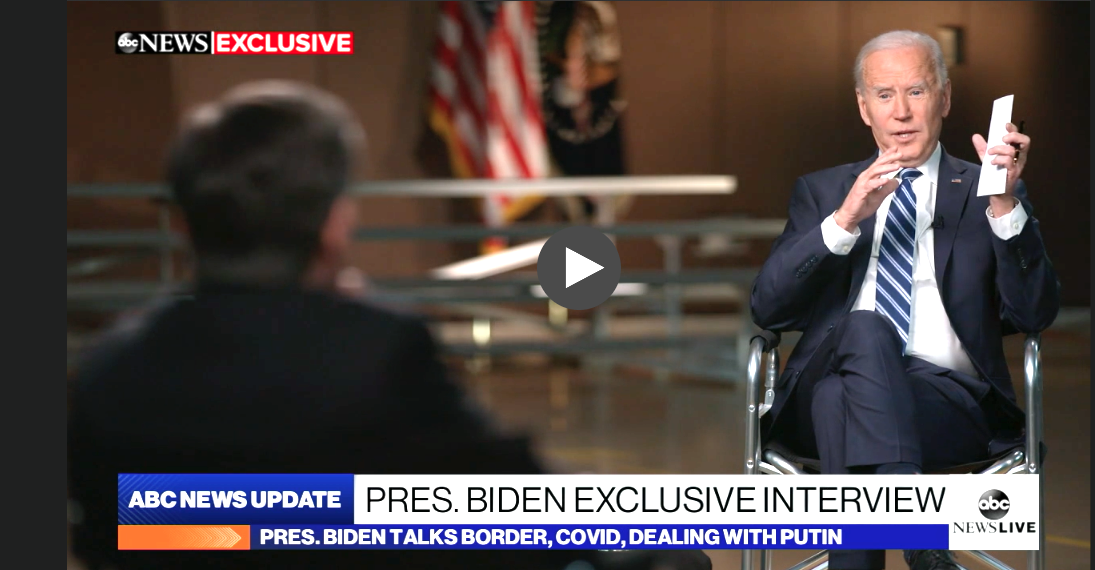 “Biden is a national embarrassment on foreign policy,” a colleague wrote in a note over the weekend. This is the very mildest assessment of the administration’s doings last week.  In a matter of three days, Joe Biden and those who actually run policy — primarily Secretary of State Antony Blinken and National Security Adviser Jake Sullivan — have plunged America into crisis with two of planet Earth’s most powerful nations, both nuclear armed, both essential to addressing global problems that cannot be solved without common efforts, both heretofore explicitly open to cooperative ties to the U.S.

Let us brace for a tumultuous, probably dangerous four years. And let us look soberly to the cause of this tumult and danger.

Biden’s appearance on ABC News last Wednesday evening, while meticulously scripted by all appearances, was an unmitigated disaster. What is to be gained by calling Vladimir Putin “a killer” and then threatening to make him “pay” for meddling in last year’s elections even as there is no evidence to support such allegations (as there was none in 2016)?  One cannot think of a single advantage.

The same question and the same conclusion apply to Blinken’s two-day encounter with Wang Yi and Yang Jiechi, China’s senior foreign policy officials, in Anchorage last Thursday and Friday. The diplomatic representative of the world’s most aggressive, coercive, interventionist nation lecturing a nation with no corresponding record of aggression, coercion, or intervention about our fidelity to some chimeric “rules-based international order?” One must go as far back as… as far back as Mike Pompeo to find such tin-eared incompetence.

Putin recalled his ambassador to Washington immediately after Biden’s televised remarks, and the Foreign Ministry in Moscow now warns of “an irreversible deterioration in relations.” Yang Jiechi, who once served as Beijing’s ambassador to Washington, intimated the same thing. “I think we thought too well of the United States,” he said to Blinken across long, linen-draped tables in Anchorage. “We require the U.S. to treat China and Sino–U.S. relations in an objective and rational manner, discard the Cold War and zero-sum thinking, and respect China’s sovereignty, security, and development interests.”

This is animus. This is two nations saying they have had enough of Washington’s late-imperial hypocrisies and posturings. 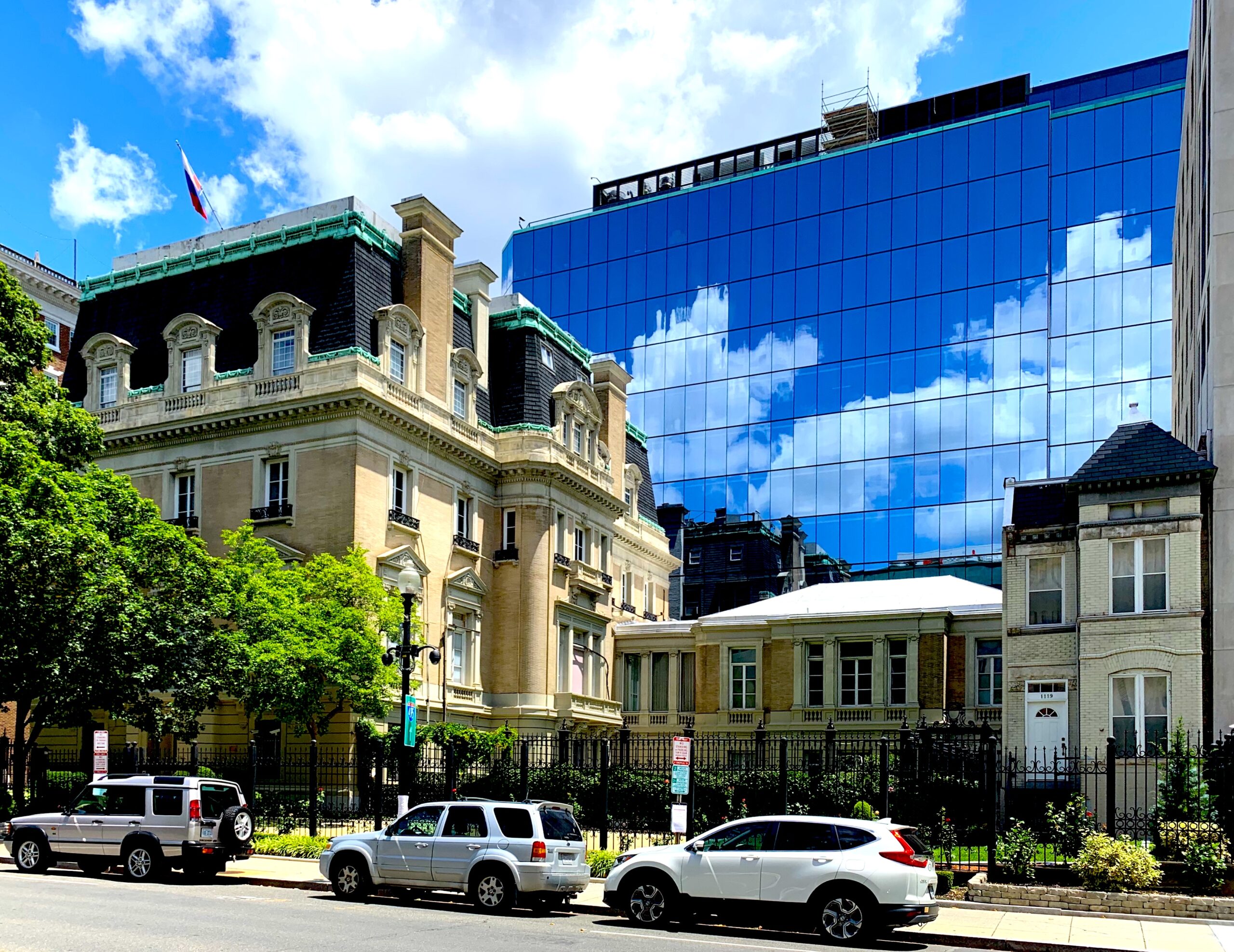 What lies behind these blunders? Was there some purpose in provoking Russian and Chinese ire that transcends the very significant messes the president and his national security people just created?

It is true that Washington, with the Democratic Party bearing the standard, has been committed to hostile relations with Moscow and Beijing at least since the 2014 coup in Ukraine and the National  Defense Review of 2018 identified Russia and China as strategic adversaries. This policy has just been consolidated at the political and executive levels.

It is also true that Democratic administrations, by a long tradition, assume they must be still more hawkish than Republican opponents so as to deflect any charge they are “soft” on national security questions. And true again that our defense contractors, whose tentacles reach deep within this administration, will be better served by enemies requiring big-ticket arms acquisitions than they were by the low-intensity, low-tech “war on terror.”

But there is another factor at work as Biden and his lieutenants unfurl their foreign policies, and I have already suggested it. This is the problem of incompetence. I mean this two ways: There is personal incompetence, and there is institutional incompetence. What a time, with numerous large policy questions looming, to come face to face with such deficits as these.

Neither the president nor those closest to him are demonstrably qualified to conceive of, manage, or execute a foreign policy that meets the 21st century’s numerous and complex new demands. This may not be readily apparent, given the administration’s pose as one of subtle, cultured, deep thinkers (with excellent manners, of course, the president an exception on this score).

Shortly after the election last November, when Biden was preparing to announce his front bench, he termed Sullivan a “once-in-a-generation intellect.” Hmmm. Let us see about this.

Of  Biden little need be said. He boasts a Capitol Hill career that is long on foreign policy experience, but it is the same as with Hillary Clinton: With expertise like this, who needs amateurs? Biden has been on the wrong side of too many policy calamities to count, even though no one in Washington ever counts these things. 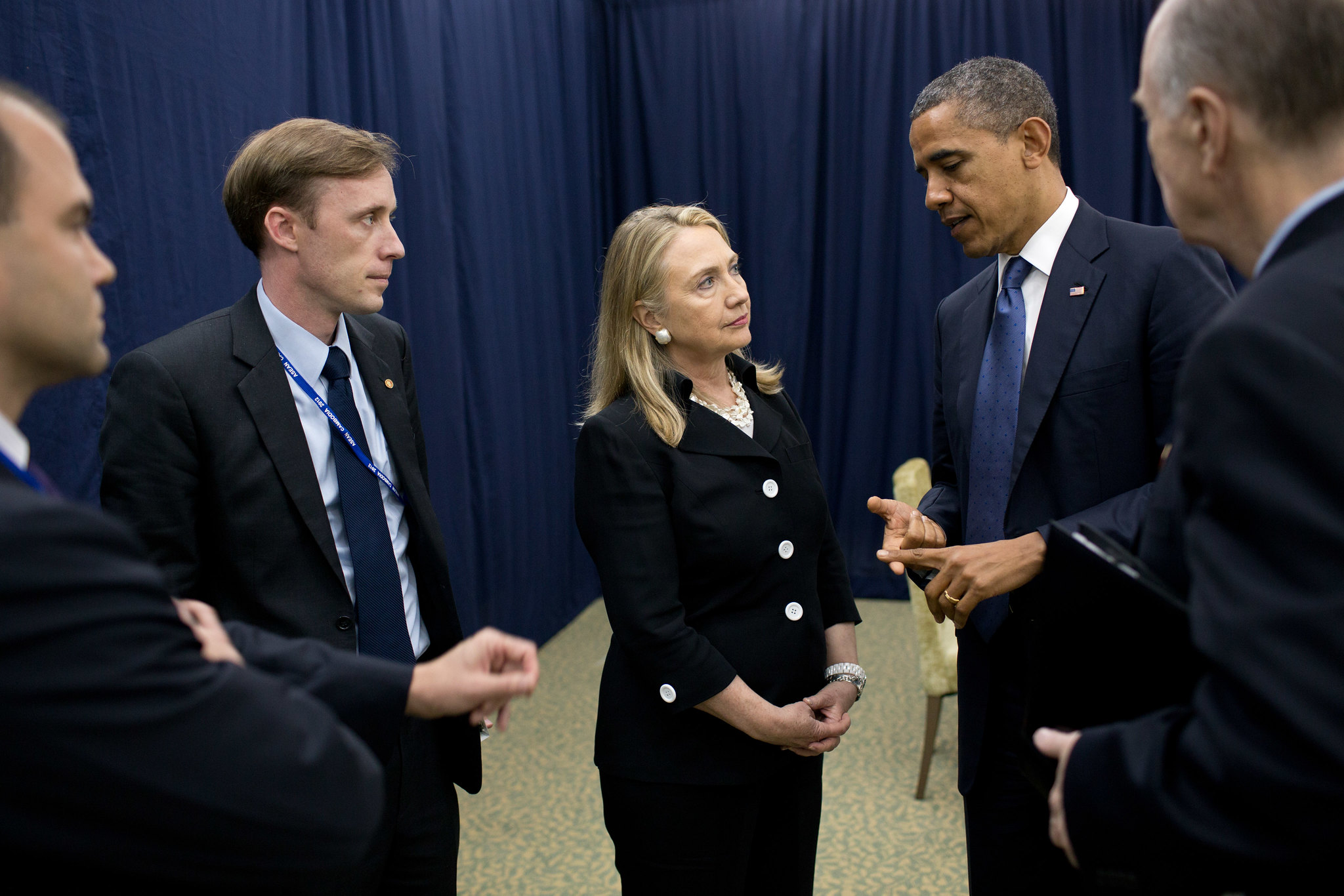 Jake Sullivan, second from left, as deputy chief of staff to the secretary of state, with his boss Hillary Clinton and President Barack Obama, Nov. 20, 2012. (White House, Pete Souza)

As to his mental faculties, The New York Times and the other major dailies can pretend all they like that Biden is a perfectly able president and wonder whatever all the suggestions otherwise could be about. The truth this nation will eventually have to face, when all the dissembling is worn thin and mistakes of the magnitude of last week’s multiply, is that our corrupted political process has landed us with a leader whose car keys ought to be taken away.

As to his underlings, these are advisers well-practiced in the art of telling those they advise what they want to hear. This means they are crafty and do what they are told but are not necessarily smart. As Blinken’s much-noted confirmation hearings made plain, this is a man who knows what he has to say in any given company if he is to advance up the ladder and who says it with an evident eye to the expected obeisance.

This is why Blinken, and by easy extension Jake “once-a-generation” Sullivan, are professed exceptionalists, interventionists, and neoliberal ideologues. This same can be said of others prominent in the administration. Has Blinken ever come forward with an original idea? Think hard. Has Sullivan? Has Avril Haines, now director of national intelligence? Has Defense Secretary Lloyd Austin?

Clinging to a Worn-Out Victory

The 21st century, as anyone with a window to look out of knows, requires various things of its statesmen and stateswomen that eras past often did not. They must bring creativity and imagination to the policy process if they are to make anything worthwhile of it, for the global environment has changed radically and continues to do so. Maybe most of all, they must have the confidence to cut new paths, knowing that one can go in no new direction unless one is willing to venture onto uncharted ground.

None of Biden’s people exhibits any such confidence or courage. This brings us to the problem of institutional incompetence.

The world was America’s oyster after the 1945 victories. And it is the same for victors throughout history. All they need to do is keep on doing what it was that gave them their triumph. Only the defeated must reëxamine themselves, identify their errors, and think anew. In this way defeat opens fertile ground, while victory often leads to sclerosis.

Our policy institutions are effectively devoid of thought, if you have not noticed, because they have had no need of thinking for the past 70 years. With this in mind, I urge readers to listen to a snippet or two of Blinken’s remarks in Anchorage last week. This is not a man who thinks. This is a good boy who recites rote phrases, as from a catechism.

One would love to pose certain questions to Biden’s foreign policy people so as to reveal what they are truly made of. Do you recognize the legitimate interests of others, Secretary Blinken, and if you do how would you define China’s and Russia’s? China has counted noninterference in the internal affairs of others among its core principles since Zhou Enlai articulated it at the Nonaligned Conference in Bandung in 1955. Secretary Blinken, do you acknowledge this principle?

What occurred between Washington and Moscow last week, and at a hotel in Anchorage, bears a significance that we must not miss. As I listened to Blinken lecture the Chinese about America’s fidelity to “a rules-based international order” — yes, he had the nerve — it occurred to me that it is during the Biden years that America’s rear-guard defense of its fading empire is likely to collide rather directly with 21st century realities such as global parity, multipolarity, and the rest of the world’s determination to enforce international law.

While I was pondering this, I read of a new coalition of nations calling themselves the Group of Friends in Defense of the Charter of the United Nations. Its members stand explicitly against U.S. aggression and include, not surprisingly, various states — Bolivia, Cuba, Syria, Venezuela —that have endured it. These nations are not going to make the world spin differently, but I read their voices as a sign of changing times. China and Russia are also among them.