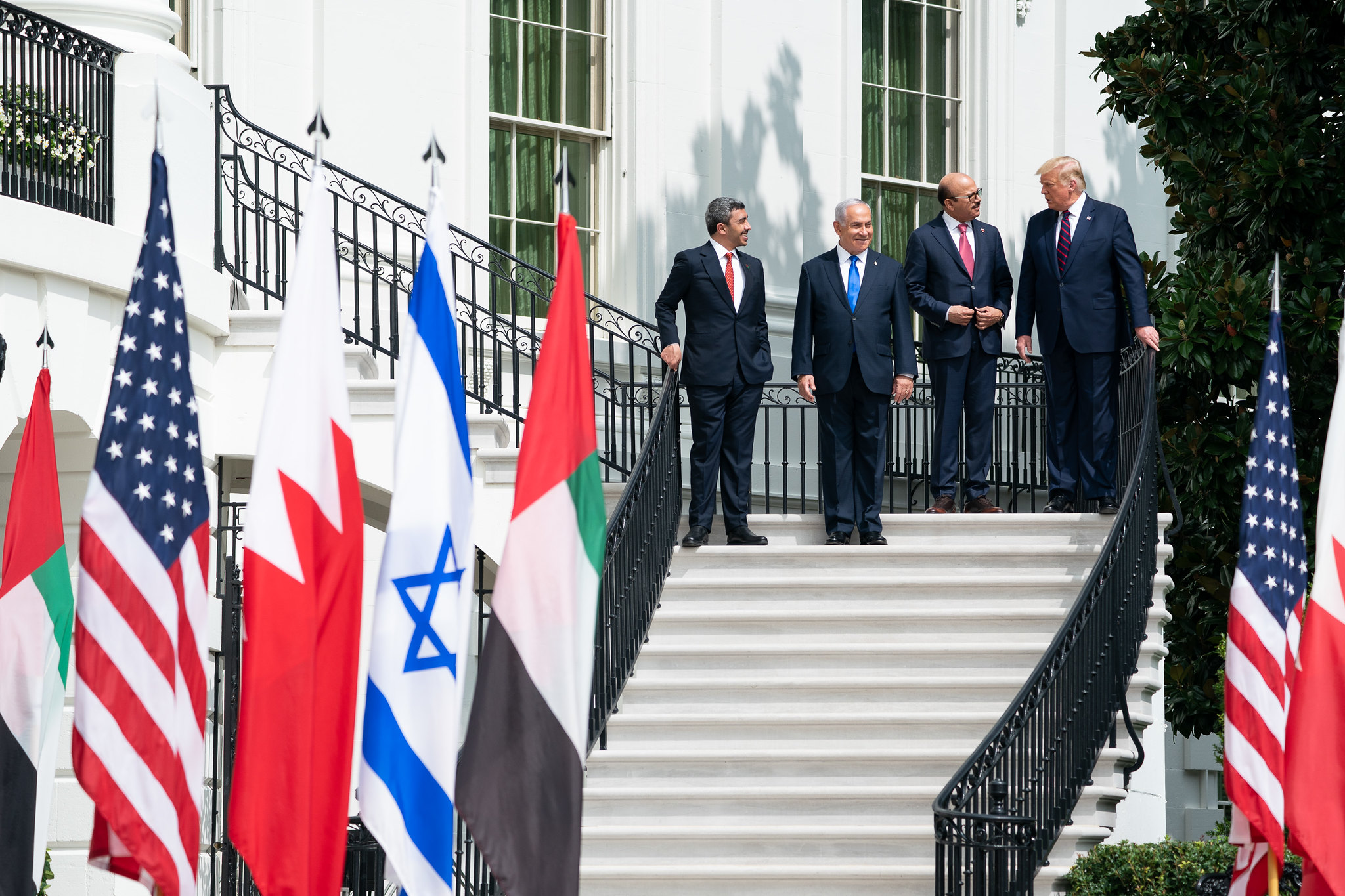 The recent normalization between Gulf regimes and Israel received much positive Western coverage as both Republicans and Democrats in Congress rushed to support the emerging alliances. The despotic nature of Gulf regimes was of little concern as the U.S. has been sponsoring tyrannical rule in the Middle East for decades.

Former President Donald Trump intended to make it the crowning achievement of his administration and made it a big part of his campaign.  Nevertheless, anti-Trump media never critically examined the so-called Abraham Accords.

The name implies that the peace treaties between Arab regimes and Israel have a religious background, or at least connotation. The Abraham Accords imply that the Arab-Israeli conflict is religious in nature, and that the two sides can speak on behalf of two “great” religions. While Israel insists on speaking on behalf of world Jewry, the Saudi and Emirati despots won’t dare speak on behalf of Islam. The Saudis make a big deal of being the “custodian of the two holy sites,” not because it has a religious or political legitimacy among Muslims, but precisely because it lacks it and hopes to get it though such propaganda.

The name Abraham Accords (Abraham is regarded as a prophet by Muslims and Jews) ignores parties to the conflict who are neither Muslim nor Jewish.  Palestinian Christians are as much an integral part of the Palestinian people as are the Muslims, and there are Palestinians who are not religious. 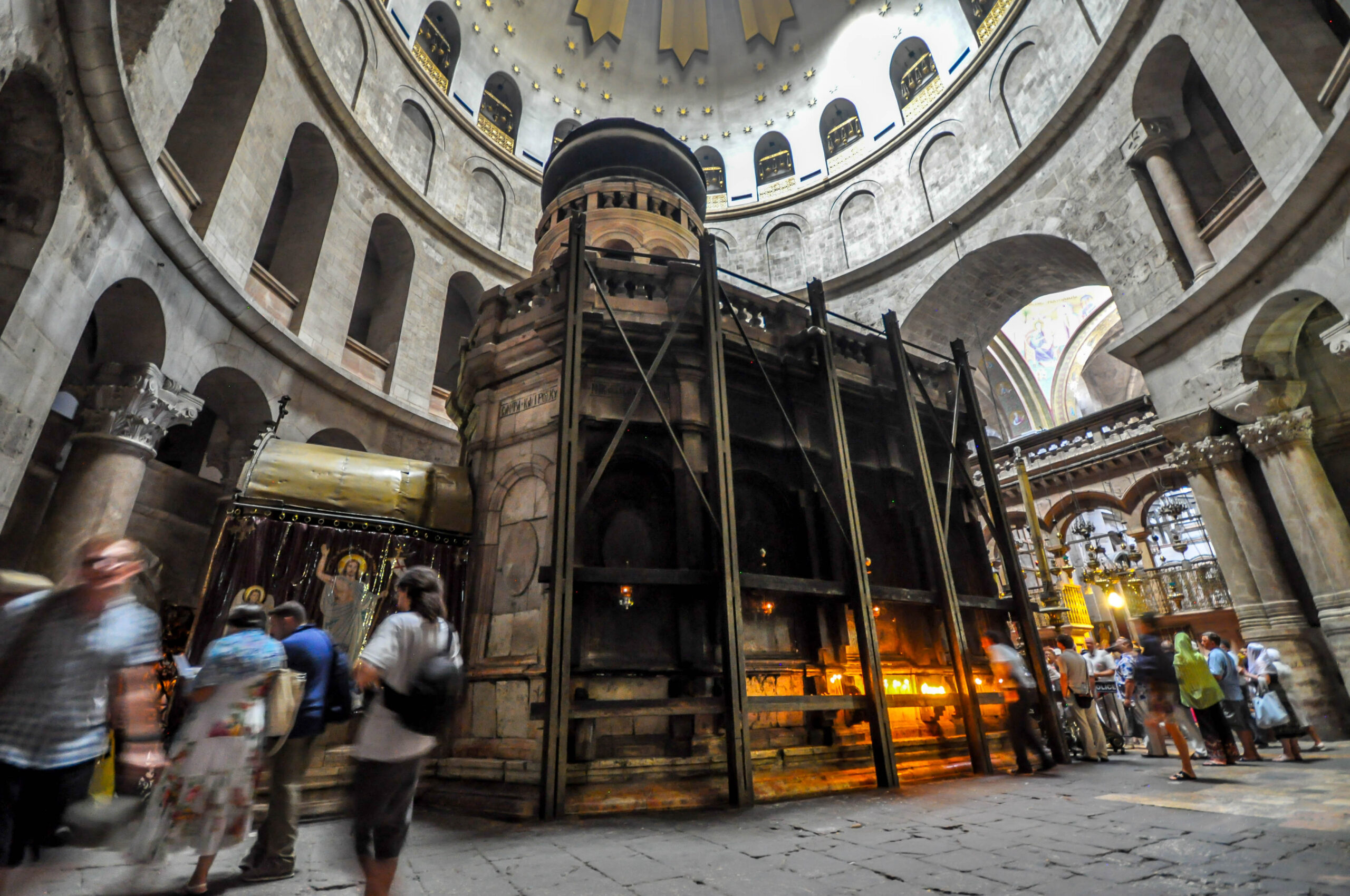 Vistiors to The Church of the Holy Sepulchre within the Christian Quarter of the walled Old City of Jerusalem, 2012. (Jlascar, CC BY 2.0, Wikimedia Commons)

The Abraham Accords try to frame the Arab-Israeli conflict as religious to  make it easier for Westerners to sympathize with Israelis. For decades, Zionist accounts of the conflict disregarded the presence of Palestinian Christians in order to portray the conflict as one between bloodthirsty Muslims and Jewish victims of the Holocaust.

The religious treatment appeals to Western Christians who often see a contemporary conflict through a biblical prism.  It’s in Western Zionists’ interests (both Christian and liberal secular) to ignore the presence of Palestinian Christians to turn the conflict into a Muslim-vs-Jewish one.  The concoction of Muslim-Jewish enmity is more likely to solidify Western sympathy for the Jewish state because Muslims are the least likely to receive sympathy, as a religious group, from Western audiences. 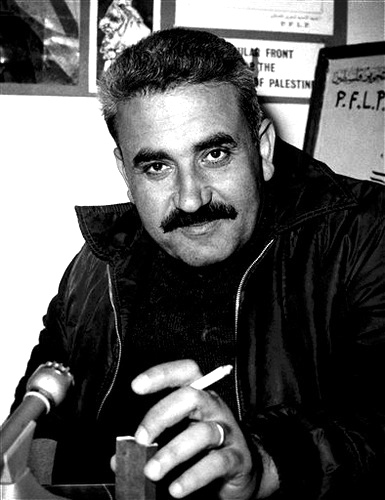 Gulf regimes never really invested in the Arab-Israeli conflict.  After 1948, public expectations for Arab official support for the Palestinians were such that all Arab oil-rich countries donated to the war effort, and funded arms purchases for “confrontation states” (namely Egypt, Syria, and Jordan — and later the PLO after 1964).

But Gulf support for the Palestinians was largely rhetorical and their funding for the PLO was more an attempt to control the organization to prevent the ascendancy of radical forces within it, like the PFLP of George Habash.

Yasser Arafat received funding from the reactionary Gulf states and in return he fought effectively against radical organization and strategies, and steered the PLO in the direction of a peaceful settlement with Israel.  It is not an exaggeration to maintain that Gulf funding of Arafat basically aborted the Palestinian revolutionary potential.

But Gulf regimes also contributed to the Palestinian cause in a different way: in the face of secular Arab nationalism of Egyptian President Gamal Abdel Nasser, they sponsored his rivals, the Muslim Brotherhood and other Islamist orientations.

Muslim preachers and teachers who fled the secularism of Nasser’s Egypt were received, sheltered and awarded prominent positions in Gulf countries. Most ran the education and religious sectors of the state.  They also collaborated to produce religious-oriented rhetoric on the Palestinian question, which was in stark contrast to the secular Arab nationalist rhetoric of Nasser. 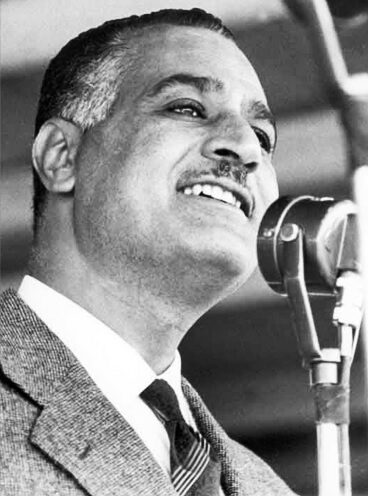 Gulf regimes never invested in the scientific study of Zionism or in the history of Palestine.  It was Nasser and Palestinian intellectuals (under the umbrella of the PLO) who insisted on rejecting anti-Semitism and on drawing distinctions between Zionism and Judaism, and between hostility to Zionism and repugnant anti-Semitism.

Zionist lobbies worldwide strove to find evidence of anti-Semitism in Nasserist and PLO literature and found very little.  In the case of Nasser, Zionist literature could only refer to a reference to the Protocols of the Elders of Zionism that Nasser allegedly mentioned in an interview with an Indian journalist (but that was not made by Nasser in Arabic).  And Zionist celebrity journalist, Oriana Fallaci, in Life magazine fabricated an anti-Semitic saying and attributed it to Habash, who as the leader of the PFLP was thereafter wrongly known for “anti-Jewish pronouncements.”

Nevertheless, the Gulf propaganda machine specialized in producing anti-Jewish literature and often mixed it with anti-communist tenants.  Thus, the Jewishness of Karl Marx was a cornerstone of Gulf regime rhetoric during the Arab Cold War (which is the name of an essential book by Malcolm Kerr, a reference to the period from 1956 to 1967 when the conflict between Nasser and the Saudi regime dominated Arab politics).

And those governments have had contacts with Western anti-Semites who have been invited to “lecture” and give interviews in the region (Al-Jazeera even hosted the neo-Nazi David Duke after Sept. 11, and he spoke in Bahrain).  The writings of Lyndon Larouche were cited in Gulf media, and it was common to dig out the most offensive comments about Jewish people in the Arab/Islamic heritage. But even Bernard Lewis concedes in his The Jews of Islam that there is no racialist anti-Semitism (like that of Christian European) in Islamic heritage.

After decades of propagating repugnant anti-Semitic literature and propaganda in the Arab and Islamic worlds, the Gulf regimes have decided to settle with Israel and to even establish an alliance with the Jewish state.  In the wake of Sept. 11, the Saudi regime launched the initiative of “dialogue between religions” (and King Abdullah of Saudi Arabia founded a center by that name in Vienna).

The thrust of the Saudi initiative was to get closer to Israel though an ostensible dialogue with Jewish religious leaders — and for some reason Shimon Peres joined the Saudi King in 2008 in New York City.  This came as the Saudi regime was facing severe criticisms in the U.S. in the wake of Sept. 11 and was desperate to improve its image.

The reason these governments were eager to move from repugnant anti-Semitism to ostensible philo-Semitism was to try to prove that they weren’t anti-Semitic.  It was the same reason that Egyptian President Anwar Sadat visited Israel and signed a peace treaty with it despite his past Nazi sympathies and anti-semitism.

Arab despots believe in wildly exaggerated — and anti-Semitic —scenarios about the role and power of Jews in the U.S. and the world.

Similarly, the Moroccan King, Hasan the II, spoke glowingly of “Jewish brain power” and the need to match it with Arab money because he believed that Jews are not like other people of the world.

Arafat had the same view in pursuing peace with Israel through the U.S.  He held a firm belief that a group of Jewish officials controlled all aspects of U.S. foreign policy toward the Middle East.  He would often name those officials, although he often identified non-Jewish officials as Jewish. 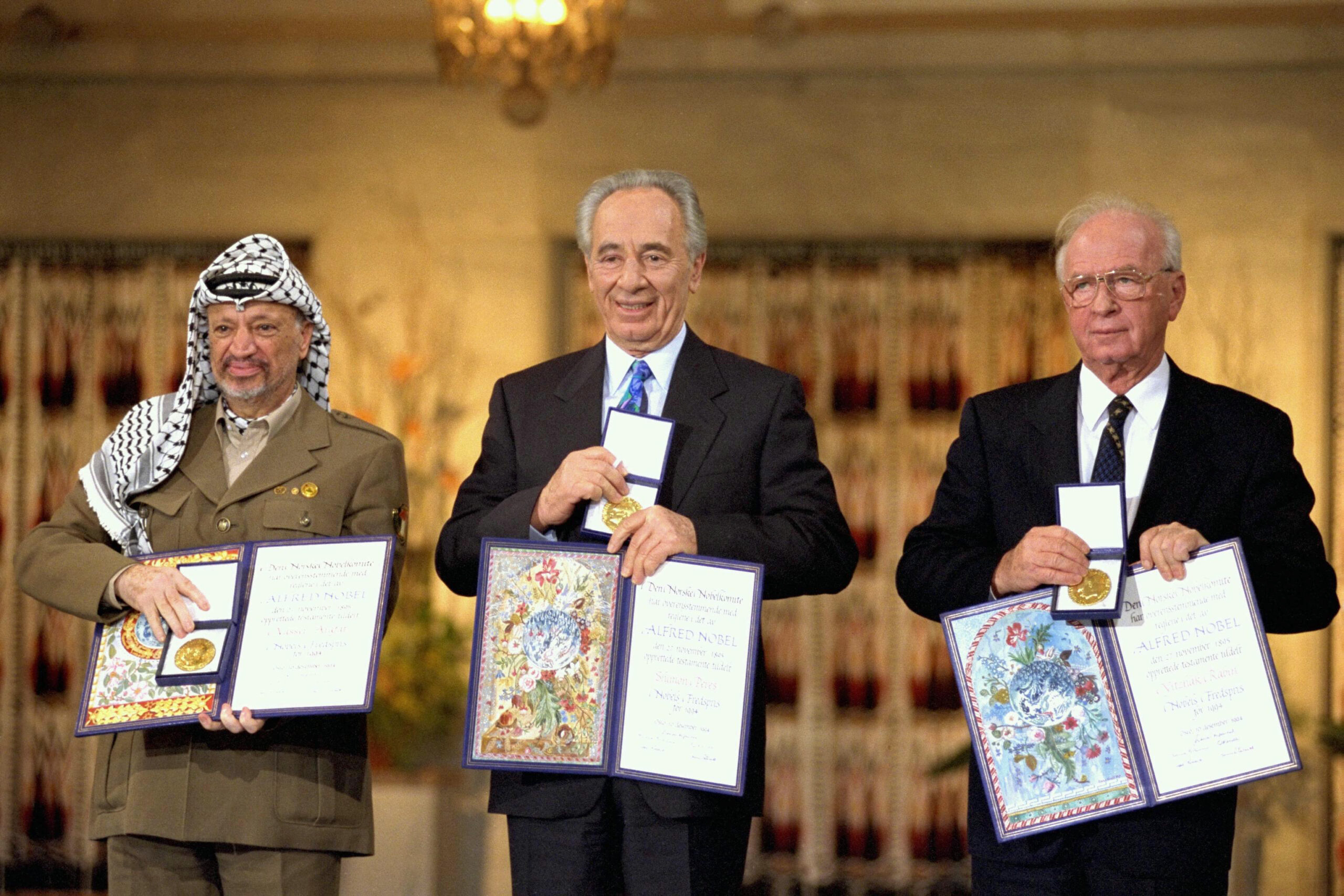 In the same way, the daily Ash-Sharq Al-Awsat, a Saudi regime mouthpiece, insisted that U.S. UN ambassador Jeanne Kirkpatrick was Jewish because she was a strong supporter of Israel.

The Saudi regime tried to ingratiate itself with the American public and U.S. Congress by establishing relations with Jewish organizations.  But for those regimes, the old anti-semitic canard that “Jews control the world” (which is drawn from the notorious Tsarist police forgery, the Protocols of the Elders of Zion) is believable.

The Rush to Normalize

The ongoing rush of normalization by Arab Gulf and other despots with Israel should not be seen as a break by these regimes with their notorious anti-semitic past. Far from it, those regimes are merely re-channeling their anti-semitism in order to ingratiate themselves with the U.S. Congress because they think that by improving relations with Israel they are able to reach to the heart of the Western world which they still view as being under a mythical Jewish control.

That Western media welcomes these steps of normalization without analyzing the thrust and motives of Arab despots is merely a byproduct of Western media enthusiasm for “Arab” peace with Israel, even if the normalizations are with notorious anti-Semites.