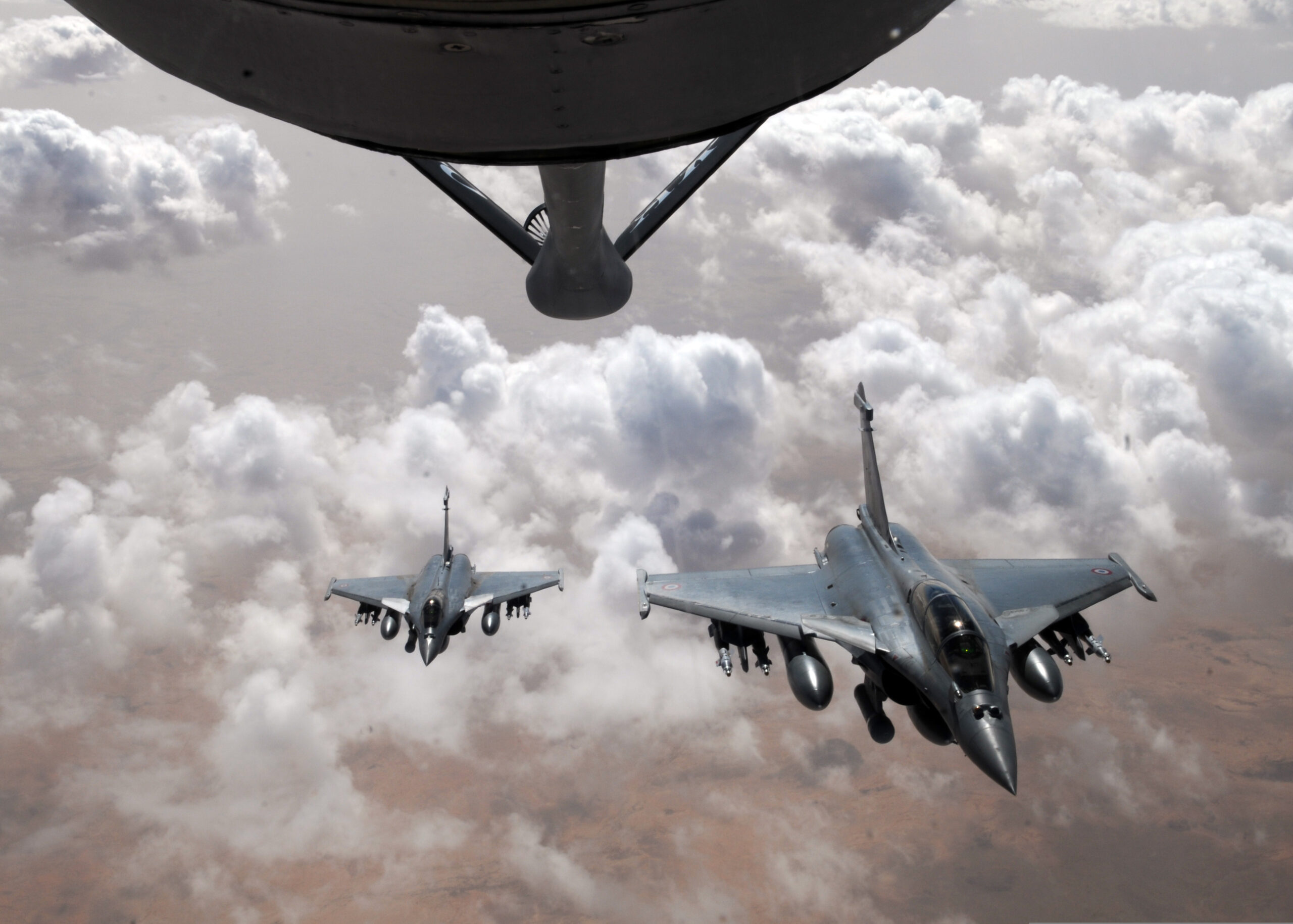 After some hints to the contrary, it turns out French troops in the Sahel aren’t going anywhere anytime soon. So said President Emmanuel Macron in Paris on Feb. 16, even before his virtual summit with France’s former-colonial “partners” – Burkina Faso, Niger, Mali, Mauritania and Chad – comprising the G5 Sahel Joint Force.

Formed in 2014, it’s described in bureaucratic Paris-speak as “an intergovernmental cooperation framework, in order to put forward a regional response to the various challenges.”

In reality, the G5 are little more than a misfit crew of problematic proxies doing the bidding of the French generals leading a seven years-running Operation Barkhane – and that of America’s AFRICOM proconsuls propping-up Paris’s pet forever war in the Sahel.

This year’s G5 Sahel summit was based – like Operation Barkhane’s headquarters – in the Chadian capital of N’Djamena, though due to Covid-19, European and U.S. participants joined virtually.

France launched its current military adventure in Mali – originally known as Operation Serval – in 2013, before expanding it across the region under Barkhane’s umbrella. Ironically, as the French mission has continually expanded – and recently floundered – every single metric of insecurity in the Sahel has increased along with it. That includes: civilian deaths (2,000 in 2019-20), internal displacement (well over one million), poverty (30 million people in need of food assistance), and coalition casualties (29 Malian, UN and French troops killed since the New Year).

Nevertheless, when it comes to doubling down on failure, France learned from the (American) best, so Macron ruled out immediate troop cuts – despite both rising antiwar sentiment at home and growing anti-French sentiment in the region – and even earned Chad’s commitment to deploy 1,200 more troops to complement Operation Barkhane’s 5,100 French soldiers. Now that’s worth keeping an eye on. The Chadian reinforcement represents a nefarious and long-running quid-pro-quo, whereby Paris scratches N’Djamena’s dictator-of-the-moment’s back in exchange for his fielding France’s favorite hired guns. 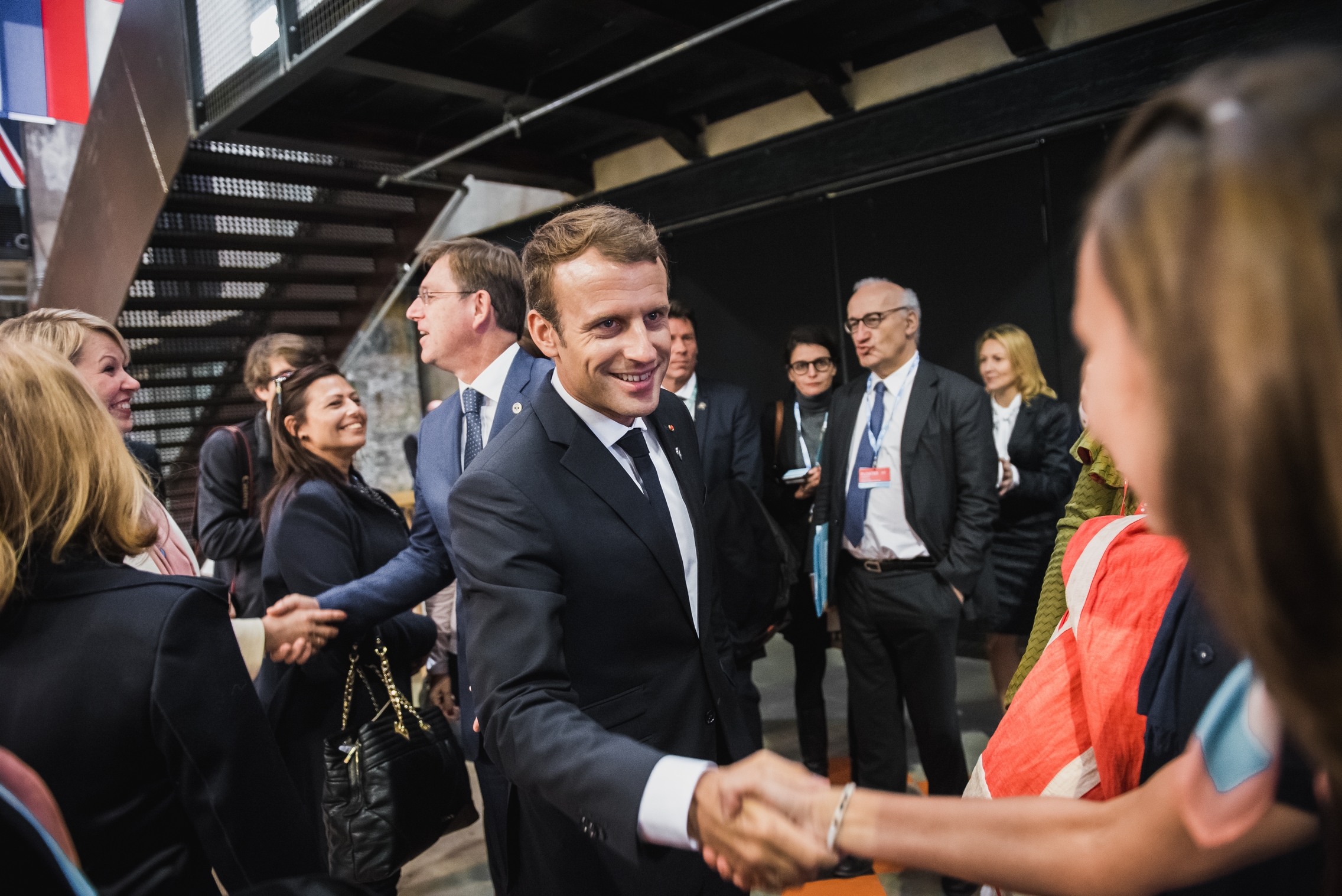 Come to think of it, Paris often provides the guns too, so Chadian troops really amount to hired hands and cannon fodder for France’s neo-colonial combat. For example, just three weeks before the summit, the French embassy held a ceremony celebrating the handoff of nine ERC-90 armored vehicles to Chad’s uniformed mercenaries – whilst the country’s civilians starve. One wonders just how many bags of grain, mosquito nets, and vaccines nine of these even dated ERC-90s might’ve bought? No matter, since the embassy asserted that these “rustic, efficient and reliable” vehicles “will perfectly meet the operational needs of the Chadian army in its contributions to the fight against terrorism.” Too bad Chad’s children can’t eat them.

How about those hired guns? In other words, just what of substance do N’Djamena’s soldiers of fortune – paid all of $58 a month for their trouble – provide the destabilizing Franco-American Sahel “stabilization” mission? Beyond bullet-sponges, let’s say less than zero! Even according to a rather generous International Crisis Group assessment, “Chad’s army plays a central role in the international counter-terrorism operations in the Sahel, but it is a source of potential instability at home.”

Not to say current Chadian strongman Idriss Déby’s troopers don’t stay busy. He’s shipped them to support France’s fight in Central and Northern Mali (1,406 of them, in fact, by March 2017), to the five-country combat mission countering Boko Haram in the Lake Chad region in early 2015 (providing about one-third of troop strength for the Multinational Joint Task Force – which is also headquartered in the Chadian capital N’Djamena), and to the United Nations Multidimensional Integrated Stabilization Mission in the Central African Republic (MINUSCA) – another former French colonial disaster area. 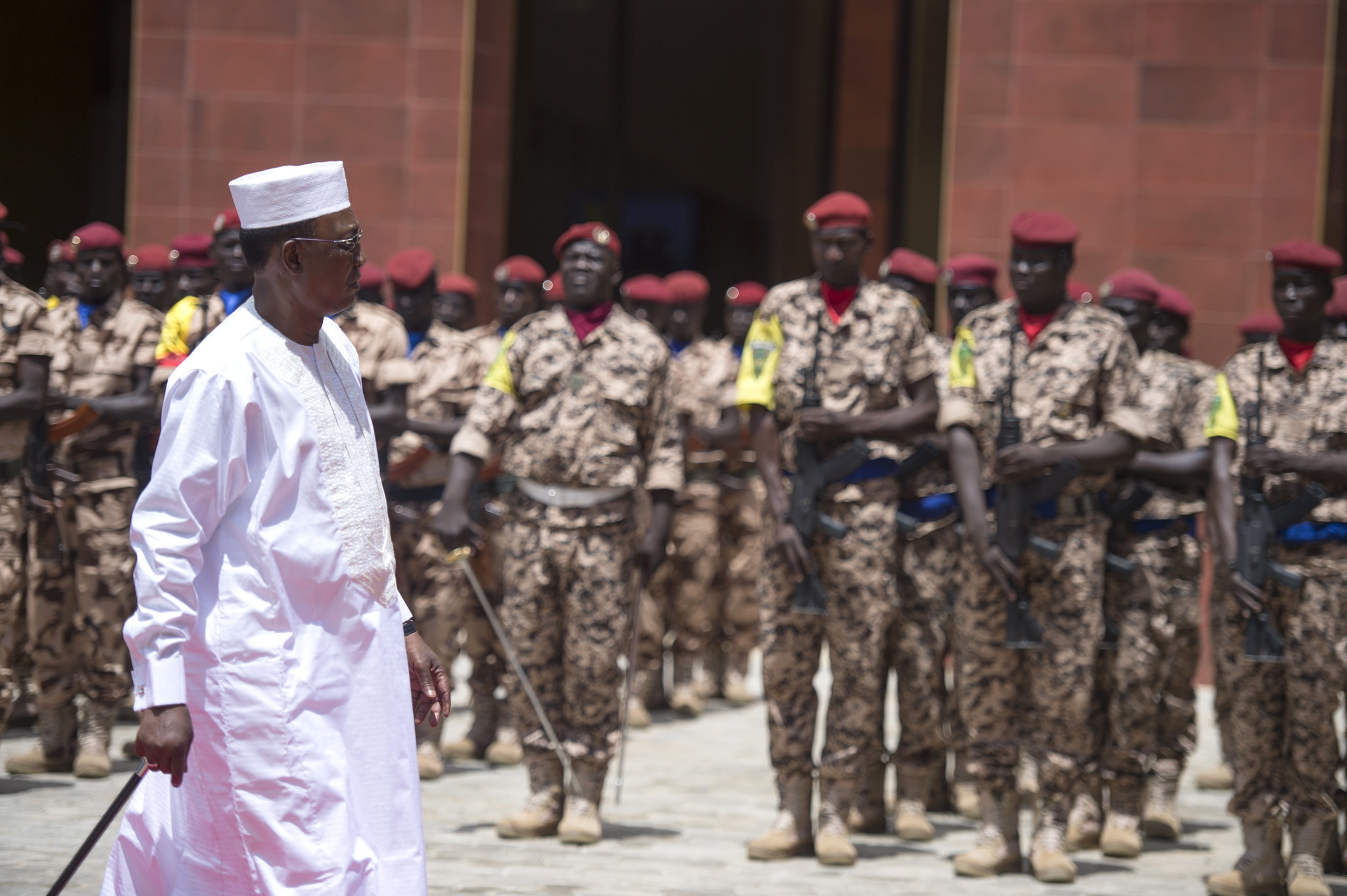 Whether Chad’s “desert warriors” are actually value-added on these adventures is another matter entirely. In April 2014, Chadian forces had to withdraw from the UN mission in the Central African Republic after accusations they’d killed 30 unarmed civilians and offered financial and military support to the country’s Seleka rebels. In Mali, there’ve been numerous allegations of rape and sexual violence perpetrated by Chad’s soldiers.

Nevertheless, even if Chad’s troops abuse civilians, threaten fledging democracy at home, and haven’t won any real victories abroad, Déby sees subcontracting his soldiers as the gift that keeps on giving (to his regime at least). Having crafted Chad’s image as an indispensable counter-terrorism ally, he’s “played the military diplomacy card” to consolidate Franco-American security partnerships – and thereby, his own political power.

The political scientist Marielle Debos even coined a clever slogan for Déby’s mercenary method of misrule – and title of her 2016 book – “Living by the Gun in Chad.” 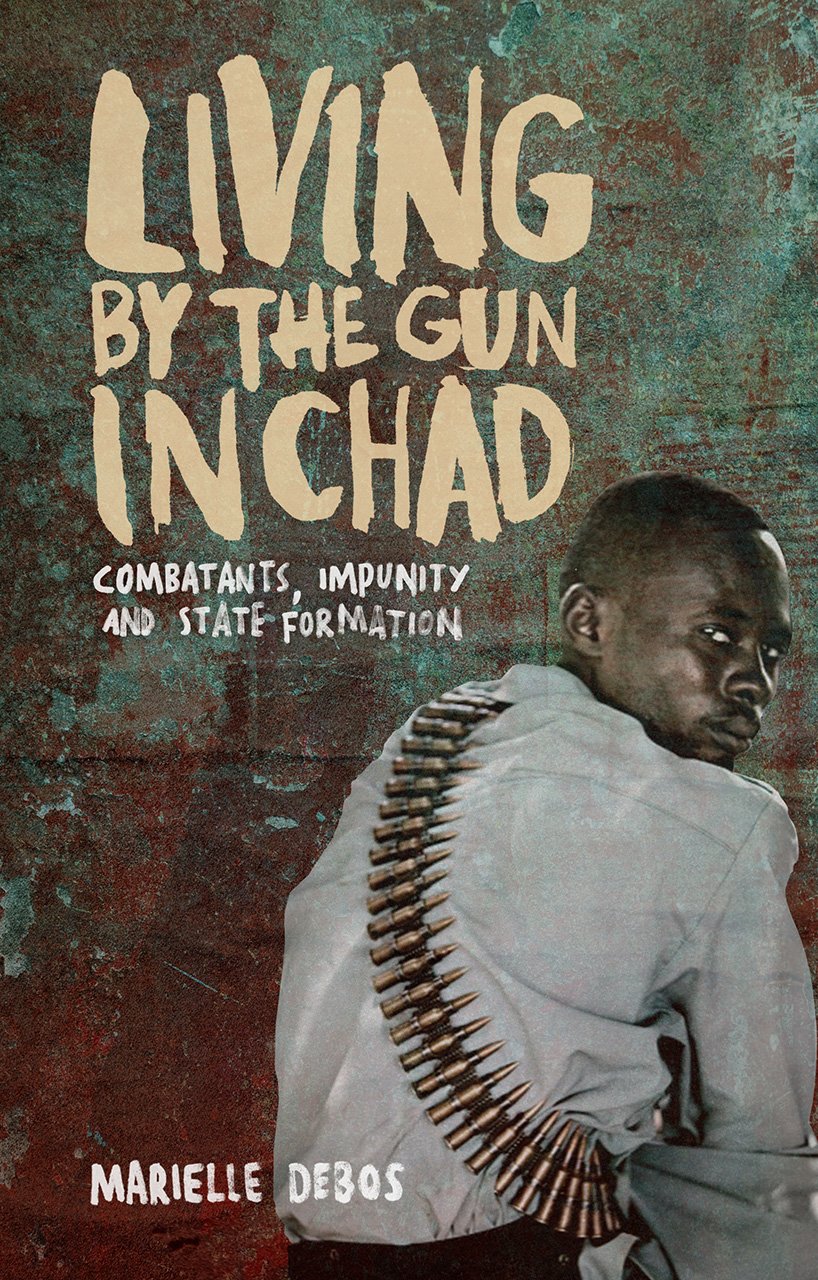 In 2017, she explained that Chad’s self-styled status as a newfound regional military power “leads France and the US to turn a blind eye to election rigging and human rights violations.” Déby’s even garnered decisive diplomatic clout – like the January 2017 selection of his former Foreign Minister Moussa Faki Mahamat to head of the African Union Commission. He still does.

Naturally, Chad hasn’t much business contributing to anything abroad — given its own rampant instability and unfolding humanitarian crises. The place is a mess. Right on the heels of its hosted summit, 35 people were killed in southeastern Chad during — such a Sahelian ubiquity — communal fighting between farmers and herders.

Furthermore, amidst rising tensions resulting from the perennial (in power since 1990) strongman’s Idriss constant constitutional goal-post-moving — he’s amended and re-amended it so he can now stay in power until 2033 — this week Chadian security forces raided the opposition presidential candidate’s house, killing five people (including his mother and son). 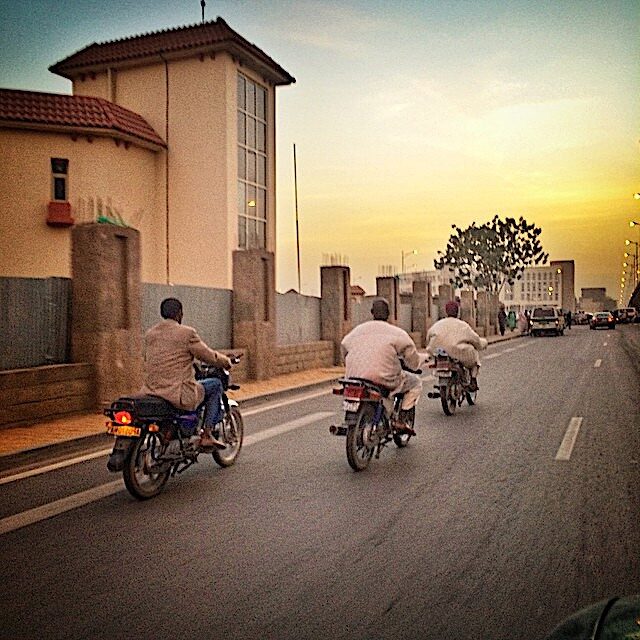 This all unfolds ahead of Chad’s scheduled April 11 election, but should hardly surprise even casual observers. Defying a government ban on protests under coronavirus restrictions, Déby’s decision to run prompted several hundred demonstrators to hit N’Djamena’s streets, set fire to tires, and chant “Leave, Déby!”

They were met with police tear gas and several dozen were arrested. That’s all business as usual in Chad, a country where – according to the 2020 Freedom House report – “Corruption, bribery, and nepotism are endemic.”

Such pesky details aside, both Paris and Washington view Chad as an essential ally in the regional fight against Islamist groups. In fact, almost two months to the day before the G5 summit’s kickoff, US AFRICOM’s commander, General Stephen Townsend, paid homage at Déby’s tinpot dictatorial court – where he “thanked Chad for its continued leadership in regional security and for hosting US troops.”

Right after that, Proconsul Townsend dropped by the French Barkhane team and the European Union training detachment (Task Force Takuba), “recognizing their efforts to bring increased security and stability to the Sahel.” That’s the symbiotic relational rub: it’s France – backed by big brother America, and with a clutch EU-assist – that keeps Déby-the-despot in power, thereby fueling the foundational instability driving much of the regional mess.

I mean that quite literally. As recently as February 2019, the French Air Force spent four days bombing rebel convoys that were en route to overthrow the monster of N’Djamena.

From Paris’s cynical perspective, Déby is a decidedly useful monster though — as were all the other despots who proceeded him (until they weren’t) — because he provides military bases, including Barkhane’s headquarters, and ample troops to do France’s bidding. Starved and suppressed Chadian citizenry be damned! That populace need not be so put upon by the way. Chad’s humanitarian and human rights disasters are largely manmade and Franco-American accelerated. 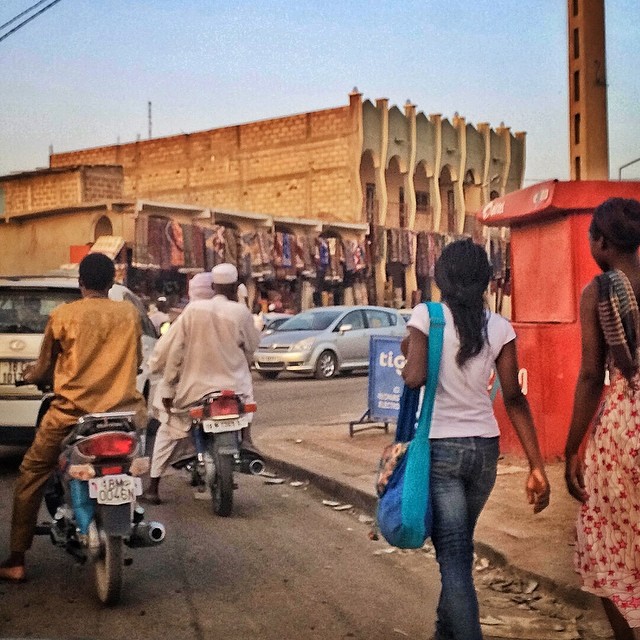 Chad’s been exporting oil since 2003, and from 2004-11 alone earned around €4.5 billion – nothing to sneeze at for a country of just 15 million people. Not that average Chadians ever saw, or see, most of the petro-revenues. Déby mortgaged the nation’s desperately needed energy wealth to the multinational Glencore company in 2014, when his government borrowed more than a billion dollars from the Anglo-Swiss mining conglomerate. The plan was to repay the loan with future oil sales, but after the petro-market collapsed more than 80 percent of oil revenues were needed to service the debt. Talk about kicking it old-school resource-extraction-imperialist-style!

What little services-based infrastructure was built with the remaining energy profits tended to be of low-quality — what with cronyist corruption skimming off the top – and limited to the country’s north, where (you guessed it!) Déby’s clan happens to hail from. Most of the rest went (guessed it again!) to international gun-runners.

According to a 2016 briefing for the World Peace Foundation, “Between 2006 and 2010, Chad became the third-largest importer of arms in sub-Saharan Africa, appearing for the first time in the top ten.” Furthermore, N’Djamena’s military spending increased eight-fold from just 2004 to 2008.

The globe’s top merchant of death – you know, the “arsenal of democracy” – America, has gotten plenty into that game. In August 2020, Washington delivered $8.5 million in vehicles and equipment to Chad’s Special Anti-Terrorism Group, as part of a $28 million total support package for N’Djamena’s troop contribution to the G5 Sahel Force. Additionally, many Chadian military officers – including Idriss Déby, who attended the Ecole de guerre – have long trained in France.

That the U.S. and (more so) France foster all this indecency — and the hypocrisy inherent in their doing so — is hardly lost on Chadians, or, frankly, other Sahelians. “Many people are saying, one day we’re going to kick France out of Africa,” said the host of a Canadian radio show geared towards fellow Chadian exiles – “France values democracy inside its borders. [But] in Chad they protect one man, the dictator.”

What’s truly key is that Chad and the despotic Déby are only one anecdotal — but instructive — example of how the Franco-American counter-productivity game operates in the Sahel and Africa-wide. That it unfolds in the shadows, as a largely unreported – and with relatively low casualties (for the U.S.) – abstraction, makes the madness all but invisible. But as America’s new president weighs his foreign policy options, and with Macron seemingly pinning his best hopes on a Biden-bailout for France’s forever war in the Sahel, it’s worth keeping an eye on – and definitely time to talk about – the Chadian formula.

Preferably before some mourning American soldier’s family is forced to find the damn joint on a map.

This article is from AntiWar.com

← Pentagon Could Use Some Cancel Culture
COVID-19: Head of WHO Calls for Patent Waivers to Halt Pandemic →

4 comments for “How France and the US Cooperate”