Caitlin Johnstone says Tehran’s argument that it is Washington’s responsibility to come back into compliance first is indisputable. 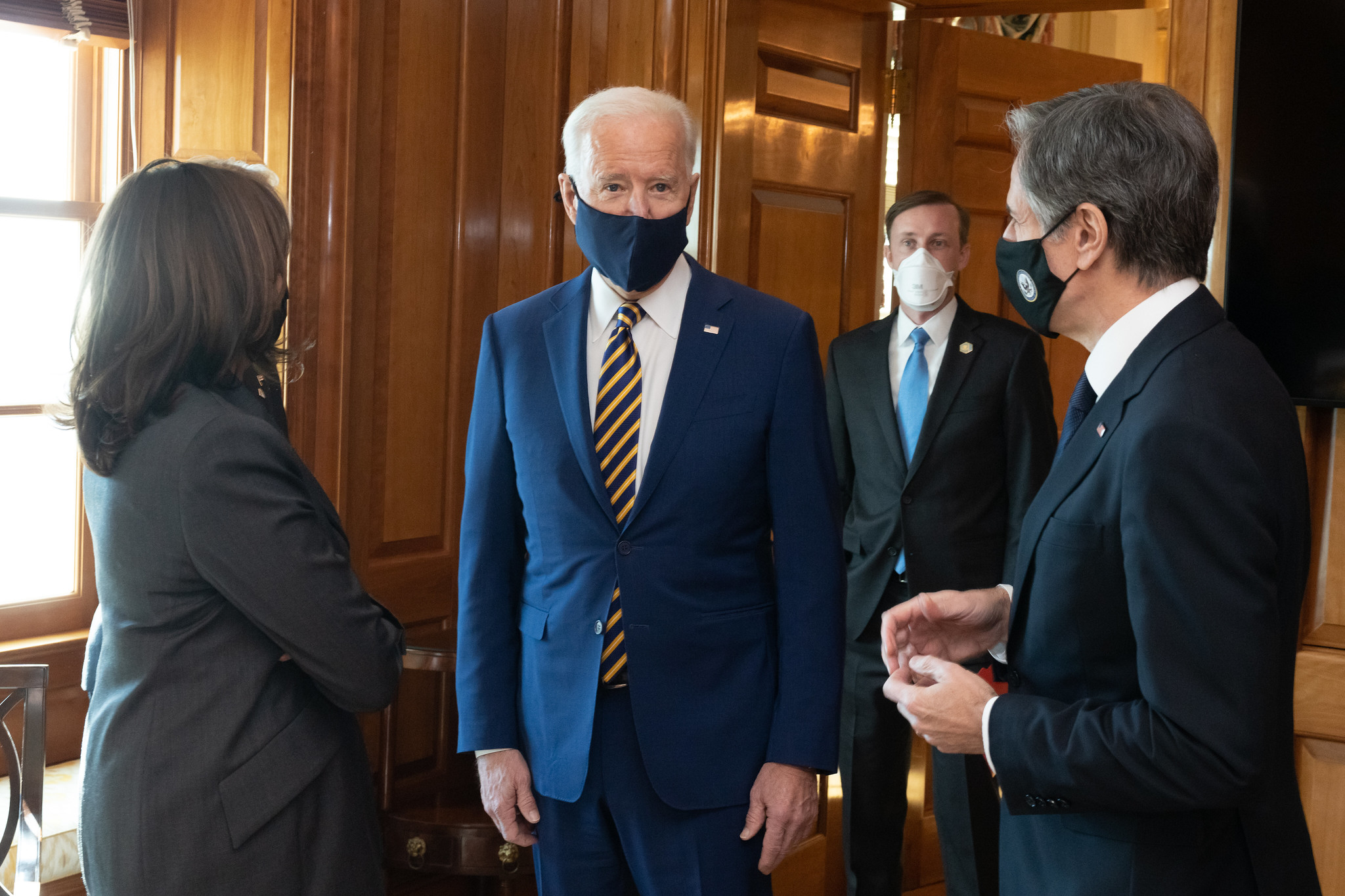 In an interview with CBS Evening News, President Joe Biden confirmed that his administration will not be lifting sanctions imposed upon Iran in order to bring Tehran to the negotiating table for the restoration of the Joint Comprehensive Plan of Action (JCPOA), commonly known as the Iran nuclear deal.

“Will the U.S. lift sanctions first in order to get Iran back to the negotiating table?” Biden was asked by CBS’s Norah O’Donnell.

“No,” the president replied.

“They have to stop enriching uranium first?” asked O’Donnell.

With Iran resuming its enrichment of uranium, we asked Pres. Biden if the U.S. will lift sanctions first in order to get Iran back to the negotiating table on a nuclear deal.

“No,” Pres. Biden says, affirming that Iran will have to stop its enrichment program first pic.twitter.com/OPszf15Q1o

There are a few things that are ridiculous about this, the first being that the JCPOA does not require that Iran “stop enriching uranium.” As explained by Al-Monitor‘s Arash Karami, the deal only calls for Iran to “keep its level of uranium enrichment at up to 3.67 %”, a level it only began exceeding when the Trump administration backed out of the deal and imposed sanctions.

The administration later clarified that Biden meant Iran would have to return to its JCPOA levels before negotiations could begin, but the fact that neither the United States president nor the high-profile reporter interviewing him appear to have been clear on this says a lot about the vapid nature of America’s political/media class.

More importantly, this is confirmation from the horse’s mouth that Biden is in effect continuing Trump’s Iran policy. Trump began strangling Iran with crushing sanctions in an effort to force it to obey U.S. dictates and Biden is continuing that same strangulation while continuing to demand compliance with its dictates. The demands might be a little different, but the effect is identical since Tehran would never bow to either of them.

The Iranian government has repeatedly made it abundantly clear that it will not be rejoining the JCPOA until the United States comes back into compliance, since it was the U.S. that first abandoned it.

It claims, correctly, that it was in full compliance with the agreement when the Trump administration unilaterally backed out in May 2018. The argument that it is therefore Washington’s responsibility to come back into compliance first is indisputable. Why would it re-enter a deal with a government that is clearly acting in bad faith and could just back out and impose civilian-killing sanctions on the nation again?

Biden's foreign policy team is entranced by the belief it can repeat what it thinks was a big victory over Iran in the JCPOA by exploiting the sanctions inherited from Trump to force #Iran to accept new US demands. But It isn't going to worth that way. https://t.co/frtlshpsPV

And that’s just getting back to the negotiating table for re-entering the deal as it is written. Gareth Porter reported last month that the Biden administration may plan on using the sanctions regime it inherited from the previous presidency as a “Trump card” to try and coerce Tehran into agreeing to a modified version of the deal.

US in No Hurry

Neither of these things are going to happen. Iran will not modify the deal, and it will not come back into compliance before the government which first abandoned the deal comes back into compliance. And the Biden administration appears to be perfectly fine with this, reportedly toying with the idea of waiting all the way until after Iran’s presidential elections in June to even begin approaching the deal.

The end result being that we still have a U.S. presidency waging economic warfare upon Iran in exactly the same way it was before the 20th of January.

Civilians are still having the life squeezed out of them by a far more powerful nation which does not view them as human beings, and it’s only a matter of time before this administration or a subsequent one causes another flare up which pushes things to the brink of hot war like we saw a year ago.

Choosing to continue an immoral course of action is just as immoral as choosing to initiate an immoral course of action. If you’re beating someone up and you leave when I get there, and then I choose to continue assaulting that person, I am just as culpable in that assault as you are. Presidents who choose to perpetuate one another’s depraved policies are just as guilty of that depravity as their predecessors.

Starvation sanctions are the only type of warfare in which it is considered normal and acceptable to deliberately target a civilian population with deadly force. But it is not normal, and it is not acceptable. Biden and his team of ventriloquists fully own the effects of their warmongering. They don’t get to just scribble “TRUMP’S FAULT” across them in crayon and act like they’re innocent.

← LETTER FROM INDIA: Crackdown on Rights & Freedoms
PATRICK LAWRENCE: The Diplomacy of No Diplomacy →