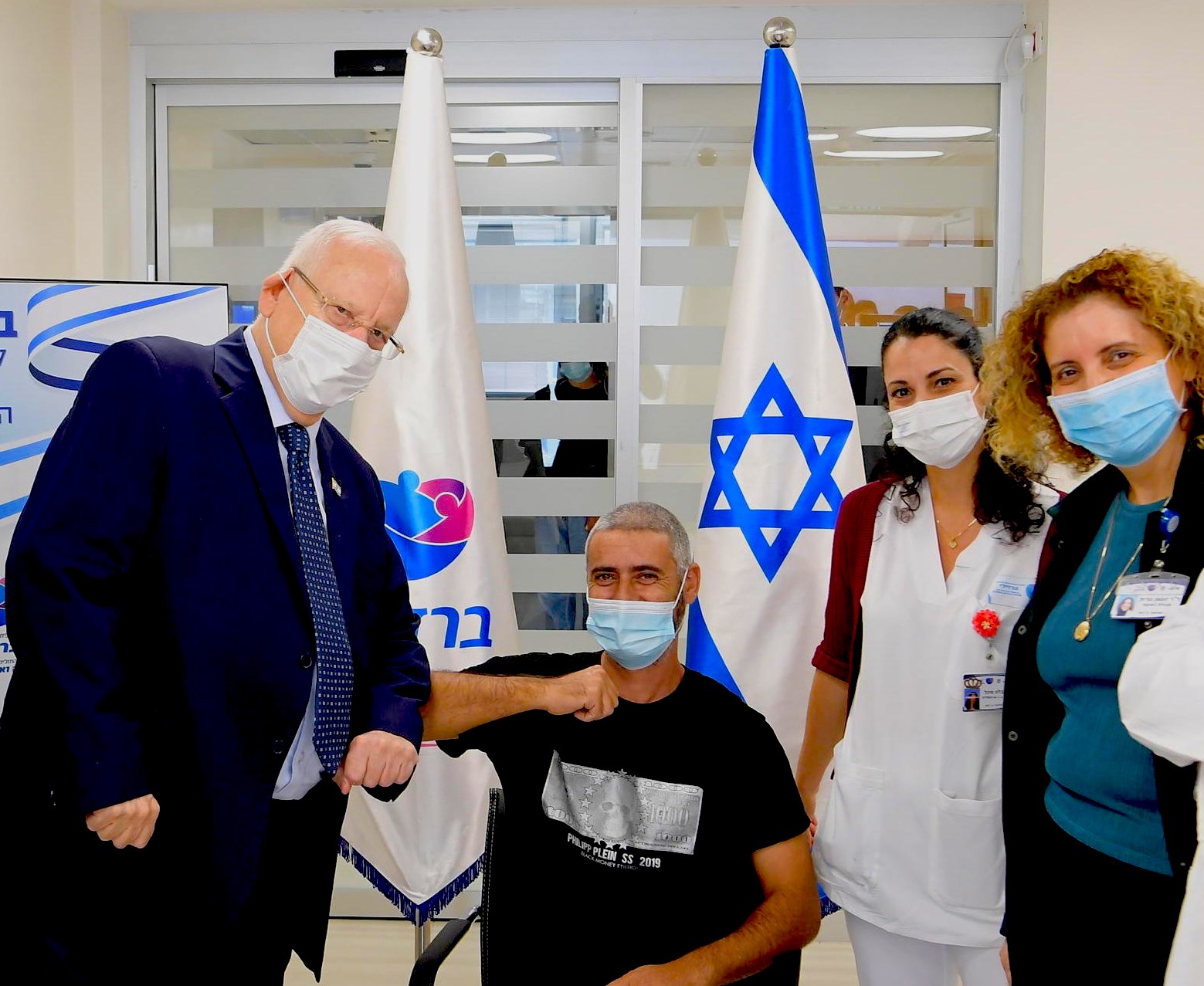 Progressive Jewish organization IfNotNow asked Monday why more Democrats have not yet voiced criticism of Israel’s exclusion of millions of Palestinians in the occupied West Bank and Gaza for its Covid-19 vaccine rollout.

The U.S.-based group’s tweet was in response to reporting by The Times of Israel highlighting remarks concerning the vaccination disparity made in recent days by freshman Reps. Jamaal Bowman (D-N.Y.) and Marie Newman (D-Ill.), as well as Rep. Joaquin Castro (D-Texas), Rep. Rashida Tlaib (D-Mich.), and Sen. Tim Kaine (D-Va.), and as Prime Minister Benjamin Netanyahu asserts that his country is “ahead of the whole world in vaccines.”

One question: why haven't more Democrats joined @JamaalBowmanNY, @RashidaTlaib, @JoaquinCastrotx, @Marie4Congress, and @timkaine in speaking out against Israel for not vaccinating Palestinians? https://t.co/yf4vSHBHtg

Bowman, for example, wrote in a Sunday tweet: “Netanyahu must ensure that both Israelis and Palestinians have access to the Covid vaccine. This cruelty is another reminder of why the occupation must end.”

Earlier this month, Newman weighed in broadly about the global need for equitable vaccine distribution and specifically called out Israel.

“The Netanyahu administration has a moral and humanitarian obligation to ensure that both Israelis and Palestinians have access to vaccines,” she wrote.

Speaking to Democracy Now! earlier this month, Tlaib, a Palestinian-American, said she hoped her colleagues would see Israel’s treatment of Palestinians with regard to coronavirus tracing, testing, and vaccine rollout as evidence of “what the Palestinians have been trying to tell us for a very long time.”

Israel has “the power to distribute that vaccine to the Palestinian people, their own neighbors… feet away from where they live, many of which, again, could expose them and their family. And it doesn’t,” said Tlaib. “It just reiterates what the Palestinian people and even human rights groups have been telling us, is that this is an apartheid state.”

The lawmakers’ comments came as Israel’s health minister doubled down on his country’s decision to exclude Palestinians in the occupied territories from vaccines.

Netanyahu must ensure that both Israelis and Palestinians have access to the Covid vaccine.

This cruelty is another reminder of why the occupation must end. https://t.co/On28F0D0XU

Speaking Sunday on the BBC‘s “Andrew Marr Show,” Yuli Edelstein rejected the idea that his country has obligations under international law to provide adequate care for those living under Israeli military occupation.

United Nations special rapporteurs have rejected such an assessment, stating that the “denial of an equal access to healthcare, such as on the basis of ethnicity or race, is discriminatory and unlawful.”

Human rights organization Amnesty International has also condemned Israel’s exclusion of the nearly 5 million Palestinians who live in the West Bank and Gaza Strip from vaccines.

“Israel’s Covid-19 vaccine program highlights the institutionalized discrimination that defines the Israeli government’s policy towards Palestinians. While Israel celebrates a record-setting vaccination drive, millions of Palestinians living under Israeli control in the West Bank and the Gaza Strip will receive no vaccine or have to wait much longer — there could hardly be a better illustration of how Israeli lives are valued above Palestinian ones,” Saleh Higazi, the group’s deputy regional director for the Middle East and North Africa, said in a statement.

“Israeli authorities must ensure that vaccines are equally provided to the Palestinians living under their control, in order to meet their obligations under international law,” said Higazi. “They must also ensure smooth entry of vaccines and other medical equipment to the OPT, including making any necessary logistical arrangements to ensure the safety and effectiveness of these vaccines.”

IfNotNow, meanwhile, is urging its supporters to express their concern to the Israeli government.

Signing the petition, the group states, will “demonstrate that American Jews will not tolerate medical apartheid.”