Fevered reporting about efforts to abduct and even kill members of Congress and the vice president are without foundation, the Justice Department admitted, after prosecutors falsely asserted such a plot in court, Joe Lauria reports.

The U.S. Justice Department has reversed an earlier assertion in court by prosecutors that protestors who broke into the U.S. Capitol on Jan. 6 had plans to  “capture and assassinate elected officials.”

Instead, the head of the DOJ investigation into the Capitol siege admitted that federal prosecutors filed a misleading statement before a federal judge in Arizona that was intended to prevent Jacob Chansley, aka Jake Angeli, from being released on bail.

The DOJ said that though there were calls to kill officials during the two-hour takeover of the Capitol, no evidence has been discovered yet to prove any serious effort to carry out such a plan. 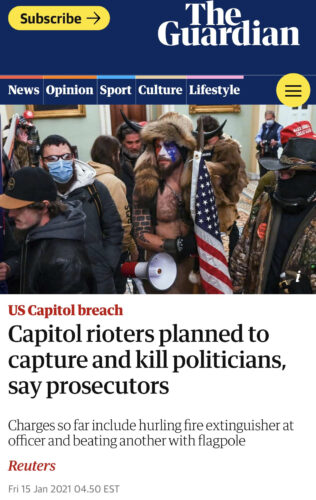 “There is no direct evidence at this point of kill-capture teams and assassination,” Michael Sherwin, the Washington DC federal district attorney running the investigation of the attack, told reporters, Agence France-Presse reported.  Sherwin said it may be “appropriate” to raise it at trial, but at this point it could “mislead the court.”

The original story of intentions to kill officials has entered the media discourse and is likely to remain a Democratic talking point despite the DOJ reversal. The only major media outlets that reported the new story is NBC News and The Washington Post. It has not appeared in The New York Times or on CNN’s website, for instance.

Having saturated the public with days of lurid tales of intentions to hang Vice President Mike Pence and abduct House Speaker Nancy Pelosi, it will be hard to shake such beliefs without reporting the DOJ’s reversal with the same intensity.

The original statement filed in court said: “Strong evidence, including Chansley’s own words and actions at the Capitol, supports that the intent of the Capitol rioters was to capture and assassinate elected officials of the United States government.”

There has been no suggestion that the prosecutors in Arizona who made the false claim are being investigated for misleading the court. 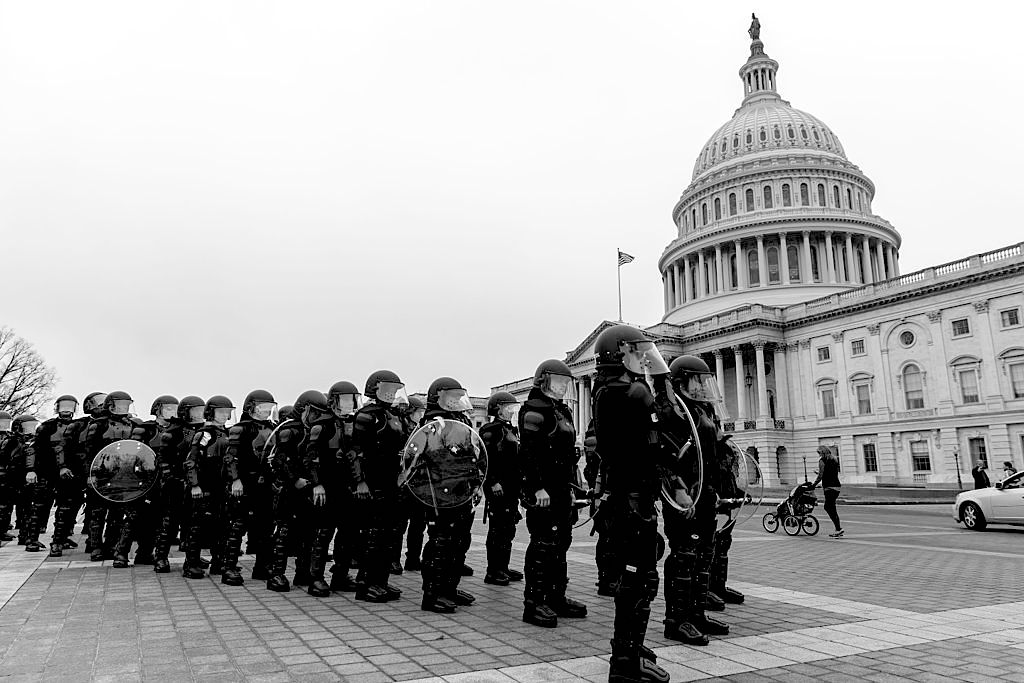 The admission dramatically changes the story, repeated as Democratic Party talking points, and undermines the unquestioned certainty that what took place was an attempted coup against the United States government. The new DOJ stance might also weaken efforts to charge Capitol rioters and intruders with “seditious conspiracy” charges for allegedly attempting to overthrow the government.

Consortium News has been among the few media outlets to question the coup narrative from the start.

Even if there were such murderous intentions it would not have amounted to a coup attempt without the backing of the military or paramilitaries, and without taking over the airport and radio and TV stations. These days it would probably mean taking over social media companies too. The U.S. government and media structures are vaster and more powerful than just the legislature.

Even if the protestors had intended and succeeded in hanging Vice President Mike Pence (presuming the gallows erected outside the Capitol was sturdy enough), and even if they had taken Pelosi, Senate Majority Leader Chuck Schumer and others hostage would Donald Trump have said, “Okay, they didn’t certify Biden, I’m still president!”?

No branch of government would have supported Trump in that case and the surviving members of Congress would have met elsewhere to certify Joe Biden as president.

Chansley, the far-right, bare-chested activist with fur headdress and Viking horns, became the symbol of the brief takeover of the Capitol by Trump supporters. He was arrested and faces a six-count federal indictment, charged with:

He is not charged with insurrection or sedition to overthrow the government. 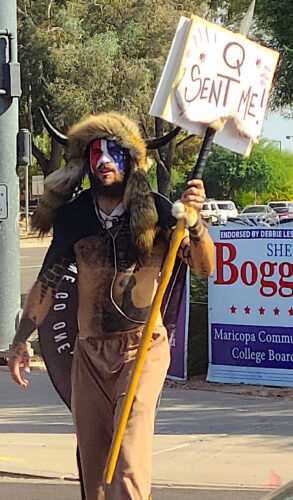 In a new video released on Sunday by The New Yorker, Chansley is seen grunting primordial chants while playing to a photographer a few feet in front of him in a Senate balcony. Later he seats himself in Pence’s Senate chair.

After a single Capitol police officer pleads with the intruders to leave, Chansley leads the group in prayer and then files out with the others, but not before scrawling on a piece of paper on Pence’s desk: “It’s only a matter of time, justice is coming.”

Before Chansley sat in it, the video shows one of the protest leaders, dressed in military gear, demanding that the others not occupy the vice president’s chair. He says: “It’s not our chair. I love you brothers, but we cannot be disrespectful. … It’s a PR war, okay? You have to understand it’s an IO war. We can’t lose the IO war. We’re better than that. It’s an Information Operation.”

The video shows a couple of dozen protestors rifling through senators’ desks looking for, in the words of one, “something we can fucking use against these scumbags” and taking photos of documents. At one point they thought they found evidence in Senator Ted Cruz’s desk that he was going to betray them on certification, but read further and realized he would not.

Every single video from the storming of the Capitol is wilder than the last pic.twitter.com/XcQ0vn8YFm

The film is interspersed with very violent scenes of police in riot gear trying to prevent protestors from entering the Capitol.

The last scene in the video shows that the violent protest and takeover was about more than just the election.  After trashing media equipment, one man says, “We gotta change it. They fucking abuse us. They laugh at us. They steal our money.”

As journalist Chris Hedges said last Thursday, one can decry their politics, the racism among many, and their tactics, but their pain is real in a system that has shrunk the middle class and debased workers.

What happened at the Capitol cannot be condoned. But unless Congress defies its oligarchic backers and serves the interests of average Americans, who also fund them, a real insurrection may be inevitable.  Instead of the reforms to defuse that and bring more economic justice, we are witnessing a crackdown that will only further inflame the country.