Twenty-five civil society organizations have made a joint statement opposing the Senate’s confirmation of Victoria Nuland, said to be nominated by President-elect Joe Biden for the position of undersecretary of state for political affairs. 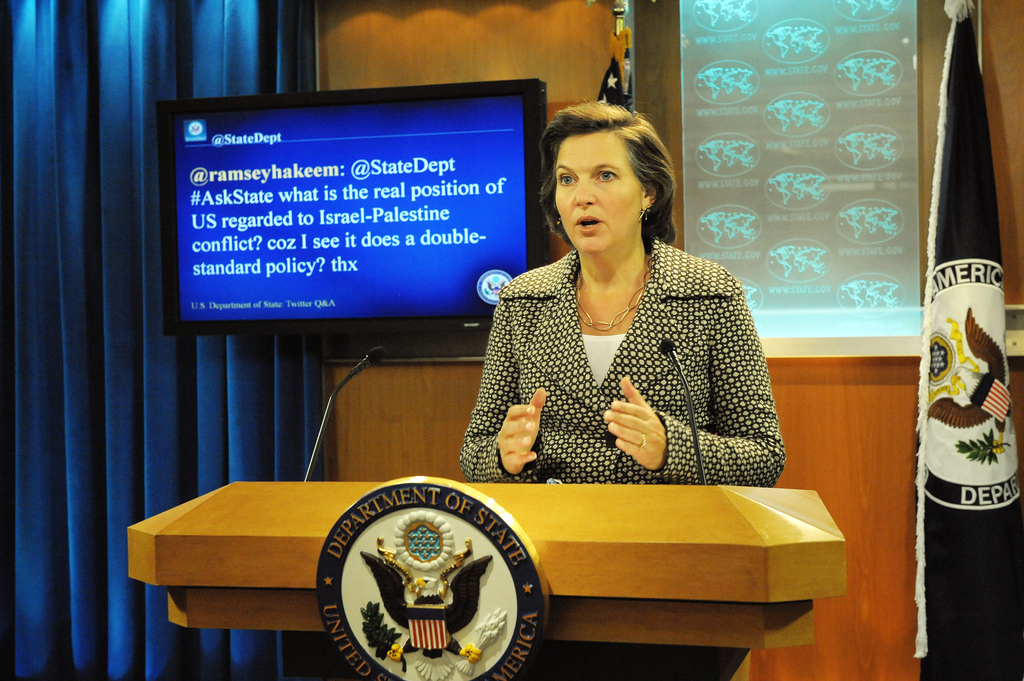 Victoria Nuland, former foreign policy adviser to vice president Dick Cheney, should not be nominated for undersecretary of state [for political affairs], and if nominated should be rejected by the Senate.

Nuland played a key role in facilitating a coup in Ukraine that created a civil war costing 10,000 lives and displacing over a million people. She played a key role in arming Ukraine as well. She advocates radically increased military spending, NATO expansion, hostility toward Russia, and efforts to overthrow the Russian government.

The United States invested $5 billion in shaping Ukrainian politics, including overthrowing a democratically elected president who had refused to join NATO. Then-Assistant Secretary of State Nuland is on video talking about the U.S. investment and on audiotape planning to install Ukraine’s next leader, Arseniy Yatsenyuk, who was subsequently installed.

The Maidan protests, at which Nuland handed out cookies to protesters, were violently escalated by neo-Nazis and by snipers who opened fire on police. When Poland, Germany, and France negotiated a deal for the Maidan demands and an early election, neo-Nazis instead attacked the government and took over. The U.S. State Department immediately recognized the coup government, and Arseniy Yatsenyuk was installed as Prime Minister.

Nuland has worked with the openly pro-Nazi Svoboda Party in Ukraine. She was long a leading proponent of arming Ukraine. She was also an advocate for removing from office the prosecutor general of Ukraine, whom then-Vice President Joe Biden pushed the president to remove.

Nuland wrote this past year that “The challenge for the United States in 2021 will be to lead the democracies of the world in crafting a more effective approach to Russia—one that builds on their strengths and puts stress on Putin where he is vulnerable, including among his own citizens.”

She added: “…Moscow should also see that Washington and its allies are taking concrete steps to shore up their security and raise the cost of Russian confrontation and militarization. That includes maintaining robust defense budgets, continuing to modernize U.S. and allied nuclear weapons systems, and deploying new conventional missiles and missile defenses, . . . establish permanent bases along NATO’s eastern border, and increase the pace and visibility of joint training exercises.”

The United States walked out of the ABM Treaty and later the INF Treaty, began putting missiles into Romania and Poland, expanded NATO to Russia’s border, facilitated a coup in Ukraine, began arming Ukraine, and started holding massive war rehearsal exercises in Eastern Europe. But to read Victoria Nuland’s account, Russia is simply an irrationally evil and aggressive force that must be countered by yet more military spending, bases, and hostility. Some U.S. military officials say this demonizing of Russia is all about weapons profits and bureaucratic power, no more fact-based than the Steele Dossier that was given to the FBI by Victoria Nuland.

45 comments for “25 Organizations Say Victoria Nuland Should Be Rejected”