Trump arrived in Washington as a New York property man unfamiliar with the permanent DC establishment, but determined to make deals where others dare not go. Chaos was the result. 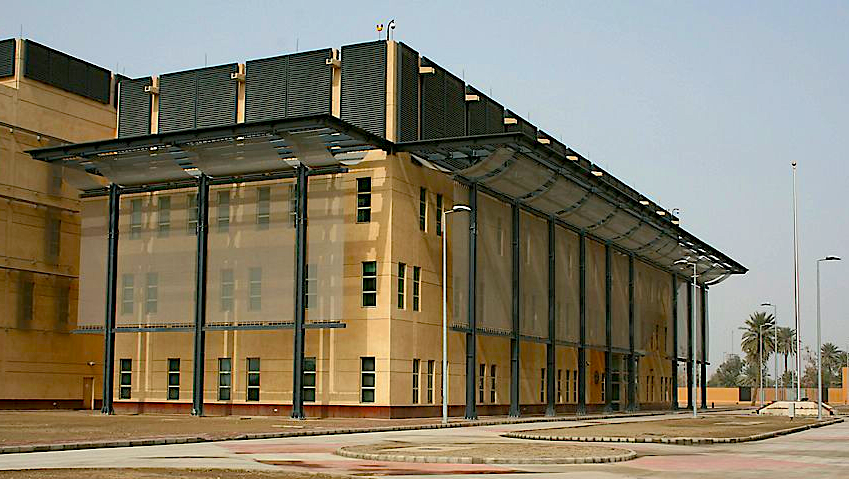 Part of the U.S. embassy in Baghdad. (State Dept.)

“Some friendly health advice to Iran,” President Donald Trump tweeted last Wednesday. “If one American is killed, I will hold Iran responsible. Think it over.”

Actually, the full tweet began: “Our embassy in Baghdad got hit Sunday by several rockets. Three rockets failed to launch. Guess where they were from: IRAN. Now we hear chatter of additional attacks against Americans in Iraq…” And then came Trump’s threat.

Are we in for a five-minutes-to-midnight attack on the Islamic Republic? Or is this a last go-around of huffing and puffing from an administration that has spent the past four years threatening to blow Iran’s house down?

Let us end this era at ease. Trump and his people have spent the past six weeks looking tough and intent on the Iran question, but it seems to me sheer onanism, if I may put it this way. There will be no attack on Iran in the weeks before Trump vacates 1600 Pennsylvania and Mike Pompeo at last cleans out his desk at State to begin his delusory run for the presidency in 2024.

There is plenty to suggest we ought to be nervous that Trump and the foolhardy many among his advisers have in mind some spectacular display of power in the Persian Gulf to prove their rough-and-tough credentials these final weeks of their time in power.

This story begins in mid–November, when the administration considered a military strike or cyber-sabotage operation against Natanz, Iran’s main uranium-processing site. Those deliberations were in response to an international inspectors’ report that Iran had increased its inventory of low-enriched uranium to some 5,400 pounds—far less than it had before it signed the 2015 accord governing its nuclear programs and none of which is refined sufficiently to build a nuclear weapon. 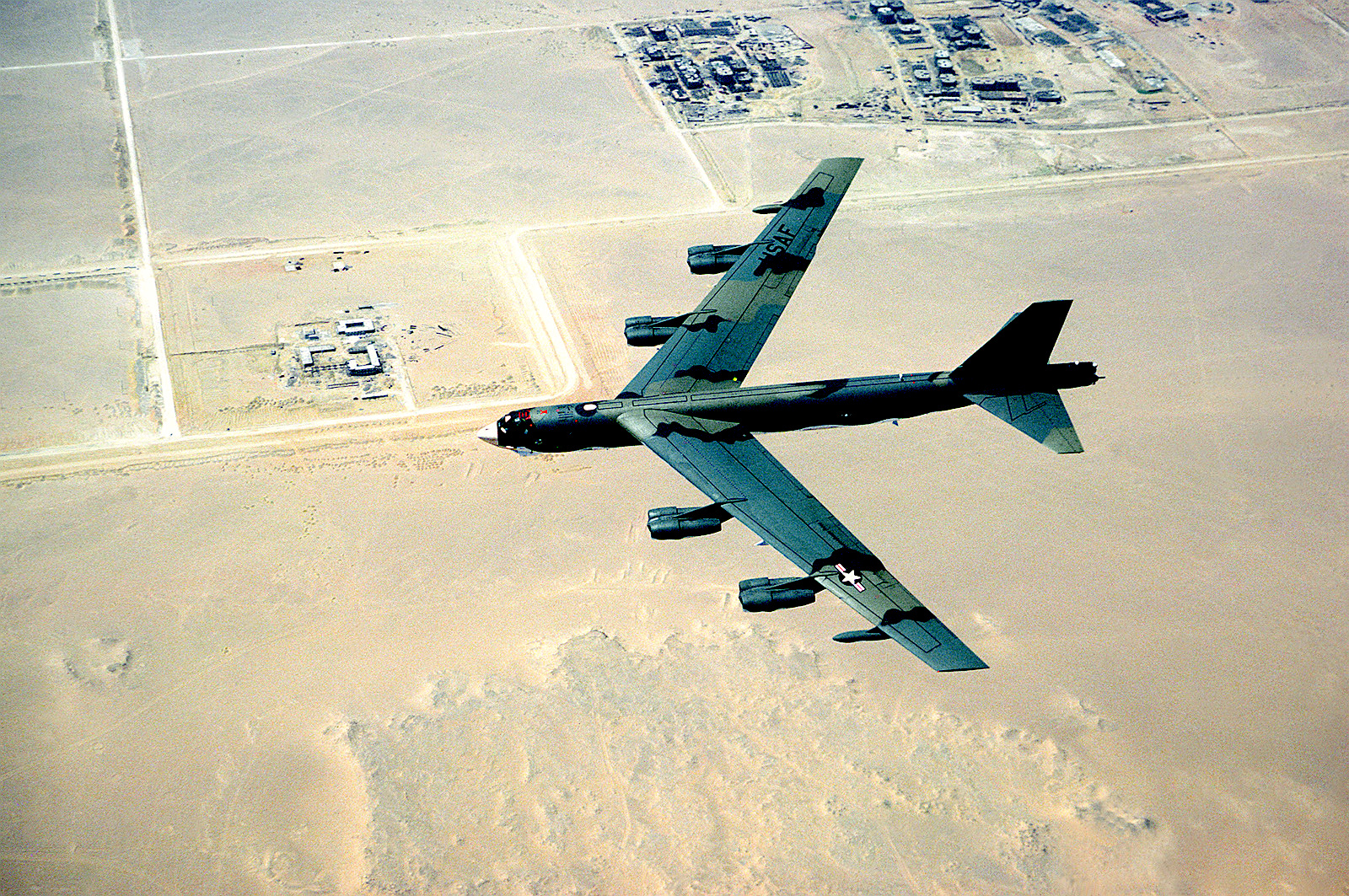 The Central Command has subsequently taken to flying B–52 sorties near Iranian airspace and dispatched an additional squadron of fighter jets to Saudi Arabia. The Nimitz carrier group is now wandering around the Persian Gulf and is shortly to be joined by a submarine carrying the long-range cruise missiles known as Tomahawks.

That tweet last week was in response to a Dec. 20 rocket attack on the American Embassy compound in Baghdad that the U.S. Central Command said was the largest in a decade and which it attributed in an official statement to “an Iranian-backed rogue militia group.”

There is a lot less than meets the eye in all this. This is supposed to look like imminent war, but it is theater at bottom.

As Trump packs up for his Fifth Avenue triplex, let us take the administration’s recent hot-dogging on Iran as a last (one hopes) display of the incoherence and discombobulation that have characterized what we can only loosely call Donald Trump’s foreign policy these past four years. What have we been watching and why does it look as it does?

Trump arrived in Washington with the sensibility of a New York property man determined to make deals where others feared to tread. He would talk to Vladimir Putin, he would talk to Xi Jinping, he would talk to Kim Jong-un, he would even talk to Bashar al–Assad if the Syrian president was interested in a sit-down. Trump came very close to meeting Hassan Rouhani , the Iranian president, at the U.N. General Assembly last year.

Stranger in a Strange Land 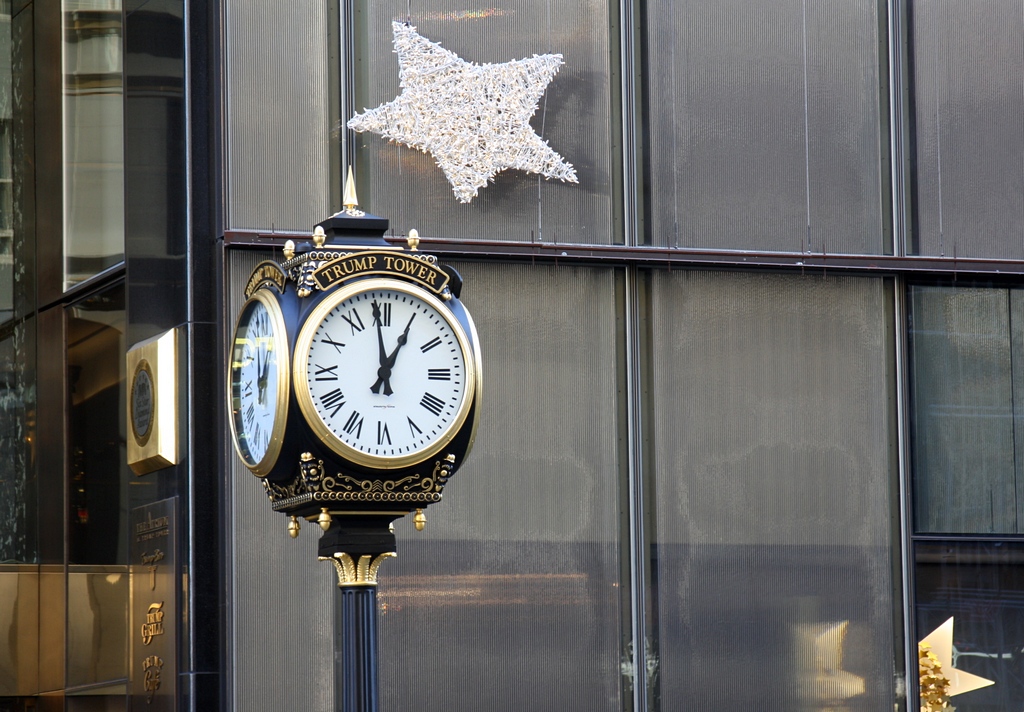 Time running out for Trump before returning home to his triplex here at Trump Tower on 5th Ave. (Wikimedia Commons/Tiraspolsky)

There are two problems right off the bat.

Trump the New Yorker was a stranger in a strange land, having nothing of the sensibility of the insular, self-serving swamp-dwellers in Washington and no grasp whatsoever of the power of the Deep State, whose ire he quickly aroused. Trump was a terrible statesman, too seat-of-the-pants, but what was to him dealmaking was at bottom diplomacy, an activity Washington has little time for.

Why did Trump surround himself with people who opposed him and not infrequently sabotaged those few foreign policy ideas one can approve of—constructive ties with Russia, an end to wasteful wars, peace in Northeast Asia, sending “obsolete” NATO into the history books? What were H.R. McMaster, John Bolton, Mike Pompeo, and numerous others like them but of lesser visibility doing in his administration?

I am asked this not infrequently. My reply is simple: It is not at all clear Trump appointed these people and at least as likely they were imposed upon him by the Deep State, the permanent state, the administrative state—whatever term makes one comfortable. Let us not forget, Trump knew nobody in Washington and had a lot of swivel chairs to fill.

We must add to this Trump’s personal shortcomings. He is by all appearances shallow of mind, poorly read (to put it generously), of weak moral and ethical character, and overly concerned with appearances.

Put these various factors together and you get none other than the Trump administration’s nearly illegible record on the foreign policy side.

Trump is to be credited with sticking to his guns on the big stuff: He held out for a new-détente with Russia, getting the troops out of the Middle East and Afghanistan, making a banner-headline deal with the North Koreans. He was scuttled in all cases.

Complicating the tableau, the prideful Trump time and again covered his impotence by publicly approving of what those around him did to subvert his purposes. A year ago, the record shows, Pompeo and Mark Esper (then the defense secretary) concocted plans to assassinate Qasem Soleimani, the Iranian military leader, flew to Mar–a–Lago, and presented Trump with a fait accompli—whereupon Trump acquiesced as the administration and the press pretended it was White House policy all along.

Now We Come to Iran

Pulling out of the Iran nuclear accord a year into his administration was among the most destructive moves Trump made during his four years in office. It was afterward that the shamefully inhumane “maximum pressure” campaign against Iranians was set in motion.

Trump’s intention, however miscalculated, was the dealmaker’s: He expected to force Tehran back to the mahogany table to get a new nuclear deal. As secretary of state, Pompeo’s was to cultivate a coup or provoke a war. It was cross-purposes from then on, notably since Pompeo sabotaged the proposed encounter between Trump and Rouhani on the sidelines of the UN GA.

Now we have some context for the recent spate of Iranophobic posturing and the new military deployments in the Persian Gulf. We have just been treated to four years of a recklessly chaotic foreign policy, outcome of a war the Deep State waged against a pitifully weak president who threatened it: This is the truth of what we witness as Trump and his people fold their tents.

Trump the dealmaker a year ago now contemplates an attack on Natanz on the pretext Iran is not holding to the terms of an accord he abandoned two years ago? The only way to make sense of this is to conclude that there is no sense to be made of it.

Who ordered the B–52 sorties and the Nimitz patrols? This question promises a revealing answer. It is very highly doubtful Trump had anything to do with this, very highly likely Pompeo and his allies in hawkery got it done and told the president about it afterward.

Trump is out in a few weeks. The self-perpetuating bureaucracy that made a mess of his administration—or a bigger mess than it may have been anyway—will remain. It will now serve a president who is consonant with its purposes. And the eyes of most people who support him will remain wide shut.

← Consortium News in the Post-Bob Parry Era
JOHN KIRIAKOU: The Dark Past of Biden’s Nominee for National Intelligence Director →