A monitoring group says a disproportionate response by law enforcement goes beyond what is acceptable in policing protests, even during an emergency. 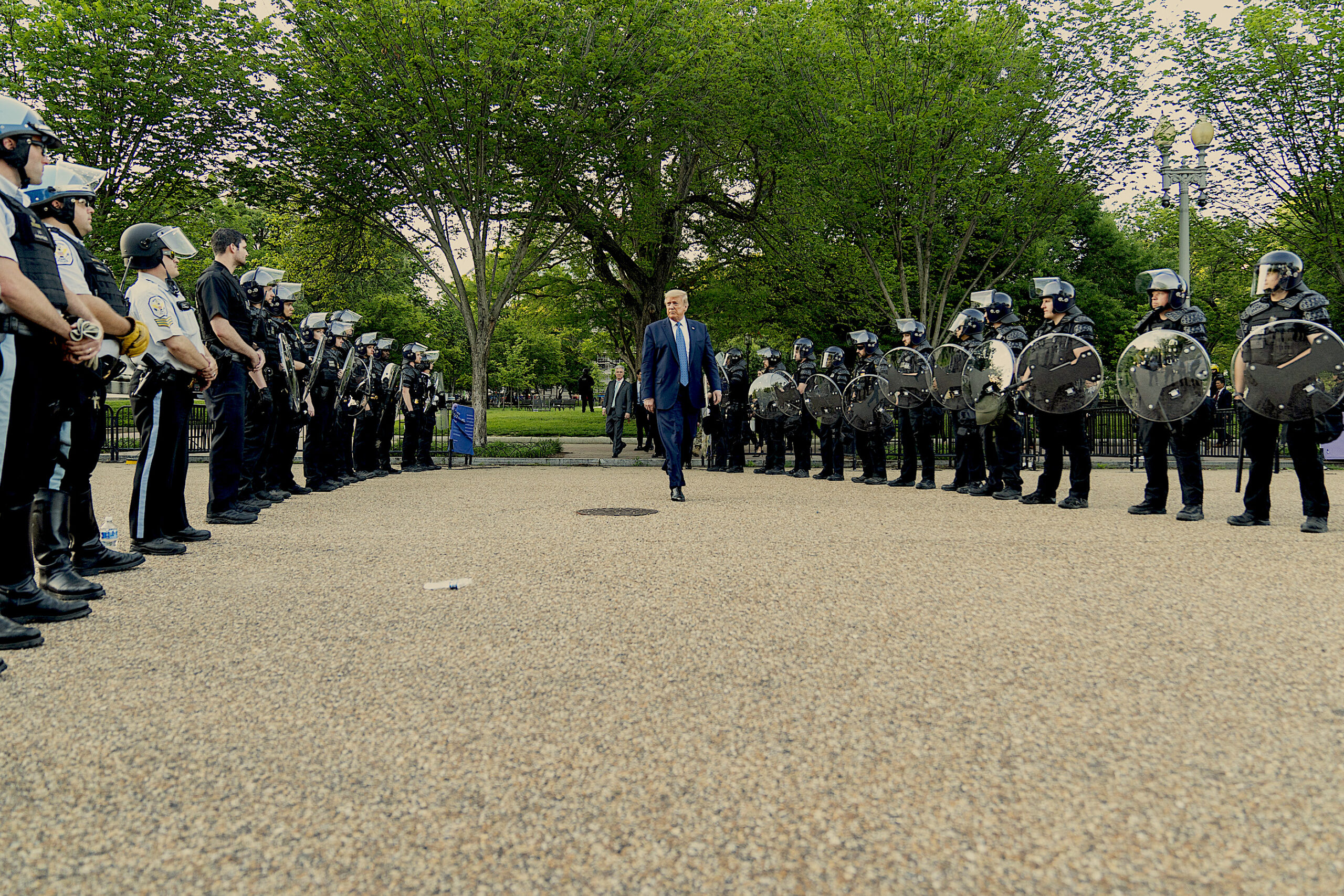 Few images better illustrate the recent decline in civil liberties in the United States than that of peaceful protesters near the White House being violently dispersed so Donald Trump could stage a photo-op.

Moments before the president emerged from his bunker on June 1 to hold a bible outside a boarded-up church, federal officers indiscriminately fired tear gas at people who had gathered in Lafayette Park to protest about the police killing of George Floyd. This was far from an isolated incident: nationwide protests against systemic racism and police brutality have been met with widespread police violence.

Since May, the CIVICUS Monitor, an online platform that tracks fundamental freedoms across 196 countries, documented dozens of incidents where law enforcement officers, dressed in riot gear and armed with military grade-equipment, responded to Black Lives Matter protests with excessive force. These include officers driving vehicles at crowds of protesters and firing tear gas canisters and other projectiles at unarmed people, leaving at least 20 people partially blinded.

Throughout the year, journalists and health workers, clearly marked as such while covering the protests, have been harassed and assaulted. In one incident caught on live TV, a news reporter and camera operator from Louisville, Kentucky, were shot by police with pepper balls while covering protests over the police killing of Breona Taylor.

This sustained repression of protests and an increased crackdown on fundamental freedoms led to the U.S. civic space rating being downgraded from “narrowed” to “obstructed” in our new report, People Power Under Attack 2020. 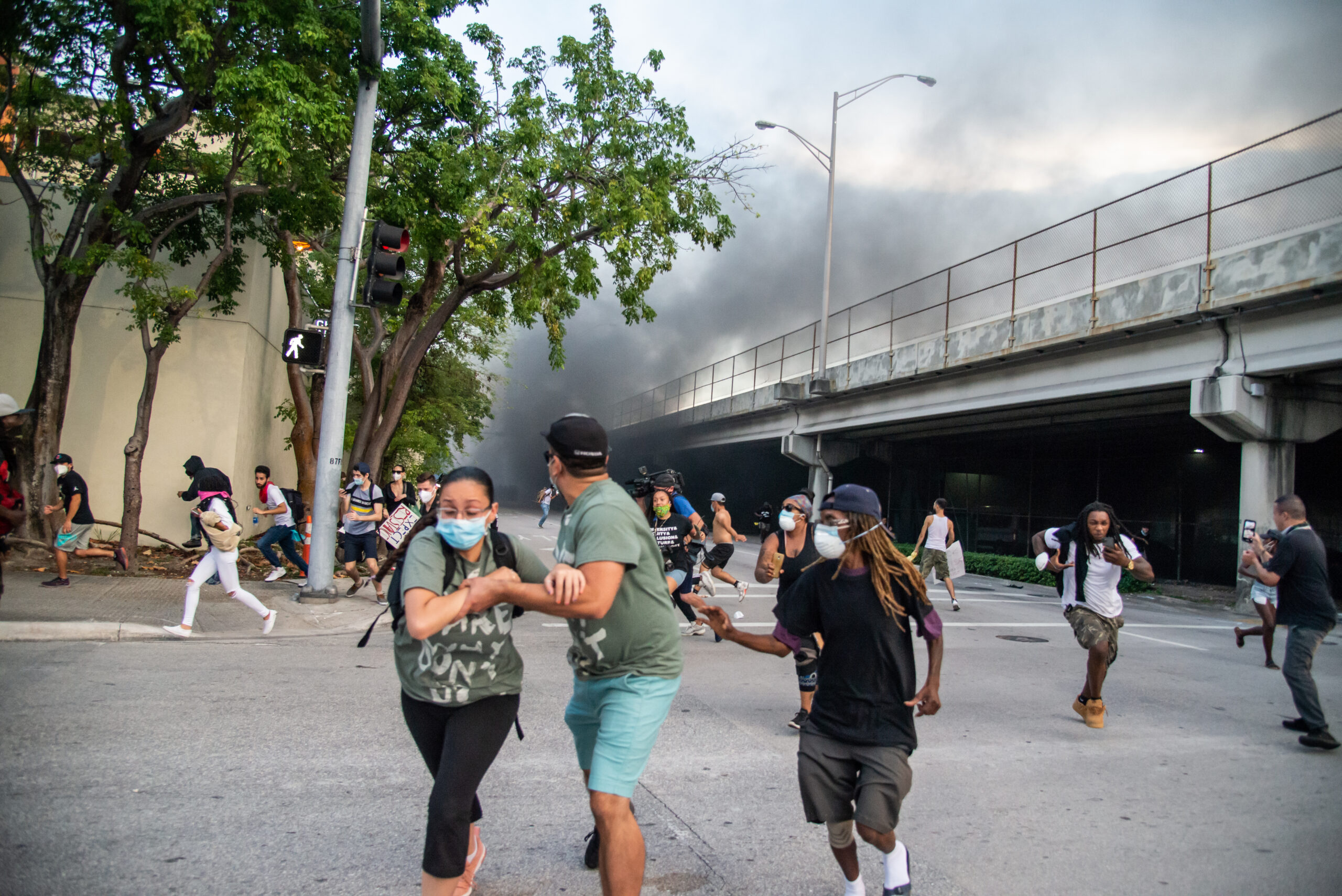 This disproportionate response by law enforcement officers to protesters goes beyond what is acceptable practice when policing protests, even during an emergency. Under international law, people have a right to assemble freely. Any restrictions to this right must be proportionate and necessary to address an emergency or reestablish public order.

The systematic use of excessive force and tactics such as kettling and mass arrests to enforce curfews raise troubling questions about the role of law enforcement agencies in responding to mass protests. The use of such tactics is contradictory to the alleged goal of maintaining public safety and health as they escalated tensions and prevented people from dispersing in a peaceful manner.

Even more concerning, they relocated protesters from open, outdoor spaces to police stations and other indoor facilities that often lack adequate space to allow for distancing, placing people at heightened risk for exposure to Covid-19.

While recent brutality against protests for racial justice is concerning, the decline in basic freedoms in the U.S. began before this crackdown. The repression seen in 2020 was preceded by a wave of legislation limiting people’s rights to protest.

In recent years, several states enacted restrictive laws which, for example, criminalize protests near so-called critical infrastructure like oil pipelines, or limit demonstrations on school and university campuses. Increased penalties for trespassing and property damage are designed to intimidate and punish climate justice activists and organisations that speak out against fossil fuels.

In the wake of Black Lives Matter protests, some of the “anti-protest” bills introduced this year seem particularly cruel, for instance, by proposing to make people convicted of minor federal offences during protests ineligible for pandemic-related unemployment benefits.

Growing disregard for protest rights underscores wider intolerance for dissent. In parallel with restrictions on the freedom of peaceful assembly, the U.S. also saw an increase in attacks against the media, even before Black Lives Matter demonstrations erupted. Over the past three years, the CIVICUS Monitor has documented the frequent harassment of journalists by the authorities and civilians while covering political rallies or when conducting interviews.

Sheriffs in riot gear pointed weapons at press and legal observers. A sheriff assaulted a lawyer.

Correspondents critical of the Trump administration or reporting on the humanitarian crisis in the U.S.-Mexico border region sometimes faced retaliation; documents obtained by “NBC 7 Investigates” in 2019 showed the U.S. government created a database of journalists who covered the migrant caravan and activists who were part of it, in some cases placing alerts on their passports.

In January 2020 a journalist was barred from accompanying Secretary of State Mike Pompeo in an official trip to Europe after Pompeo objected to the questions by another reporter from the same outlet.

The harsh treatment of people wanting to express themselves and the decline of civil liberties is part of a broader global decline in fundamental freedoms. Our new report shows less than four percent of the world’s population live in countries that respect the freedoms of association, peaceful assembly and expression.

Each country’s civic space is rated in one of five categories: open, narrowed, obstructed, restricted, or closed. The U.S. was one of 11 countries downgraded from its previous rating. 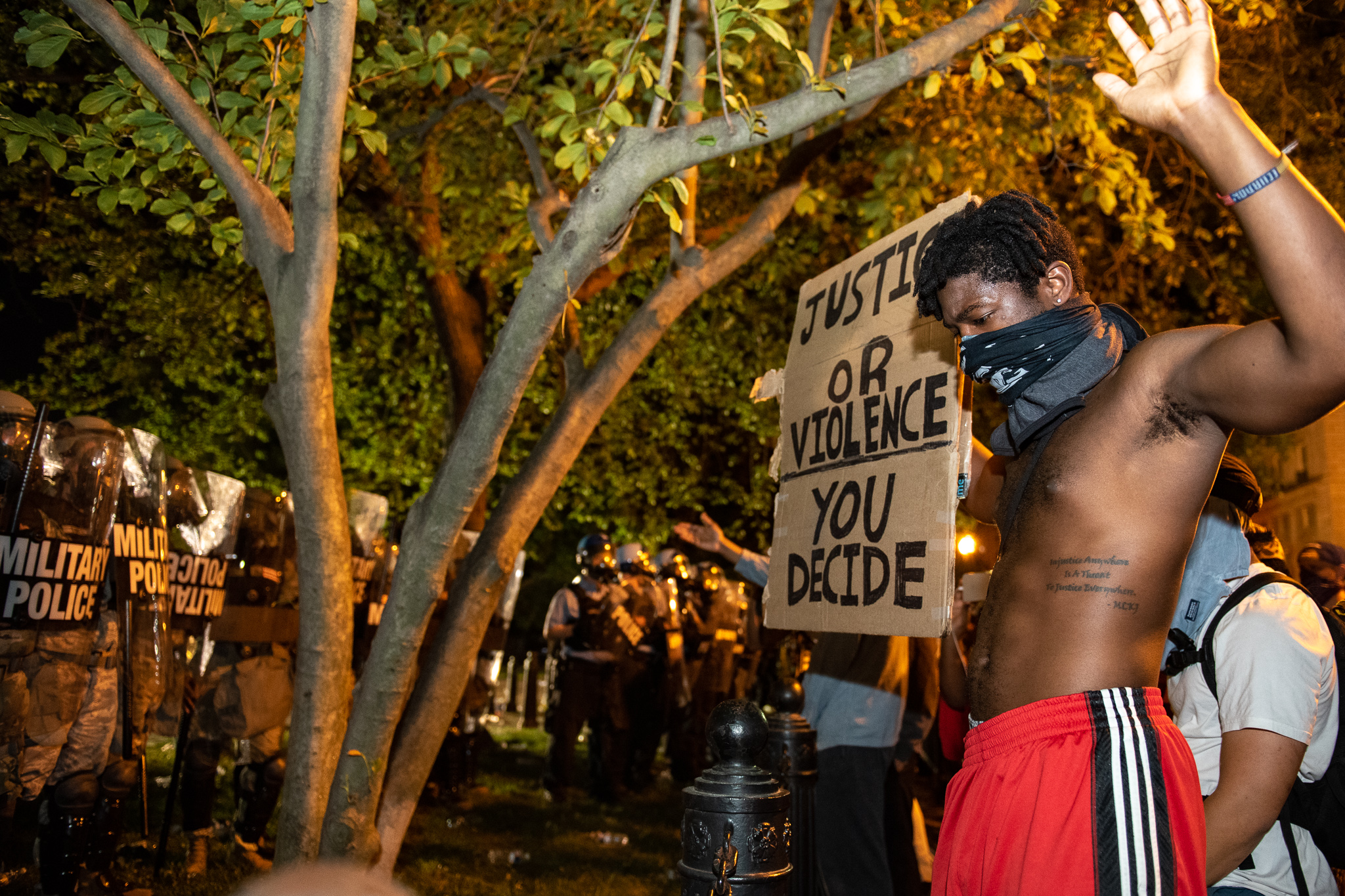 In the Americas, three other countries showed significant declines: Chile and Ecuador were downgraded to “obstructed” and Costa Rica’s rating changed to “narrowed.” In the first two countries, as with the U.S., rating changes reflected unnecessary and disproportionate crackdowns on mass protest movements.

Violations of protest rights were common across the region, with detention of protesters and excessive use of force among the top five violations of civic freedoms recorded this year. In addition, the Americas continue to be a dangerous place for those who dare to stand up for fundamental rights: across the world, 60 percent of human rights defenders killed in 2020 came from this region.

Stopping the erosion of fundamental freedoms requires a robust response. Governments must take steps to repeal legislation restricting the freedoms of association, peaceful assembly and expression and make sure those who violate these freedoms are held accountable.

In the U.S. the incoming Biden administration must actively work to reverse the narrowing of civic space. To rebuild trust between people and law enforcement, for instance, the Department of Justice should investigate misconduct and discriminatory practices at local police departments.

The authorities must engage with civil society and human rights defenders to create an environment where they are able to fulfil their vital roles and hold officials accountable.

Débora Leão is a civic space researcher at CIVICUS, the global civil society alliance. She has a Master of Public Policy degree. Prior to joining CIVICUS, Débora worked on advocacy and research related to civic participation, urban development and climate justice.

Suraj K. Sazawal serves on the board to Defending Rights & Dissent and is co-author of ‘Civil Society Under Strain’, the first book to explore how the War on Terror impacted civil society and hurt humanitarian aid.