These 12 people get rich while doing the most harm. 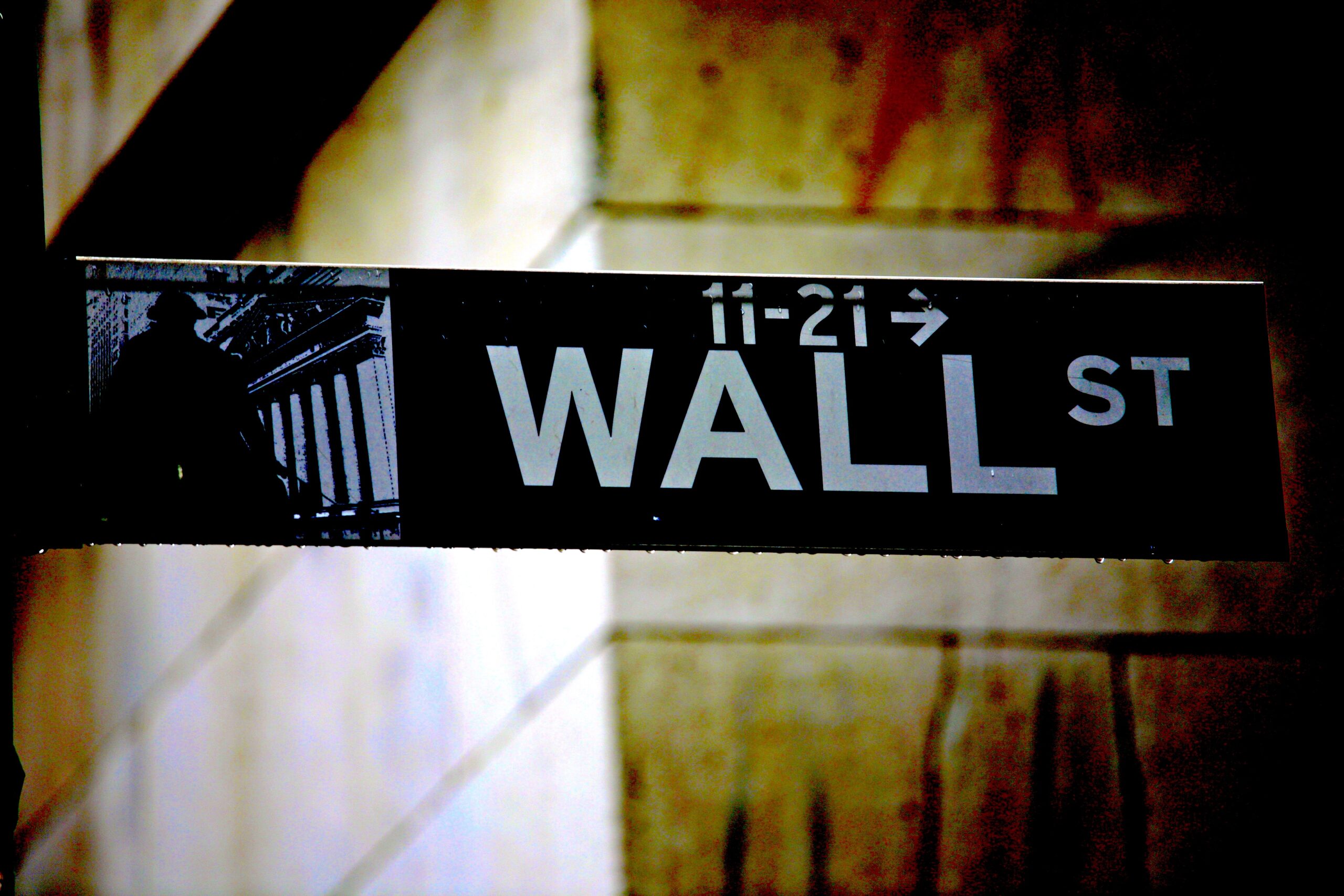 It’s tough to even explain to people how much the wealth of the richest Americans has increased while everyone else has suffered during this pandemic. The human brain can’t process the numbers. It’s like trying to explain the entire plot of “Twin Peaks” to a dachshund or a house fly or a Kayleigh McEnany.

Trying to come to terms with this level of inequality is hard but necessary. We must keep reminding ourselves just how evil these rich sociopaths are. They are not normal or average evil. They are not run-of-the-mill evil.

(And to be honest, I don’t even know what that would entail. How could someone be evil in a mill? Even if they had their run of the place — they’d just be stealing grain and laughing maniacally, I guess? That’s if it’s a grain mill, I suppose. What if it were a windmill? What if he’s run-of-the-windmill evil? Then what kind of shit is he involved in? Blowing on the wrong side of the windmill just to screw up the airflow?)

With the help of the Institute of Policy Studies, here are the numbers detailing just how bad American inequality has gotten during this pandemic. In their latest report they write, “The combined wealth of 647 U.S. billionaires increased by almost $960 billion since mid-March, the beginning of the pandemic lockdown… .”

While most Americans suffer more than ever, the people at the top have stolen nearly a trillion dollars. (Quick Refresher: if you make $40,000 a year, in order to make a trillion dollars, it would take you a mere 25 million years.) Meanwhile, the lines outside food banks stretch for miles in many cities with people sometimes waiting five hours for a box of food assistance.

Thousands of cars lined up to collect food in Dallas, Texas, over the weekend, stretching as far as the eye can see. pic.twitter.com/xLFGOcBkPK

How is it citizens struggle to eat in one of the richest countries in the world – which pours billions per day into our military? A post-scarcity world where we throw out 40 percent of all food? You thought it was just your aunt’s casserole but no, literally millions of tons of untouched food splatters into landfills — a lot of it never even makes it to your plate. It’s thrown out by the producers and stores because it hasn’t sold or the meaningless expiration date has gone by or the fruits and veggies are too ugly.

We should all find it maddening that producers throw out tons of ugly fruits and veggies while their fellow citizens go hungry. There is nothing wrong with a malformed grotesquely distorted potato. Just ask Ted Cruz’s face. (Besides in terms of which foods people prefer, I believe physical appearance should rank far below the fruit or vegetable’s personality, net worth, and work ethic.)

So how did we get to this point in human evolution? How do we have human beings going hungry while we throw out nearly half the edible food and a select few individuals rake in Olympic swimming pools full of money? It’s inarguably because our economic system (AKA “capitalism,” AKA “slippery Pete,” AKA “the underhanded hello”) is a dumpster fire.

Just like a select few sociopaths oversee this horrible system, it’s also a select few corporations that benefit the most. The Institute For Policy Studies says, “Driving this exploding inequality are 12 companies whose profits are coming at the expense of workers and communities. …They include retailers like Walmart, Amazon, Target, Dollar Tree, Dollar Store, gig economy companies like Instacart, and food producers like Tyson Foods.”

Ok guys I'm all for wacky marketing strategies but this is just kinda bizarre even by my standards pic.twitter.com/utDPhPsAzQ

Unbelievable profits don’t come out of nowhere. They are not beamed down from alien spacecraft or manifested using a magic wand. They are the result of the grand, breathtaking, generational exploitation of American workers. Just three members of the Walton family have added $48 Billion to their wealth since March of this year while giving their workers zero hazard pay.

Secret Santa but the secret is I'm Santa & only bought stuff for myself ?

And “The wealth of Amazon’s Jeff Bezos has increased by 62 percent since mid-March, totaling $188 billion as of November 17. Bezos is now the richest person on earth. Meanwhile an estimated 20,000 Amazon workers have been infected with COVID-19.”

Twenty thousand Amazon workers have been infected while making sure every American receives their high-speed sex toys and low-speed dog toys in less than two days. And those employees who speak out about the conditions are fired. So do you think their box has a smiley face on it now?? (When I first wrote that line, I didn’t realize the sexual connotations. Now I have, and yet, clearly, I foisted it upon you nonetheless. I’m sorry.)

Meanwhile, Bezos has $188 billion – an amount of money nearly equivalent to the GDP of New Zealand, a sum of money he will never come even close to using in his entire lifetime.

So basically the CEOs of these companies say to their employees, “You go to work, you get sick, you maybe die – especially if you live in one of the areas of the country where people think science is scary nonsense put forward by witches and autistic leprechauns. And then while you risk your life, we’ll pay you no more than usual – probably less than $15 an hour. Good luck out there.

Don’t forget to clean up the syrup dripping down the side of the Walmart cafeteria Slurpee machine while somebody’s rogue super-spreader toddler chews on your ankle.”

At this point in the column, a respected Ivy League corporate journalist would avoid naming the rich criminal masterminds pulling the levers of this abusive system. Lucky for you, fair reader, I’m neither corporate nor respected.

The line for the food pantry at the First Presbyterian Church in Brooklyn Heights took up both sides of the street on a November morning. Watch “Feeding Brooklyn Heights” at https://t.co/QtaRx8mA54 #hunterjourn pic.twitter.com/WnrfTEmk1H

Every day should be National Cake Day! ? https://t.co/woYnwbxORK

And these billionaires rake in (but do not “earn”) hundreds of times what their averageworker makes. The CEO of Dollar Tree, Gary Philbin, makes 690 times his median worker while sitting in a nice clean office, not having to face off with customers who start throwing discount adult diapers at cashiers for asking them to wear a mask.

Come on, Gary, why don’t you head down to the local Dollar Tree and get beaten with a $2 pool noodle for 15 minutes and then see if you deserve to make 700 times what your workers do? When one-dollar off-brand superhero action figures called “Rodent Lady” and “Electricity Boy” start hitting you square in the forehead, maybe you’ll find some compassion for your fellow humans.

Looking for an exciting new career opportunity, or looking to make extra
money this holiday? We have seasonal and permanent positions open nationwide in our stores and distribution centers. Apply online today to be scheduled for an interview! Learn more: https://t.co/Q5r7Sd53WB pic.twitter.com/u5LuUOmkIO

Of course none of this compares to Jeff Bezos. According to Business Insider, “Per hour, [Bezos] makes a whopping $8,961,000 — that’s roughly 315 times Amazon’s $28,466 median annual worker pay. An Amazon worker earning the $15 minimum wage would need to work 24 hours a day for about 68 years, just to earn what Bezos makes in an hour.”

This level of inequality is unsustainable, unfathomable, unjustifiable, unbelievable, and un-fucking-believable! And while your mainstream corporate media may mention inequality here or there, they never do it justice and they never do it LOUD ENOUGH. Having a little segment about food banks crammed between 18 hours of Biden transition coverage does not count as actually informing people.

If Americans were truly informed, rather than spending our days sitting idly watching reality shows about cakes, we would all be behaving like Khaleel Seivwright. (Granted he’s Canadian but I’ll forgive him for that.)

He’s a 28 year-old carpenter who started building tiny insulated shelters for those without homes. It’s a quick and cheap solution to help people chewed up by unfettered rapacious capitalism, a societal money laundering machine that spits out millions of humans after stealing their savings, their energy, and their youth.

So, just like a good capitalist town, upon realizing what Seivwright was up to, the City of Toronto issued a warning letter to the carpenter to stop building shelters for unhoused people. (Well, if all those poor people get homes, then how will the rest of us know we’re better than them? I suppose we’ll still have our wrist watches, but you can’t tell the brand from very far away.)

Point being, Khaleel Seivwright is a hero, as are so many unheralded activists across this land trying to help those torn up by our system. Bezos and the Waltons and the other CEOs who we seemingly celebrate in our popular culture — they are the villains. And while we continue to fight for a new economy no longer based on death and extinction, we need to build the alternative world we want to see.

If you find this column important, please share it. Lee Camp is the host of the hit comedy news show “Redacted Tonight.” His book Bullet Points and Punch Lines is available at LeeCampBook.com and his stand-up comedy special can be streamed for free at LeeCampAmerican.com.