The WikiLeaks founder’s “prolonged solitary confinement in a high security prison is neither necessary nor proportionate,” said Nils Melzer on Tuesday. 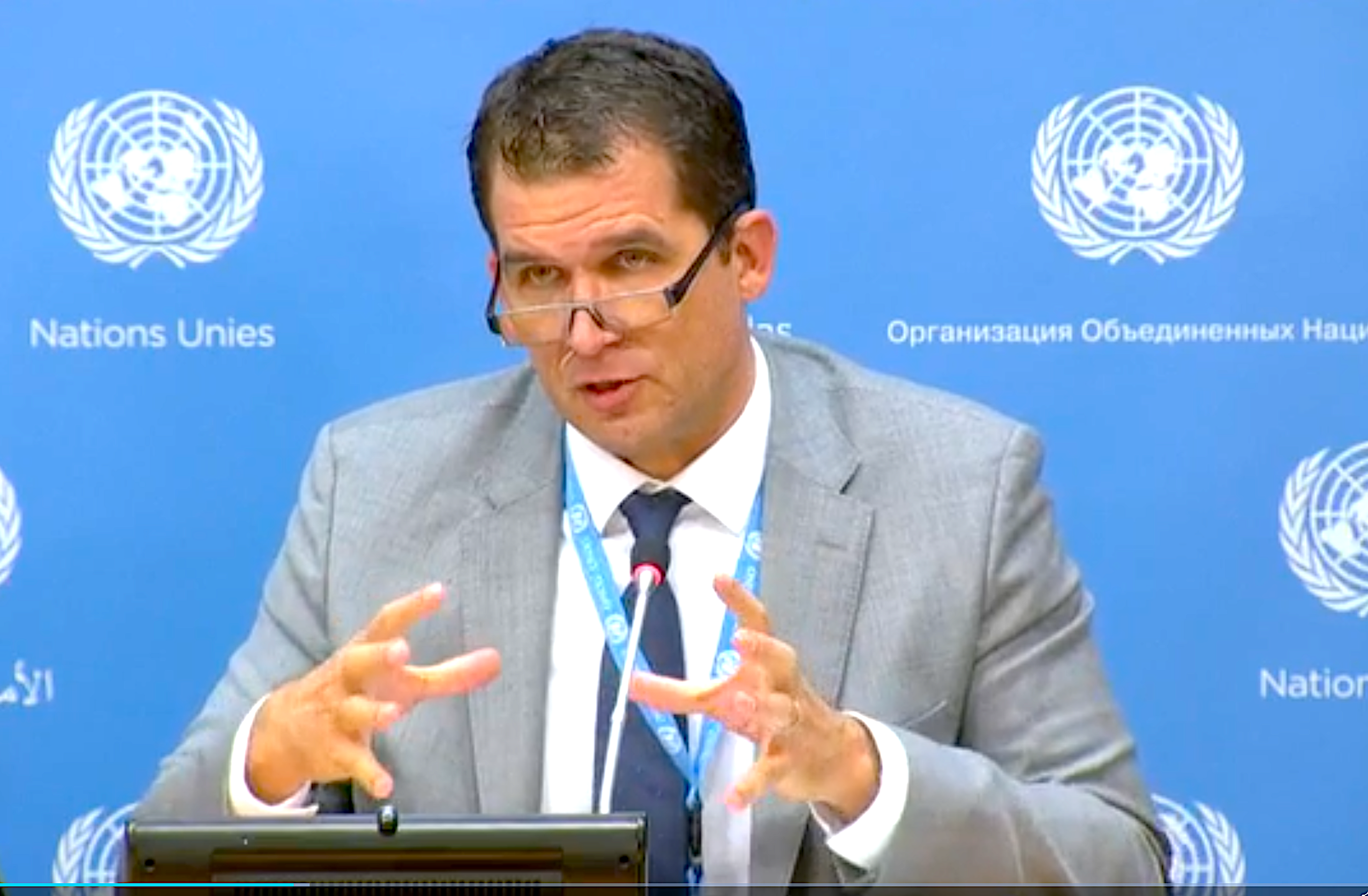 The United Nations’ top official on torture Tuesday called for British authorities to release or place under house arrest WikiLeaks founder Julian Assange, citing the risk of Covid-19 infection in London’s notorious Belmarsh Prison and condemning a decade of “arbitrary deprivation of liberty” that has “severely violated” the jailed journalist’s human rights.

U.N. Special Rapporteur on Torture Nils Melzer’s comments came in a statement noting reports that some 65 of the 165 inmates at Belmarsh, including numerous prisoners in the wing where Assange is jailed, have tested positive for coronavirus.

The U.N. Working Group on Arbitrary Detention previously found that Assange had been arbitrarily deprived of his freedom since his arrest on Dec. 7, 2010, including house arrest, imprisonment in London, and seven years spent receiving political asylum in the Ecuadorian embassy in the British capital.

Today, I urgently call on the #UK to:
– release #Assange amid Covid-19 outbreak at HMP Belmarsh
– prevent his extradition to the #US due to #HumanRights concerns
– end 10yrs of persecution, abuse & arbitrary detention

Assange has been imprisoned in Belmarsh in conditions described by Melzer as “near total isolation” since April 2019 as he awaits a U.K. court’s decision on whether he will be extradited to the United States to face charges of violating the 1917 Espionage Act and the Computer Fraud and Abuse Act for publishing classified U.S. military documents and files on WikiLeaks a decade ago.

Among the materials published by WikiLeaks are the Afghanistan and Iraq War Logs, which revealed U.S. and coalition war crimes, many of them leaked by Army whistleblower Chelsea Manning. Perhaps the most infamous of the leaks is the “Collateral Murder” video, which shows U.S. Army attack helicopter crews laughing as they gunned down a group of Iraqi civilians that included journalists and children.

It has been exactly 10 years since Julian #Assange was first arrested in the UK.
He has not enjoyed a day of full liberty ever since.
All this for revealing US government abuses – If extradited he faces a furher 175 year sentence
Stand up for Assange – Stand up for a free press pic.twitter.com/CWOAYqDpNw

While the soldiers and commanders implicated in the materials published by WikiLeaks have largely enjoyed impunity, Manning served seven years in prison before her sentence was commuted by outgoing President Barack Obama in 2017. Meanwhile, Assange faces up to 175 years behind bars if found guilty of all charges against him.

“The British authorities initially detained Mr. Assange on the basis of an arrest warrant issued by Sweden in connection with allegations of sexual misconduct that have since been formally dropped due to lack of evidence,” Melzer said in his statement. “Today, he is detained for exclusively preventative purposes, to ensure his presence during the ongoing U.S. extradition trial, a proceeding which may well last several years.”

“Mr. Assange is not a criminal convict and poses no threat to anyone, so his prolonged solitary confinement in a high security prison is neither necessary nor proportionate and clearly lacks any legal basis,” Melzer continued.

There have been growing calls for President Donald Trump to pardon Assange during his last weeks in office, including by exiled former National Security Agency whistleblower Edward Snowden, filmmaker Oliver Stone, actress and activist Pamela Anderson, and musician Roger Waters.

Mr. President, if you grant only one act of clemency during your time in office, please: free Julian Assange. You alone can save his life. @realDonaldTrump

Melzer — who has repeatedly called Assange’s treatment “torture” — added that the whistleblower’s “rights have been severely violated for more than a decade.”

Additionally, Melzer advised British authorities to decline the U.S. extradition request, citing serious human rights concerns in a nation whose prisons are rife with torture, rape, and other abuses (pdf).

“He must now be allowed to live a normal family, social and professional life, to recover his health, and to adequately prepare his defense against the U.S. extradition request pending against him,” he said.