Any thought of Biden and his people riding into town on white horses to save the nuclear deal is strictly naïve. 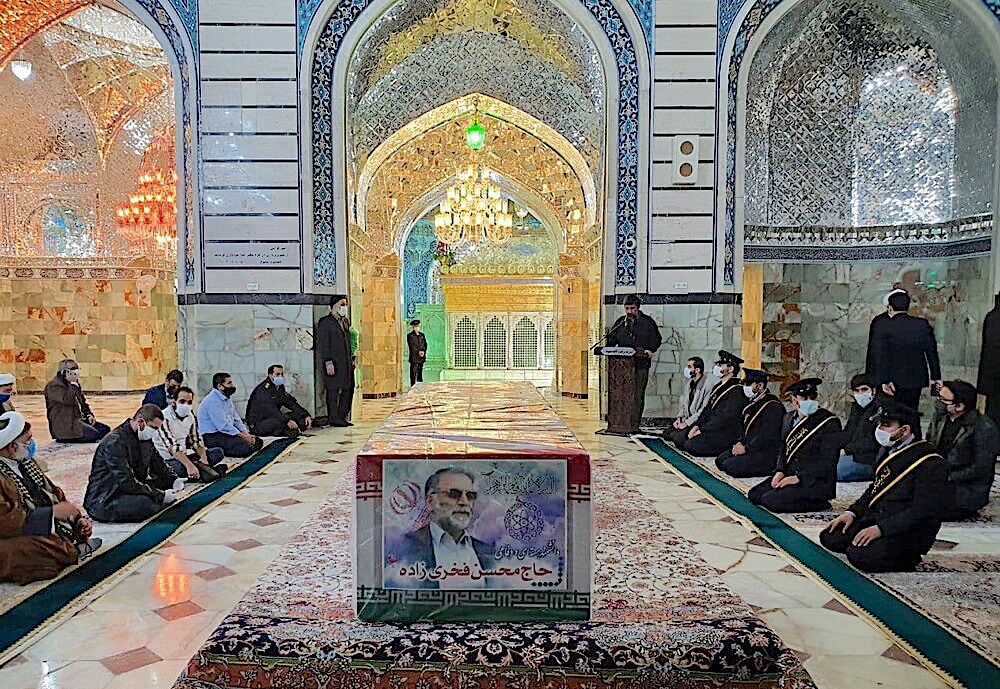 I was on the telephone with a friend in Tehran Sunday and found myself telling him about a Christmas card I kept tacked to the pantry door of a farmhouse I lived in many years ago. “Merry Christmas, and I’m sorry…,” it read on the front. And inside: “I’m sorry my country bombed your country.”

Soroosh, and we will stay with first names, laughed as I knew he would. “The joke extends to assassinations now,” he said in a tone that was good-humored and rueful all at once. The joke is bitter and has long extended to assassinations, as anyone with a sound book of postwar history knows.

Did I as an American owe Soroosh and 82 million other Iranians an apology? Did the United States assassinate Dr. Mohsen Fakhrizadeh, Iran’s most accomplished nuclear scientist, last Friday?

My answers, in order: Yes, and it was my privilege to have an occasion to offer one. And yes: Apartheid Israel did the wet work, as they say, but this is no time for mincing words. The United States is responsible for the assassination of a senior figure in the Islamic Republic’s scientific community. I make this assertion with full confidence in its truth. 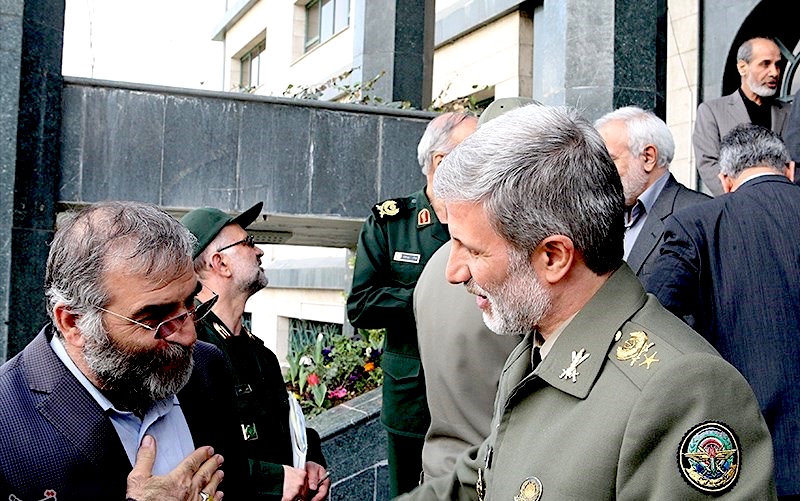 Our mainstream press has treated us to days of earnest rumination as to Israel’s direct role in Fakhrizadeh’s murder. There is now a general consensus on this point, including within our kindly “intelligence community.” But the generous servings of postulation — “it had all the hallmarks of a precisely timed operation by Mossad,” The New York Times told us Sunday — is little more than idle distraction that (1) eases us into the reality of Israel’s wanton savagery and (2) serves to suggest the U.S. had nothing to do with it.

The star performer in this line is none other than John Brennan, the former CIA director, chief architect of the Russiagate psy op, and — I say this with certainty—among the boldest liars of my lifetime. “This was a criminal act & highly reckless,” Brennan tweeted over the weekend. “It risks lethal retaliation & a new round of regional conflict. Iranian leaders would be wise to wait for the return of responsible American leadership on the global stage & to resist the urge to respond against perceived culprits.”

This was a criminal act & highly reckless. It risks lethal retaliation & a new round of regional conflict.
Iranian leaders would be wise to wait for the return of responsible American leadership on the global stage & to resist the urge to respond against perceived culprits. https://t.co/0uZhyBTM3S

What is the old spook saying here? Good enough that Brennan fingers the Israelis without naming them. But all will be well with “the return of responsible American leadership?” It looks to me as if Brennan is implicitly accusing the Trump regime of complicity while preserving the myth of American innocence for the incoming Biden regime.

Let us be crystal clear. This is not about who pulled the trigger on a boulevard outside Tehran last Friday. Did the U.S. command Patrice Lumumba’s firing squad in the Katangan jungle in 1961? Did it drive Salvador Allende to suicide (if it was a suicide) in Santiago in 1973? No and no. Did it bear responsibility for these deaths? Yes and yes.

Closer to our time, did Susan Rice, acting as Barack Obama’s national security adviser, condemn the popularly elected Mohammad Morsi to death seven years ago? No. Did she, in an unambiguously damning telephone call, authorize the 2013 coup in Egypt that led to it? Yes again. 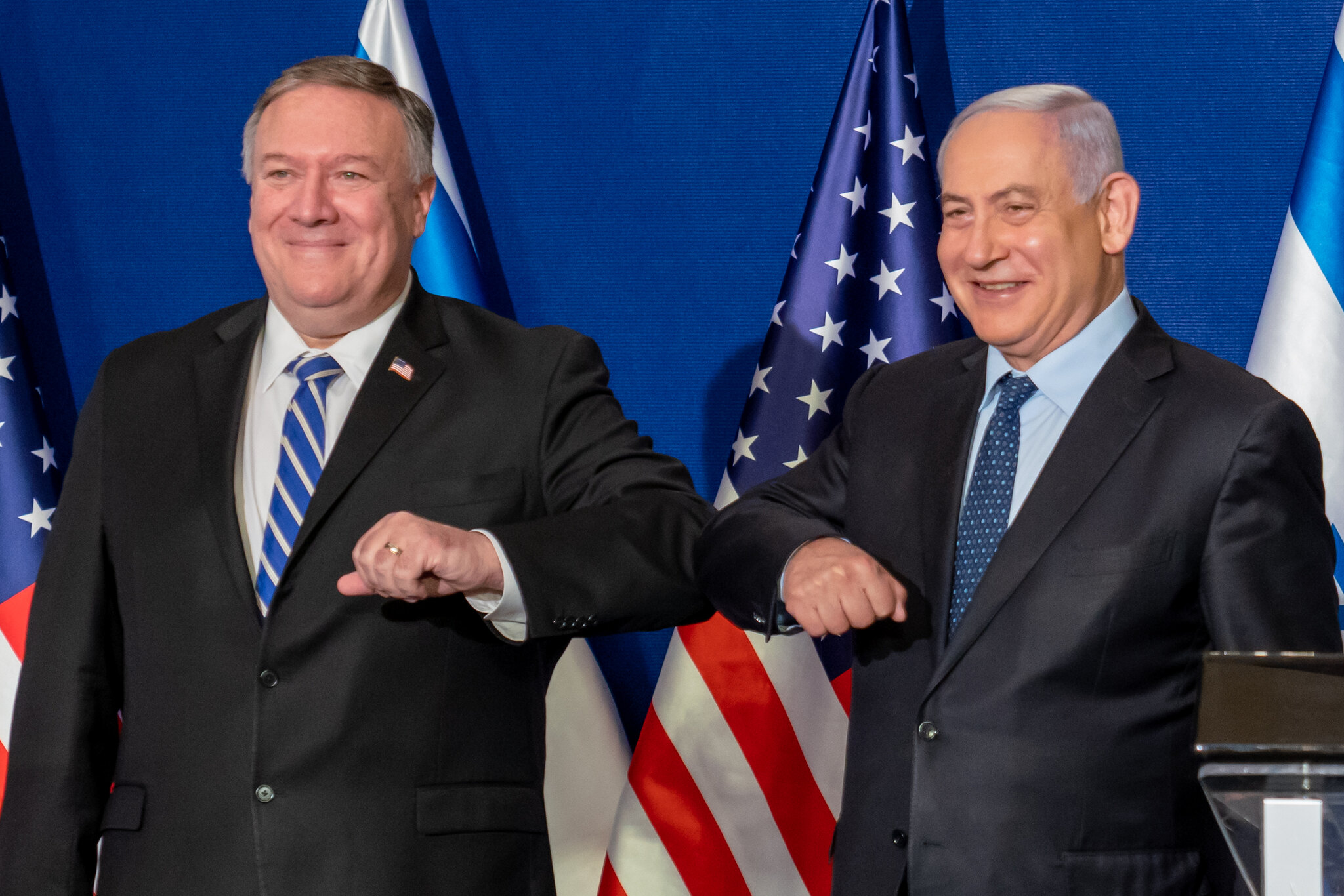 In all such cases and certainly in this latest, it is merely a matter of seeing events in their larger context — which we must do for ourselves, as our government and our press are wholly dedicated to preventing any such thing to the fullest extent they can. And in this larger context, it is hardly difficult to recognize Washington’s culpability in yet another murder.

By the available evidence, Israel has been murdering Iranian scientists routinely for a decade or more. In a properly outraged column published over the weekend in Haaretz, Gideon Levy counts roughly a dozen. This reflects what we can usefully think of as Israel’s cult of assassination. “Alongside drip irrigation and cherry tomatoes,” Levy writes piercingly, “there are few areas in which Israel takes more pride than what it calls ‘targeted killings,’ which are in fact acts of murder by the state.”

This culture of violence against others — Levy counts 70 assassinations of Palestinians since 2000 — is a long, dreadful story. For my money, the most diabolic mind could not conjure a more perverse memorial to the 6 million. Did this culture take root without American dispensation? Given the (appalling) nature of the U.S.–Israeli relationship, it is simply impossible to conceive of this.

Since the 1967 war, Washington has been on one long, Susan Rice–style telephone call implicitly or explicitly authorizing apartheid Israel’s lawlessness. The Israelis are our Chilean military officers in the Mideast. Bibi Netanyahu is the structural equivalent of Mobutu Sese Seko, a corrupt punk with a temporary surfeit of power.

Much is rightfully made of Israel’s undue influence in American politics, on Capitol Hill and elsewhere. But in deal’s-a-deal fashion, Israel is a faithful and very key outpost of the empire, and this is not to be forgotten. It gets the same pass as any blood-soaked dictatorship for its excesses. Hence the missile systems, the gunships, the F–16s and F–35s, and all the rest.

Yes, Israel sometimes oversteps its bounds from the U.S. perspective, notably during the long years of Netanyahu’s premiership. But as all paying-attention people have long understood, whatever Israel does will eventually be put down as a minor infraction in the larger scheme of things and accepted among the policy cliques in Washington. Joe “You don’t have to be a Jew to be a Zionist” Biden is no stranger to this stuff.

Outline of the Case 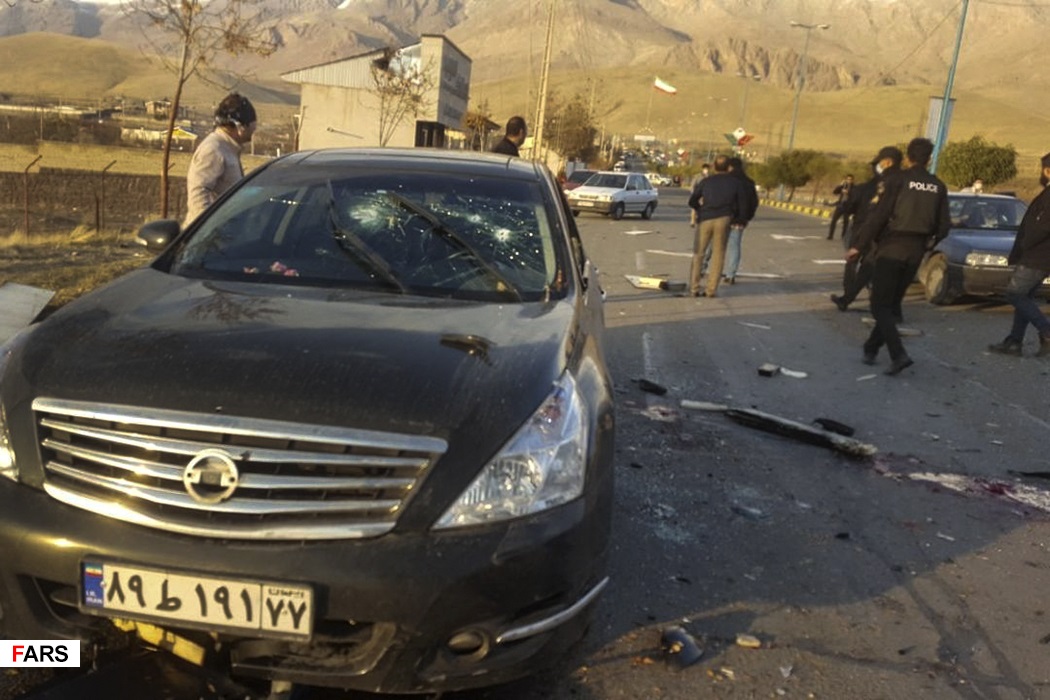 Aftermath of the assassination of Mohsen Fakhrizadeh in Absard, a city near Tehran on Nov. 27. (Fars News Agency)

The outline of the Fakhrizadeh case is available to us and is not so difficult to read. Of what we know of things, this looks like a case of the Trump regime’s explicit approval, if not encouragement. But Brennan’s thought that Biden and his people will ride into town on white horses is strictly for the naïve.

Mike Pompeo, who has sought to provoke open conflict with Iran every hour of his day he is not doing the same with China, paid a final visit to Netanyahu on Nov. 19, eight days before Fakhrizadeh was murdered. The Israeli PM afterward described the encounter with our rotund secretary of state as “intimate and productive.”

That was a Thursday. Al Jazeera subsequently reported that Netanyahu secretly flew to Saudi Arabia the following Sunday for a meeting with Saudi Crown Prince Mohammed bin Salman and Pompeo. “A member of Netanyahu’s cabinet and Likud party on Monday confirmed reports that the Israeli leader had held a meeting in Saudi Arabia, calling it an ‘amazing achievement,’” Al Jazz reported. 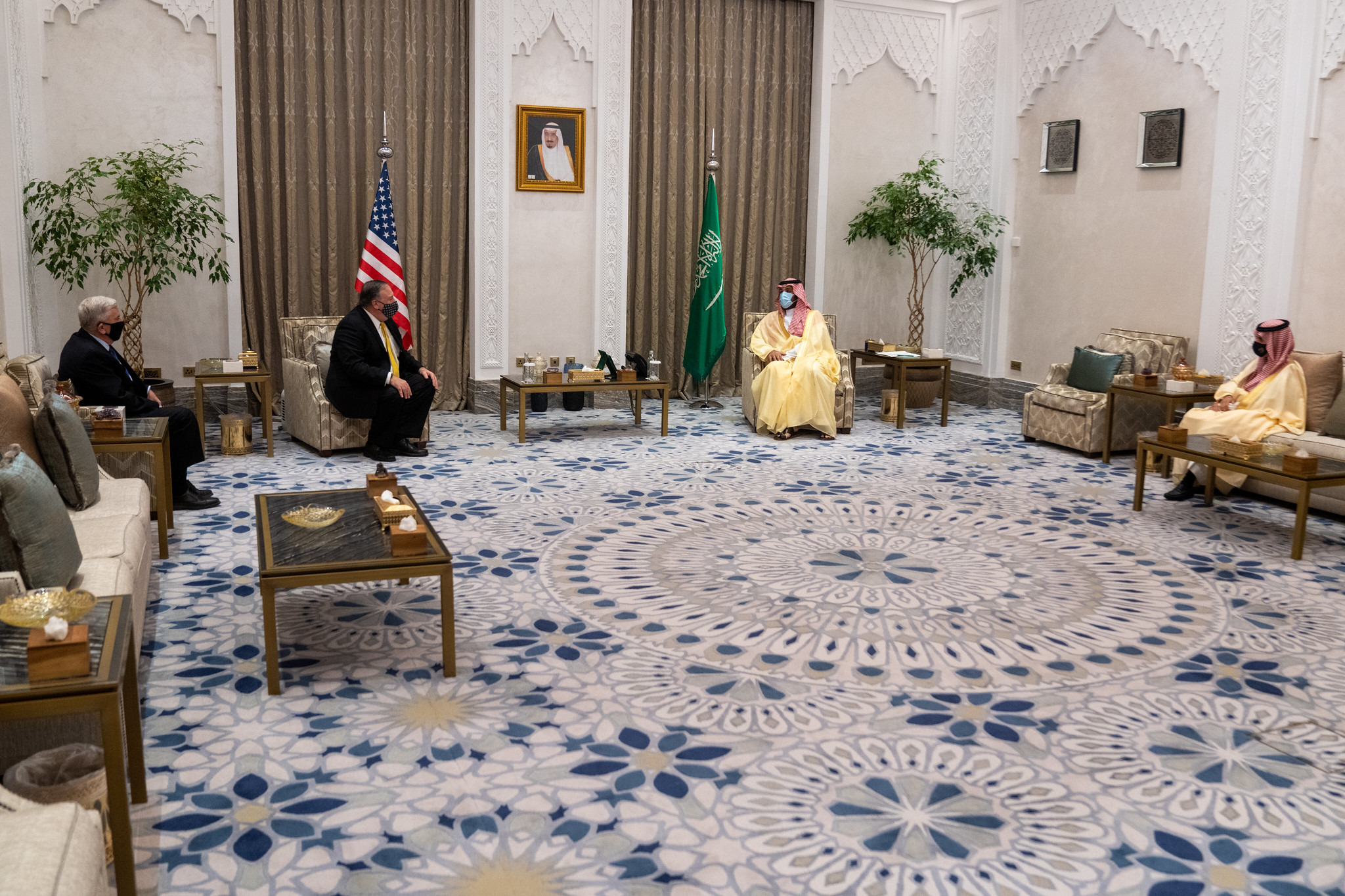 That puts three brimming-with-anomie enemies of Iran in the same room, two of them for the second time in four days. It is possible the assassination plot, a plot of obvious geopolitical consequence, never came up. We do not know this, just as we do not know if that part of the moon not made of rocks is indeed made of cheese. What we know is that Fakhrizadeh was dead five days after the Saudi gathering.

My reading: Pompeo is getting in his final innings before he cleans out his locker in Foggy Bottom. Having failed to start his biblical war with Iran, the best he could do was leave a mess behind for the “responsible American leadership” about to assume power in Washington. Neither Bibi nor MbS, who are now toying with the idea of normalizing relations, requires any persuasion in the matter of making messes with Iran.

We now read that the Fakhrizadeh murder may have fatally sabotaged President-elect Biden’s plans to restore the U.S. to the 2015 accord governing Iran’s nuclear programs, which President Donald Trump abandoned a year into his term. How does that work?  If Biden and his new advisers — Antony Blinken at State, Jake Sullivan as national security adviser — are serious about diplomacy with Tehran, now is the time to go full-tilt for it, wouldn’t you say? Gentlemen, mount those white horses.

In the same piece presenting the weird argument about the damage just inflicted on Biden’s diplomatic aspirations, Sullivan is quoted as saying the U.S. will return to the accord “if Iran returns to compliance, for its obligations that it has been violating, and is prepared to advance good-faith negotiations on these follow-on agreements.”

The “follow-on agreements” seem to be those Trump and Pompeo have insisted upon — no missile-defense systems, no efforts to secure its neighborhood, the latter mischaracterized as “acts of terror.” Let me get this straight: We’re here to correct the Trump regime’s mistakes, and we propose to do so by embracing them?

These people are simply not serious.

My tentative conclusion: Biden, Blinken and Sullivan cannot see their way to recommitting to the 2015 agreement because Biden is inexcusably close to Israel and Israel has stated its opposition to this in the clearest of terms. For the time being, it looks as if they will take cover in the Fakhrizadeh murder as they slither out the side door on Iran: Golly, we wanted to talk to Tehran but events have foiled us.

Shall we mark this down as Foreign Policy Failure No. 1 for our “responsible American leadership?” We will have to keep track as the numbers rise.