Progressives send their party a memo: Don’t blame us for centrists’ losses. 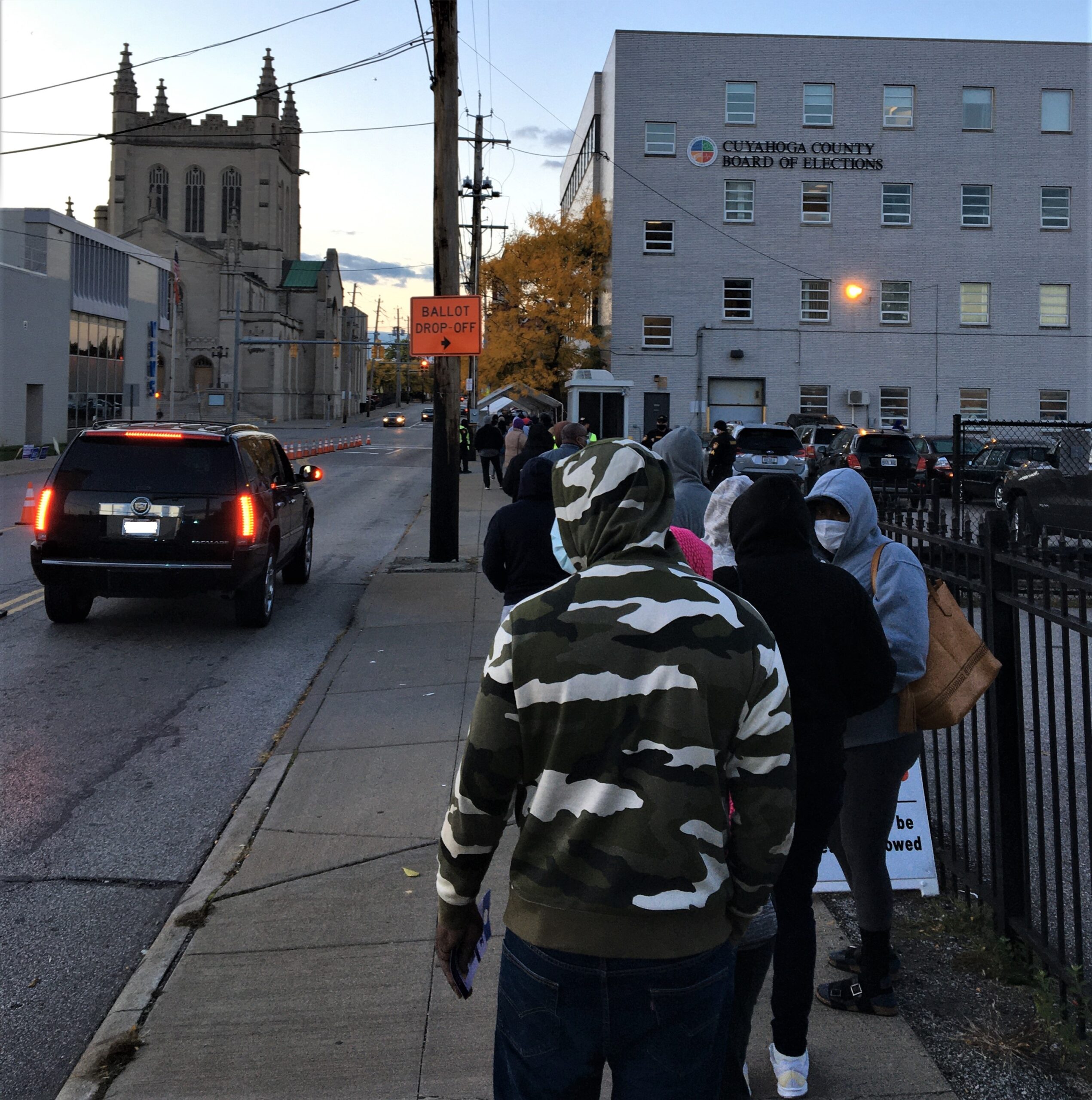 A memo to the Democratic Party from four progressive organizations outlines how — through a number of unforced errors in an attempt to appeal to conservatives and moderates rather than the more forward-looking Democratic base — the party allowed the loss of a number of congressional seats and now risks further alienating the racial justice organizers and working-class voters who helped deliver President-elect Joe Biden’s victory.

The accusations set off a fierce debate between progressives — including Reps. Alexandria Ocasio-Cortez (D-N.Y.) and Rashida Tlaib (D-Mich.) — and their centrist counterparts. The progressives attempted to redirect Democratic leaders’ attention away from broadly popular proposals and toward the party’s lack of organization and willingness to play into Republican attacks aimed at dividing and conquering.

“There is no denying Republicans levied salient rhetorical attacks against Democrats, but these will continue to happen as they do every cycle,” reads the memo unveiled on Tuesday. “We cannot let Republican narratives drive our party away from Democrats’ core base of support: young people, Black, Brown, working class, and social movements who are the present and future of the party.”

“Historic voter turnout by Black voters, Native voters, Latino voters, and young voters ensured victory for President-elect Biden and Vice President-elect Harris,” the groups added. “Scapegoating progressives and Black activists for their demands and messaging is not the lesson to be learned here. It was their organizing efforts, energy, and calls for change needed in their communities that drove up voter turnout.” 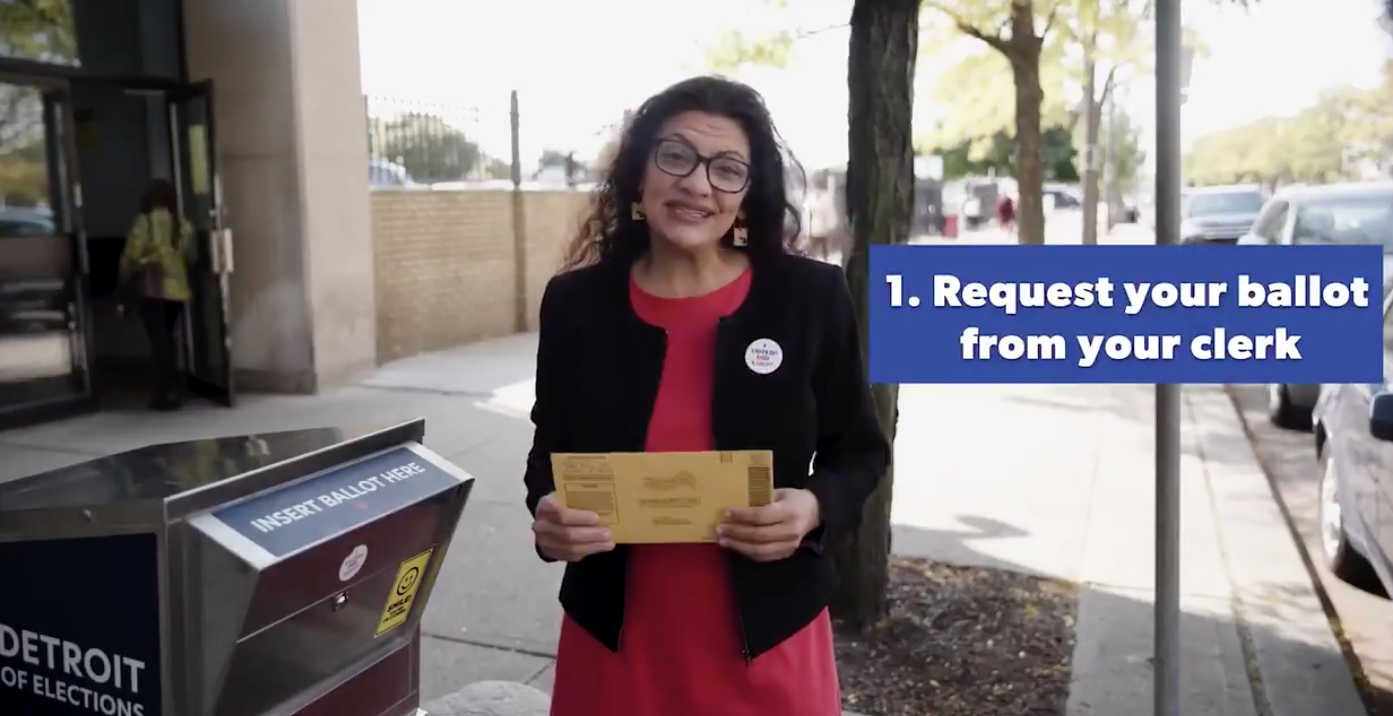 Centrists in recent days have zeroed in on the rallying cry to “defund the police,” which came out of the racial justice uprising that began in May, and the term “socialism” as reasons behind their own losses and near-losses.

“Not a single Democrat — progressive or otherwise — argued that Democrats should run primarily on these themes,” the memo reads. “Moreover, these attacks will never go away, nor will demands for reform from social movements. The attacks are designed to stoke racial resentment, which is core to the GOP’s election strategy. Our party should not feed into it.”

The current anxiety about the phrase “defund the police” follows earlier Republican attacks in recent years regarding the Black Lives Matter movement and protests by Colin Kaepernick and other Black athletes, from which Democrats distanced themselves.

Allowing the GOP to construct a narrative around “defund the police” — instead of reframing the debate around the specifics of the idea as outlined in the BREATHE Act, such as abolishing the Pentagon program which allows local law enforcement agencies to obtain military equipment — will only  “demobilize our own base,” the memo suggests.

As a graphic released by the Democratic Socialists of America (DSA) points out, Medicare for All — another supposedly controversial proposal — has not been shown to harm Democratic candidates who openly support it, even in districts which lean Republican.

Medicare for All is a winning issue! Anyone who claims otherwise is more interested in keeping corporate donations rolling in than actually winning. pic.twitter.com/S3heo5hJL2

“Medicare for All is a winning issue!” tweeted DSA. “Anyone who claims otherwise is more interested in keeping corporate donations rolling in than actually winning.”

In addition to falling prey to attacks over ideology, the groups wrote, the Democratic Party has in the post-election period begun attacking the very organizers who helped propel Biden to his presidential win — despite the fact that those same campaigners didn’t share many of his policy priorities:

“At the Congressional level, progressives never stopped knocking doors. For example, as the Washington Post reported on Congresswoman Ilhan Omar’s efforts to turn out voters in her Minnesota district: ‘Since the start of early voting in September, her campaign has been working to turn out every potential voter, including tens of thousands who sat out the 2016 election. The towns and counties of the Iron Range cast 180,023 votes four years ago; Hennepin County, home to Minneapolis, cast 679,977 votes. While the Biden-Harris campaign resisted in-person canvassing, Omar’s campaign kept doing it, hiring dozens of people to knock on doors and pull out votes.’ Trump and the GOP really thought they could win Minnesota — what they didn’t count on was 88% turnout in Ilhan’s district with over 400,000 votes. The same was true of Congresswoman Rashida Tlaib’s campaign and district in Michigan, where she focused heavily on engaging low-propensity voters and folks who didn’t turn out in 2016, contacting over 201,000 unique voters with information on how to vote for Joe Biden, Kamala Harris, and Gary Peters, boosting turnout in Detroit and Wayne County, and helping deliver victory for the Democrats.”

The memo emphasizes the material damage that can be done in future elections if centrist Democrats don’t put to rest the notion that progressives and their demands are to blame for centrists’ own losses—even as progressives themselves were successful after embracing policies like Medicare for All.

“This election, the Black youth leading the Black Lives Matter movement have turned their power in the streets into votes and have helped secure Biden’s victory in key cities,” write the groups. “According to an analysis by Tom Bonier of TargetSmart, the protests drove up voter registration, with the earliest signs coming from Georgia, and helped close the enthusiasm gap that plagued Biden into the summer. Fast forward to election day: Black voters matched and exceeded white voter participation in key cities like Philadelphia, Detroit, Milwaukee, and Atlanta, which delivered the presidency to Biden.” 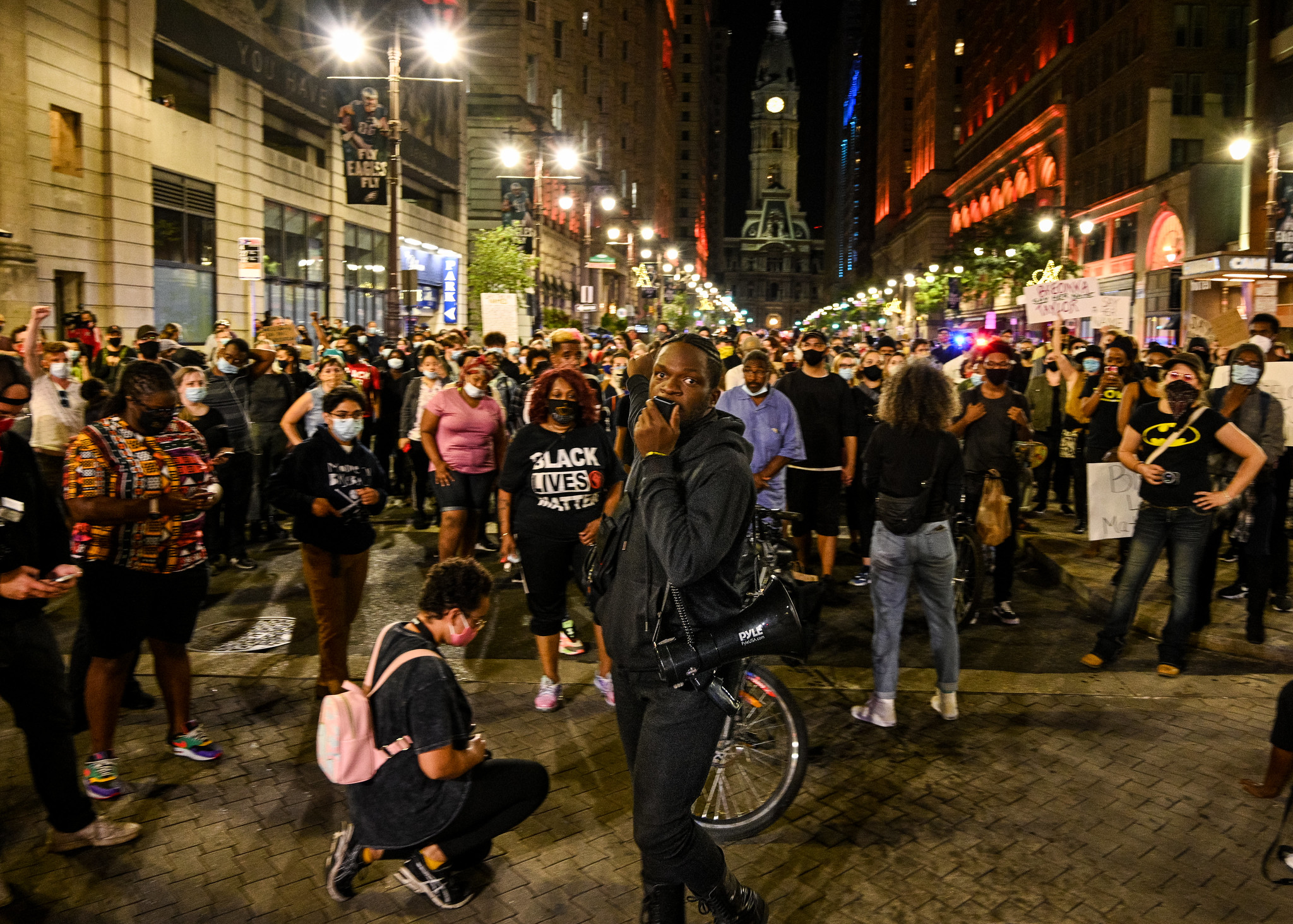 “Most impressively, in Georgia, young voters skewed heavily Democratic, casting ballots for Biden about 18%more than for Trump—especially young voters of color and young Black voters, 90% of whom voted for Biden,” the memo reads. “If Black youth had come out in slightly lower numbers, Biden would lose the state and we would not have the opportunity we do in the Senate.”

As the memo was released, Politico published an interview with Tlaib in which she expressed anger over centrists’ recent attacks — making clear that the onslaught of criticism is aimed not just at her, Omar, Ocasio-Cortez, and other progressive lawmakers, but at their constituents.

“We’re not going to be successful if we’re silencing districts like mine,” Tlaib told the outlet. “Me not being able to speak on behalf of many of my neighbors right now, many of which are Black neighbors, means me being silenced. I can’t be silent.”

“If [voters] can walk past blighted homes and school closures and pollution to vote for Biden-Harris, when they feel like they don’t have anything else, they deserve to be heard,” the congresswoman, who won re-election with more than 67% of the vote, added. “I can’t believe that people are asking them to be quiet.”

Tlaib also tweeted about her interview, including the hashtag #EmbraceTheBase.

Economic justice is another area in which many congressional Democrats failed to offer a cohesive message aimed at rallying young voters and marginalized people at the polls this year, the memo says.

Although “60% of registered voters and 66% of independents think the country is rigged to benefit the wealthy and the powerful,” centrist Democrats have shied away from embracing proposals like student loan cancellation, tuition-free public college,and imposing a wealth tax—despite the fact that all three issues are popular among voters across the political spectrum.

“Whatever moderates think of progressives like Senators Bernie Sanders and Elizabeth Warren, it is clear they have forged a far more compelling economic message than what centrists like Lamb or Spanberger have to offer,” the memo reads. “A narrative that centers corporate power and the ultra wealthy as barriers to progress on the economy is compelling across the political spectrum. Democrats should adopt it.”

Ian Haney Lopez, a Berkeley law professor who wrote in the New York Times in September that Biden and the Democrats must “link racism and class conflict” and whose op-ed is mentioned in the memo, urged Democrats to read the document.

18 comments for “ELECTION 2020: Cracks Emerge in Democratic Party a Week After Election”