It’s disturbing for Danny Sjursen to witness veterans in Congress supporting the Afghan War by far wider margins than combat-comrades back in their districts. 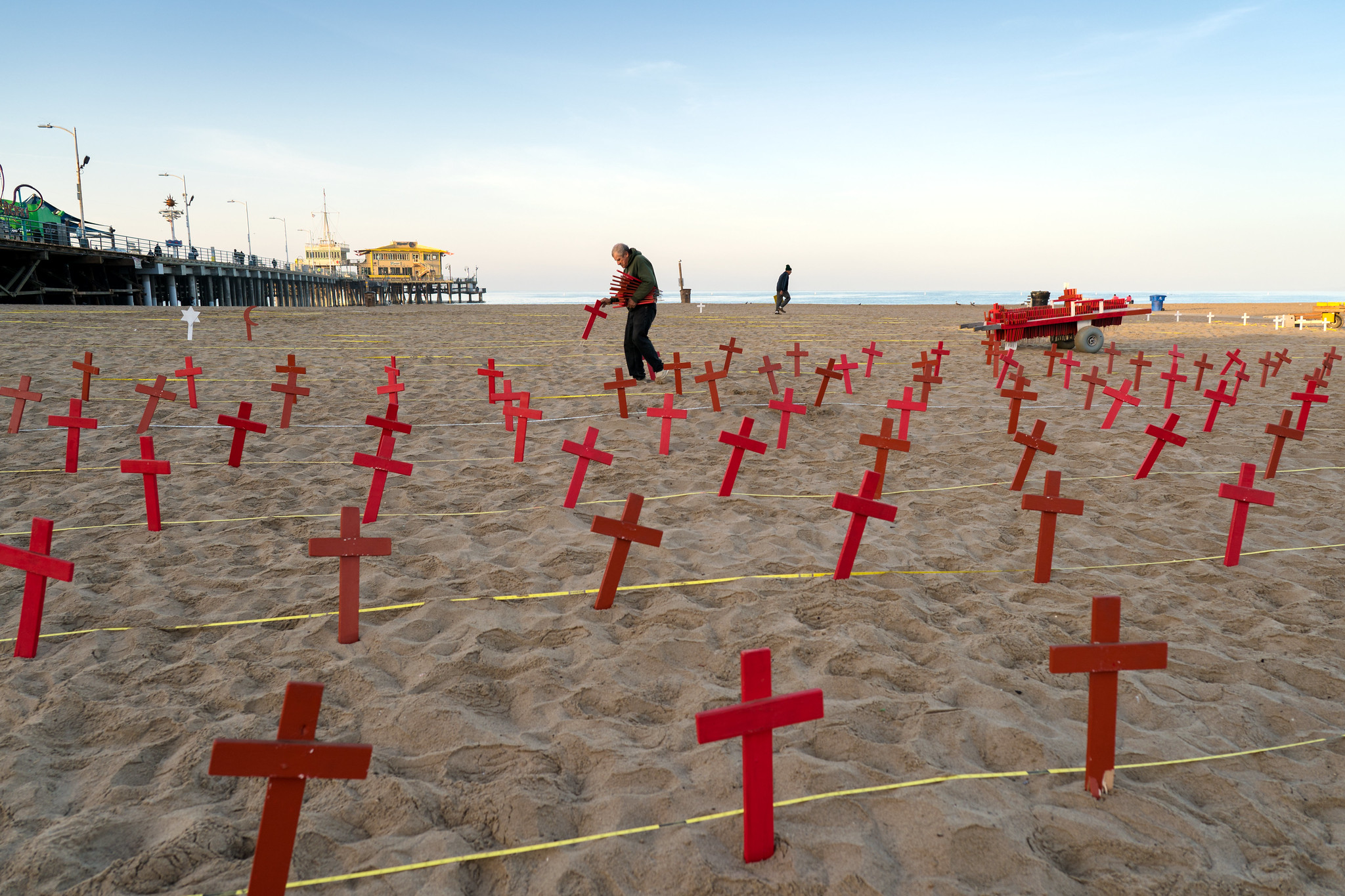 “Arlington West of Santa Monica,” a project of Veterans for Peace, puts reminders of the costs of war on the beach in Santa Monica, California. (Lorie Shaull via Flickr)

There are times when one wishes certain myths were true. Take the old trope that if only more veterans served in Congress they would — having seen the ugliness of combat — extinguish endless wars and usher in wholesale peace.

While some research suggests that members of Congress with military experience may be more likely to restrain presidential use of force, recent behavior by post-9/11 congressional combat veterans belies the scholarly postulate.

In fact, the preponderance of these warriors-cum-legislators have proved as pro-war as their “chickenhawk” civilian colleagues. This, in spite of rising public and veteran, opposition to America’s military adventures.

That congressional veterans have betrayed their increasingly war-skeptical, ex-brothers-in-arms is easily evinced by three recent votes, and one looming non-story.

To start, we have the 2021 National Defense Authorization Act’s $740 billion Pentagon-giveaway; the Crow-Cheney Amendment to the NDAA (freezing funds for President Donald Trump’s proposed Afghanistan troop withdrawal); and the failed amendment led by Sen. Bernie Sanders to cut and domestically reinvest 10 percent of the Pentagon budget. 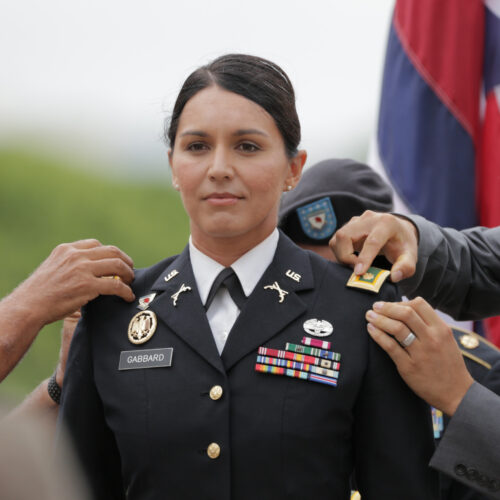 A total of 95 military veterans serve in the current 116th Congress. Of those, 33 served in the Iraq and/or Afghanistan wars — 24 Republicans and nine Democrats. On the exorbitant NDAA-spending bill, these veterans voted 23-to-10 in favor. As for the Democrats’ purported anti-war bonafides: eight-of-nine voted aye, leaving Rep. Tulsi Gabbard (D-Hawaii) alone and unafraid in her dissent.

The Crow-Cheney amendment to keep troops in Afghanistan was specifically raised in a House Armed Services Committee roll-call vote. Only nine of these veterans could weigh-in, and the margin was tighter — five voted aye and four nay. In a predictably partisan turn, Republicans were more likely to oppose the amendment — presumably supporting their president. On the Dem side, 4-of-6 supported Crow-Cheney.

Finally, a should-be-shocking 32 of 33 veterans (97 percent) voted against the Sanders amendment’s modest cuts. Typically, Tulsi Gabbard was the lone yes-vote. The overall congressional nay-rate was about 78 percent — 19 points below the veteran ratio.

Recent polling data exposes a Congress obscenely out-of-touch with the very veterans they disingenuously worship. The results astound: About 57 percent of veterans surveyed think the U.S. “should be less engaged in military conflicts overseas,” while 71 percent “support a full withdrawal of U.S. troops from Iraq.” A staggering 73 percent “support a full withdrawal” from Afghanistan. There’s something decidedly disturbing afoot when the veterans in Congress nearly invert those polls, supporting the Afghan War by far wider margins than combat-comrades back in their districts.

Yet many of these committee members had a ready retort: raising the so-far unconfirmed Russian bounty story, and implying that Trump stood by as Russia’s President Vladimir Putin traded the Taliban rubles for American blood.

For example, Rep. Seth Moulton (D-Mass), a former marine infantry officer with four Iraq tours under his belt, said Trump’s deal with the Taliban was weak and falling apart, adding,  “Now we learned that he was making this deal at the same time as there were bounties on the heads of American troops, American sons and daughters.”

Apparently, Moulton thinks the best way to save those U.S. service-member scalps is ensuring they can’t leave the Afghan targeting area. 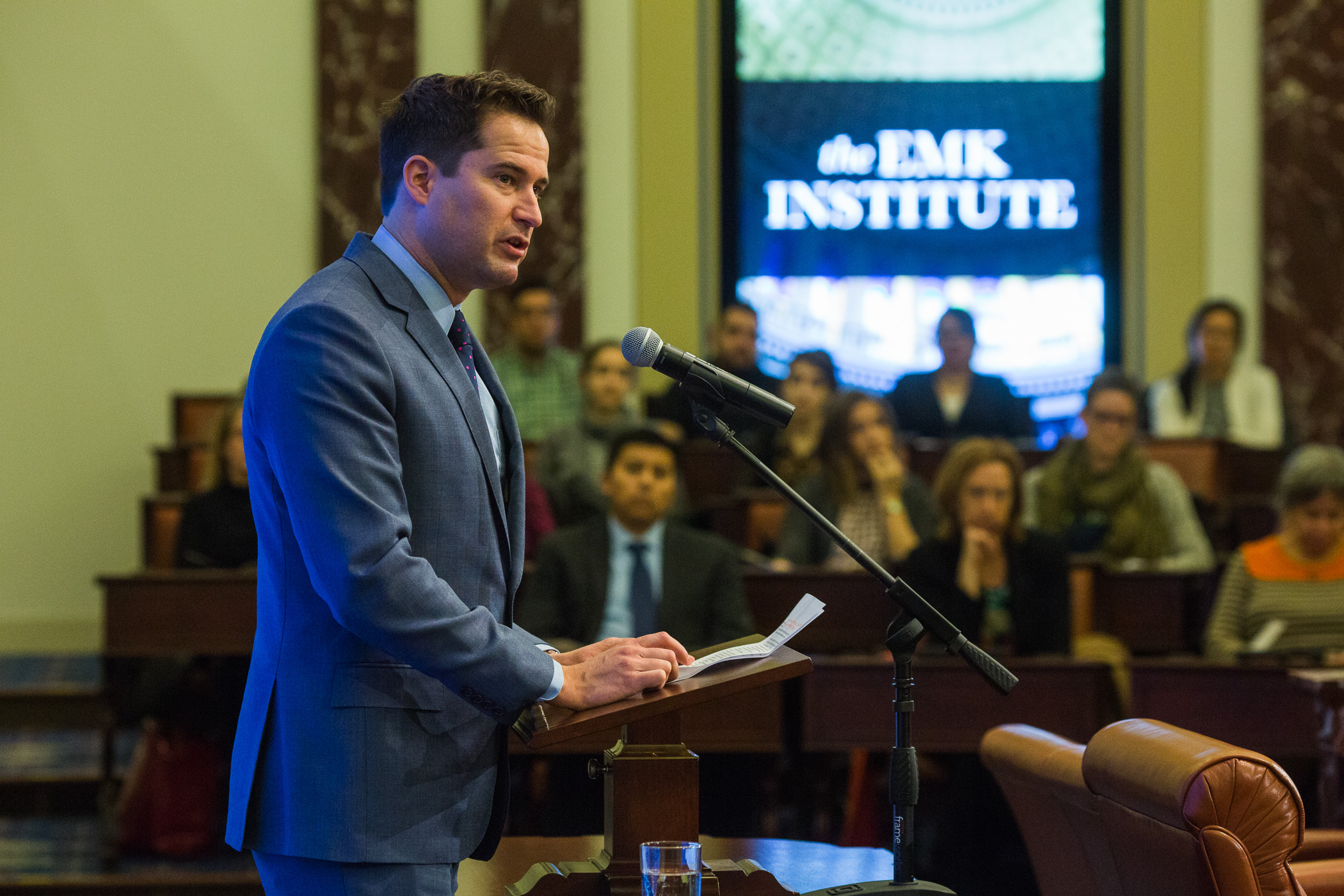 Such folks are hand-selected and vetted by a polished duopoly machine. This is especially true of those actively recruited by the Democrats to burnish the party’s “toughness” credentials. The DNC didn’t enlist these veterans so they’d release peace doves on the chamber floor. Across the aisle, besides a small but burgeoning libertarian cohort, most congressional Republicans remain lost causes. Worse still, there’s no great blue hope waiting in the wings. Theirs is not — and has rarely been— a true anti-war party.

Neither party’s Establishment stalwarts evince any real interest in ending endless war or practicing restraint — except if there’s an opportunity for political point-scoring. Here, Exhibit A must be the Democrats’ November 2006 electoral seizure of both Houses of Congress in what had been a veritable referendum on the Iraq quagmire. Then, before they were even seated, incoming House Speaker Nancy Pelosi (D-Calif.) took her purse-power off-the-table.

“We will not cut off funding for the troops,” Pelosi said, when asked about President George W. Bush’s potential Iraq-intransigence, “Absolutely not.” One month later, Bush defied a war-weary public and announced the “surge” of some 30,000 more troops in country. I was in Baghdad when the news broke. So I chain smoked several lonely cigarettes, then marched inside to tell my scout platoon that our year-long tour had been extended by three additional months. 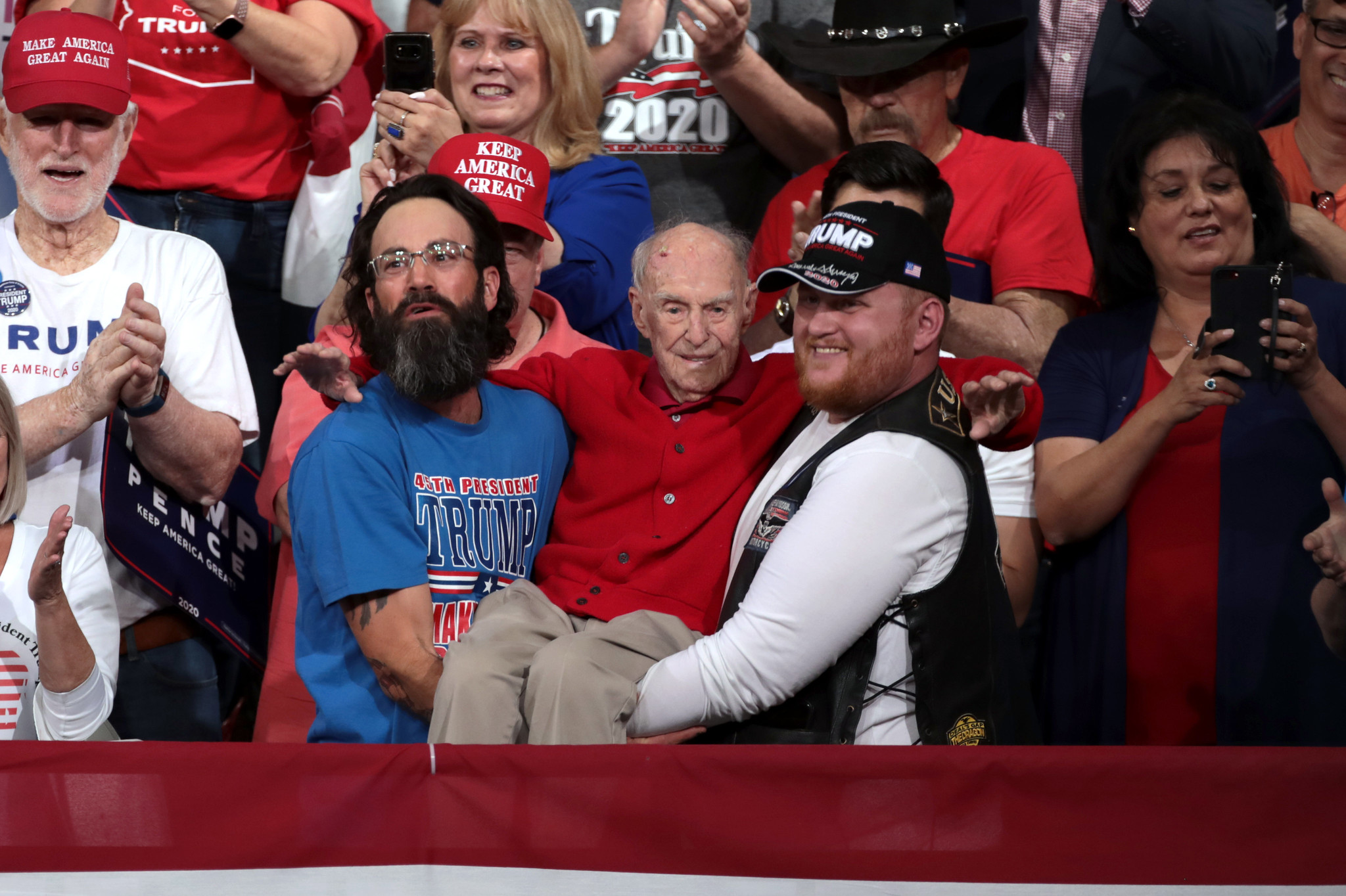 Just as tragically, today’s post-9/11 veterans in Congress are no more capable of unilateral “victory” over Trump than they were with Iraqi insurgents or the undefeated Taliban. Nor do they necessarily have the general political pulse of the broader veteran community. While there’s undoubtedly been a small, if significant, recent rise in soldier and veteran dissent, only a modest portion is purely anti-Trump. Neither are most motivated by disgust with the president’s militarized response to post-George Floyd street protests.

The Donald remains far more popular with rank-and-file military and veteran households than it’s elegant to admit. That’s the world as it is, no matter how disturbing to polite liberals — who are too often culturally and geographically out-of-touch with actual soldiers. In fact, there’s both empirical and anecdotal evidence that what drives most veteran dissent is exasperation with repeated, indecisive deployments — and an instinctual sense only corrupt Washingtonian elites profit from them.

Like it or not, this isn’t your father’s Vietnam-era, draftee army. Few of these war-skeptical vets are ready to rock peace-buttons or cut the sleeves off camo-fatigues for a protest. In fact, though I’ve argued against trusting Trump’s promises, many of these combat vets vaguely support the president because of  his occasional anti-war rhetoric. Plenty actually prefer him to Joe Biden when it comes to ending forever wars.

Then there’s the instructive anecdotal. Next weekend, I’ll speak beside the grave of legendary antiwar convert Marine General Smedley Butler in West Chester, Pennsylvania. The occasion is the 19th anniversary of America’s longest-ever Afghan War.

The event was organized, and I was invited, by BringOurTroopsHome, a group of veterans “dedicated to ending American involvement in endless wars in the Middle East,” and “requiring a formal Declaration of War by Congress — as mandated by…the Constitution — before U.S. military forces may be legitimately deployed.” Much of the organization’s early energy and manpower derived from the Mountain West and conservative, vaguely Republican, principles.

Most of its members aren’t even faintly anti-Trump. Their “Our Mission” website tab quotes Donald Trump and Vice President Mike Pence (but also Tulsi Gabbard). I know top leaders well, and we respectfully disagree on many  issues (including Trump’s persona and policies). But it’s hard to argue with their core sentiment. I mean they put out press releases decrying Rep. Liz Cheney (D-Wyo.) as a “Chickenhawk”

Besides, the odds are so stacked towards militarism that libertarian-progressive anti-war alliances feel prudent. However significant their  differences with progressives may be, these budding antiwar libertarians and populist conservatives are a far cry from the Republican Tom Cottons and Democratic Jason Crows supposedly representing veteran-interests.

In the end, the American people shouldn’t expect salvation from militarism or Trumpism from the current crop of congressional combat veterans. That’s always been a pipe-dream. When I was serving, it was common for cynical junior officers to quip about their seniors receiving “field grade lobotomies” — in other words, losing common sense and the pulse of their soldiers once promoted to major (the first “field grade” officer rank).

Given the absurd gulf between hawkish Hill-dwelling veterans and their brethren back on Main Street, perhaps we should speak of congressional lobotomies.

This article is from Responsible Statecraft.