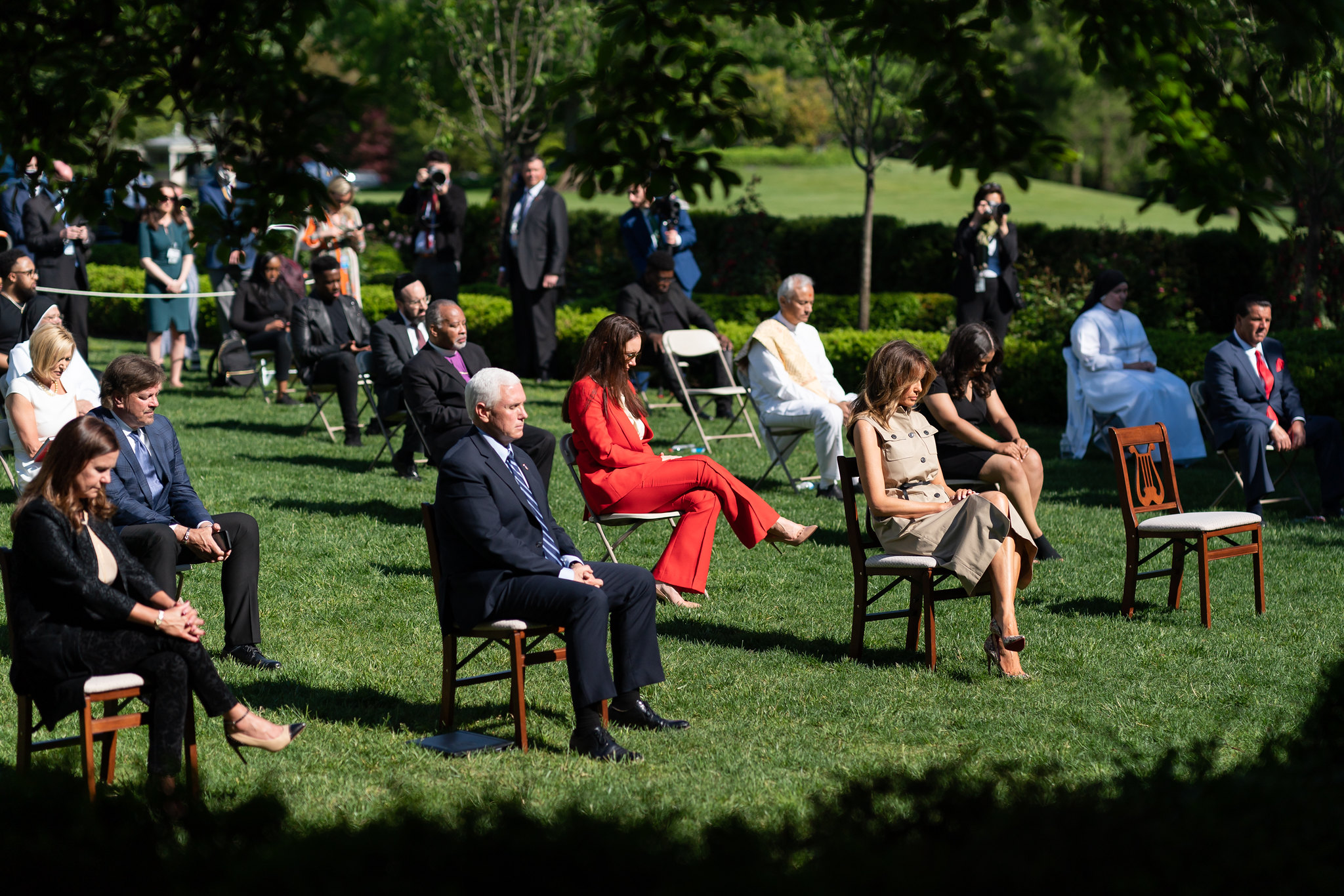 If President Donald Trump dies from the coronavirus that has killed more than 200,000 Americans largely due to his deliberate negligence, the man replacing him would be no less dangerous.

While Mike Pence has eluded tough media scrutiny — in part because he exhibits such a low-key style in contrast to Trump — the pair has been a good fit for an administration that exemplifies the partnership of religious fundamentalism and corporate power.

The vice president, a former Indiana talk-show host who went on to become a six-term congressman and then governor, has described himself as “a Christian, a conservative, and a Republican, in that order.” But he remains at cross-purposes with the biblical admonition (Matthew 6:24) that “you cannot serve both God and money.” Whether Pence has truly served God is a subjective matter, but his massive service to money — big money — is incontrovertible.

Pence ranks high as a Christian soldier marching in lockstep with Trump on all major policy issues, a process that routinely puts business interests ahead of human lives. Whatever his personal piety might be, the results of Pence’s fidelity to right-wing agendas have further consolidated a de facto coalition of those seeking ever-lower taxes on wealth and corporations; denial of LGBTQ rights; a ban on abortion and severe restrictions on other reproductive rights; votersuppression and barriers to voting by people of color; obstruction of healthcare for low-income people; and on and on.

Pence embodies the political alliance of very conservative evangelical forces with anti-regulatory forces of corporatism. In the arenas of elections and governance, that coalition is the present-day Republican Party, dedicated to imposing the edicts of religious dogma, rolling back democratic reforms and serving the rich at the expense of everyone else.

“As vice president, Mike Pence is doing everything in his power to control people’s bodies,” the Planned Parenthood Action Fund declares. Meanwhile, those who are inclined toward racism or outright believers in white supremacy are bolstered. And Wall Street has never had a better friend in Washington. 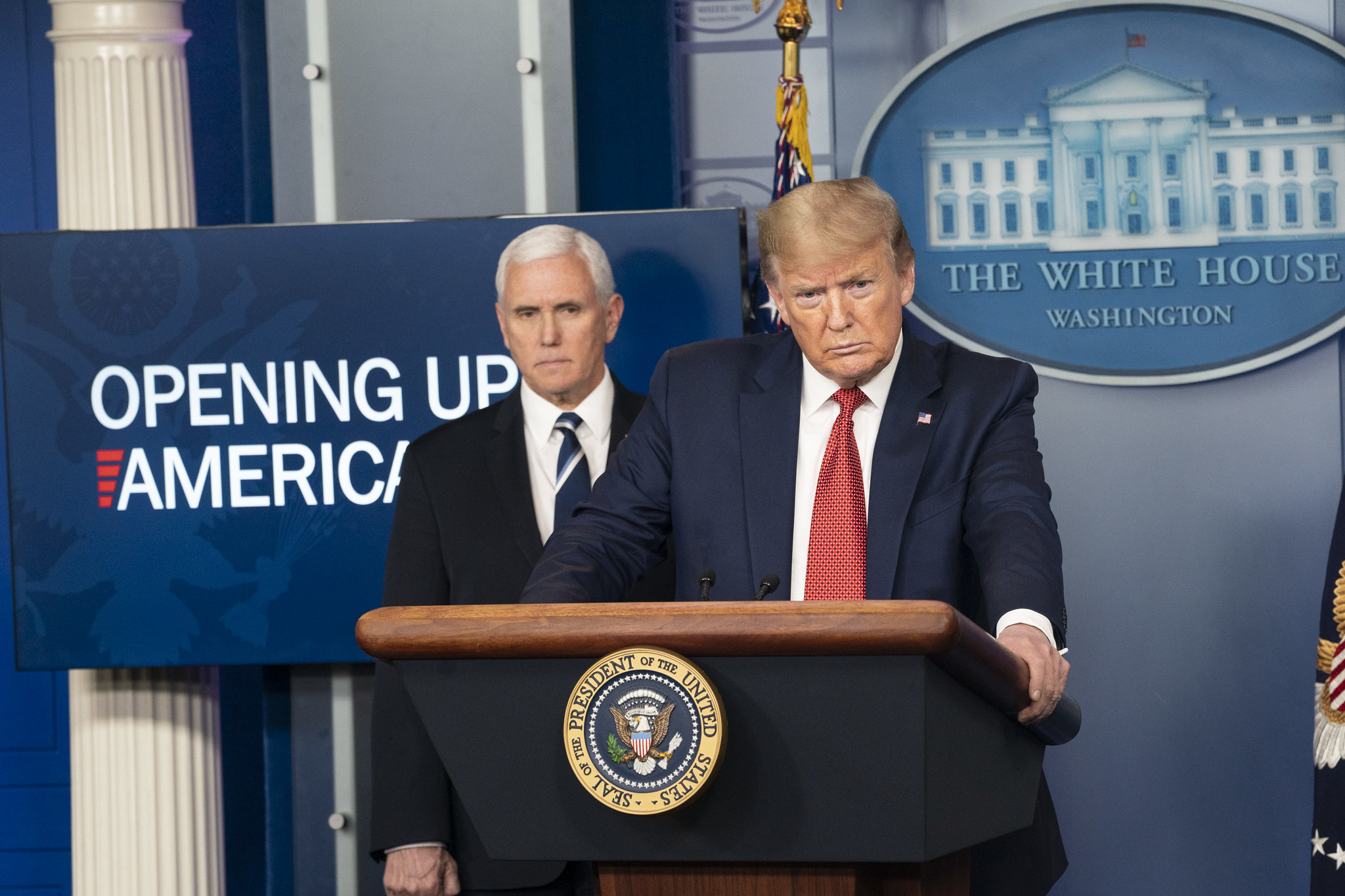 Pence’s most consequential role during 44 months as vice president has been as chair of the White House Coronavirus Task Force. Since late February, he has functioned — in effect — as Trump’s willing executioner, standing by and blowing smoke while Trump obfuscated and lied as the death toll kept mounting.

“The truth is that we’ve made great progress over the past four months,” Pence proclaimed in a mid-June statement, “and it’s a testament to the leadership of President Trump.” Pence charged that “the media has taken to sounding the alarm bells over a ‘second wave’ of coronavirus infections” — but “such panic is overblown.”

To underscore his full devotion to Lord Trump’s downplaying of the virus, the vice president concluded with a blame-the-messenger flourish: “The truth is, whatever the media says, our whole-of-America approach has been a success. We’ve slowed the spread, we’ve cared for the most vulnerable, we’ve saved lives, and we’ve created a solid foundation for whatever challenges we may face in the future. That’s a cause for celebration, not the media’s fear mongering.”

Pence’s June 16 statement made its way into TheWall Street Journal as a prominent op-ed piece whistling past Covid graveyards. “It was so clearly wrong back then and has turned out to be so clearly wrong since that I hope there’s some part of him that’s embarrassed,” Ashish Jha, the head of the Harvard Global Health Institute, said in late summer. “I had already been seeing data for a good week that things were really heading in the wrong direction.” TheWashington Posteditorial board immediately responded with a denunciation under the headline “Mike Pence Is a Case Study in Irresponsibility.”

No one with any discernment would associate Trump with religiosity because he held up a Bible at a photo op. But the other half of the ticket is a very different matter. Days after the November 2016 election, Jeremy Scahill wrote that Trump is “a Trojan horse for a cabal of vicious zealots who have long craved an extremist Christian theocracy, and Pence is one of its most prized warriors.”

Scahill quoted an author of books on far-right fundamentalism, Jeff Sharlet, who said that “when they speak of business, they’re speaking not of something separate from God, but they’re speaking of what, in Mike Pence’s circles, would be called biblical capitalism, the idea that this economic system is God-ordained.”

What does all this mean for progressives? The case of Mike Pence should be an ongoing urgent reminder that — as toxic and truly evil as Donald Trump is — the current president is a product and poisonous symptom of an inherently unjust and anti-democratic status quo.

Instead of focusing our rage on the persona of one destructive leader, we should remember that corporate domination provides an endless supply of destructive leaders. While they come and go, the system of corporate power remains — and we must replace that system with genuine democracy.

Norman Solomon is the national director of RootsAction.org and the author of many books including War Made Easy: How Presidents and Pundits Keep Spinning Us to Death. He was a Bernie Sanders delegate from California for the 2020 Democratic National Convention.

3 comments for “The Man Who Could Be President: Mike Pence, Corporate Theocrat”