The authors say could any process of municipal restoration, boosting mobility and redressing inequity could take a page from history.

American cities represent part of the nation’s long and grim history of discrimination and oppression against Black people. They can also be part of the recovery from all that harm.

Some cities’ work can be symbolically important, such as removing public monuments that honor oppression. But as professors of urban sustainability and community development at Arizona State University, we see that cities can do much more to address inequality, starting with an area that was key to past discrimination: how land is used.

Zoning rules, including requirements that prohibit duplexes or anything other than single-family homes on residential lots, have helped maintain class and racial segregation. Lending practices like redlining that discriminate mostly against people of color in specific urban neighborhoods have entrenched poverty and inequality in U.S. cities.

Some calls to resolve these inequalities have raised an idea with century-old roots: community land trusts to assemble land for the benefit of Black Americans.

Some cities are already looking at ways to promote racial equality. In July, the Asheville, North Carolina, city council unanimously passed a resolution directing the city manager “to boost economic mobility and opportunity in the Black community.”

Also in July, the mayor of Providence, Rhode Island, issued an executive order “committing the City to a process of truth, reconciliation and municipal reparations for Black, Indigenous (Indian) People, and People of Color in Providence.”

To carry out these lofty goals, they could take a page from history.

A New Kind of Land Ownership

In the 1960s, civil rights organizers recognized that denying property rights was a key method of reinforcing white supremacy in the U.S., blocking people from putting down roots in a community, limiting their political power as well as wealth.

They devised a system called a “community land trust” as a way for African American farmers to work rural land for their own benefit. This was in stark contrast to the sharecropping system prevalent after the Civil War, where black families would rent small plots of land, or shares, to work themselves and in return give a portion of their crop to the landowner at the end of the year.

The first community land trust in rural Georgia in 1970 was established on land purchased by a small group of individuals with some federal grant assistance and became the largest single piece of land in the country owned by African Americans, who got to keep all the proceeds from their labor. Although the trust, New Communities Inc., was beset by drought and discrimination from the start and was forced to close by the late 1980s, it helped inspire people to create similar organizations across the country.

Community land trusts today are more often focused on housing. They are community-run, nonprofit landholding organizations that aim to help low-income buyers obtain homes. Trust land can be purchased or donated. The model allows community ownership of the land with individual ownership of houses.

With this model, a buyer can get into a home for less money than elsewhere in the local market, because they aren’t paying for the land – just the building. This makes homes more affordable, especially for low-income families who often can get down-payment assistance and low-interest mortgages from the trust as well.

The residents, who become members of the trust, elect board members to govern the organization and guide its development and investments to meet community needs and priorities.

Community land trusts are a form of permanently affordable housing based on shared equity. The trust retains ownership of the land and maintains it for the benefit of homeowners present and future and the community as a whole. The homeowner leases the land but owns the building and pays for improvements.

The land lease sets out terms for any future sale of the property, letting the homeowner build equity through appreciation in value, while ensuring the home remains affordable for future limited-income buyers. This sort of shared-equity model may not appeal to people who can afford open-market housing. But for those otherwise priced out of the housing market, it is an opportunity to build equity and wealth, and establish credit and financial stability.

These trusts also serve renters by providing long-term leases with limits on rent prices, as well as by investing in housing in communities where others won’t. They also can give a more formal voice to tenants, who otherwise are often ignored by local officials. 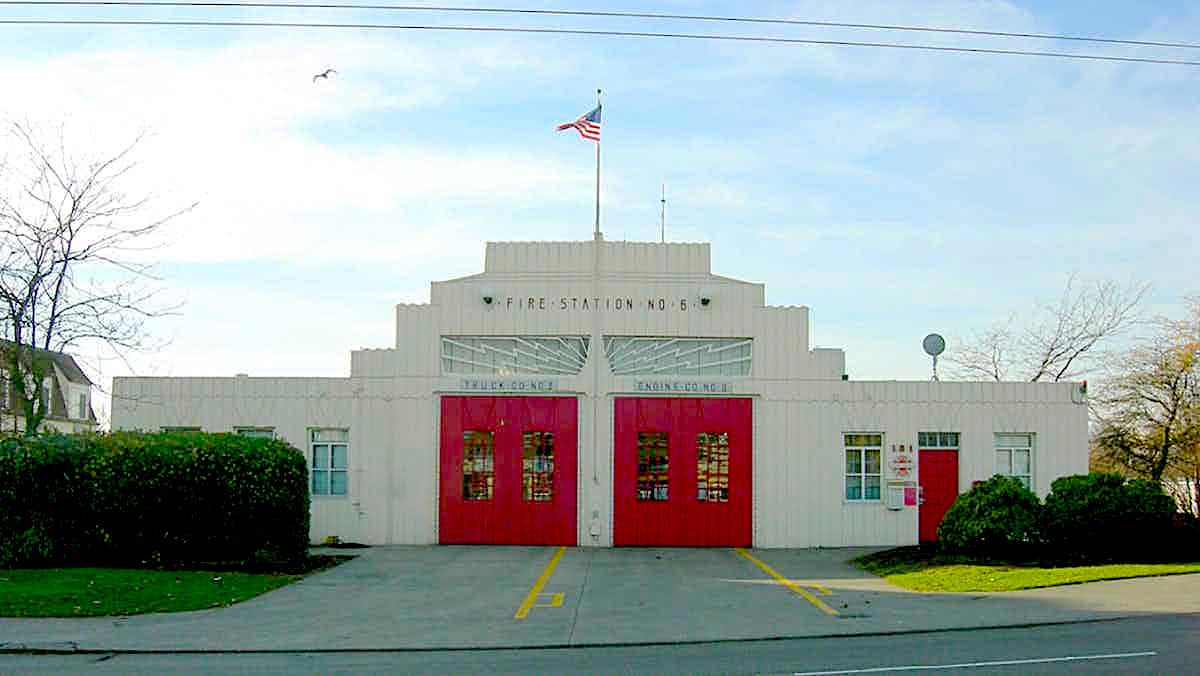 This decommissioned fire station in central Seattle is slated to be turned over to a community land trust to benefit people of African descent in the area. (Joe Mabel/City of Seattle)

History of Working Together

Local governments have formed several kinds of partnerships with community land trusts. In June, the city of Seattle announced it would transfer a decommissioned fire station to the Africatown Community Land Trust, saying “we understand the urgency behind making bold investments in the Black community and increasing community ownership of land.” Community members hope the site will play a key role in a city development plan that highlights Black entrepreneurs. It’s one of several proposals in the region for Black-led community organizations to acquire underutilized public property.

Partnerships between cities and community land trusts are a promising way to provide affordable housing and help low-income and minority families. As cities reflect on their roles in perpetuating institutional racism and what they can do to relieve it, they can use their zoning laws and negotiating power to support community land trusts, as one way to keep housing affordable and benefit minority communities.