Consortium News is virtually “inside” the courtroom at Old Bailey, viewing the proceedings by video-link and has filed this report on Day Fourteen of Julian Assange’s resumed extradition hearing. 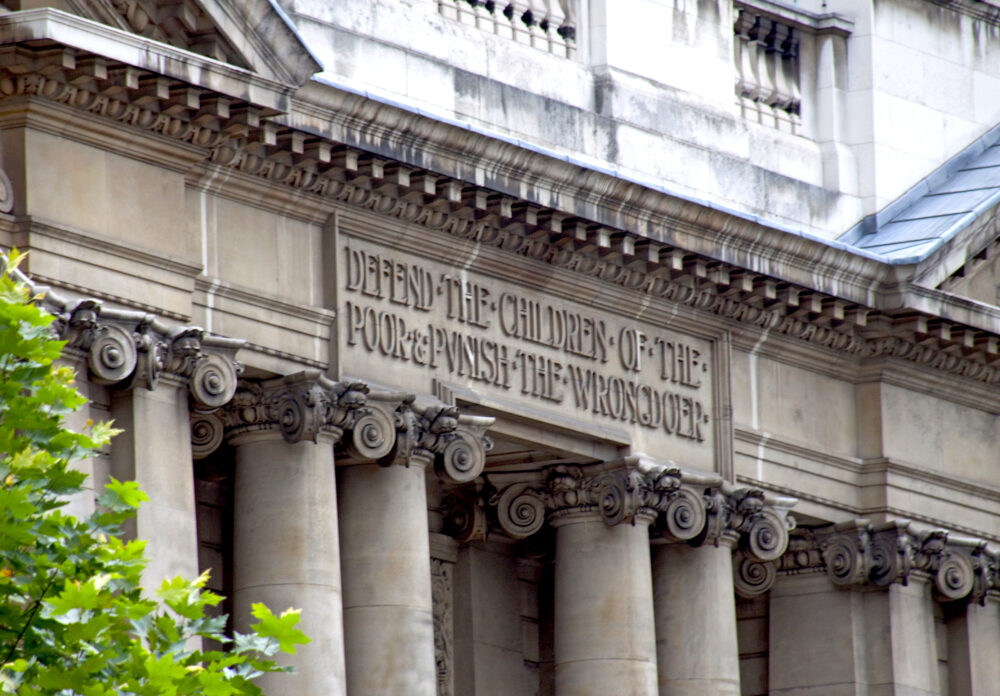 5:49 am EDT:  Judge Vanessa Baraitser has granted the defense four weeks to prepare its closing argument, saying that her decision would come after the Nov. 4 U.S. election one way or the other. She had been previously reluctant to give more than a week to the defense.

Baraitser set the date of final arguments for Nov. 16.  Fitzgerald had told the judge that:

“It seems unlikely for you to make a judgement before Nov. 3 and you would have to bear in mind that the future is uncertain. Much of what we say about Trump is because this proceeding was initiated by Trump,….and some elements of the case would be worse if Trump were there [re-elected].”

Baraitser had raised the issue of the election and how it might impact the hearing. She said: “That’s one of the factors going into my decision.”

“I agree that one way or the other my decision will come after an election in the United States. For that reason I find no reason not to give you the four weeks,” she said.

Baraitser said she could not yet set a judgement day. “That means for your client there will be no decision until the new year, if he appreciates that.”

Reacting to her decision, Kristinn Hrafnsson, editor-in-chief of WikiLeaks, said: “District Judge Vanessa Baraitser has acknowledged what has been clear since even before the first indictment against Julian Assange was unsealed — that this is a politically motivated prosecution.”

5:28 am EDT: Defense attorney Mark Summers asked Judge Vanessa Baraitser to give defense witness Patrick Eller, chief executive of Metadata Forensics, an hour to read a prosecution bundle of statements sent to the defense at 11:30 pm on Thursday night.

Summers said that Eller’s written testimony was submitted nine months ago. Summers said it has two propositions: “that the alleged passcode hash conspiracy was impossible, but even if it were possible, it had no utility to what is attributed to it.”

Summers said that U.S. Assistant Attorney Gordon Kromberg replied in his affidavit initially only to Eller’s first proposition, and only late at night on Thursday to the second.

Summers appealed for an hour for Eller to read the prosecution’s last minute submissions and Baraitser granted it.

8:00 am EDT: Baraitser has refused two defense witness statements that Fitzgerald proposed as providing “the other side of the coin” to Kromberg’s affidavit regarding the condition of U.S. prisons, specifically the Alexandria Detention Center, where Assange would be held pre-trial and during the trial, as well as ADX Florence in Colorado where he would likely go if convicted.  Kromberg, who maintains there’s no solitary confinement at the ADC, has refused to make himself available for cross examination.

Baraitser ruled against in the interests of time, she said. She said enough countervailing testimony from defense psychiatrists about U.S. prions had been heard.

10:28 am EDT: Testimony with Patrick Eller was highly complex and inaccessible to the less than computer literate. The essence of the debate between the sides appeared to be whether Chelsea Manning needed a password to access classified material and to download music videos.

Eller said Manning wouldn’t have had to use a password to remove classified files from a government computer to her own and send them to WikiLeaks because she used a Linux CD to boot her computer, permitting her to bypass Windows security features.

Lewis on cross examination tried to demonstrate that Assange could help Manning crack the password because of a vulnerability that Microsoft discovered. Lewis was leaving the impression, contrary to what Eller had testified, that the password had to be cracked to obtain the classified documents.  But the indictment against Assange stated clearly that Manning had legal access to all classified matter up to Secret.

Eller came back at Lewis explaining that on the same day Microsoft released a patch that fixed the vulnerability and made it “infeasible” to hack a password. Stunned, Lewis said that Assange has “boasted” that he was an expert hacker and could crack the password despite the patch. Eller said it was possible, but withdrew that statement on re-direct.

At one point Lewis asked Eller how he knew for sure, having not seen the government’s evidence, that Assange had not helped Manning crack the hash passcode.

“I understand you said in examination that as a fact the password had not been cracked. How do you know that?” Lewis said.

“Based on the conversation [on jabber between Assange and Manning] I found no evidence,” Eller said.

But the indictment against Assange itself says the Manning and Assange failed to crack the password.

The U.S. extradition request also makes clear that “prior to the formation of the password-cracking agreement, Manning had already provided WikiLeaks with hundreds of thousands of documents classified up to the SECRET level that she downloaded from departments and agencies of the United States, including the Afghanistan war-related significant activity reports and Iraq war-related significant activity reports.”

It’s not clear how much of the dense, technical detail Baraitser was able to understand, especially as Summers failed to lay out in laymen’s terms what he was trying to establish.

During the first week of the hearing in February, the defense clearly stated that Assange was trying to help Manning crack a password so that she could hide her identity when downloading unauthorized music and video games, a point that Summers did not clearly make on Friday.

10:21 am EDT: Court has recessed early for the day.  The hearing resumes on Monday.

← ASSANGE EXTRADITION: Craig Murray: Your Man in the Public Gallery: Assange Hearing—Day 13
The Exploitative System that Traps Nigerian Women as Slaves in Lebanon →