Many people ask how can Julian Assange, an Australian who’s never operated in the U.S., be prosecuted under the U.S. Espionage Act. Here is the answer.

If the original 1917 Espionage Act were still in force, the U.S. government could not have charged WikiLeaks publisher Julian Assange under it. The 1917 language of the Act restricted the territory where it could be applied to the United States, its possessions and international waters: 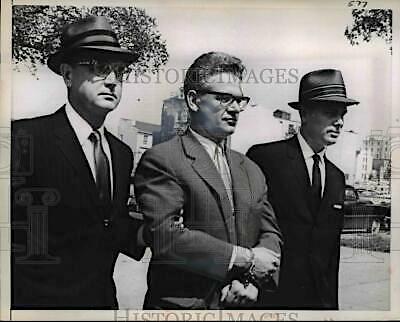 WikiLeaks publishing operations have never occurred in any of these places. But in 1961 Congressman Richard Poff, after several tries, was able to get the Senate t0 repeal Section 791 that restricted the Act to “within the jurisdiction of the United States, on the high seas, and within the United States.”

Poff was motivated by the case of Irvin Chambers Scarbeck, a State Department official who was convicted of passing classified information to the Polish government during the Cold War under a different statute, the controversial 1950 Subversive Activities Control Act, or McCarran Act.

(Congress overrode a veto by President Harry Truman of the McCarran Act. He called the Act  “the greatest danger to freedom of speech, press, and assembly since the Alien and Sedition Laws of 1798,” a “mockery of the Bill of Rights” and a “long step toward totalitarianism.” Most of its provisions have been repealed.) 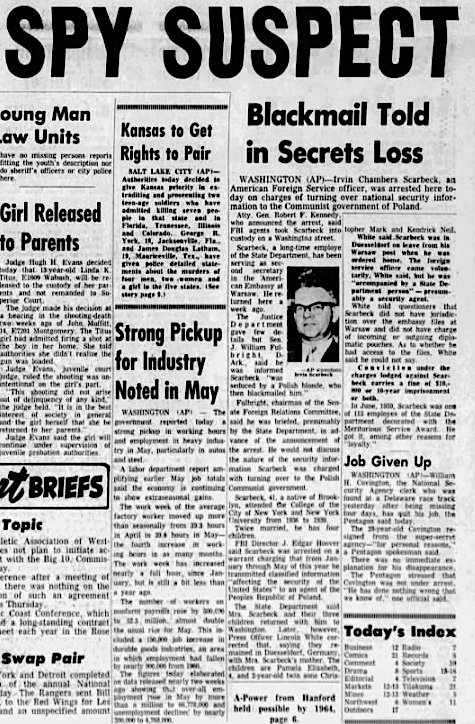 Polish security agents had burst into a bedroom in 1959 to photograph Scarbeck in bed with a woman who was not his wife. Showing him the photos, the Polish agents blackmailed Scarbeck:  turn over classified documents from the U.S. embassy or the photos would be published and his life ruined. Adultery was seen differently in that era.

Scarbeck then removed the documents from the embassy, which is U.S. territory covered by the Espionage Act, and turned them over to the agents on Polish territory, which at the time was not.

Scarbeck was found out, fired, and convicted, but he could not be prosecuted under the Espionage Act because of its then territorial limitations. That set Congressman Poff off on a one-man campaign to extend the reach of the Espionage Act to the entire globe. After three votes the amendment was passed.

34 comments for “Why Julian Assange, a Non-US Citizen, Operating Outside the US, Is Being Prosecuted Under the US Espionage Act”