Julian Assange was also warned by Judge Baraitser that he would be removed if he makes another outburst. U.S. crimes abroad and at home on display. 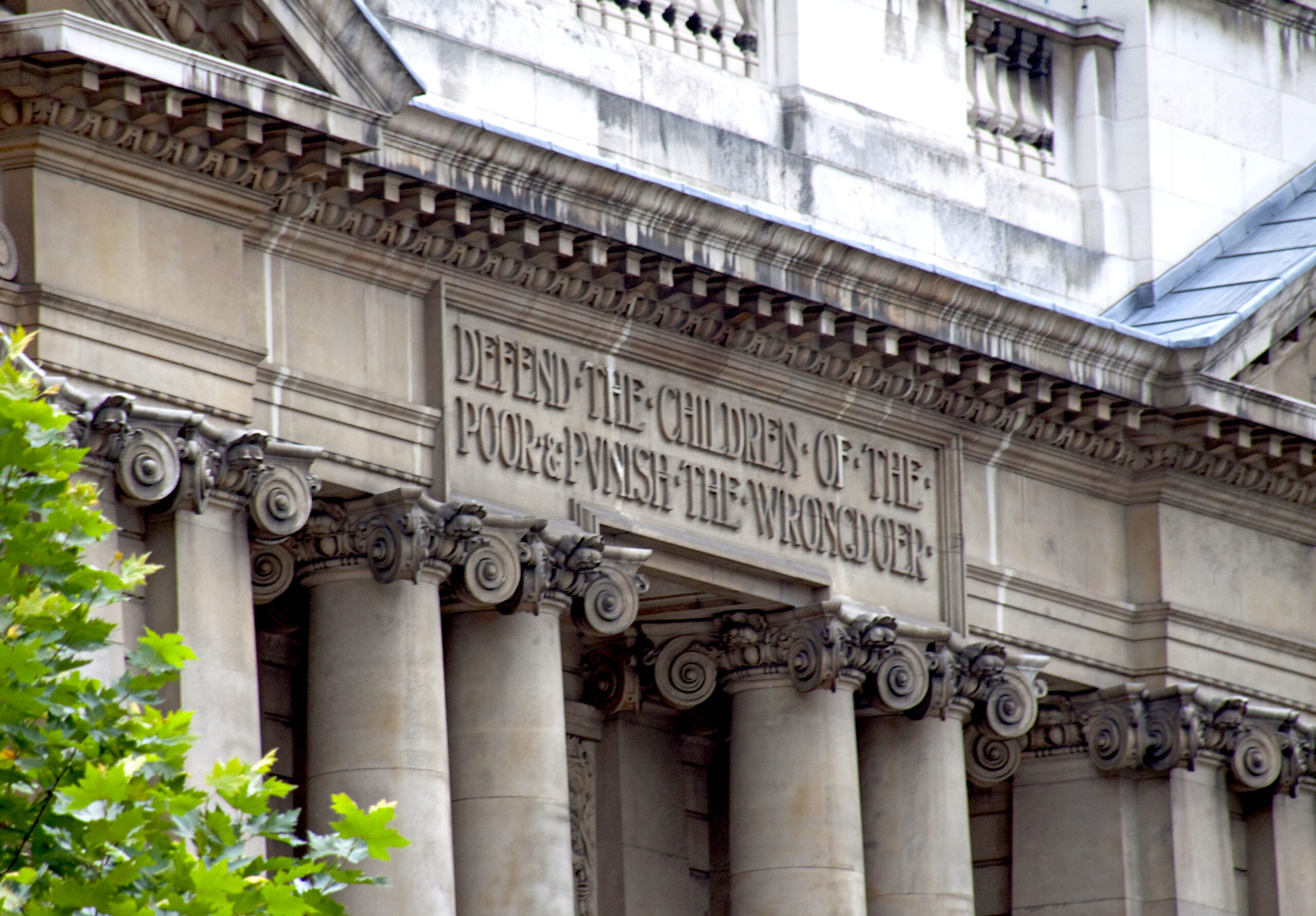 2:50 pm EDT: Day 2 of Assange’s substantial hearing has ended. Consortium News followed every moment of the hearing that went about 20 minutes over time via a video-link from Old Bailey.

The prosecution tried to narrow the Espionage Act charges down to only classified documents that mentioned the names of informants, a gambit shot down by the defense when it quoted directly from the indictment proving otherwise.

Before the defense got the chance, Julian Assange shouted from his glass cage at the back of the court that it was “nonsense” to suggest he wasn’t being prosecuted for all the classified material he published. That brought a firm warning from Magistrate Vanessa Baraitser that he would be removed from the court if he did it again.

The informants theme is one we can expect the government to continue harping on for the duration of this hearing, as they have very little else go on.  James Lewis QC for the prosecution quoted from a book that alleges Assange said informants deserved to die, an assertion that has been denied by a German editor present. He is to testify next week.

The other line of attack from the prosecution is that Assange “conspired” with Chelsea Manning to “hack” a government computer to obtain classified documents. In the afternoon, the continuation of Prof. Mark Feldstein continued from Monday.

Under direct examination Feldstein made a spirited defense of Assange’s activities as being routine for journalists. The government, he said, “paints journalistic activities in a nefarious light.” He said it is “standard to ask sources for evidence and documents to back up what they say and working with them to find documents, making suggestions to what they should look for. It’s all routine.”

Feldstein also told defense attorney Mark Summers that no publisher had ever been prosecuted before for publishing, but that former presidents had tried.  He told the story of Richard Nixon who wanted to prosecute columnist Jack Anderson but was told by his attorney he could not because it would violate the First Amendment.

So Nixon then hatched plans with a former CIA agent to send a false story on White House letterhead hoping he’d publish it then be exposed, but Anderson checked it out and didn’t use it, unlike many of today’s journalists who run with government hand outs.

So Nixon then tried to kill Anderson, but all the plots were foiled: poisoning his aspirins , trying to crash a car into him or stabbing him to make it look like a mugging. All this, but Nixon did not prosecute Anderson for publishing.

It was chilling testimony in a British court that added to earlier testimony about U.S. war crimes.

But on cross examination Feldstein fell apart. He allowed himself to be bullied by Lewis. It this were a prize fight, the referee would have ended it.

Instead Lewis took advantage of his prey, asking legal questions he knew Feldstein was not equipped to handle. He badgered him about why the grand jury on Assange continued, even though Feldstein testified that the Obama administration decided not to prosecute because it would run up against the First Amendment.

Lewis then bored into a completely flustered Feldstein about how he could call the Assange prosecution political when he could not prove an order came from the White House. But attorneys general and CIA directors can exert political pressure. Lewis also adopted a very narrow definition of politic, excluding that getting Assange was to preserve U.S. foreign policy from exposure as well as maintaining the political reputations of U.S. officials.

When Baraitser announced that court was adjourned a broad smile lit up Feldstein’s face. His ordeal was over.

8:30 am EDT: Court is in lunch break. Morning session ended with re-direct of defense witness Smith. Consortium News is following every moment of the extradition trial via a video-link to Old Bailey.

Prosecution had tried to establish on cross that Assange is not being charged with publishing classified information, but only publishing names of informants, which happened to be in classified documents.

There is no specific U.S. statute against revealing informants names, as there is regarding the names of covert government agents, as readers will recall in the Valerie Plame case.  But James Lewis QC for the prosecution argued that informant names are national defense information and thus protected by the Espionage Act.

This is a sleight of hand and speaks to the public relations nature of the U.S. case. Lewis on the one hand argues Assange is not being charged with publishing, but only with publishing documents with informants’ names. That is an appeal to First Amendment concerns. But that is still a charge of publishing classified information, even if restricted to those with informant names.

The U.S. appeal to the public is to depict Assange as an ogre who doesn’t care for human life, while at the same time portraying the United States as being concerned for a free press.

Lewis read from the book by David Leigh and Luke Harding, Wikileaks: Inside Julian Assange’s War on Secrecy, in which the authors say that Assange was unconcerned about revealing the names of informants, and quotes from a dinner in which Assange was alleged to have said that informants deserved it, if they were killed.

Lewis asked the defense witness Smith if he agreed with Leigh about this or with Assange?  It was a below-the-belt question. Smith said there was 200 years of law to protect defendants from hearsay. Smith then returned to a point he repeatedly made that Lewis, as a British lawyer, didn’t know how U.S. trials are conducted the way Smith, an American lawyer, does.

Smith said it doesn’t matter what’s in an indictment, because other evidence is routinely introduced at American trials.

But Mark Summers, QC for the defense, went a step further, reading directly from the espionage indictment of Assange, which clearly shows that he is being charged on more than just the documents containing informant names. Instead he is charged with with conspiring to “obtain documents, writings, and notes connected with the national defense,” including  “U.S. State Department cables, and Iraq rules of engagement files classified up to the SECRET level … with reason to believe that the information was to be used to the injury of the United States or the advantage of any foreign nation.”

Lewis objected that Summers wasn’t reading it correctly, so Summers repeated by sarcastically reading it out with the punctuation marks.

On re-direct, Summers also asked Smith if he was familiar with the role Leigh and Harding played in revealing the password in their book to the entire archive of Afghan documents that contained the un-redacted names of informants.

Summers than also asked if Smith was familiar with fabricated stories by Harding (presumably one about Paul Manafort visiting Assange) when Judge Baraitser cut him off.  Summers pointed out that it was the prosecution that raised the book, but he gave way to the judge.

Summers didn’t get to say that the book’s release of the password to the encrypted file (that governments could unencrypt) is what really put informants in danger, and that WikiLeaks only then released the entire unencrypted archive so that informants would know to protect themselves.

On the witness list for the defense next Wednesday is John Goetz of Der Spiegel who was at that dinner, and previously was quoted as denying that Assange ever made that remark.  Not on the list, though he offered to testify, is Australian journalist Mark Davis who was with Assange in the bunker at The Guardian putting out the Afghan files. Davis has said publicly that Assange worked to redact names, while Guardian editors did not care.

Earlier under direct examination from Summers, a litany of U.S. war crimes, torture and assassination programs revealed by WikiLeaks were discussed in open court in Britain, one of America’s most staunch allies.  It was an extraordinary moment, with U.S. officials sitting there listening behind their British lawyers.  One them, Lewis, on cross, tried to dismiss it by saying that Assange wasn’t be charged for releasing any of the documents that revealed the crimes Smith was referring to and that they were irrelevant to the case.

It was at that point that Assange cried out, “This is nonsense,” that the prosecution was wrong because he’s being charged for receiving and publishing all the documents.

6:30 am EDT:  Five minute pause as Assange spoke out in court spontaneously. Difficult to make out what he said but he seemed to be objecting to being represented by proxy and not being allowed to speak. Judge Vanessa Baraitser angrily said she had several options, but only named one:  that he speak to his lawyers.

Baraitser returned from the break with a stern warning to Assange not to interrupt proceedings again or he would be excluded from court.

The outburst and brief pause came as James Lewis QC for the prosecution was in an argument with defense witness Clive Stafford Smith, who was not accepting Lewis’ argument that Assange had not been charged with publishing classified documents, but only of revealing informants names in classified documents that he published.  Smith, an American lawyer, said that in American trials other evidence can be brought that is not in an indictment.

Under direct examination, defense attorney Mark Summers was extracting from Smith how much he relied on WikiLeaks documents to defend his clients in Guantanamo.  Smith said WikiLeaks was crucial to preparing various defenses.  In a sense U.S. conduct abroad was being put in the dock as Smith was asked to detail assassination programs and torture that the WikiLeaks documents revealed.

Lewis opened cross by telling Smith that Assange was not being prosecuted for any of the WikiLeaks publications mentioned in Smith’s oral and written testimonies.

5:35 am EDT:  Court is in session. Assange lawyers ask for starting everyday at 10:30 am in order for them to confer with Assange.  Attorney Clive Stafford Smith is called as a defense witness, ending Prof. Feldstein’s testimony.

The second day of the resumption of Assange’s substantive extradition hearing will resume at 10:00 am BST, 5 am EDT in London.  On the schedule is the continuation of the defense testimony of journalism professor Mark Feldstein, followed by journalist Patrick Cockburn and concluding with Pentagon Papers whistleblower Daniel Ellsberg.

Court opening has been delayed 30 minutes so that Assange’s lawyers can confer with their client.

31 comments for “DAY TWO OF ASSANGE HEARING: US Tries to Narrow its Espionage Charge to Only Naming Informants; Defense Witness Crumbles Under Cross Examination”