Old Bailey, built on the site of a medieval prison, has been the scene of numerous high-profile cases since the 17th century. Assange’s historic case will add to its legacy. 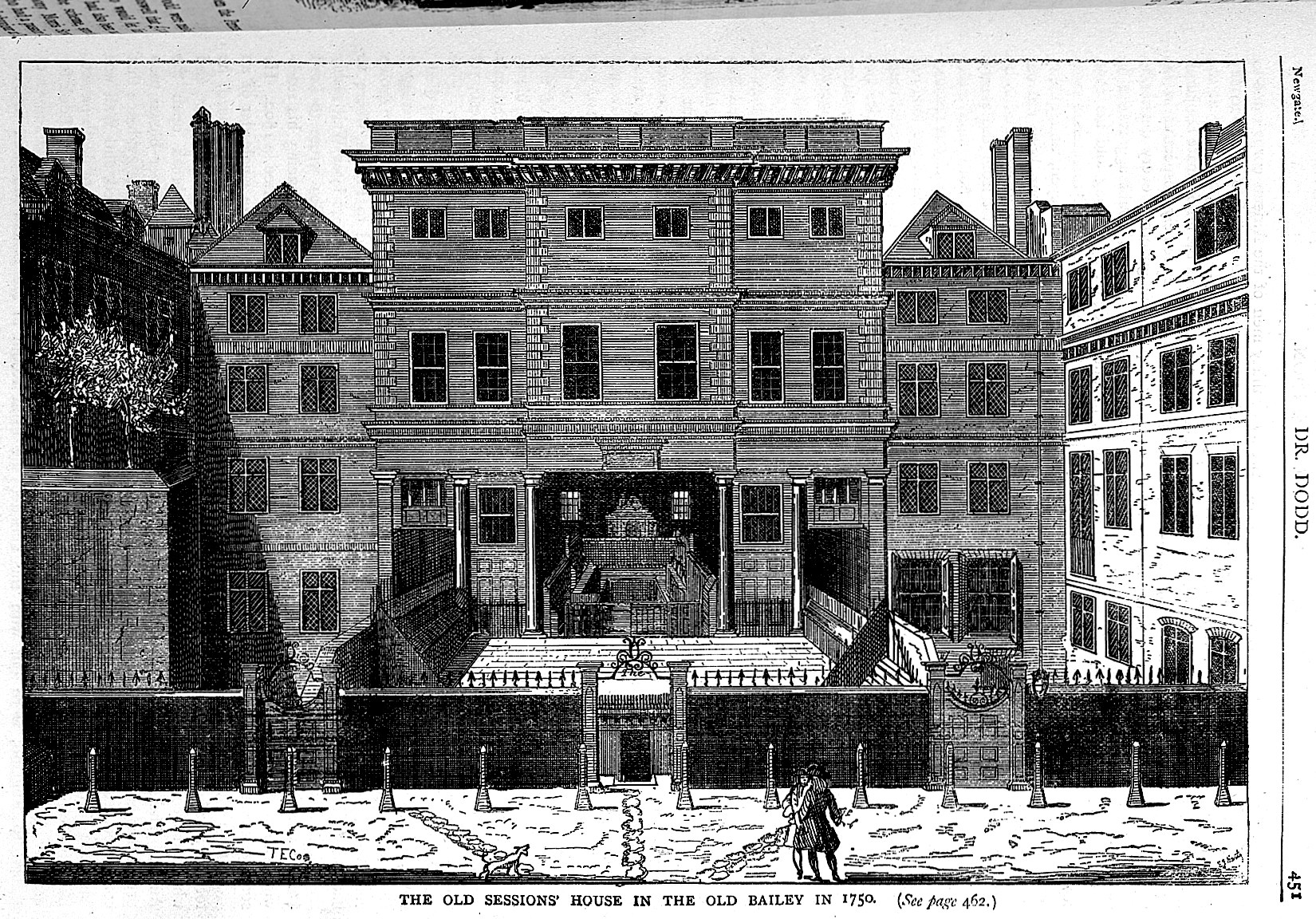 The court building where imprisoned WikiLeaks publisher Julian Assange will be tried on an extradition request from the United States beginning on Monday occupies a site where a court has stood since at least 1585 and on a street where the old London city wall, or “bailey,” once stood.

Though the three-to-four week hearing will be viewed by only a handful of accredited press inside the court, journalists around the world have been promised an online, live stream of the daily proceedings.

That is a far cry from the early technology of the court. Before gas lights were installed in early 1800s, a mirror was placed above defendants to reflect sunlight from the windows onto their faces to allow judge and jury to study their reactions. A wooden soundboard was placed above the accused to amplify his or her voice.

The first court on the site was mentioned in 1585, standing on the grounds of Newgate Prison in the western end of the City of London. It was destroyed in the Great Fire of 1666 and reconstructed in 1674.  One end of the building was left open to the air to prevent disease.

But in 1734 it was bricked up to shut out the influence of spectators. That led, ironically as the coronavirus has kept reporters and Assange supporters from London, to an outbreak of typhus in 1750 that killed 60 people at the court, including two judges and the Lord Mayor.

More than 100,000 cases were heard from 1734 to 1834, when the building was renamed Central Criminal Court and its jurisdiction was extended beyond London to all of England for major trials. Hangings were a spectacle for the public outside the court building until 1868.

After the 12th century Newgate prison was demolished in 1904, the current court building, where Assange will be tried, was constructed on its site in 1907. 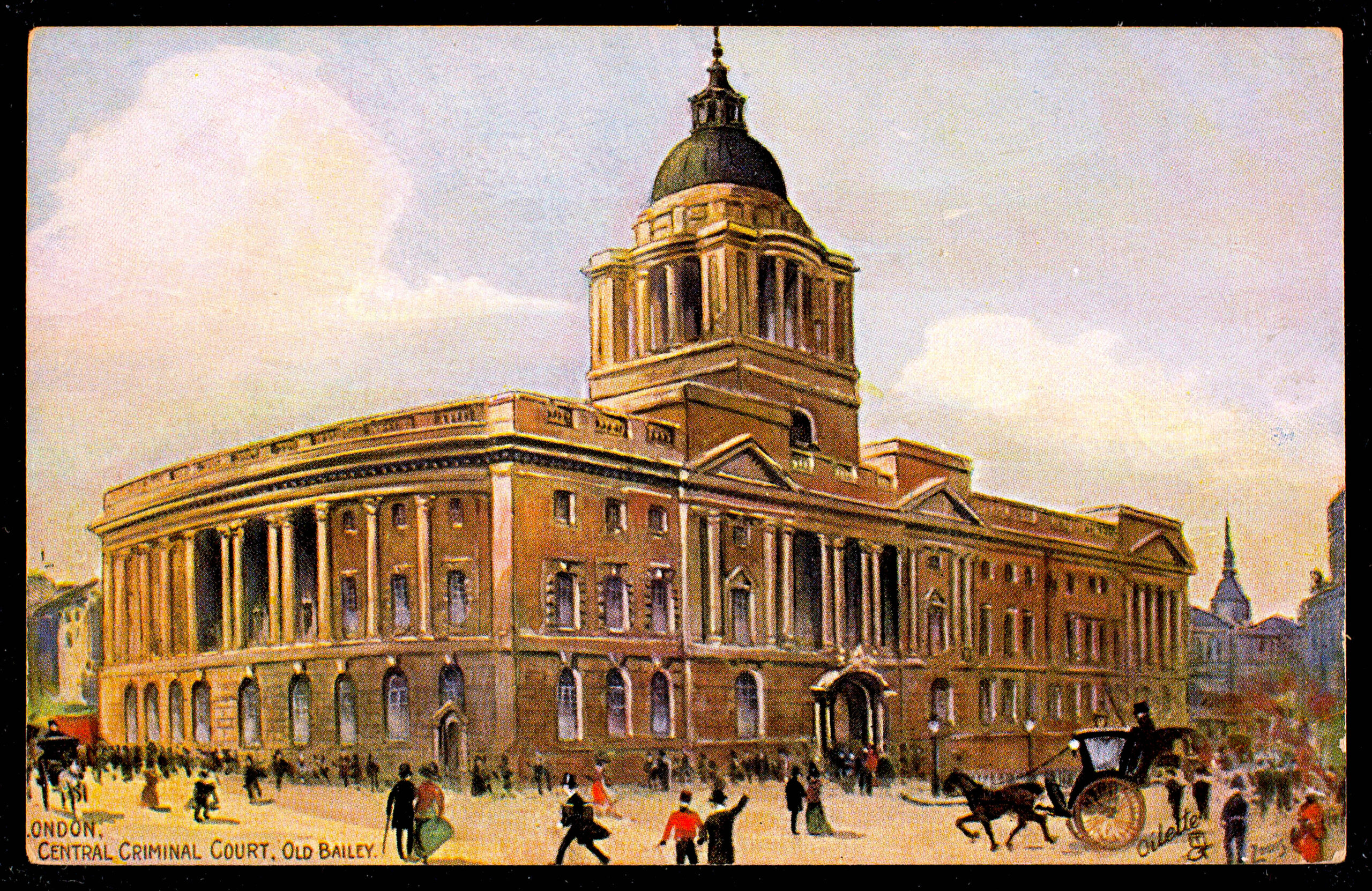 In the basement of the current court building, can be seen remnants of the city wall built in Rome’s Londinium.

During the Nazi Blitz of London, the building was severely damaged. Repairs weren’t completed until 1952, when the Great Hall was reopened. Beneath the dome are paintings depicting scenes from the Blitz.

In 1973 the Irish Republican Army exploded a car bomb outside the court, killing one person and injuring more than 200. A shard of glass from the explosion remains embedded in the building’s facade.

Around the Great Hall are various inscriptions, including “The law of the wise is a fountain of life,” and “The welfare of the people is supreme.” These are sentiments so far nowhere on display in the courtroom of Magistrate Vanessa Baraitser, who is hearing Assange’s extradition case.

Assange will join a long list of historic cases heard at Old Bailey. Dr.Hawley Harvey Crippen was tried and convicted at Old Bailey in 1910 for the murder of his wife, Belle Elmore, a music hall singer. During the trial pieces of his wife’s skin were passed among the jury.

Crippen, an American, was fleeing back to the U.S. after the murder but was recognized on board the ship taking him first to Canada. A telegram from the ship back to London alerted authorities.  Crippen was arrested in Quebec. Canada was still a British dominion. Had Crippen made it to the States he would have had to go through extradition proceedings. He was hanged on Nov. 23, 1910.

In 1968, twins Ronald and Reginald Kray, London mobsters who partied during the Swinging Sixties at their nightclub with Frank Sinatra, Peter Sellers, Jayne Mansfield and Shirley Bassey were tried and convicted of murder at Old Bailey. Ronnie Kay told the judge that if he didn’t have to be in court he’d “probably have been having tea with Judy Garland.”

On May 22, 1981, Peter William Sutcliffe, known as the “Yorkshire Ripper” was convicted at Old Bailey for the murder of 13 women and the attempted murder of seven others.

William Joyce, an Irish fascist, was convicted of treason at Old Bailey in 1945 for broadcasting Nazi propaganda in English from Hamburg during the war. Joyce, nicknamed “Lord Haw-Haw,” was hanged on January 3, 1946.

There have been other treasons cases heard at Old Bailey. While both Joyce’s and Assange’s cases are political, Joyce spread propaganda. Assange has spread news.

Old Bailey in Literature and Film

Charles Dickens, a reporter for the London Daily News, covered Parliament and the courts, and was in regular attendance at trials in Old Bailey between 1829 and 1833.  In A Tale of Two Cities (1859) Dickens spends a chapter on Old Bailey, describing it as a house of horrors that he later contrasts with the place of the guillotine in Paris. In Great Expectations (1861) Dickens tells the story of a trial at the Old Bailey of a counterfeiter that is eerily similar to an actual case that Dickens likely covered.

Several books, stage plays and films were made about the Crippen case, including the 1962 feature film Dr. Crippen staring Donald Pleasence.

Alfred Hitchcock set several scenes from his films in Old Bailey. In The Paradine Case (1947), Criminal Court No. 1 was reconstructed over 85 days at a cost of $80,000 at Selznick Studios in Hollywood.  In Frenzy (1972), trial scenes were filmed on location inside Criminal Court No. 1 on August 7 and 8, 1971.

← WATCH: CN Live! —‘The Media Trial of the Century’
EDITORIAL: A Trial Begins in London →

2 comments for “An Historic Setting for Assange’s Case”