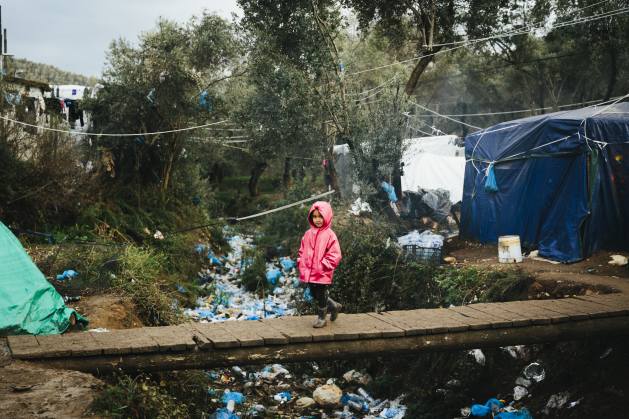 An asylum-seeking girl from Afghanistan on makeshift bridge inside the “Olive Grove,” an improvised camp on the Greek island of Lesvos. (UNHCR/Achilleas Zavallis)

Although the right to seek asylum is recognized nearly universally, governments across the globe are increasingly declaring, “Not Here!”

Those governments view the large and growing numbers of men, women and children seeking asylum in their countries as serious threats to their native populations, ways of life and cultures.

They also believe that most asylum claims are not legitimate or are scams, largely being made by economic migrants, criminals, terrorists, invaders, infiltrators, rapists, free loaders and benefits seekers.

Existing asylum policies and laws, in their view, encourage unauthorized border crossings and permit economic migrants and many others to misuse humanitarian protections to gain employment, assistance and other benefits while their cases are adjudicated, which can take many months.

In the aftermath of World War II with millions forcibly displaced, deported and/or resettled, the right to seek and enjoy in other countries asylum from persecution was established in 1948 by the United Nations in Article 14 of the Universal Declaration of Human Rights. Today virtually all members of the international community of nations have signed on to this historic agreement. 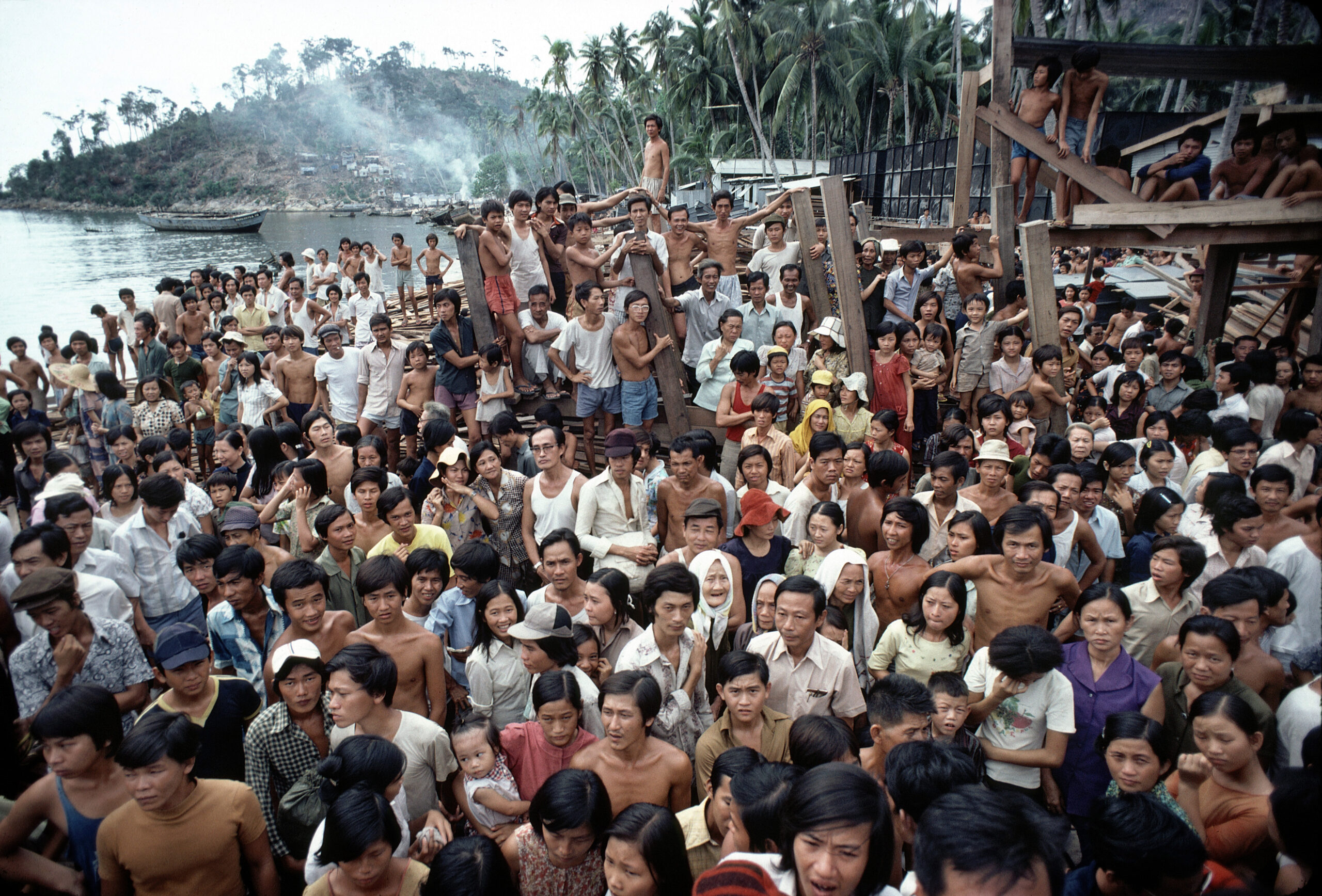 The 1951 Convention Relating to the Status of Refugees and its 1967 Protocol relating to the Status of Refugees codified the right of asylum for anyone having “a well-founded fear of being persecuted for reasons of race, religion, nationality, membership of a particular social group or  political opinion.” The Convention also stipulated that those seeking asylum should not be penalized for their unauthorized entry or stay.

However, the Convention did not require governments to grant asylum to those who qualified. It only stated that countries should apply the provisions of the Convention without discrimination as to race, religion or country of origin.

At the end of 2019 there were more than 4 million asylum seekers worldwide, a four-fold increase over the level a decade earlier. Increases in the numbers seeking asylum have been even greater in some individual countries. For example, between 2008 and 2018 the numbers of new asylum requests jumped six-fold in the United States, seven-fold in Germany and 12-fold in Spain.

During the recent past many millions have sought asylum largely in Europe and North America (Figure 1). Among OECD  countries 60 percent of the more than 12 million new asylum requests since the start of the 21st century have been in six countries, namely, Germany (19 percent, United States (15 percent), France (9 percent, United Kingdom (6 percent), Sweden (6 percent) and Italy (5 percent). 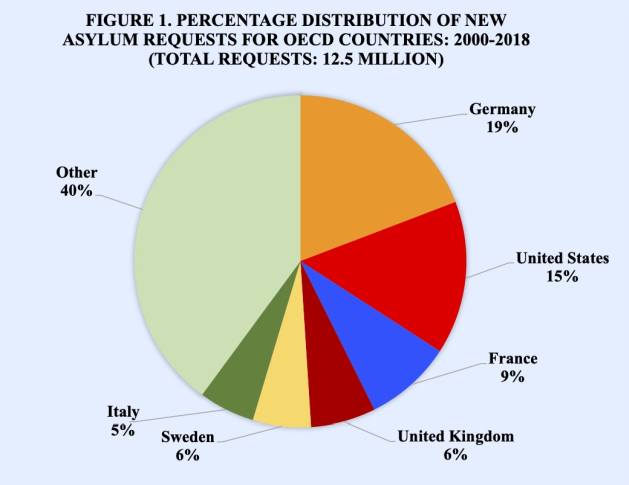 Globally, governments of rich and poor countries alike are closing their borders to those fleeing poverty, human rights abuse, violence, failing states and most recently climate change. Despite the internationally recognized right for people to cross borders to seek asylum, in reality governments in virtually every region of the world are increasingly preventing, discouraging and complicating attempts of men, women and children to cross into their territories and claim asylum.

In the United States, for example, the Supreme Court ruled in 2019 that the Administration can deny asylum to anyone who has crossed a third country en route to the U.S. border without seeking protection there. In a more recent decision the Court said that asylum claims threatened to overwhelm the immigration system and ruled that asylum seekers have no right to appeal to U.S. courts if their claims were rejected at the border.

Another policy of the Trump administration to deter those seeking asylum was family separation, i.e., separating children from their undocumented asylum-seeking parents who were imprisoned. The administration has also been using health concerns from the coronavirus pandemic as a national security threat to turn away those seeking asylum with no access to due process, often without explanation. 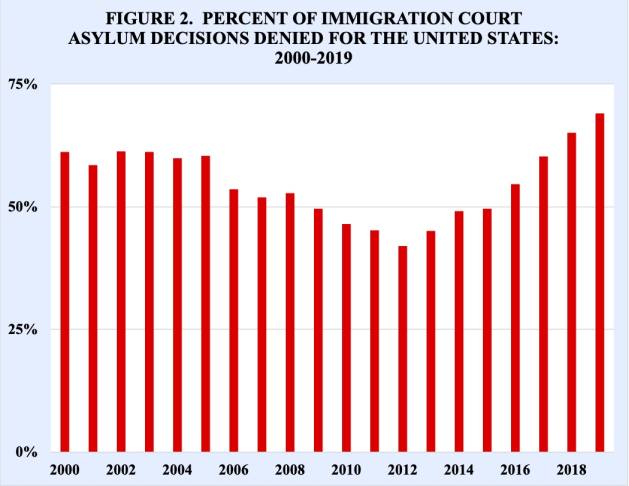 The United Kingdom has also called upon its Royal Navy and Air Force to help police and monitor the increasing migrant crossings in the English Channel and end demand by returning boats back to France.

Similarly, many Asian countries, including Indonesia, Malaysia and Thailand have refused port – or “push back” – boats filled with asylum seekers and migrants. Those governments maintain that their pushback policies are intended to fight human smuggling.

Also, Australia has forcibly intercepted asylum seeker boats and push them back to where they had come from. Other countries, such as South Korea, Japan and China, choose to provide monies and humanitarian assistance to address the asylum and refugee crisis, but typically say “Not Here!” to accepting asylum seekers.

In many African countries, such as Cameroon, Mozambique, Niger and South Africa,  those seeking asylum have encountered resistance, onerous restrictions and abuse, with many wishing to relocate to other countries. The coronavirus pandemic has made the plight asylum seekers even more difficult, as they are frequently seen as virus carriers.

Latin American asylum seekers are also encountering difficulties finding welcoming safe havens. Many, especially those from Central America, are reluctant to seek asylum in countries that can be just as dangerous with violence, robbery, extortion and sexual abuse as the places that they are fleeing. 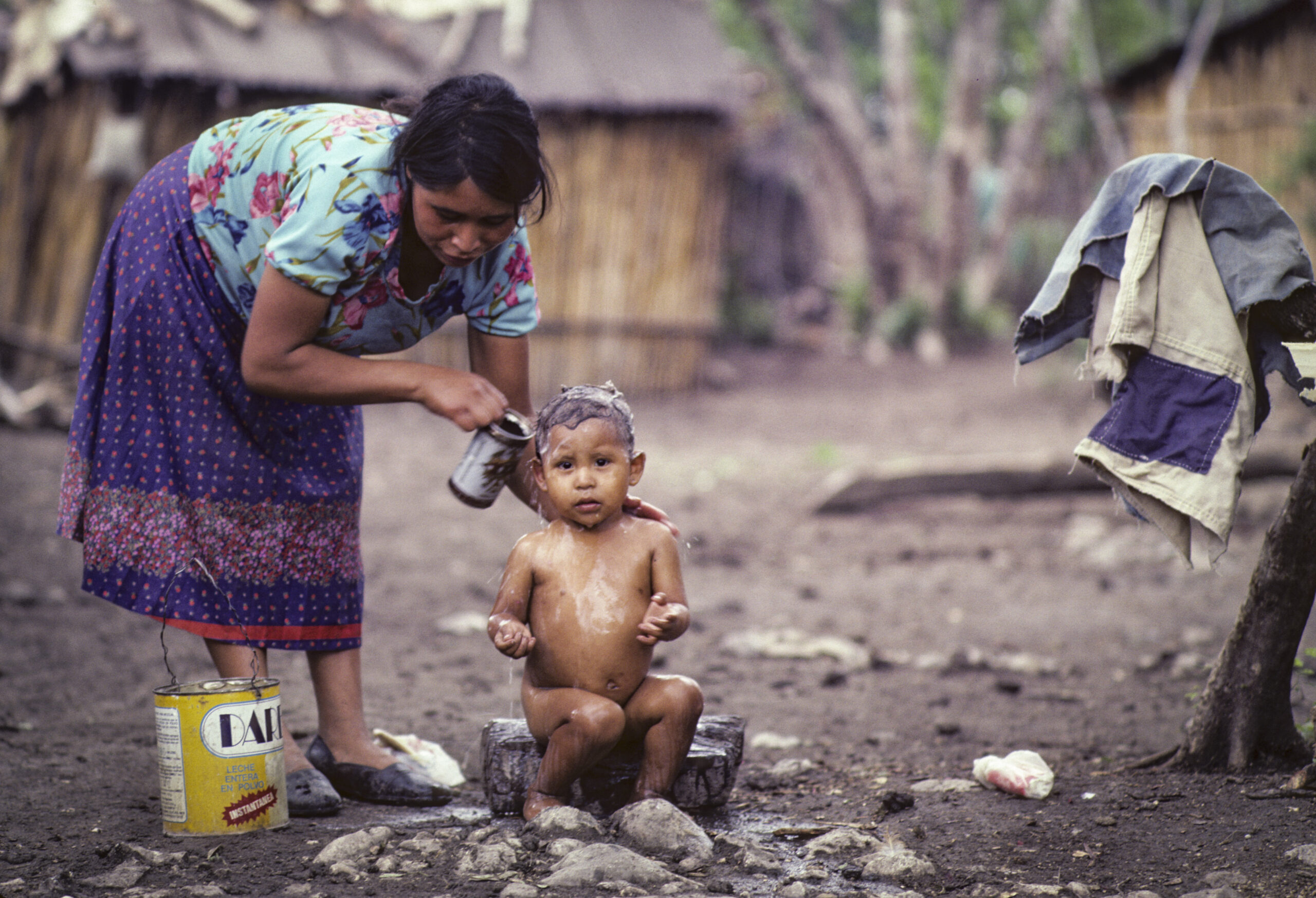 Guatemalan refugee and her child, at the camp La Gloria, in Chiapas, Mexico, 1985. (UN Photo)

The situation in the region has become more challenging as 4.5 million Venezuelans had left the country by the end of 2019, with the large majority not recognized as asylum seekers or refugees.

The world for asylum seekers has changed greatly since the adoption of the Universal Declaration of Human Rights more than a lifetime ago. Mass displacement is vastly more widespread than in the past.

It is also no longer a short-term and temporary phenomenon with growing numbers of men, women and children forced from their homes for long periods of time.

At the end of 2019 a record breaking 80 million people globally, double the number a decade ago, were forcibly displaced from their homes due to persecution, conflict, violence, human rights violations or events seriously disturbing public order. No less than one-third of them were refugees and more than 4 million were asylum seekers. 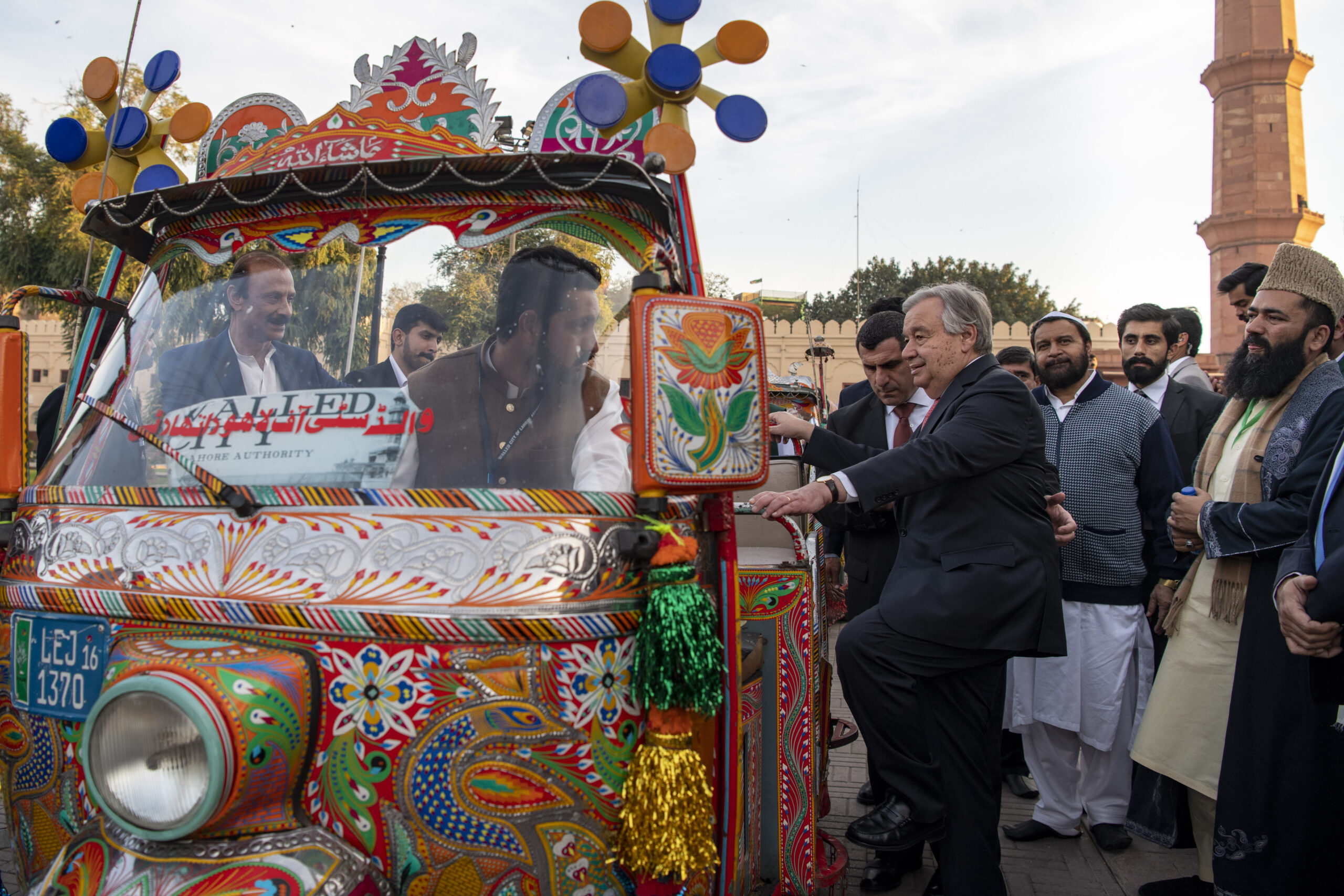 UN Secretary-General António Guterres in Lahore in February 2020 for a conference on 40 years of hosting Afghan refugees in Pakistan. (UN Photo, Mark Garten)

Lacking legal authorization to emigrate, men and women and increasingly even children are willing to risk their safety and lives to reach their desired destinations, with many relying on human smugglers. 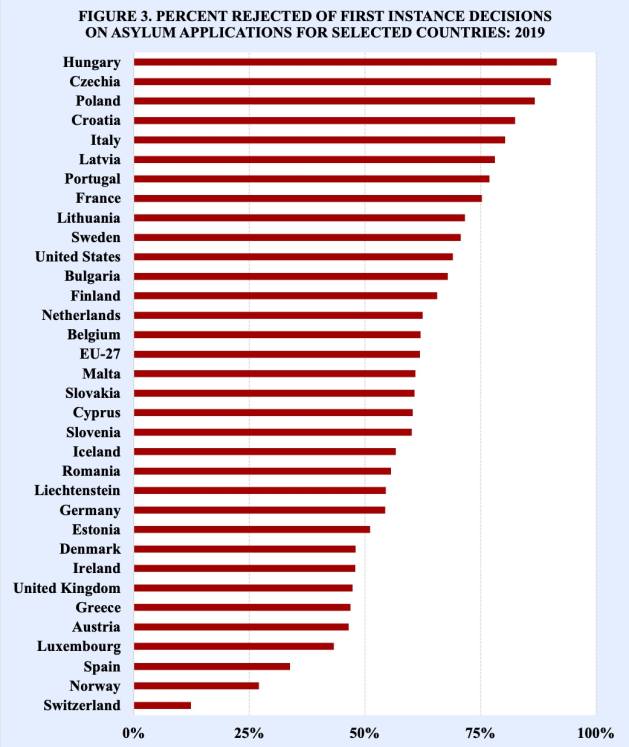 Moreover, the world’s population is nearing 8 billion, approximately four times its size at the end of World War II.

Over the next 30 years the planet is expected to gain an additional 2 billion people.

Most of that projected population growth will take place in poor failing states, places where even now millions are facing hunger, poverty, corruption, violence and human rights abuse.

Also, a landmark ruling by the United Nations Human Rights Committee found that it is unlawful for governments to return people to countries where their lives might be threatened by a climate crisis. Under such a judgment, tens of millions of people could be displaced and seek asylum due to life-threatening climate and environmental changes.

So, get ready; it should no longer be a surprise. Future numbers of men, women and their children desperately seeking asylum are likely to be substantially greater than today’s record-breaking levels. And government leaders simply declaring, “Not Here!”, is certainly not going to be the solution to one of the defining issues of the 21st century.

Joseph Chamie is an international demographer and a former director of the United Nations Population Division.