Julian Assange’s defense team asked for a possible delay until next week in a procedural hearing after the United States introduced a superseding indictment to the court. 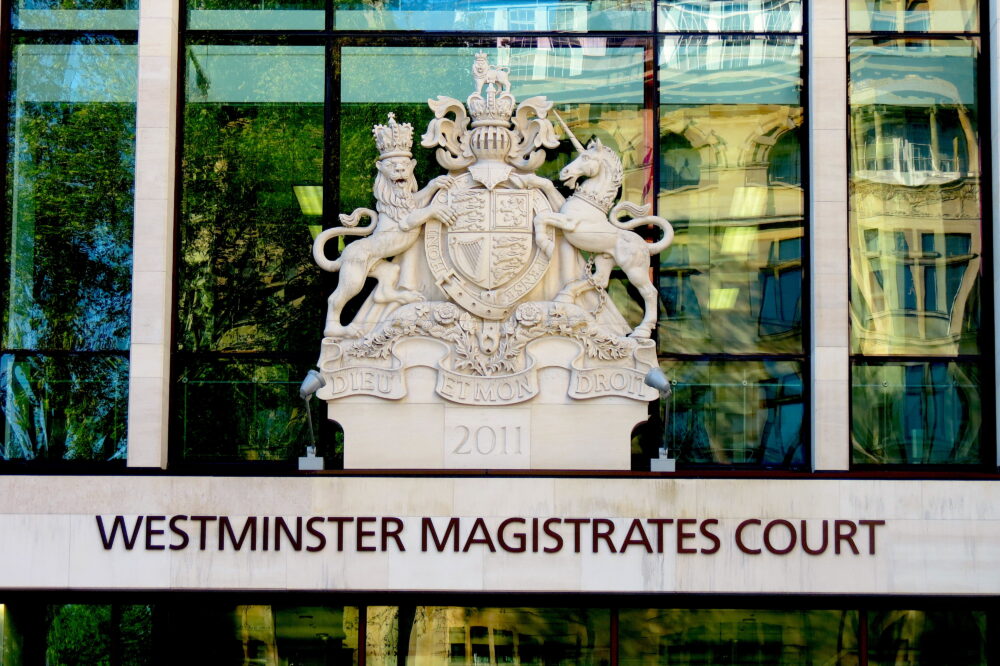 The defense for imprisoned WikiLeaks publisher Julian Assange has asked for a possible delay in a procedural hearing on Friday after the United States introduced a superseding indictment to the court, leaving Magistrate Vanessa Baraitser uncertain about whether Assange would still be under arrest if she accepted the new indictment.

The defense argued that there wasn’t enough time before the scheduled resumption of the substantial hearing on Sept. 7 to deal with a new indictment and said it was too late to introduce new evidence to the court, according to tweets from WikiLeaks supporter Juan Passarelli.  The U.S. had a June 2019 deadline to submit all evidence to the British extradition court.

The defense accused the prosecution of an “abuse of justice” and requested that the hearing resume in September as planned without inclusion of the new indictment, Passarelli said.

The defence says that they cannot deal with the expansion of the indictment in time, and that it is far too late to introduce evidence. #AssangeCase

The defence argues that the new expansion of charges should be excluded to achieve justice in proceedings. #AssangeCase

The media was allowed onto a conference call and stood by for an hour for the hearing to begin on Friday. After it began the media could hear Baraitser ask Assange to state his name and date of birth.  Nothing was said in court after that for about 20 minutes when Baraitser left the conference call.

When the hearing resumed she did not rejoin the call, leaving the media in the dark, dependent on tweets from observers, such as Passarelli.  Conference calls to Assange’s hearings have continually been marred by technical difficulties.

RSF has again been unable to observe an administrative hearing in the case of Julian Assange. We were turned away in person and the court again failed to connect the conference call line, barring remote access. This has become the – unacceptable – norm in this case. #FreeAssange https://t.co/eotbhh7hZq

Passarelli reported on the prosecution’s response to the defense:

The defense, in turn, said rather than the new evidence being part of a “continuing investigation,” it was actually known to U.S. investigators in 2011.

Defence argues that this material was available in 2011, there is no reason that this is the fruit of new investigation.#AssangeCase

The superseding indictment, made public by the U.S. Justice Department in June, merely adds details to the previous indictment of Assange for alleged conspiracy to commit computer intrusion and includes no new charges.

“Defence argues that this material was available in 2011, there is no reason that this is the fruit of new investigation,” Passarelli tweeted.

Stella Moris, an Assange attorney and his partner, tweeted that the new U.S. extradition request was filed after the defense had submitted its legal argument on the initial request.

The case management hearing has ended. US did not appear in court.

US Attorney General Barr issued the replacement extradition request on 29 July, 2 days after the defence had submitted its entire legal arguments and evidence for the original superseding indictment. #assange

According to Passarelli, Baraitser then said it wasn’t even clear if Assange would still be under arrest if the U.S. wanted to start the extradition process over again by introducing new evidence past the June 2019 deadline.

“Judge says that #Assange has not been even arrested by this replacement indictment. She says she has to consider if the hearing can be just. She does not have the power to exclude new allegations. The defence may decide if they require more time,” Passarelli tweeted.

WikiLeaks supporter Deepa Driver was in the courtroom and spoke to CN Live!

The defense then asked for the procedural hearing to be postponed until next Friday to give it time to decide whether to ask for an extension of the September date, he tweeted. Baraitser asked for it be pushed back to Wednesday.  With this scheduling issue apparently unresolved, Baraitser adjourned the hearing until Sept. 7 “pending any applications for delay,” Passarelli said.

John Shipton, Assange’s father, said after the hearing that submissions have to be made by the defense “as to whether the court date [of Sept.7] will be vacated. I hope it is not. We work towards the hearing being on the 7th of September.”

The U.S., Shipton said, is “making every effort to ensure that the [substantive] hearing is not the 7th of September, but in fact after the American election.”