As this episode shows, the old guard will not tolerate young Jews who reject Zionism, writes Lawrence Davidson. 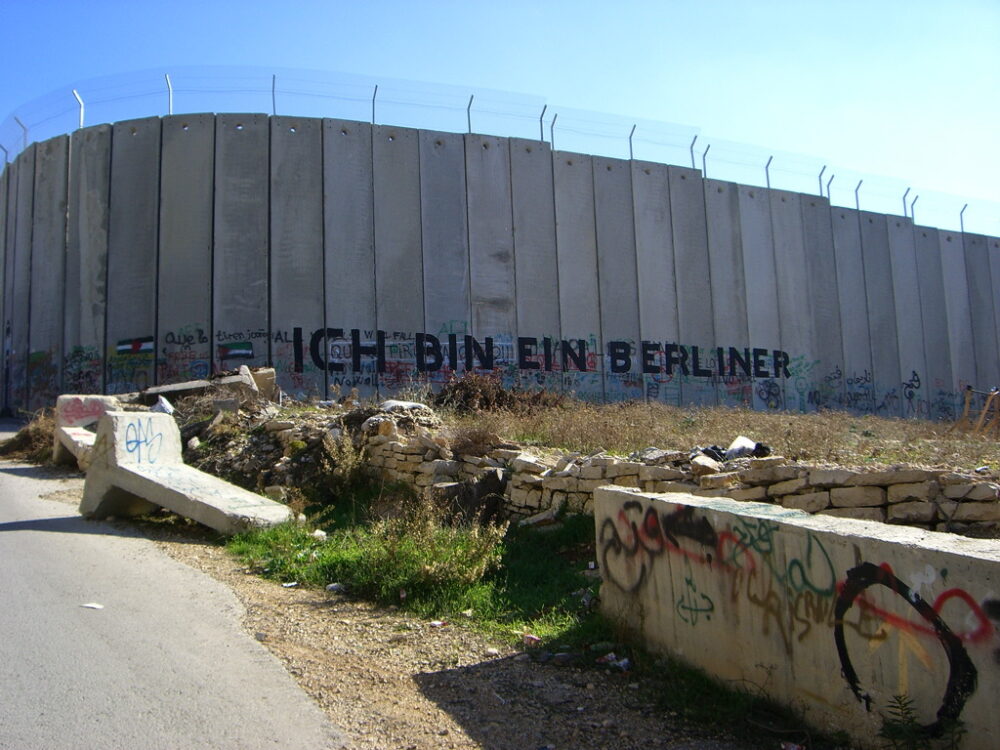 Just how much erosion has support for Israel suffered among Western Jews under the age of 40? The polls are not much help, because they tell contradictory stories. However, in anecdotal terms, there is a strong sense that the gap is growing between an increasingly rightwing and racist Israeli society and younger, liberal/progressive Western Jews.

The well-publicized recent interview with Seth Rogen, a comedian and filmmaker with an “ability to capture the Jewish cultural conversation,” and a fan base among Jewish millennials (i.e., those born between 1981 and 1996), may be a case in point.

On July 27, Rogen was interviewed on fellow Jewish comedian Marc Maron’s “insanely popular podcast” WTF. While on Maron’s program, Rogen questioned why those with “a secular Jewish identity” should feel “any cultural identification with the state of Israel.”

Indeed, he admitted that the notion of a Jewish state made little sense to him. He said “Jewish statehood was the result of an “antiquated thought process” and was in truth, counterproductive. “Encouraging all Jews to live in one Jewish state is a nonsensical strategy for the preservation of Jewish peoplehood.” 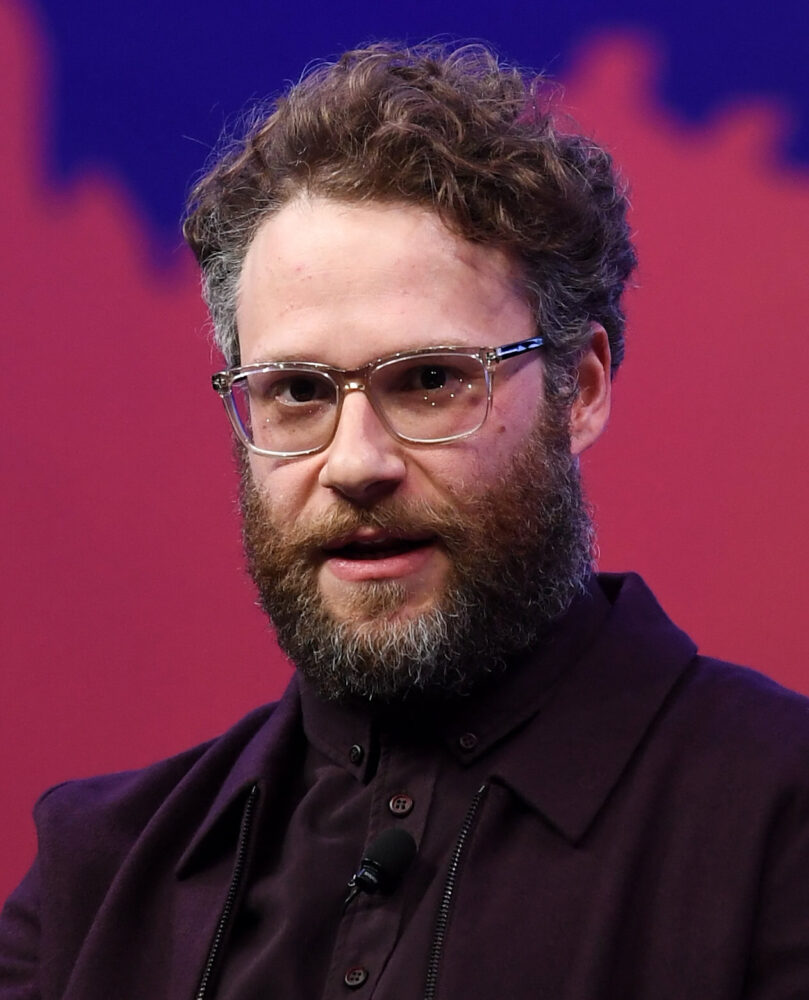 How did Rogen come to these conclusions? He credited his outlook to overcoming an incomplete and deceitful Jewish educational process. He explained that he had been “fed a huge amount of lies about Israel my entire life. You know, they never tell you, that oh by the way, there were people there.”

In other words, the history of Israel he was taught never mentioned the Nakba, Occupied Territories, and collective imprisonment of the residents of the Gaza Strip and the like. It was just the story of “only democracy in the Middle East” and the “most moral army in the world.” As Marc Maron would say, “WTF”!

Asked why a famous guy like himself had not previously spoken publicly about Israel, he noted that “I’m afraid of Jews. I’m 100 percent afraid of Jews.” Presumably not all Jews, just those allied to the State of Israel. Who can blame him? Most of the U.S. Congress feels the same way.

A few days after Rogen’s interview appeared, a quick retort appeared in the Jewish publication the Forward. Weirdly entitled “Dear American Jewish boys, Please, please, take your Oedipal rage and find another outlet for it.” 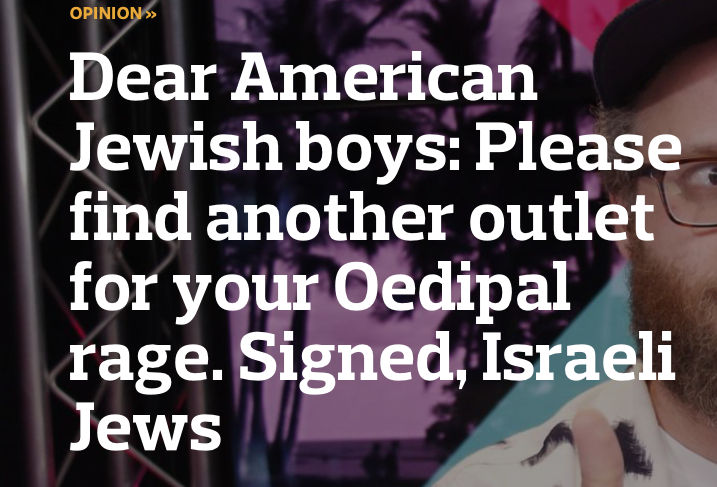 It was written by Dr. Shany Mor, a researcher at, among other places, the Israel Democracy Institute. Mor’s objections to Rogen’s positions are reflections of standard Zionist tropes.

As Mor’s title implies, his initial reaction to Rogen’s statements is that they must reflect some form of self-hatred. The “self-hating Jew” is an established, if rather despicable, Zionist trope. Mor now uses it against Rogen, accusing him of being motivated by “Oedipal rage” that is hatred of his parents because they did not tell him about Israel’s bellicose origins. This is a ridiculous ad hominem attack.

It should be noted that it is probably the case that a majority of Jewish children in the West, post 1948, were either lied to or left in ignorance about the Palestinians and their fate. That some of them should now express resentment is not evidence of some personality flaw on their part. It is rather an expression their dismay of Zionists’ inability to admit to their own criminal behavior. 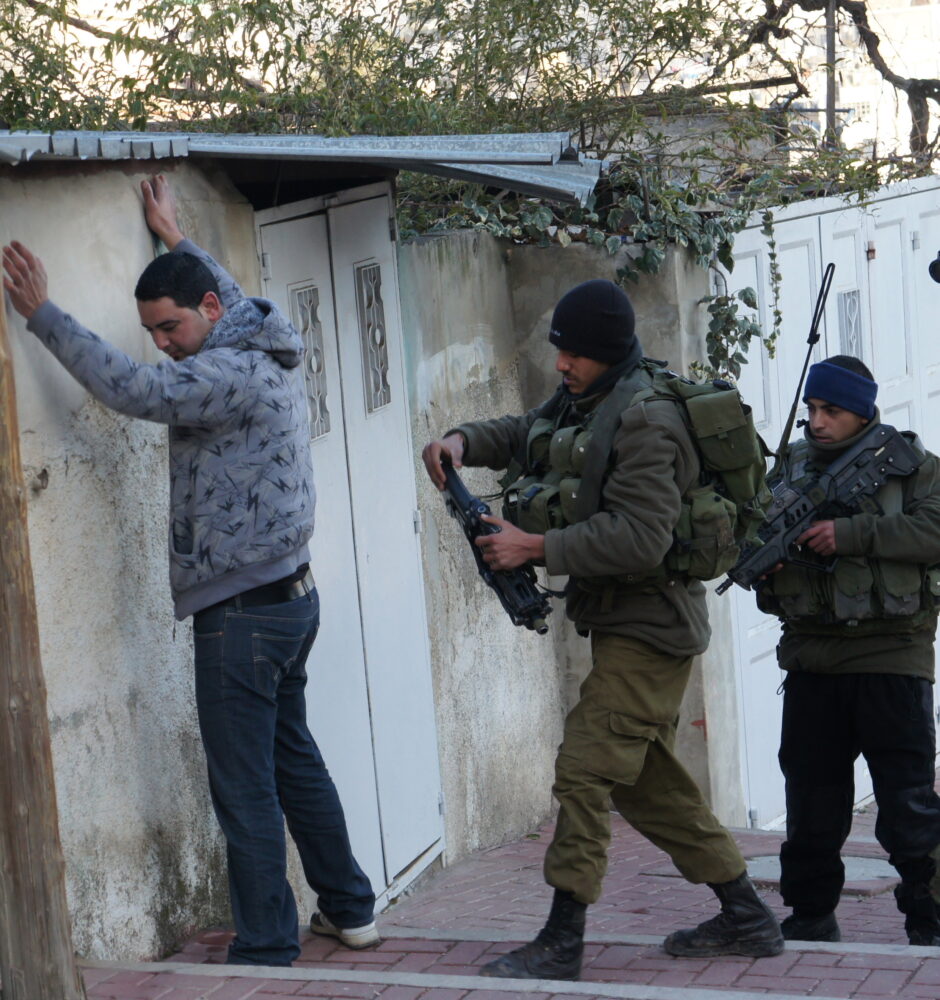 Mor dismisses any lasting moral responsibility for the Zionist state’s bellicose origin — for Israel’s metamorphosing the near-genocidal fate of the Europe’s Jews into the Zionists’ own near-genocidal treatment of the Palestinians. He does this by implying that Rogen is singling out Israel and using double standards to judge its policies.

This too is a standard Zionist trope. Supporters of Israel insist that it is somehow illegitimate to point a finger at Israel’s sins when other countries like the United States have similar racist histories—histories that they too are reluctant to share with their citizenry. Thus, in response to Rogen’s critique of his Jewish education, Mor asks: “Was the version of American history you got at age 12 particularly critical? Did you learn a lot about the Trail of Tears, the Indian Removal Act or the Chinese Exclusion Act, or even the three-fifths rule?”

Speaking of the history Rogen received about his own nation, it is an indication of just how much thought Mor put into his response that he asks these questions of a man born and raised in Canada. Though he presently has dual citizenship, Rogen says, “I definitely associate with being Canadian much more than being American because I grew up in Canada.”

Oddly, this sort of argument, “that others do bad things too and so why are you picking on Israel,” is just a poorly constructed dodge — if for no other reason than it is a backhanded admission of guilt. Zionists can’t excuse Israel’s guilt by pointing to the guilt of others. The wonder is that they try this ploy. Most of us stop using the “but the other guy is doing it too” excuse by the time we outgrow the sandbox.

While Mor chastised Rogen for complaining about receiving no information about Palestinians, other Zionists accuse the actor of being ignorant of the events that gave rise to Israel. They say that his concern for Palestinians indicates that he is “utterly clueless as to why Theodor Herzl and his followers sought self-determination in Israel in the first place.” This really can’t be true, due to the sort of Zionist youth background (Hebrew school, Jewish summer campus, family trips to Israel) Rogen had. 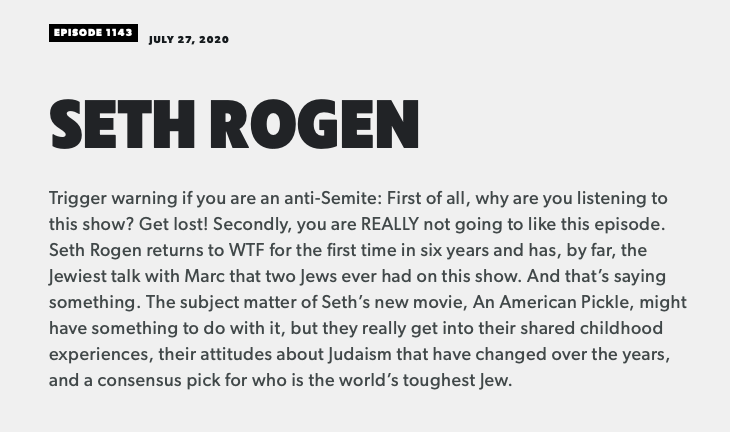 Indeed, these experiences constitute an endless repetition of the telling of the Eurocentric events that brought us Herzl and the Zionists.

Rogen’s presumed ignorance of what brought us Israel (as against information about how Israel has behaved) allegedly “show the need for more education about Israel as the ancestral home of the Jewish people.” In other words, the Zionist response to Rogen’s complaint of being left in ignorance of Israel’s sins is to double-down on the old one-sided storyline and intensify its dispersal.

Still, there are a lot of hardcore Zionist ideologues who moved beyond such palliative tactics. As we will see, they have a much more aggressive, ideologically abrasive attitude toward a growing number of Jews of the “millennial” category who might agree with Seth Rogen’s negative reaction to “the expectation that all Jews should be Zionists.”

Rogen Backtracks: I Was Just Joking 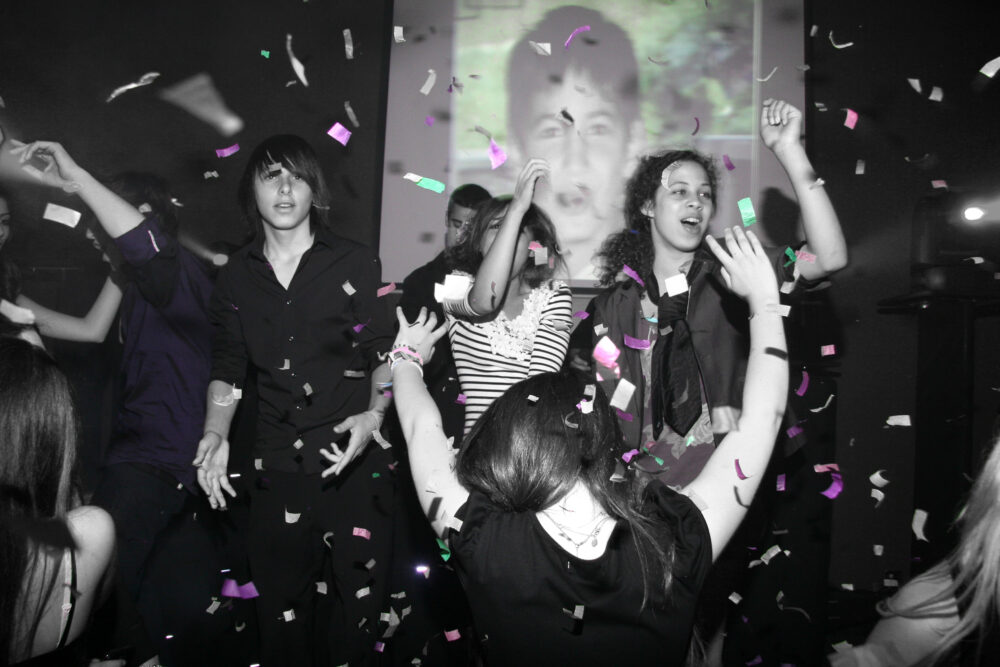 As noted, Rogen has been described as a personality with a unique ability to “capture the Jewish cultural conversation” — at least for his generation. The reaction he got from the Zionist establishment certainly made him aware of a counter conversation that has the potential to challenge his status as a Jewish cultural icon.

He confessed to being “sensitive” to the backlash — “I’m sensitive to Jewish people thinking I’m not a proud Jewish person, which I am” — and now claims that much of what he expressed about Israel was said in jest. “I should not have spoken jokingly” on this issue and “I do not want Jews to believe I think the Jewish state should not exist.” This hedging came after a Zoom conversation with Isaac Herzog, chairman of the Jewish Agency. 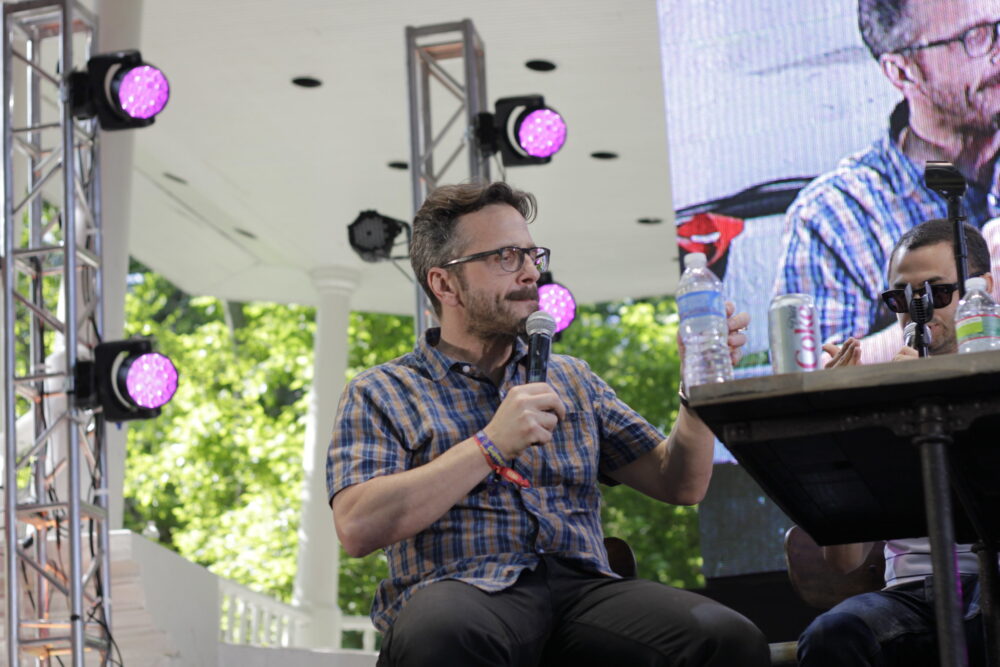 The one part of his interview with WTF that he stuck by was the assertion that his Jewish education was both incomplete and misleading. Yet here lies a trap of his own making. In his conversation on WTF the principal missing part of that education was the fate of the Palestinians. His complaint in this regard now becomes hollow in the face of his prioritizing, under pressure, the fact that “I do not want Jews to believe that I think the Jewish state should not exist.”

The Nakba and the apartheid society that resulted from Zionist Israel’s existence are what Rogen is being made to begrudgingly swallow to avoid charges of being a “self-hater” and a relentless campaign that can undermine his career.

An opinion piece on July 29 in the Forward written by Joel Swanson and entitled “Wake up, Jewish establishment: Seth Rogen speaks for a lot of us young Jews,” asserts that

“the Jewish establishment … can’t keep pretending that young Jews who reject Zionism and the state of Israel are relegated to a tiny, insignificant fringe of the community.”

The “Jewish establishment” may or may not be “pretending,” but Rogen’s experience demonstrates that “the establishment” has no intention of negotiating, much less compromising with “young Jews who reject Zionism.”

The true-believer Zionists have accepted the breach in the Jewish community, and guess what, loyalty to Zionist Israel is more important than Jewish unity. Those who fail the loyalty test, whatever their number, are not only expendable, but must be purged or silenced. Seth Rogen got a taste of that determination following his “jokey” assertion of historical truths. Those who dare to speak out publicly will face a similarly strong reaction.

2 comments for “Seth Rogen Turns the Truth into a Joke”