There is a lot to read into this moment, but one thing’s clear. The U.S. doesn’t know what time it is.

First came the Defense Department’s formal request to Congress for a $20 billion check to upgrade its presence across the Pacific. That was last March. A month later the U.S. Navy sent three warships (and ever-faithful Australia one) to the waters off Malaysia because an unarmed Chinese vessel was conducting routine seismic surveys in an area thought to contain significant resource deposits.

Then a two-month pause, at least on the military side. The grandstanding denunciations, bans, bars, and sanctions have continued apace.

In early July the Pentagon sent two aircraft carrier strike groups into the South China Sea in its latest and largest-ever “freedom of navigation” exercise, just as the Chinese Navy was conducting exercises nearby. Last week came the caker: Mike Pompeo, our Dummkopf secretary of state, asserted that China’s various maritime claims in the South China Sea are “completely unlawful.”

This was an abrupt departure from Washington’s previous pretense of neutrality on the question of jurisdiction over waters where assertions of sovereignty intersect. It was greeted in some quarters, not least the government-supervised New York Times, as opening the door to war in behalf of those nations — Malaysia, the Philippines, Vietnam, Brunei — contesting China’s claims. 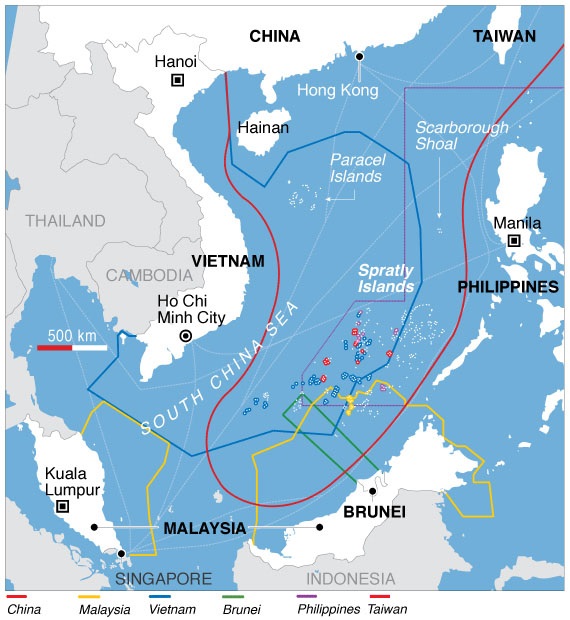 Let us pay attention here. What is and isn’t unfolding before us?

The Pentagon will get its check. Congress debates as we speak how much and when to spend on what it calls our Pacific Deterrence Initiative. The U.S. is about to buy a greatly enhanced, greatly more visible military presence in the western Pacific. Be sure to pay your taxes, readers.

The dispatch of warships to monitor a Chinese scientific vessel was sheer piffle. The Malaysians proved the adults in the room when they told the U.S. Navy to be on its way, thanks very much. Nothing whatever will come of this.

Ditto the carrier group’s escapade earlier this month. Like the silliness off the Malaysian coast, this was in the way of acting out — somewhat in the childish fashion the phrase implies. The element of spectacle is impossible to miss. There is no other meaning to be discerned.

As Malaysia just made clear, those that have registered these claims intend to negotiate multilaterally and entertain zero desire to see America instead escalate this into armed confrontation. 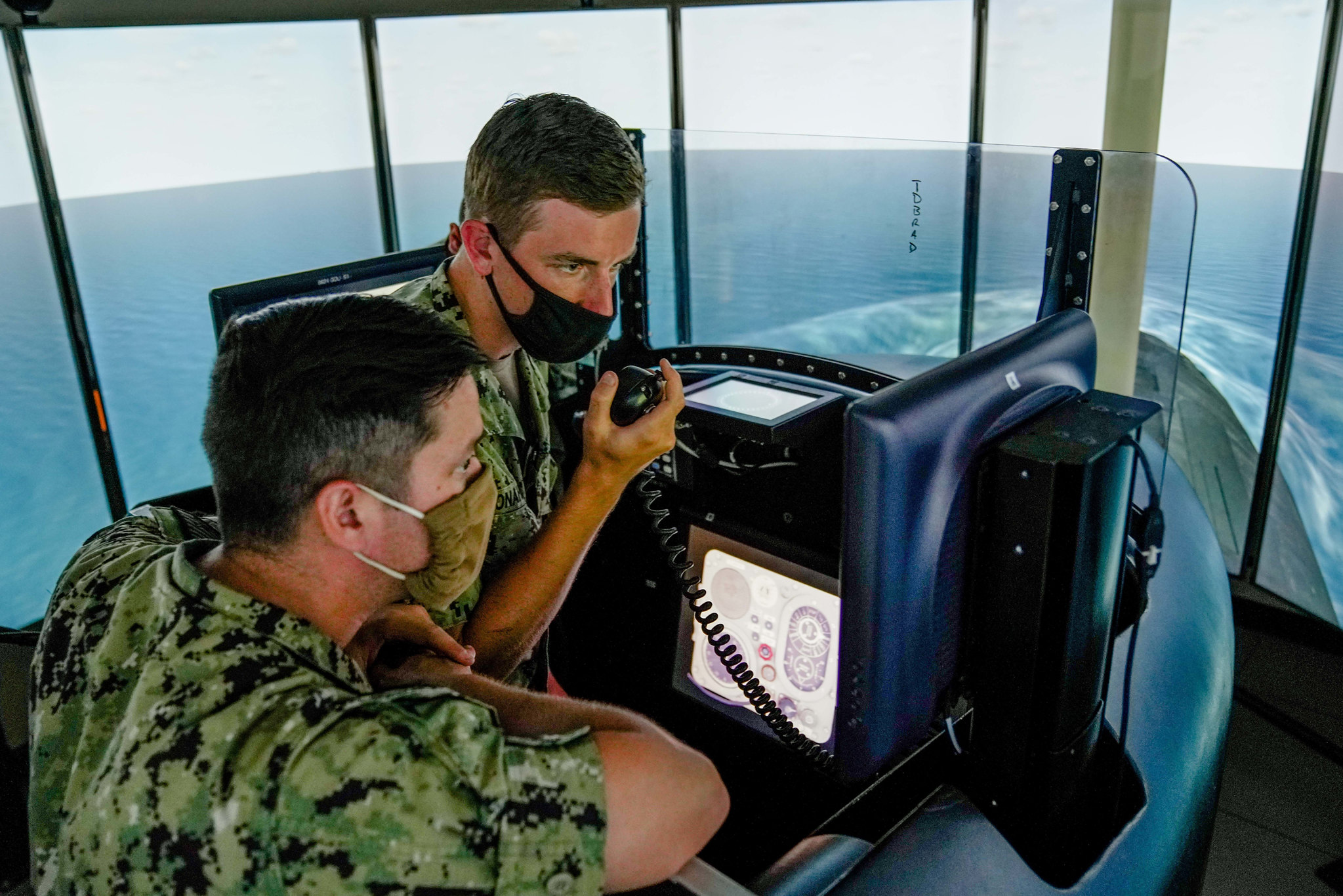 These things said, developments across the Pacific lately do leave us in new and very undesirable circumstances.

There has been talk of “a new Cold War” or “Cold War II” since the U.S. provoked the coup in Ukraine six years ago and then watched its miscalculated project go straight to hell. This is no longer a figure of speech or a “maybe” to be cast in the conditional. We have started a new Cold War with China now (while keeping up the one we’ve got going with Russia). It is on, and there seems no turning back.

Parenthetically, what a job the ruling class in this country has done on the collective consciousness since the productive tumult of the Vietnam era. Nobody is in the streets as our new Cold War commences. Half or more of those who ought to oppose this travesty are all for it.

This is the frame within which we must understand all the other furnishings — the sanctions, the contemptible attacks on Huawei, China’s market-leading telecoms company, the persecutions of Chinese medical researchers and students —altogether the primitive xenophobia. Sweeping bans on Chinese visitors are now under review, as are plans to block Chinese investments in the U.S. We’re in for the full Monty, it seems. [The Trump administration is also considering ending existing visas and forbidding new ones to members of the Chinese Communist Party.]

Those who recall the first Cold War will know well enough the burdens we are to bear, all the lost opportunity. Those who don’t are about to learn. This is going to prove as ruinously wasteful and cripplingly distorting of the American worldview as it was the last time around.

Dreamy hawks in the John Bolton mold or “end times” kooks such as Pompeo seem to entertain fantasies of an open conflict with the Chinese. And true enough, we will now live again with the nerve-wracking prospect of war by accident or error. But this war will otherwise remain cold — this for the simple reason anyone with sense in Washington knows the U.S. cannot possibly win a war with the People’s Republic. 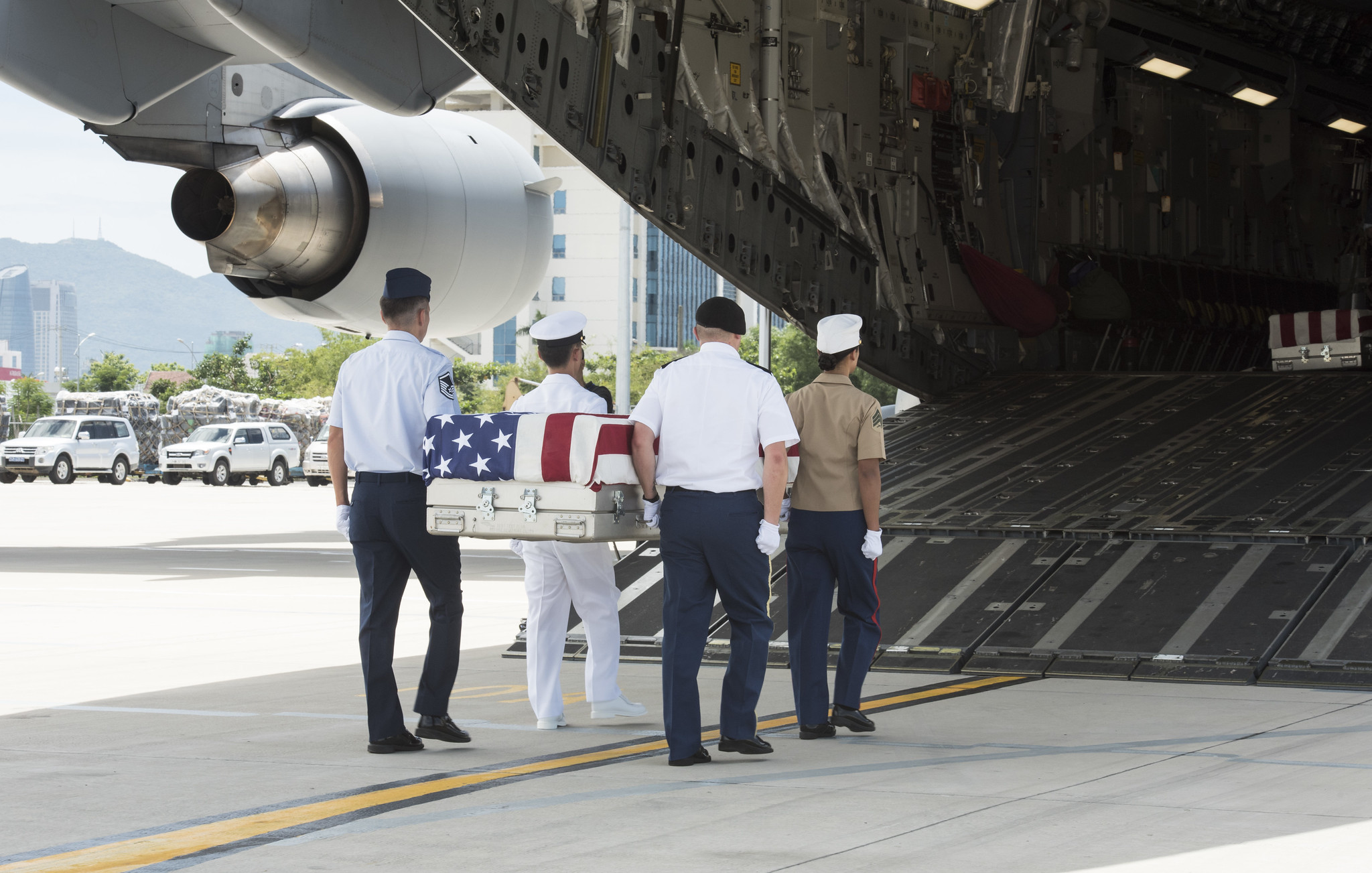 Forget about Tennyson and the Light Brigade: The Pentagon will instantly reason why if ordered to do or die for some pointless, certain-to-fail engagement with Chinese forces, which are increasingly well-armed almost entirely in response to incessant U.S. assertions of power in East Asia.

Does anyone seriously think the U.S. military, no matter how expensively equipped, would engage the mainland in behalf of the Malaysians, the Vietnamese, the Filipinos, or Bruneians? Out of the question. This is not about those people. It isn’t about securing sea lanes, either: They are secure. It is about the forlorn project of maintaining U.S. primacy in the Pacific — and a more unwinnable campaign one cannot think of.

It is now engraved in the American consciousness that the U.S. won the first Cold War when the Soviet Union collapsed. I have never subscribed to this version of the outcome. The Soviet Union collapsed due to internal dysfunctions that long predated the Cold War. And the U.S. lost plenty during those decades, a Pyrrhic victory if ever there was one.

No such mythology will hold this time. America is already losing its second Cold War go-around. Let us consider two good measures of this reality. 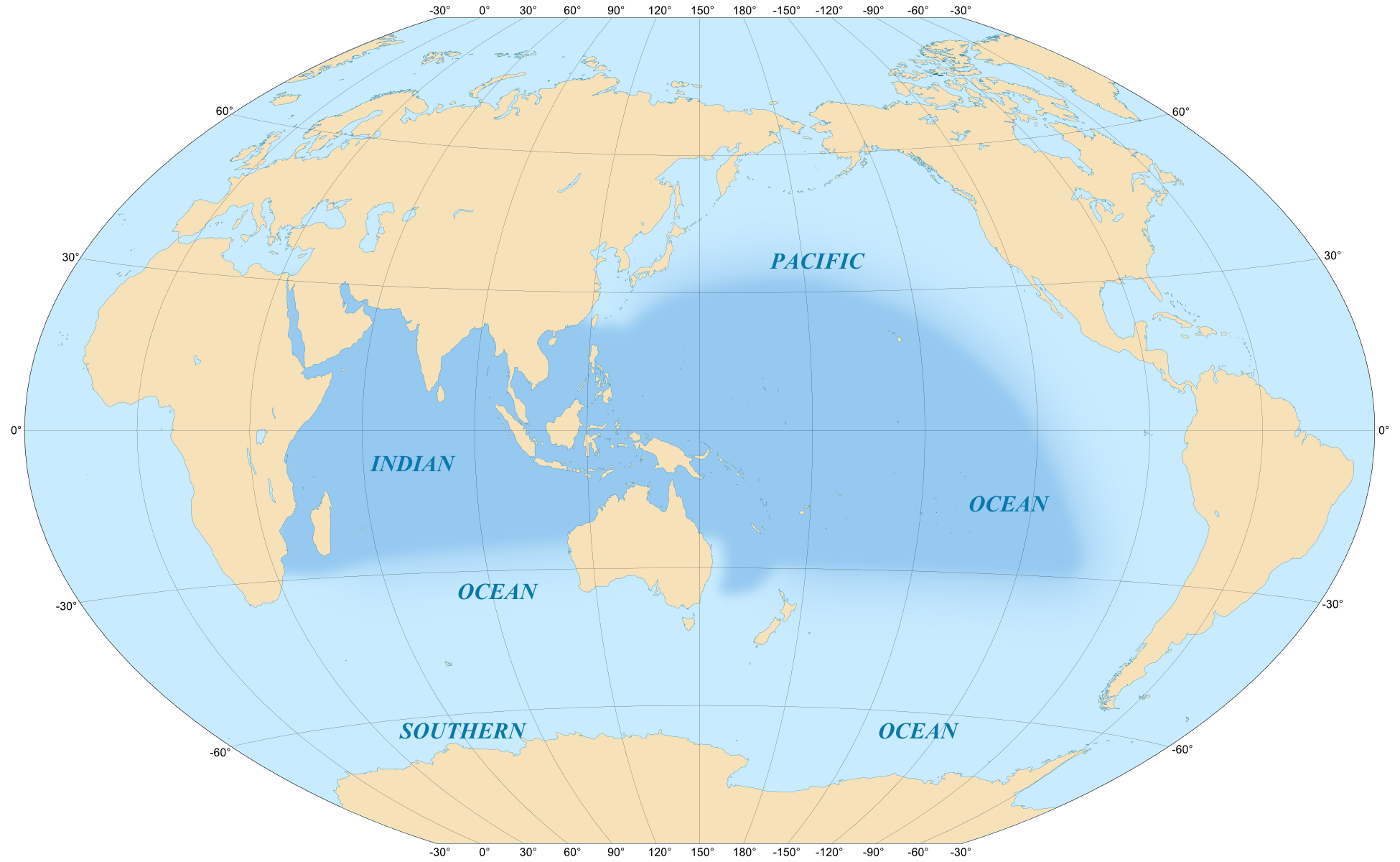 Just as the Pentagon was parading an immense flotilla in the South China Sea earlier this month, we learned that China and Iran are about to enter a 25–year “strategic partnership” that will (1) rescue the Islamic Republic from the ravages of Washington’s “maximum pressure” campaign and (2) significantly extend China’s Belt and Road Initiative into the Middle East. Oilprice.com had the story in detail; its report is here.

This is a breathtaking accord in its extensive provisions. In tranches of hundreds of billions of dollars, beginning with $400 billion in the first five years, China is to invest in Iran’s energy, petrochemical, transportation, manufacturing, transportation, electricity and infrastructure sectors. All this will be linked to Belt and Road terminal cities in western China via the Central Asian republics. China will also get discounts of up to a third on purchases of Iranian energy and will be allowed to pay in non-dollar currencies.

An agreement of this kind has been in on-and-off negotiations for four years, the lurching progress due in part to China’s concerns about U.S. sanctions. Now Beijing seems to shrug at such threats — an interesting turn in itself. Unexpectedly, Tehran agreed last week to extend the accord to air and naval military cooperation. Russia also folds into these added provisions. This is what the Americans get for sabotaging the 2015 accord governing Iran’s nuclear activities.

Now let’s consider the ever-elaborating relationship between China and Russia. This has been gaining in depth and breadth since Moscow and Beijing signed a $400 billion natural gas pact in May 2014 — three months after the U.S.–cultivated coup in Kiev, not coincidentally. At this point all the two sides seem to talk about is strengthening ties and increasing cooperation.

U.S. conduct is propelling this partnership, as both sides make clear. It was the Ukraine coup that prompted Moscow to turn eastward, and it is Pentagon’s constant provocations in East Asia that has Beijing turning in the other direction.

“The U.S. has lost its mind, morals, and credibility,” Foreign Minister Wang Yi said over the weekend in a conversation with Sergei Lavrov, his Russian counterpart. This refreshingly direct remark followed by a week a telephone exchange between Presidents Xi Jinping and Vladimir Putin, in which the former reportedly said the two nations “should stand firmly against hegemony and unilateralism.” Whatever could they be talking about?

There is a lot to read into this moment. The world is much changed since Cold War I ran its course. Emerging nations now form alternative poles of power. Western markets are no longer the only markets to which these nations can turn. Old dependencies are breaking, new alliances forming. As argued severally in this space, parity between the West and non–West is a 21st century imperative. This is how it will come to be.

America’s leaders and many Americans, though not all by any means, avert their eyes as the world beyond our shores urges these realities upon us. Washington simply does not want to know what time it is. We are not, in consequence, destined to go gently into our new century, when at last we are forced to join it. We will have our new Cold War, and we will lose it.

← The Long History of How Jesus Came to Resemble a White European
COVID-19: The Pentagon Confronts the Pandemic →

51 comments for “PATRICK LAWRENCE: Cold War Escapades in the Pacific”