As`ad AbuKhalil questions why Arab destiny should be tied to a war that took place more than 50 years ago. 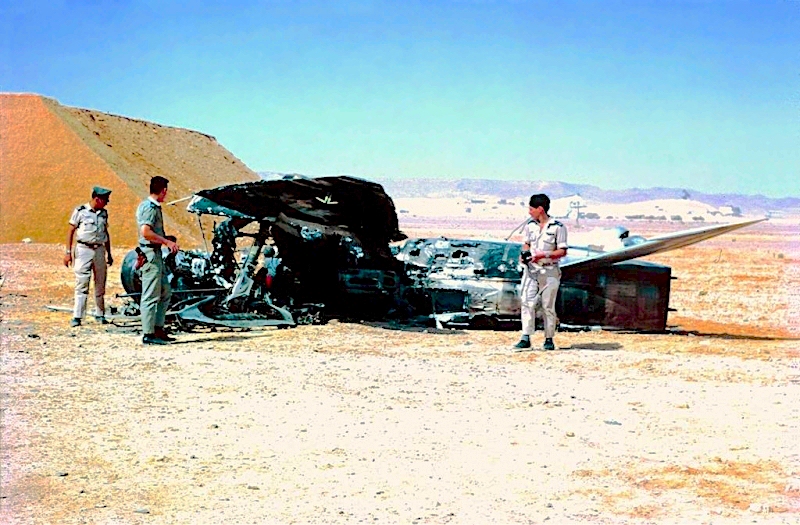 There is an Israeli and Arab “1967 Defeat” industry.

In recent years, three major scholarly, but highly pro-Israeli, books have come out: Guy Laron’s “Six-Day War,” Tom Segev’s “1967,” and Michael Oren’s “Six Days of War.” Since 1967, the volume of books, articles, memoirs and reminiscences about the war has increased to the point where there is perhaps no modern war about which more books and articles have been written, possibly even more than Vietnam if you count the languages in which the books have been published).

I don’t view the production of “Arab defeat” literature as accidental, but as part of a Zionist effort to inflict humiliation on Arabs, and several Arabs have been willing participants. 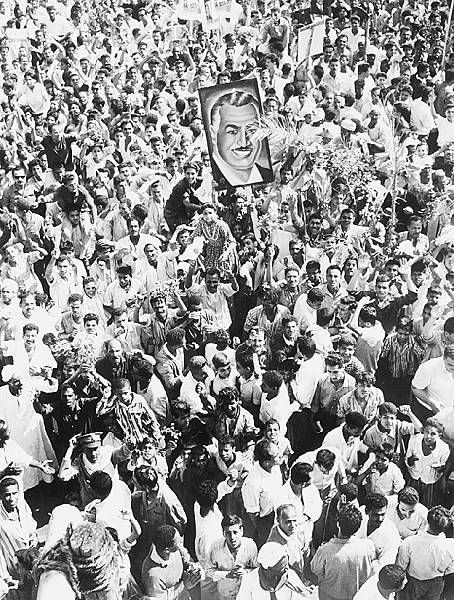 The promises of victory, which filled the Arab press on the eve of defeat, made it all the more devastating.  As if to aid the Zionist rhetoric, Egyptian, Syrian and Jordanian regime media resorted to wild exaggerations, and outright lies, about winning the war until June 9, when Egyptian leader Gamal Abdul-Nasser appeared on state TV and announced his resignation, while candidly (albeit belatedly) sharing the news of the defeat with the Arab people.

Nasser’s resignation was a rare occasion when an Arab leader abdicated voluntarily from power. (Sudanese military ruler, Muhammad Siwar Az-Zahab was another rare example in 1986). Later, massive pro-Nasser demonstrations in Egypt and elsewhere in the Arab world returned Nasser to power. (I was 7 years-old at the time, in Lebanon, and still remember how adults took to the street in night clothes chanting “Oh, Nasser, oh Nasser, oh beloved; we shall liberate Tel Aviv.”)

Almost immediately after the defeat, two rival ideological camps converged to produce what I can only dub “the defeat industry.” Jordan and the Gulf regimes’ media (from the right) produced literature that basically doubted the whole venture of liberating Palestine and planted doubts and ideas in Arab minds pertaining to the futility of revolution and rejection.

This right-wing project would become the official policy of Egypt after Anwar Sadat assumed power in 1970 (following Nasser’s death). It led him to visit Israel and seek not only peace with the Israeli occupation state but also to make an official pledge to remove Egypt from any Arab-Israeli confrontation or conflicts. In return came U.S. military and political support for the Egyptian tyranny constructed by Sadat. 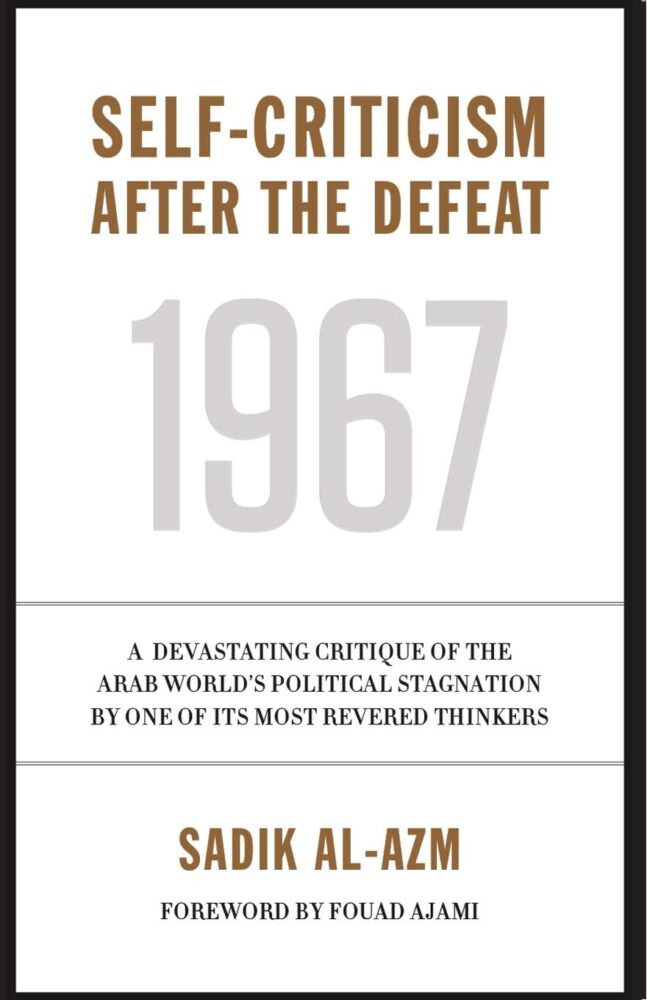 The left was also prolific in producing literature of defeat. Its chief peddler was Sadiq Jalal Al-Azm, a hardcore Syrian Marxist at the time who was known for calling any Arab intellectual who even met with American professors Mossad or CIA spies (see his book “Ziyarat As-Sadat”).

Al-Azm produced a series of articles that later formed a best-selling book, “Self-Criticism After the Defeat.” Translated and published in English in 2011 by the right-wing As-Saqi Books, with a forward by Fouad Ajami, it basically drew upon racist Orientalist assumptions and presumptions about Arabs — as Arabs — to hold the Arabs (as a culture, mentality and almost genetic makeup) responsible for the defeat.  For Al-Azm the defeat was the result of the failure of the mind and culture more than anything else.

Of course, the defeat had very clear material reasons: Israel had unlimited support from the U.S. and Western countries.

The U.S. government — according to various accounts, including that of William Quandt, in his “Peace Process” —never for a minute doubted that Israel would prevail against any combination of Arab armies. This was thanks to years of Western military and economic support and Western opposition to substantial arming of Arab states facing Israel.

Furthermore, the Arabs lost the war because they did not have the support of the U.S.S.R. to the degree that U.S. and Western governments supported Israel.  Lastly, there were indigenous reasons for the defeat, such as corruption in Arab governments and the appointment of an incompetent, unqualified man at the head of the Egyptian armed forces. There was also Jordanian King Husayn’s participation in the war, a man who was a long-time, secret ally of Israel and known to share Arab military secrets with Tel Aviv.

But all those factors pale in comparison with the firm and constant official U.S. policy of guaranteeing Israeli military superiority against not only one Arab army, but against any combination of Arab armies.

Western financial assistance from Germany, the U.S. and others allowed Israel to invest heavily in its military and intelligence apparatus.  Western governments assisted Israel in its covert programs to undermine and sabotage Arab missile programs (see the account of the Israeli covert campaign against the Egyptian missile program in Ronen Bergman’s “The Secret History of Israel’s Targeted Assassinations.”) This Israeli campaign relied on the services of a notorious Nazi general, Otto Skorzeny, who was never prosecuted for his war crimes, presumably because of his services to the Mossad.

Arab leftist literature on the defeat — the so-called self-critique literature —largely ignored all the external factors that led to the loss and focused instead on Arab cultural and even psychological problems.  Al-Azm basically produced what can be referred to as an Arab nativist version of Raphael Patai’s “The Arab Mind,” a book noted for its racist generalization about Arabs and their psychological failings. Al-Azm invoked the notion of specific deficient traits and flaws in the Arab personality or mind, which impede scientific advancement and problem-solving skills. 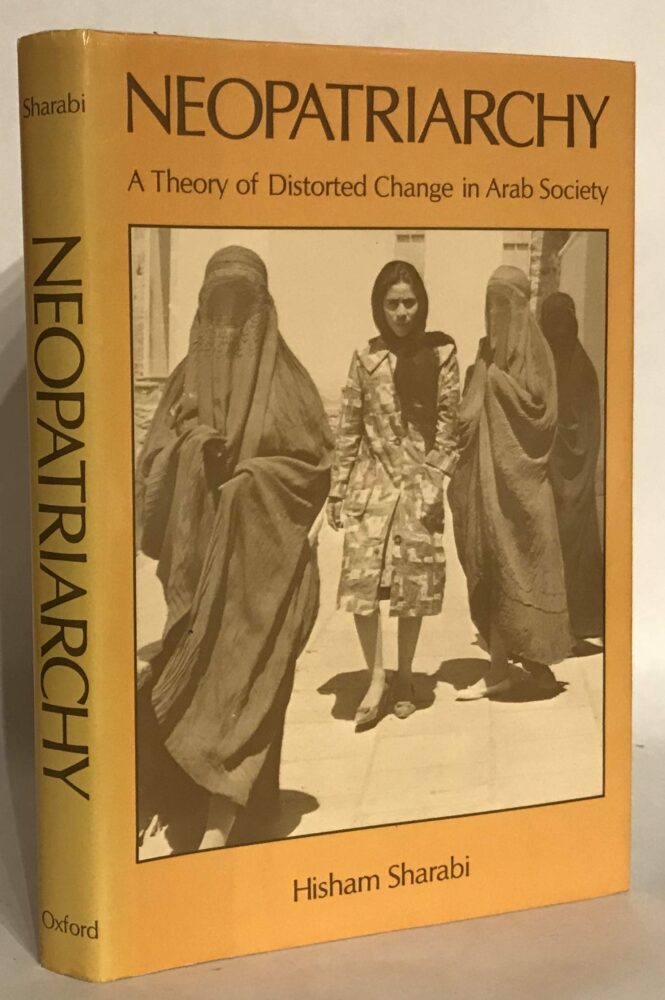 Hisham Sharabi would later — along with the poet, Adonis in his journal “Mawaqif” — give a pseudo-scholarly cloak to this genre of native Orientalism when he published his book “Neopatriarchy.”

The book is bereft of any social science empirical research and instead relies on a series of observations and generalizations about Arabs. It is unlikely that Oxford University Press would have published this book if it was about the traits of the “African mind.”

This genre of literature would be promoted in the Arab world by the regimes of Jordan, Egypt and the Gulf. Among its U.S. representatives, in English, would be none other than Ajami, who for his subservience to Western war policies and his racist disdain for Arabs and Muslims would receive a  National Humanities Medal from President George W. Bush.

Reactionary Arab regimes promoted this attack on the Arab personality (as if it is something static and unchanging, just as Edward Said warned against in his “Orientalism”.) This was done to undermine Arab popular support for resistance against Israel.

Meanwhile, Western governments and media (and even academe) welcomed such attacks on Arab culture and “mind” because it fit into longstanding Western Orientalist conceptions. During the Iraq war, Seymour Hersh reported that “The Arab Mind” was “the Bible of neo-cons” in the Bush administration and that it was used by the U.S. military to train its troops.

Ironically, Al-Azm, long associated with the “self-critique” school travelled from the left to the right, and called for Western military intervention in Syria after 2011. (He once explained his ideological transformation to me by invoking democracy).  Sharabi, on the other hand, travelled in a more radical direction and became a firm supporter of resistance against Israel. He moved to Lebanon from the U.S. in his last years and told me shortly before his death that it was the best decision he ever made.

What is curious about this self-critique industry is that it never triggered a similar reaction after defeat in the 1973 war. Arab governments, media, and culture still treat that war as if it were a victory for the Arabs, due to the first few days of Arab victories in October 1973, even though these victories were later reversed, because of Sadat’s betrayal and a swift U.S. military airlift to Israel.

The 1973 war served a purpose for Western policies. The myth of Arab victory was intended (by right-wing and leftist producers of the “1967 defeat” industry) to claim that now that Arabs were victorious they could proceed to peace with Israel with their dignity intact. Sadat needed the fake 1973 victory to travel to Israel and make peace, just as Hafiz Al-Asad needed the myth of victory to attain legitimacy for his regime in Syria.

The literature on the 1967 defeat has not ebbed in recent years.  It has become a cottage industry at the hands of Egyptian historian, Khalid Fahmi, who refers to the defeat as “the continuing defeat.”

But why should Arab destiny be tied to something that happened more than 50 years ago? Germany suffered a far more devastating defeat back in WWI and was able to begin recovery within a decade. The 1967 defeat was not unique in the history of peoples, but the perpetuation of its treatment and accounts seem to work in tandem with unrelenting Western efforts to undermine all forms of Arab resistance to Israel.