Reform proponents are advancing a decoy agenda that has been distracting people for generations, writes Caitlin Johnstone. 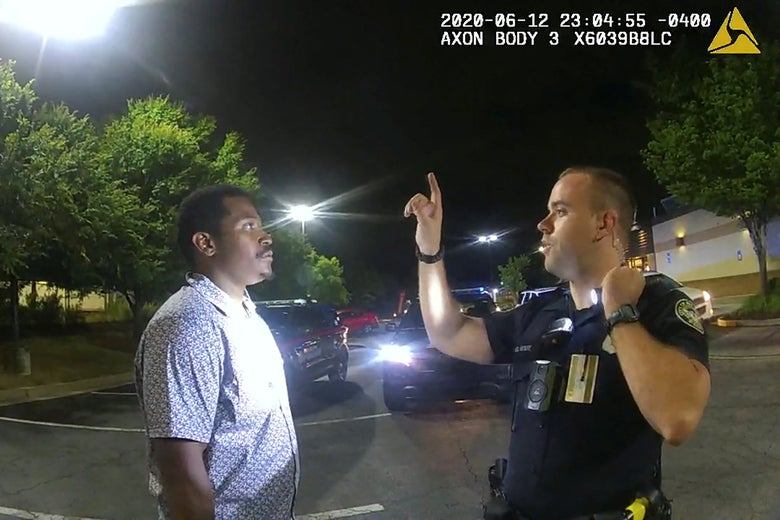 A black man named Rayshard Brooks was recently killed by an Atlanta police officer who shot him in the back while he was attempting to run away.

Video footage from the police bodycam and a nearby witness makes it clear that Brooks resisted arrest after failing a breathalyzer test when police approached him sleeping in his car at a Wendy’s parking lot, punching an officer and taking a taser the police had attempted to use on him before trying to flee the scene. Video footage fromthe parking lot makes it clear that Brooks was running away, and, without ceasing to run, pointed the taser at police behind him, at which point he was shot twice in the back by an officer named Garrett Rolfe.

New video released by the GBI shows the moment #Atlanta police shot and killed #RayshardBrooks in the parking lot of a Wendy’s. Police say Rayshard Brooks grabbed a taser and pointed it at police before an officer fired shots. pic.twitter.com/8DEeOdtyqF

There is no rational defense of this shooting. If someone is running away from you with a short-range weapon, it is literally impossible for them to pose an imminent threat to you. Just allowing Brooks to run out of the range of the taser, as he was already trying to do, would have nullified any potential threat to either of the two officers on the scene, because it would have been literally impossible for Brooks to tase them while continuing to run in the direction he was running.

This indisputable and self-evident fact hasn’t stopped people from bleating moronic police apologia in my social media notifications since the shooting occurred.

Even leaving aside any debate about policing as it exists in America today, there was absolutely no excuse for Rolfe’s behavior. They had all of Brooks’ information. They had his car. They knew where he lived. They could have followed him in their car and called for backup. They could have gone in with backup to arrest him later.

But Rolfe decided to kill. After watching all these protests against police brutality raging throughout his country since the murder of George Floyd, after being confronted with all the public outrage about police killing black men day after day in news headline after news headline, after his society forced him to contemplate police violence and his role in it, Garrett Rolfe still decided to kill. After all that, he watched a black man running away from him, posing no threat to him whatsoever, and he decided to kill.

The fact that cops are so thoroughly inoculated against public demand that they change their behavior makes a complete farce of the decoy police “reform” agenda that establishment narrative managers have been actively trying to corral the current protest movement into to kill their support for police abolishment.

Let me pick up on what @staceyabrams just said. #DefundThePolice slogan is being used to divide us. She called for transformation of police, that's much stronger than just reform but not distracting like defunding. #TransformThePolice is appealing to most people & sounds strong.

There’s a feud going on in America’s new protest movement right now between those who wish to abolish, defund, dismantle, and/or disarm the police, and those who want to “reform” or “transform” the police. The former are actually pushing for a revolutionary change which actually pushes back against abusive power structures and calls for the creation of a radically different social paradigm, while the latter wants to keep policing institutions in their irredeemably corrupt state and add more funding for “de-escalation” training seminars where grown adults are told not to commit gratuitous acts of violence.

Training seminars which, it turns out, Officer Garrett Rolfe had just completed.

“According to the Georgia Peace Officer Standards and Training Council, Rolfe had recently received use of force training,” reports Atlanta news outlet AJC. “On April 24, he took a nine-hour course on de-escalation options, his record shows. And on Jan. 9, Rolfe was trained on the use of deadly force at the DeKalb County police academy.”

And yet you’ve got fauxgressive establishment narrative managers like Cenk Uygur promoting the reform agenda and calling calls to defund the police “distracting”.

I wrote the other day that “if these protests end it won’t be because tyrants in the Republican Party like Donald Trump and Tom Cotton succeeded in making the case for beating them into silence with the U.S. military. It will be because liberal manipulators succeeded in co-opting and stagnating its momentum.” This is exactly the sort of thing I was talking about.

.@NYGovCuomo suggests protesters pack it up, in light of new reforms: "People are still out protesting. You don’t need to protest. You won. You won. You accomplished your goal. Society says, you’re right. The police need systemic reform.”

People who claim these protests are the result of some kind of psyop often cite the fact that they’re being supported by Establishment liberals, mainstream media, and giant corporations, but this misses a very important distinction in the dynamic that is at play here. While it is true that these institutions have been expressing general support for the demonstrations and the idea that black lives matter, absolutely none of them are supporting the defunding or abolishment of America’s police force.  None of the empire’s ruling elites support this.

The reason you are seeing manipulation and attempts at co-option in this new movement is because that is exactly what’s happening. But it isn’t what’s driving the enthusiasm behind the demonstrations. Rather, you are seeing an attempted hijacking of an actual revolutionary agenda that actually challenges actual power institutions (including increasingly common attempts to manipulate the narrative by claiming demands to defund and abolish are actually just calls for reform).

The widespread call to abolish America’s police state, an integral part of the glue which holds the U.S.-centralized empire together, is revolutionary. It is not an exaggeration to say it’s as interesting and exciting as seeing a mainstream call to end U.S. imperialism, and it is just as threatening to Establishment power structures. The call for “reform”, in contrast, is just more milquetoast, Obamaesque fauxgressive verbiage designed to stagnate a real revolutionary change movement. It is as interesting and as threatening to Establishment power structures as saying the U.S. should push regime change in Syria rather than Iran.

Police abolishment advocates are pushing for something which would require the complete reconfiguration of power in society. It would end the prison industrial complex and the war on drugs. What we think of as policing would be mostly replaced by something more akin to social work. Police “reform” proponents are advancing a decoy agenda which people have been distracted by for generations while the police force has become increasingly militarized behind a veil of meaningless verbiage about community outreach and training programs.

It's not just that Biden doesn't want to defund the police, per his spox, its that he believes cops just don't have enough resources for reform. Would be laughable if it wasn't so dire. https://t.co/3lbnjQOBML pic.twitter.com/yCKf2iwQP9

This is where the real revolutionary energy is at in America right now, so it’s no wonder Establishment manipulators are doing everything they can to co-opt it into something innocuous which won’t disturb actual power structures in the slightest. President Barack Obama made a whole political career out of telling leftwardly inclined Americans that they’re getting what they want without actually giving it to them, and now we’ve got Democratic Party princeling Andrew Cuomo telling New York protesters “You don’t need to protest. You won. You won. You accomplished your goal. Society says, you’re right. The police need systemic reform.”

It’s textbook liberal manipulation used to steer the revolutionary zeitgeist into an impotent conceptual tar pit for another few years while the prison bars are reinforced.

As I explained a while back in my article “How To Tell Real News From Useless Narrative Fluff,” you can tell what’s really going on by watching where the money is going, where the weapons are going, where the resources are going and where the people are going. You can see in these demands for dismantling the police state a bunch of people moving around demanding to drastically change all four of these things, and you can see from the liberal narrative managers an agenda to prevent any of those four things from actually changing. And if they win out, you will be able to watch the people, police, weapons and resources continue moving in more or less the exact same way they’ve been moving.

They’re trying to replace a real revolutionary impulse with useless narrative fluff. They have learned that it is much easier to neuter such impulses with empty agreement and a bunch of insubstantial words than to tell them no and stomp them down. Hopefully, the people have learned this too.

Caitlin Johnstone is a rogue journalist, poet, and utopia prepper who publishes regularly at Medium.  Her work is entirely reader-supported, so if you enjoyed this piece please consider sharing it around, liking her on Facebook, following her antics on Twitter, checking out her podcast on either Youtube, soundcloud, Apple podcasts or Spotify, following her on Steemit, throwing some money into her tip jar on Patreon or Paypal, purchasing some of her sweet merchandise, buying her books “Rogue Nation: Psychonautical Adventures With Caitlin Johnstone” and “Woke: A Field Guide for Utopia Preppers.”