The vice president is drawing criticism for an op-ed  in The Wall Street Journal praising Trump’s leadership and slamming the media for sounding alarm bells over a second wave of infections. 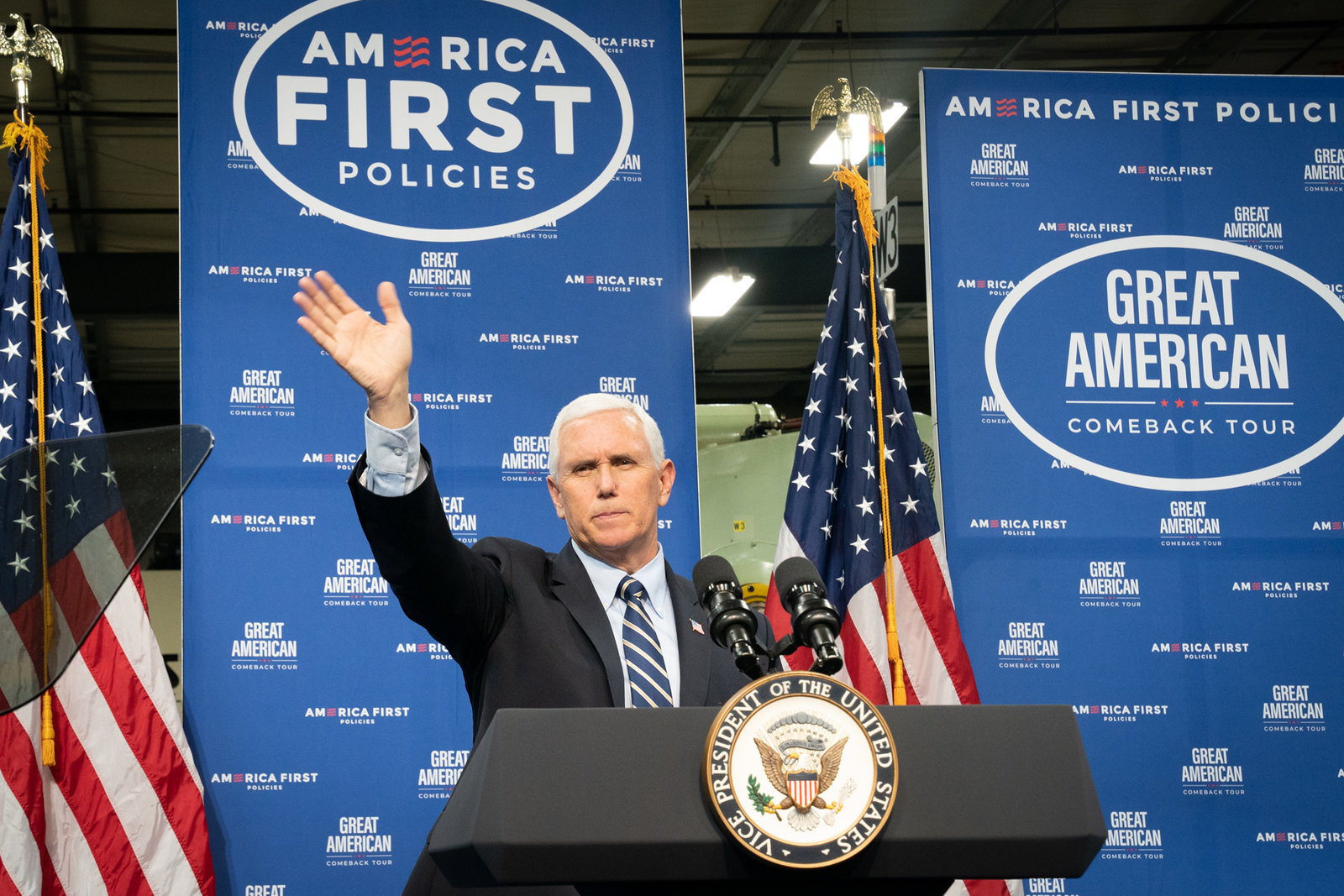 A day after encouraging governors to parrot White House falsehoods about why Covid-19 cases are spiking in states across the U.S., Vice President Mike Pence on Tuesday dismissed fears of a devastating resurgence of the coronavirus as “overblown” — contradicting repeated warnings from the nation’s top infectious disease expert — and declared “we are winning the fight against the invisible enemy.”

In an op-ed for The Wall Street Journal, Pence praised “the leadership of President Trump” and slammed the media for “sounding the alarm bells over a ‘second wave’ of coronavirus infections.”

“The media has tried to scare the American people every step of the way, and these grim predictions of a second wave are no different,” Pence wrote. “The truth is, whatever the media says, our whole-of-America approach has been a success.”

The vice president did not mention the staggering Covid-19 death toll in the U.S. or the recent surge in cases reported by Texas, Florida, Arizona, Nevada, Alabama, North Carolina, Oklahoma and other states.

Some critics said the headline of the op-ed — “There Isn’t a Coronavirus ‘Second Wave” — is accurate, but not in the way Pence intended.

“Pence’s point that there’s been gradual progress is correct, but he glosses over why experts are worried,” wrote Benjy Sarlin of NBC News. “It’s not just a ‘second wave,’ it’s that we never successfully ended the first and even a plateau means a horrifying number of deaths ahead.”

In a series of tweets late Tuesday, Sen. Elizabeth Warren (D-MA) said the message of Pence’s op-ed is “as pathetic as it is reckless.”

“You’re just going to close your eyes, plug your ears, and pat yourself on the back for the public health catastrophe under your watch?” wrote Warren. “Coronavirus keeps spreading across the country. Hundreds of Americans are still dying every day… Pence shouldn’t be celebrating—he should be making a plan.”

“The White House ignored the threat of Covid-19 until it was too late to stop it, left states without the equipment to fight it, and didn’t track its spread to contain it,” Warren added. “Now they want to wave a magic wand and declare ‘Mission Accomplished.’ Wake up and get to work, VP Pence.”

So that’s it, @VP Pence? You’re just going to close your eyes, plug your ears, & pat yourself on the back for the public health catastrophe under your watch? This is as pathetic as it is reckless. https://t.co/qDhLpg7sbG

Amid the rise in Covid-19 cases and hospitalizations, Trump on Tuesday touted the reopening of businesses in states across the U.S. and proclaimed, “We’ve done incredibly well.”

“We’re doing well,” Trump said in a speech at the Rose Garden of the White House. “Things are happening that nobody can even believe. Our country is opening up. And it’s opening up rapidly.”

Against the advice of Oklahoma public health officials, Trump is planning to hold an indoor campaign rally in Tulsa on Saturday—the president’s first major campaign event since the Covid-19 pandemic shuttered much of the country in March.

During a roundtable discussion in the Cabinet Room of the White House on Monday, Pence— who is planning to attend the Tulsa rally — falsely claimed that Oklahoma has “flattened the curve.” As The New York Times reported, the state has seen “an obvious and steep rise” in Covid-19 cases since relaxing social distancing measures last month, “making it one of 22 states where case counts were growing.”

“It’s a perfect storm that we can’t afford to have,” said Dart.

In a column for The Week on Tuesday, Ryan Cooper wrote that contrary to Pence’s rosy depiction of the nation’s fight against Covid-19, “exponential outbreaks are clearly in progress once again in many states, and they could easily spread to others.”

“Judging from the eagerness of many states to ditch their lockdown measures, the continuously AWOL Trump administration, and the blitheness much of the population is showing about containment precautions,” Cooper warned, “it might even be more likely than not.”