In consultation with a range of scientists and engineers, Vijay Prashad offers a guide to the virus and some possible antidotes. 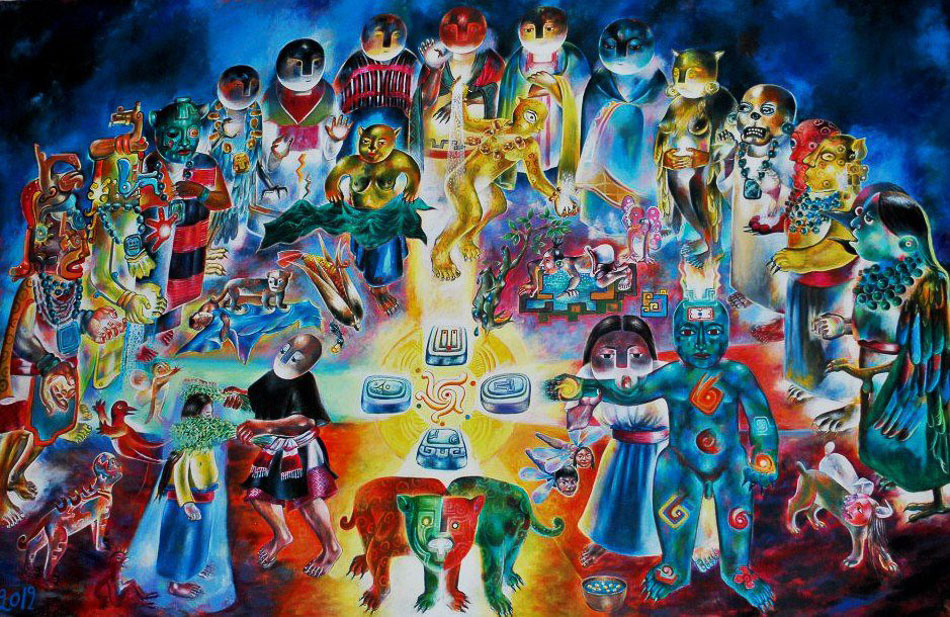 The coronavirus continues its contagious march across the planet: almost 425,000 known deaths and over 7.6 million people infected. Recently, in the Bay of Bengal, Cyclone Amphan made its fierce landing, its immense energy tearing a corridor through Bangladesh and India (Odisha and West Bengal). [And the U.S. is in turmoil over racial injustice.] If you do not feel for humanity in this period, you have forgotten to be human. 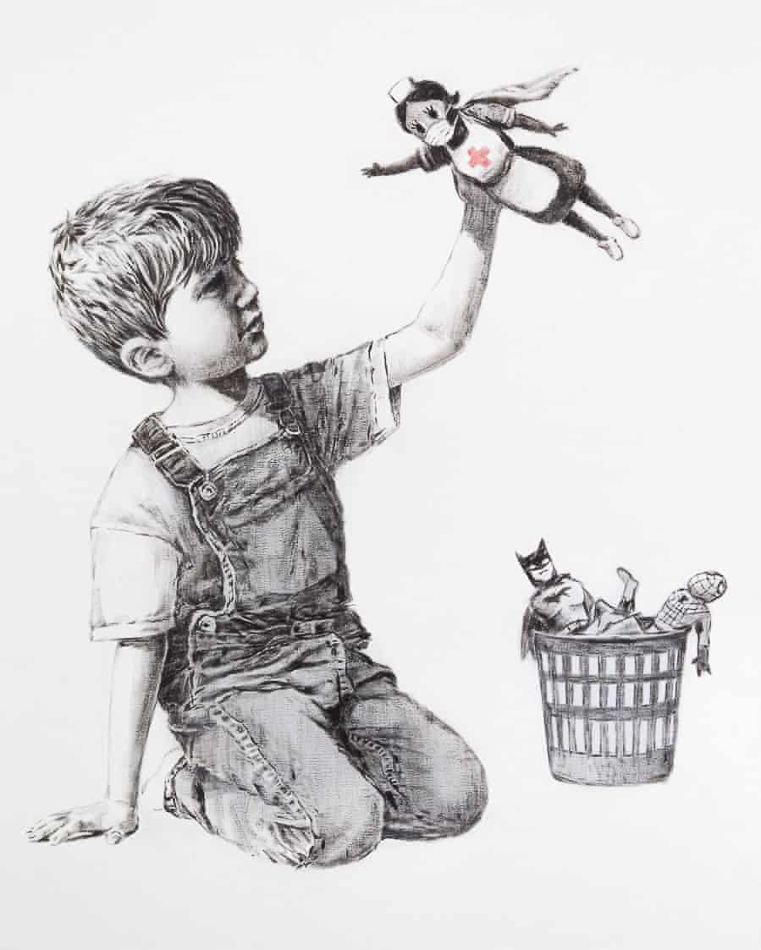 At Tricontinental: Institute for Social Research, we continue with our studies on CoronaShock, which illuminate why the capitalist order has spluttered before this pandemic, while the socialist sections have recovered much faster.

In 2005, the former International Monetary Fund economist Kenneth Rogoff wrote, “The next great battle between socialism and capitalism will be waged over human health and life expectancy.” Our assessment is that one of the reasons for the advances in the socialist parts of the world, despite their economic poverty, is that they take science seriously. For that reason, in consultation with a range of scientists and engineers, we have produced Red Alert #7 to explain the virus and antidotes to it. 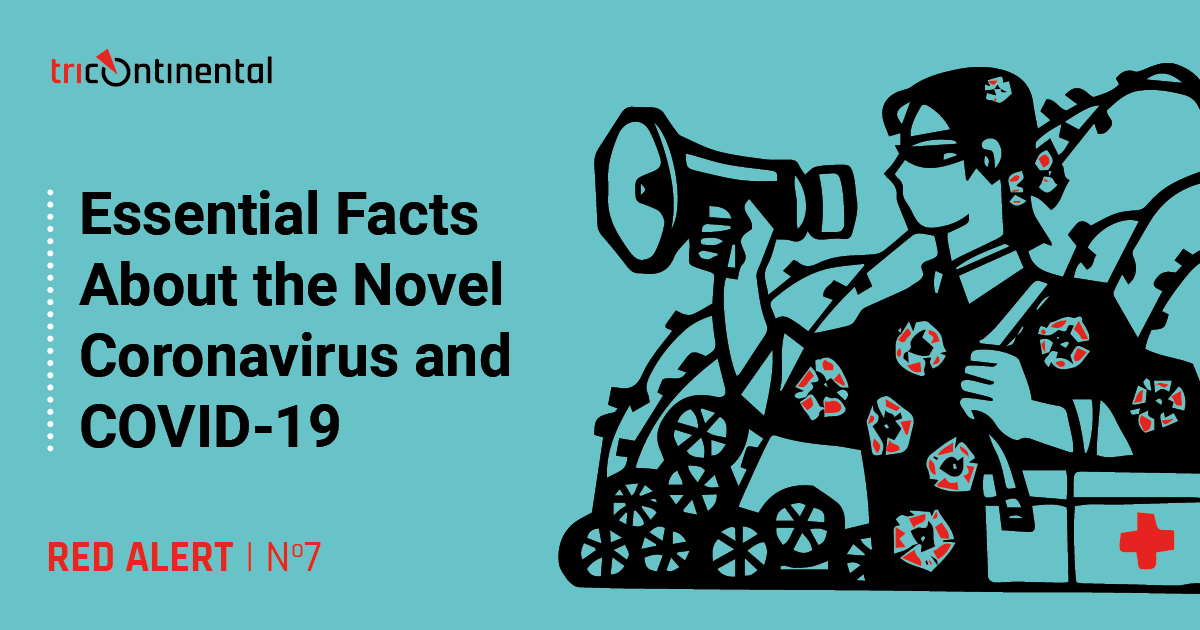 Virus and bacteria are two major kinds of microbes infecting humans. Bacteria are one of the oldest living organisms and have all of the necessary components to live and reproduce. Only a small number of bacteria cause human disease; many of them are good bacteria. Some are even necessary for our survival.

Viruses are not defined as fully living organisms, as they cannot reproduce by themselves. They are a small bit of genetic material contained in a protein envelope. They are also generally much smaller than bacteria.

Viruses are genetic parasites that need other living cells to reproduce themselves. When they invade the cells of their host, they hijack the cell’s biochemical machinery to make a very large number of copies of themselves. These copies are then released from the cell, sometimes killing it in the process, then infecting other cells and repeating the cycle.

Bacteria are easier to kill, as they have their own distinct chemical processes that drugs can attack, and they reproduce more slowly than viruses. We have a whole host of medicines, from the older sulfa drugs to other antibiotics, that successfully control bacterial infections in our bodies. 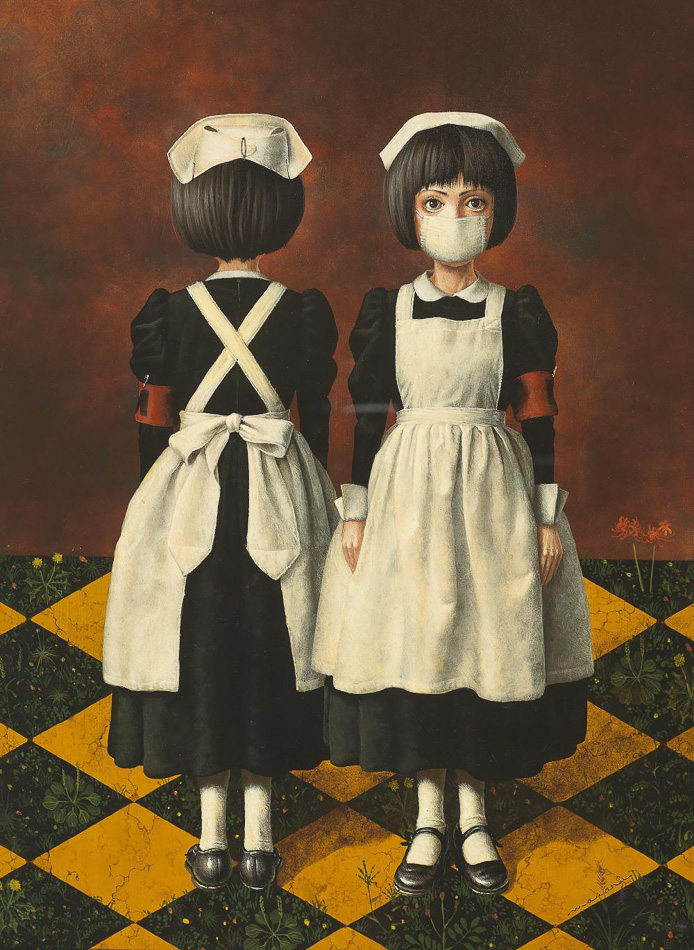 SARS-CoV-2 belongs to a family of viruses called coronaviruses that usually infect mammals and birds. There are seven coronaviruses that infect humans, four of which have crossed over earlier. SARS-CoV-2, the virus that causes the disease Covid-19, is one of the coronaviruses; it has spiked projections on its surface, which resemble a crown or corona when studied under a microscope.

The chances of viruses crossing over from other species to human beings increase if these species are in close contact with us. Therefore both factory farming and live markets of animals and birds provide opportunities for such transfers, which are called zoonotic transfers.

Bats often serve as a major reservoir of these viruses. The crossover from bats to humans can happen directly, or it can happen through other animals acting as intermediate hosts. Cats, monkeys, pangolins, and dogs can also harbor such viruses, and therefore can act as intermediaries between bats and us. Several viruses – such as Ebola, rabies, encephalitis, SARS (now renamed as SARS-CoV-1), Chikungunya, Zika, and Nipah — have jumped from bats to humans in this way.

Apart from bat viruses, some of the other viruses that have caused epidemics in humans come from birds and pigs. The most well-known virus group that is shared by pigs, birds, and us, is made up of the different strains of flu viruses. It was a swine flu or bird flu that was responsible for the 1918 Spanish flu, which probably started in Kansas. It also caused the 2009-2010 pandemic that started in North America, infecting approximately 1.6 million people and killing an estimated 284,000. The deadly H5N1 influenza, which is currently seen to be a major threat, is a combination of swine and avian flu. It spreads through birds and then to the human population through domesticated ducks, poultry or poultry farms.

As viruses do not have the full mechanisms of a living cell, they use those of host cells. Viruses have either DNA or RNA. DNA carries our genetic code, while RNA uses this genetic code to produce the proteins that our body needs. RNA viruses include hepatitis C, Ebola, SARS (both variants), influenza, polio, measles, and HIV, which causes AIDS. The novel coronavirus – or SARS-CoV-2 – is an RNA virus. 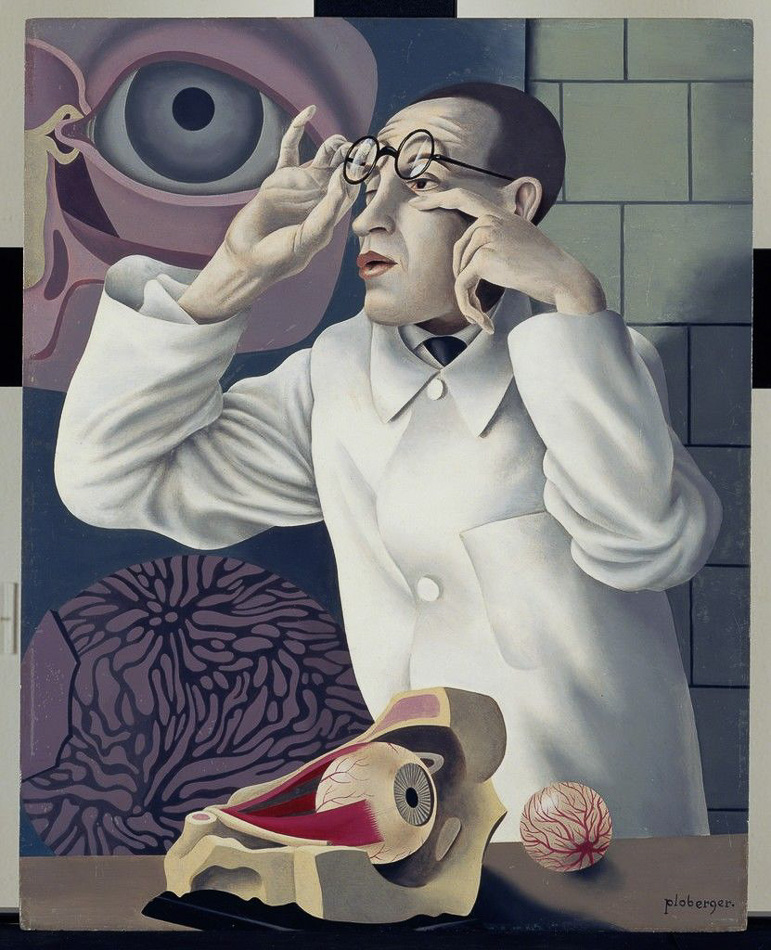 SARS-CoV-1 and MERS-CoV-1 both had much higher mortality rates than SARS-CoV-2. In SARS, the infection to fatality rate (people dead out of the total infected) was 11 percent, while in MERS, it was approximately 35 per cent. In comparison, SARS-CoV-2 or Covid-19 deaths are in the region of 1 percent – much less than SARS or MERS. However, this is significantly higher than the flu, which has an infection to fatality rate of less than .1 percent.

SARS-CoV-2 is dangerous, as it is easily passed from one person to another. It is this ability to transmit easily from one infected person to another that leads to a very large number of infections, and therefore to a very high level of total deaths. SARS-CoV-2 affects people over 65 much more seriously. The higher the age group, the more likely they have other risk factors such as heart disease, diabetics, cancer, asthma or other chronic diseases. It is this – among other risk groups, such as those who are immune compromised or have existing respiratory conditions – that is seeing a much higher death rate in the Covid-19 pandemic. This has been compounded in countries with a large presence of nursing homes, where elderly patients with weak immune systems and many chronic diseases live close together, fueling the spread of the infection. But this does not mean that Covid-19 is dangerous only for the elderly.

SAR-CoV-2 has more effectively adapted itself to its human hosts than SARS-CoV-1 and MERS have. When the current version of the Covid-19 virus mutated, either in us or in a yet-unknown intermediate host, it became particularly effective in binding itself to human cells. The spike protein on the surface of SARS-CoV-2 binds to the ACE-2 receptors that lie on the surface of a large number of our cells, from the lungs to our liver, kidneys, and intestinal tract.

The initial infection is most likely to occur through airborne particles carried in droplets released by those infected. Therefore, the initial infection takes place in the nose, throat, or upper respiratory tract. If the body can fight the infection there and defeat it, it may exhibit itself only as a mild throat irritation, dry cough, or mild fever. Quite often, people who are infected do not even show symptoms; they are asymptomatic. But both those who have mild symptoms or are asymptomatic can infect others.

In most people, Covid-19 is not a serious disease. But in a small proportion of cases, the infection travels to the lungs – the lower respiratory tract – triggering pneumonia. The lungs in such patients show a ground glass effect visible in CT scans. For older people, it can also be accompanied by secondary bacterial infections.

In some cases, Covid-19 becomes particularly dangerous when it causes the immune system to overreact and go berserk. This heightened immune response not only attacks the infected cells, but also the healthy cells, creating what is called a cytokine storm and damaging the lungs even further. It is the cytokine storm triggered by the flu of 1918-20 that caused its high mortality. Further, as the SARS-CoV-2 spike protein can bind to other organs in the body by attaching itself to the ACE-2 surface receptor, it also attacks other vital organs and can contribute to multiple organ failures. 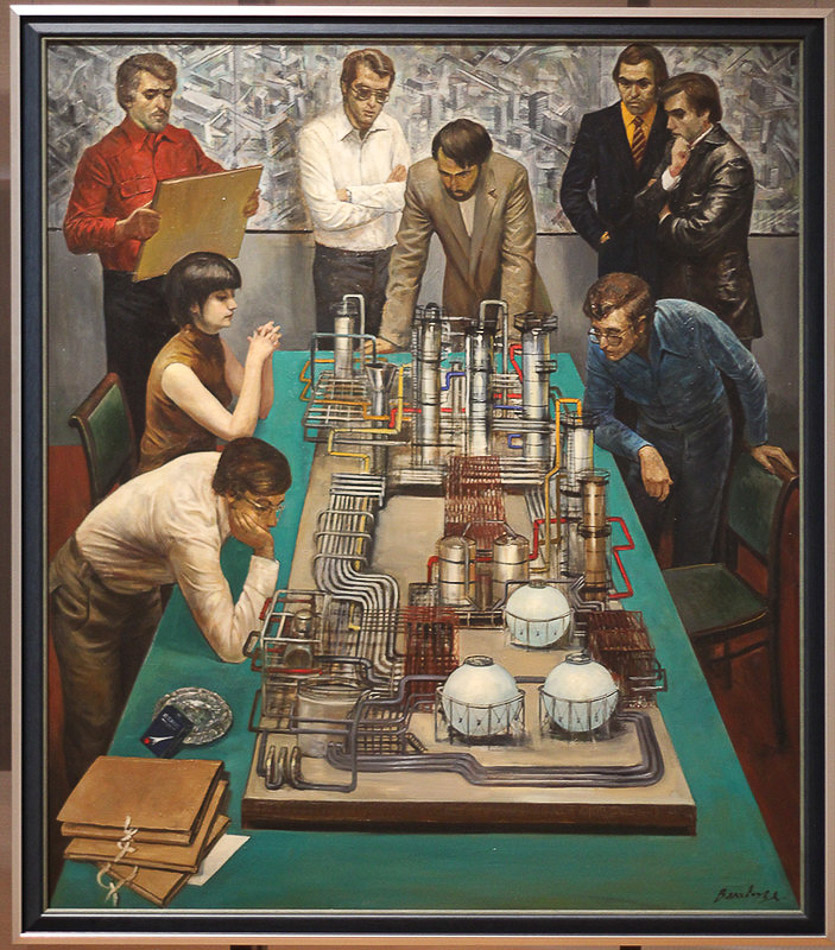 Viral infections are fought largely by the body’s disease fighting mechanisms. Our antibodies and T cells fight any external invasion, whether by a bacteria or virus. Vaccines trick the body into creating antibodies in our system to fight against infections of specific viruses. The body’s immune system remembers the invaders introduced by the vaccine and knows how to fight the actual infection when it presents itself. For viral diseases, real herd immunity comes from vaccination, which protects a significant part of the population and thereby breaks the transmission chain.

Research institutions and companies are taking different approaches to vaccines. One set of approaches is to use existing technologies – that is, live, inactive, or parts of the viruses to trigger the creation of antibodies. These vaccines are well-known. The other approach is to use the advances in genetic engineering to create new types of vaccines. Both sets of vaccines are entering clinical trials. Most candidate vaccines fail during the clinical trial phase of vaccine development; they may not develop antibodies, the effect may be too small, or they may even trigger negative responses such as an even more serious infections than would have taken place without the vaccine. Vaccine development can take a minimum of 12 to 18 months.

Vaccines are often developed with full patent protection to make profits for private pharmaceutical companies, even though large amounts of public money are invested for their development. Philanthropic capital – which has floated bodies such as GAVI (The Vaccine Alliance) – claims that it supports public good, but has refused to accept that vaccines should be available without any patent protection. China, on the other hand, has said that it will break the chains of patent protection and offer a vaccine as a public good.

Once a drug works, or a vaccine is developed, duplicating it is within the powers of any scientifically developed country. The “protection” against such developments is in international treaties and geopolitics (such as in the World Trade Organisation’s Trade-Related Intellectual Property Rights or TRIPS).

Existing drugs are being repurposed to fight the SARS-CoV-2 virus. Human trials will teach us if these repurposed medicines are effective. Several drug trials are in progress, such as a set of drugs being tested through the ‘Solidarity Trials’, launched by the World Health Organization and partners. 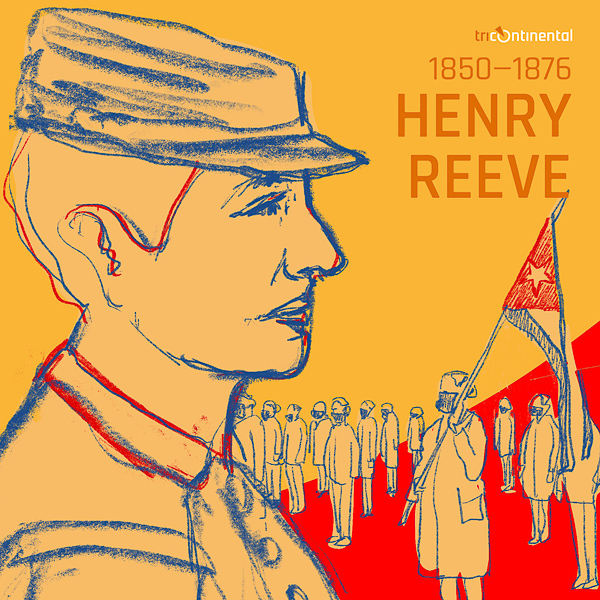 Armed with a faith in science and medical knowledge, over two thousand Cuban doctors in the Henry Reeve International Contingent of Doctors Specialized in Disasters and Serious Epidemics have traveled across the world to fight the pandemic on the frontlines. The Contingent, formed in 2005, is named after a U.S. soldier who fought in the Cuban Army of Liberation between 1868 and 1878. His internationalist commitment inspires the Cuban medical personnel. The suffocating air of jingoism and racism is not for them; their internationalism and their commitment to science is what confirms our faith in humanity. Code Pink has called for the Cuban medical workers to receive the Nobel Prize for Peace. We hope that this will be the case.

This article is from the Tricontinental: Institute for Social Research.

9 comments for “COVID-19: If You Do Not Feel for Humanity, You Have Forgotten to Be Human”