This book by Kim Ghattas, “Black Wave: Saudi Arabia, Iran, and the Forty-Year Rivalry That Unraveled Culture, Religion, and Collective Memory in the Middle East,” has received rave reviews.  But it does not weave together as a book at all.

The subtitle tells the problem: the author wanted to compile her reporting over two decades and pretend they fit into a coherent narrative. The author was a BBC correspondent, in Beirut and then in Washington, D.C., and wrote a star-struck hagiography of Hillary Clinton. 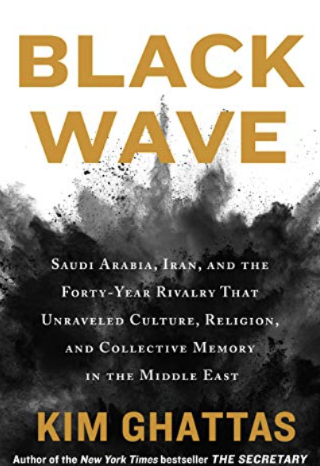 Ghattas represents a trend of native journalists who realize the only way to reach Western media is by internalizing the biases and orientations of Western correspondents in the Middle East. Worse, the native reporters feel they have to outbid the Westerners in their racism, bigotry and hostility to the causes many Arabs hold dear.

In her book on Hillary Clinton, “The Secretary,” Ghattas explains her outlook right away: that she is not a full-fledged native of Lebanon. She informs the reader that her mother is Dutch (not sure why that is relevant) and that she is secular and “connected to the West” (p. 2) and that for her, Europe and U.S. represented hope (not war, destruction, occupations and Zionism).

She goes further, “informing” the reader that she — unlike “many” of her compatriots — never identified with “the Soviet Union, Iran or Syria.” The link between Iran and the Soviet Union can only be there to assure Western readers  that she disliked all enemies of the U.S., even while growing up in the Middle East. (Mainstream media and D.C. think tanks loved the book, as you can read from the praise on her website.)

For somebody who is (at least partly) connected to the region, she is woefully ignorant of the culture and also hostile to the religion of Islam.  Her treatment of Islam in the book would have been branded anti-Semitic had she discussed religious Jews the way she talks about religious Muslims.

This is someone whose bigotry prompts her to qualify any praise of a Muslim who is pious. At one point, for instance, she writes favorably of a “pious but progressive” Muslim Arab. And the man she happens to like is none other than Ma`ruf Dawalibi, a reactionary adviser to the Saudi king who was a chief propagandist against communism and socialism during the Cold War (p. 102). She adds that he married a French woman as a sign of his progressiveness.

But this is not surprising in this book: all her Arab heroes either work for the Saudi regime or write for (and/or appear in) Saudi regime media (Jamal Khashoggi, Hazem Saghieh, Badia Fahs, Baysan Ash-Shaykh, Subhi Tufayli, Hani Fahs — and many others are listed in the acknowledgement section).

Her problem with — or phobia of — Islam is manifested in so many ways.

For one, she has a deep problem with the veil. She is obsessed with the veil: who dons it and who removes it.  For her, removal of the veil is a sure sign of liberation and she doesn’t give Muslim women agency.  She even goes as far as claiming that Egyptian actresses who retired from film and wore the veil (which is a small percentage of Egyptian actresses) were motivated by lucrative bribes. Those rumors were often spread against them but it is not beneath Kim Ghattas to report rumors (p. 165).  The “black wave” of her title is the sight of the black veiling. 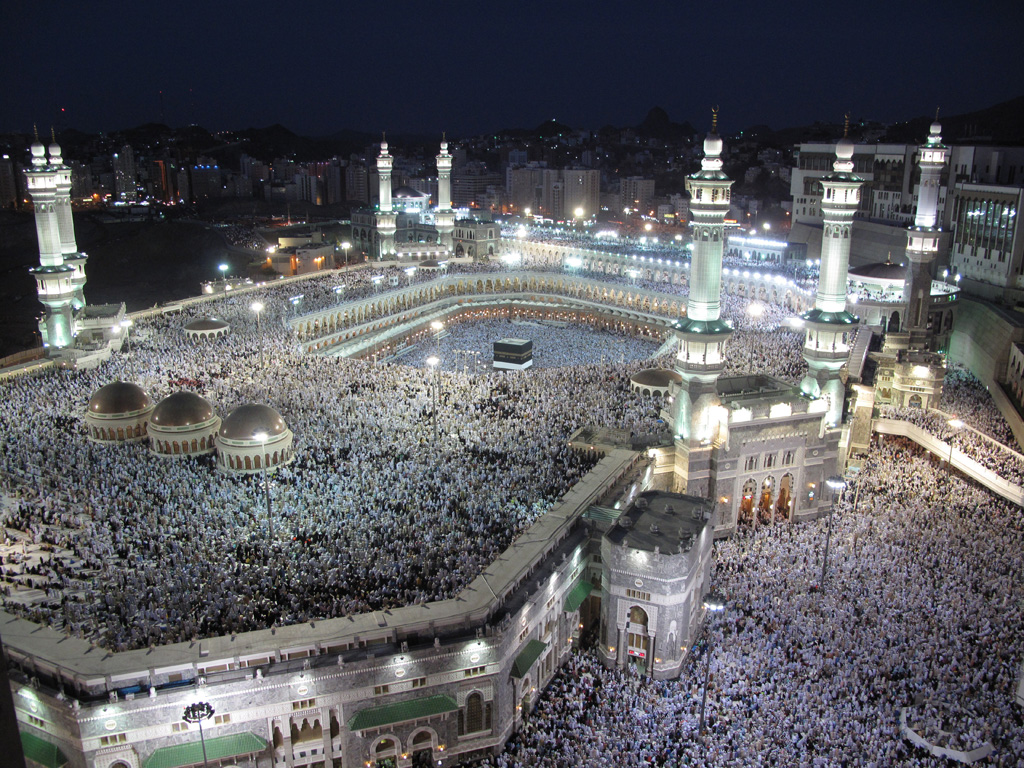 She is also quite ignorant of basic Islam and yet this book deals with many aspects of the religion. Astonishingly, she does not know that Wahhabiyyah is strictly not within the Hanbalite school of jurisprudence and—from the standpoint of Wahhabiyyah—all schools of jurisprudence were a deviation from the true Islam.

She assumes that Hizbullah “prolonged” the process of mourning known as the rituals of “Ashura” (p. 203) which she describes as “one period of wailing and chest thumping.” Can you imagine her mocking Jewish rituals in this fashion, and not (rightly) facing a backlash in the media? But when the target is Islam, one can get away with mockery and vilification.

But this book has other problems: it lacks credibility.  As a journalist in Beirut the author supported March 14, the right-wing coalition set up by the U.S. and Saudi governments, and never hid her admiration for corrupt pro-Saudi politicians, such as Walid Jumblat, Fu’ad Sanyurah, and Rafiq Hariri.

Ghattas is easily conned by her interlocutors and does not bother to verify information.  The most glaring case is that of Husayn Husseini. She portrays the Lebanese politician as an influential regional Shiite leader when, in fact, his only claim to fame was serving as a leader of the Amal movement from 1978 until 1980 and then being installed by the Syrian regime as speaker of parliament to replace Kamil As`ad in 1984.

Husseini (or one of his two children who are listed in the acknowledgements) tells the author tall tales throughout this book. He claims he resigned from Amal when he in fact lost the election in 1980 to Nabih Berri (p 113).  Ghattas  makes him into a courageous opponent to Hizbullah when he actually used to run on Hizbullah’s parliamentary lists in Baalbak. She does not note (because she does not know) that Husseini  has consistently supported Hizbullah’s right to arms and never vocalized opposition to it, her opposing propaganda claims notwithstanding.

Ghattas claims that Husseini used to have influence on the Ayatollah Khomeini, Iran’s former supreme leader, even in the 1960s (p. 25). This is laughable because Husseini (who was not elected to parliament until 1972 and was unknown till then) was in his 20s at the time. She claims that Husseini educated Khomeini on Palestinian and Lebanese affairs and that his family were behind the circulation of Khomeini cassette tapes in the world. 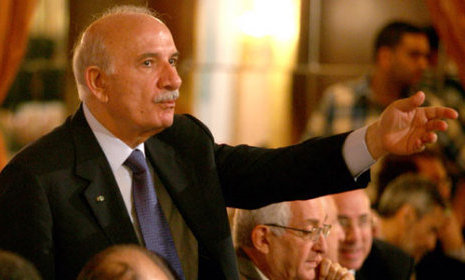 I only mention the example of Husseini to maintain that this author (and this book) can’t be trusted at all.  She makes numerous unsubstantiated or bombastic claims.

Ghattas, for example, mentions that Imad Mughniyyah has a “good sense of humor” (p. 112). How would she know that? Did she exchange jokes with him? She claims that Jean-Paul Sartre once claimed that “I have no religion, but if I had to pick one it would be Shariati.” (p. 33).  There is no evidence that Sartre ever said that (although it did appear in a French magazine) and it certainly does not sound like something that Sartre would ever say.

There are two themes in the book really.  One: the U.S. and Israel have no role whatsoever in Middle East affairs. Her contention is that all the conflict, turmoil and bloodshed in the region are the work of Muslims fighting each other.

Ghattas realized in the conclusion — and only in the conclusion — that it may seem glaring that she left out the U.S. entirely from her narrative.  How does she explain that? By maintaining that Saudi Arabia and Iran have “agency” (p. 274), as if the U.S. empire does not.  In her version, the U.S. has merely made “mistakes” (p. 274) and its invasion and occupation of Iraq were also merely “misguided” (p. 188).

This is empire advocacy, pure and simple. Furthermore, in talking about the Pakistani or Saudi regimes’ promotion of Islamic conservatism and fundamentalism she does not concede that the U.S. was a major partner (and driver) for the duration of the decades of the Cold War in this campaign against Arab leftists and communists. If anything, conservative Middle East regimes invested in promoting fundamentalist Islam because it was a key part of U.S. foreign policy (See Joseph Massad’s “Islam in Liberalism.”) 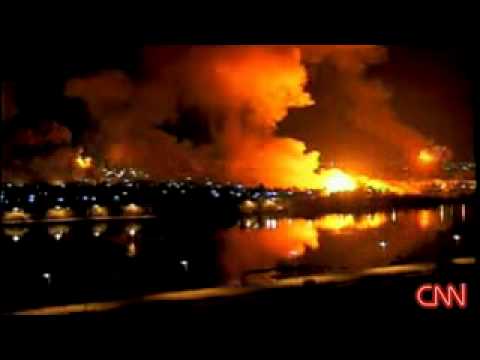 As for Israel, it has no presence in this book and one gets the impression that Ghattas perceives Israel as a mere victim of Arab terrorism.  She clearly harbors animus toward the Palestinian people (which is not uncommon among right-wing Lebanese nationalists) and claims that Palestinian resistance in Lebanon deliberately and exclusively targeted civilians in occupied Palestine who were from Lebanese territory (p. 113).

Successive brutal Israeli attacks on Lebanese civilians don’t trouble this reporter.  Even when Israeli historians now admit that many of the Palestinians were forcibly expelled by Zionist troops in 1948, her account had the Palestinians simply “fleeing” (p. 24) from their homeland.

The second theme is that the Iranian regime is largely responsible for the Sunni-Shiite conflict in the region.  While she does not subscribe to the narrative of Muhammad Bin Salman — to the effect that the Saudi regime only promoted Islamic fundamentalism in response to the Iranian revolution — she does absolve the Saudi royal family of responsibility by implying that the royals were helplessly under the sway of the extremist clerics, when the reverse was true. Clerics have always been tools in the hands of the royals, and if they dissent the regime quickly cracks the whip.

Her account does not harm the Saudi narrative because her obsession is consistently targeted against the Iranian regime.  In fact, she harbors clear nostalgia for the regime of the Shah. In her book, the Shah appears horrified at the sight of the violence employed by his own regime, which she blames on the Islamic opposition (p. 24).

In sum, this is an unreliable book and there is no space to count the lies, fabrications and falsehoods.

She claims that Hizbullah banned political parties, music and alcohol from South Lebanon, which I can personally refute, since members of my own extended family, the AbuKhalils, continue to live there, belong to secular political parties and enjoy music, alcohol and dance.

She claims that Shiites fought the Israelis for God only, while non-Shiites fought for the nation (p.121).  And her documentation — if we can call it that — is based on Western newspapers and interviews with Saudi officials and regime journalists, or with Arabs who work for and support Saudi policies (she lists three Saudi princes she interviewed for this book while not bothering with people from the Iranian regime.)

The same goes for the Hizbullah leadership, with the exception of a former Hizbullah official who now is part of the Saudi axis.  Sadly, the book will be well received because U.S. and Israel come out favorably, while their enemies are the object of her bitter hostility.  This will fit the D.C. Establishment narrative.

← UPRISING: The Democratic Party Exists To Co-Opt & Kill Authentic Change
LETTER FROM LONDON: What Made Dominic Cummings Dash to Durham? →

6 comments for “THE ANGRY ARAB: Distorting the Iranian-Saudi Conflict”