Here comes the front edge of a new era, one in which America finally falls off its horse, its global standing properly diminished. 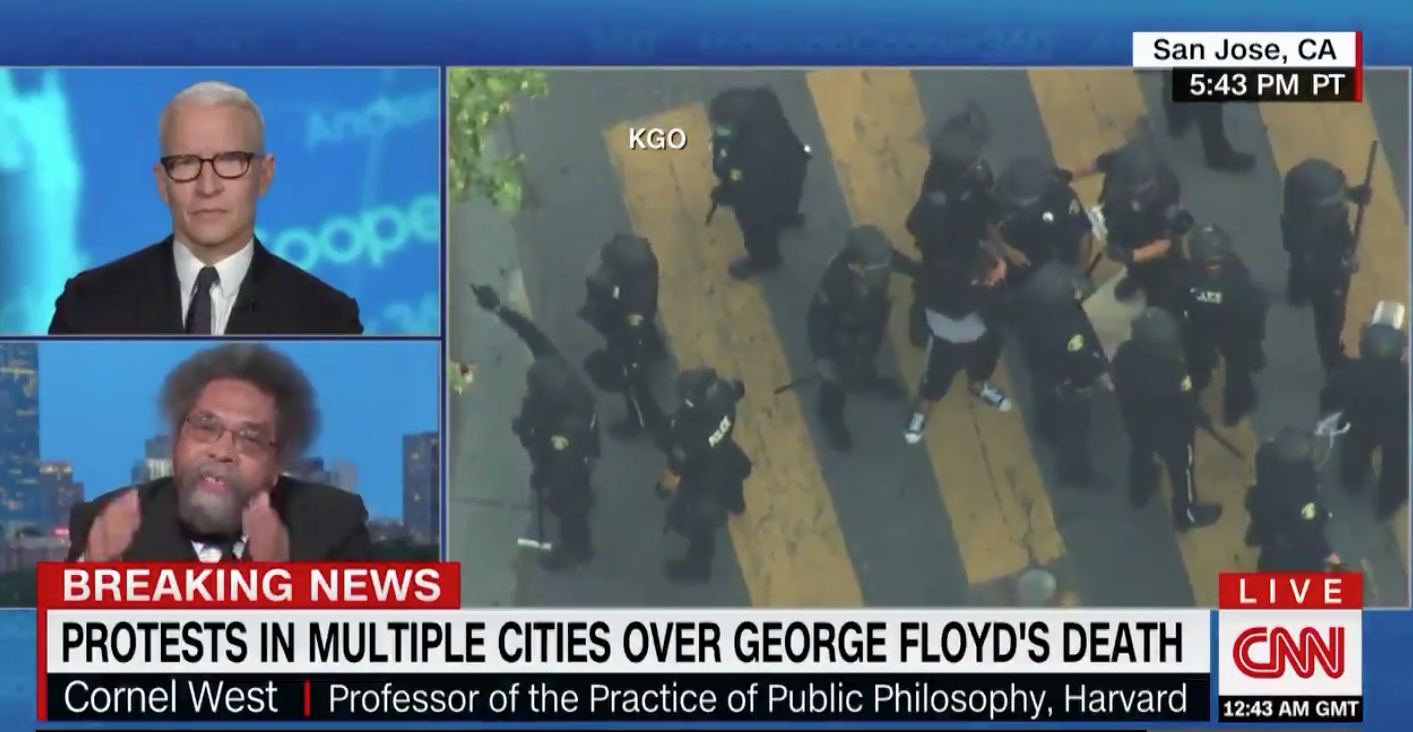 “The American experiment” is a familiar phrase among us. When we reference it, we do so fully confident that it has proven out: America is an enduring success. But our moment — in its largeness, its immense consequence — faces us with the prospect that our great 18th-century experiment now comes to its historic denouement. Experiments, by definition, are just as liable to fail as to succeed. Is it our fate to join the sad list of failed or failing states?

That is Cornell West’s take on our perfect storm of calamities. “I think we are witnessing America as a failed social experiment,” the Harvard philosopher said in a remarkable appearance on CNN’s Anderson Cooper program a couple of weeks back. It says something about the gravity of what is going on around us that Cooper invited the plain-speaking West on the air and that his employer consented. Cooper and CNN profess America’s righteous success with unflagging loyalty to the orthodoxy.

Whether or not our troubled republic is failing in a way that will land us in the history books — and in my view it is — there is one feature of this spring’s back-to-back disasters that is to be affirmed. Let us now praise the precipitous decline in American power and global primacy as hastened by the Covid–19 pandemic and now the crisis playing out on American streets.

The failure of empire is a dead certainty. There is no reversing this, however long and messy the collapse will prove, and long and messy are about it. Imperial decline is to be celebrated without reservation.

This waning of American authority is now starkly evident across both oceans. The Europeans, setting aside the sycophantic British, have been restive within the American embrace for decades. At last they appear set to go their own way.

The Chinese were never going to cave to U.S. intimidation and threats. Now they openly defy Washington’s hopelessly miscalculated campaign to “contain” them.

These are excellent developments. Who would have guessed that our tragic failures at home would precipitate our worthy-of-applause failures abroad? At this point, it is to be noted, the two are inseparable.

America’s unique brand of “free market,” profit über alles capitalism has proven abjectly unprepared to manage a mass public health crisis. The demonstrations we are either part of or watch daily on our streets go to the same point; so do the violent responses of local police departments — and now the creeping threat of de facto martial law.

Race is the immediate issue; behind it we find the failures of our radical neoliberalism — poverty, inequality, malnutrition, unlivable wages next to  vulgar accumulations of wealth, poor schools, collapsing infrastructure, mass deprivation of medical care. 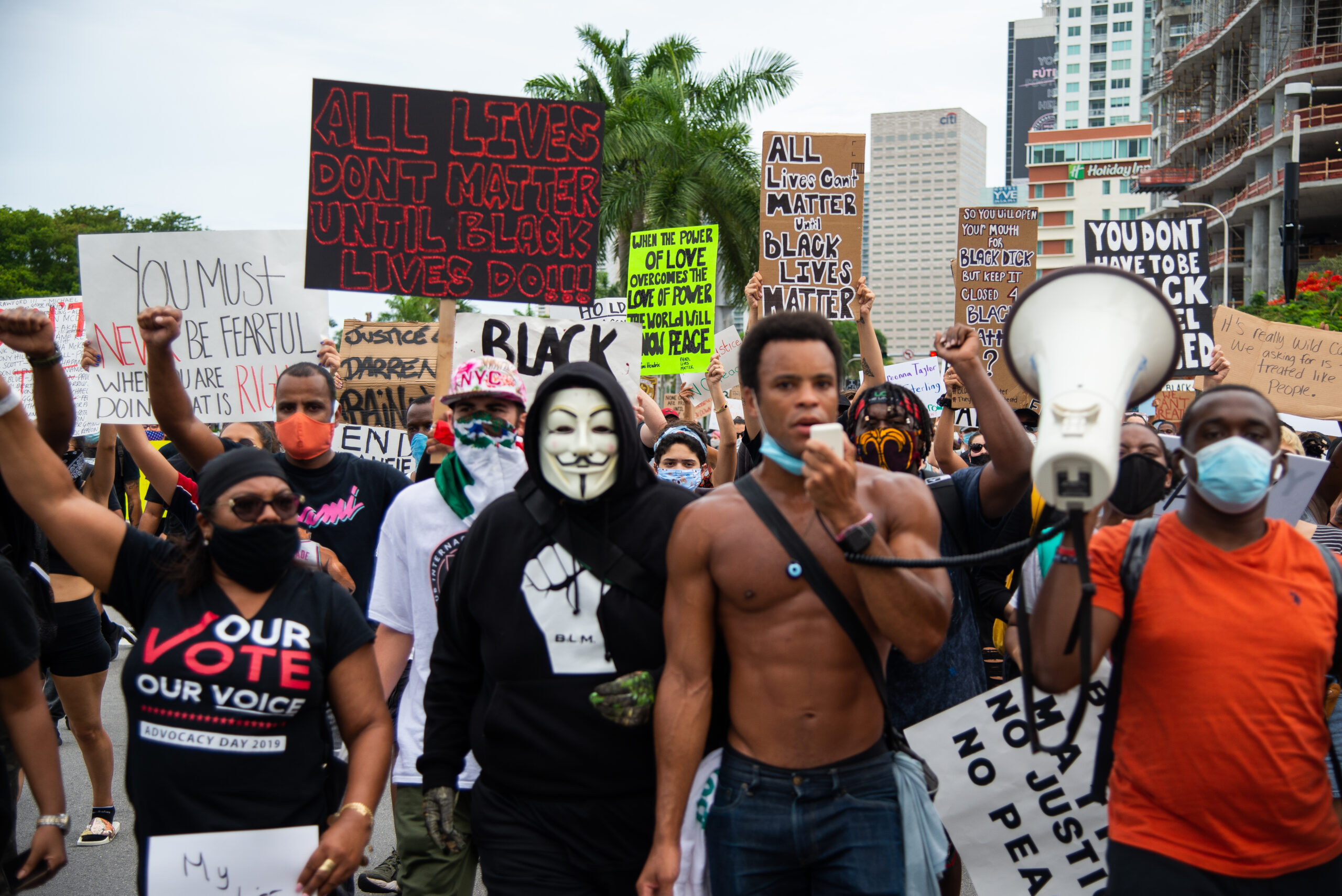 The world is watching closely now. Others have not been propagandized such that they do not see what lies in plain sight. They no longer confuse might with right: It is self-evident now that our nation is powerful but at the same time weak, the paradox being merely apparent, not real.

Given the bedrock importance of our long claim to moral authority — “City on a Hill,” beacon of the world, and all the other fanciful rubbish — the stunningly swift collapse of this authority is of fundamental consequence. Does anyone think our decadent leadership is capable of reconstituting this presumption? Out of the question, given our national pose was bogus from the first. This is what makes ours a turning point.

Let us ask ourselves: Have the Danes or the Italians or the French or the South Koreans, or the Chinese, or, or, or swooned into mass unemployment while failing to deliver benefits to many millions who deserve them? Have they deprived as many of health care when it is urgently needed? Have they incurred unmanageable trillions in public debt? Have they given billions of dollars to corporations in no need of assistance? Do their corporations indulge in embarrassingly raw displays of greed? Are they about to begin a nationwide wave of evictions among those who cannot make the rent?

Do any of these nations now face nationwide protests over discrimination, official violence, or the grinding deprivations underlying our national discontent? This hardly bears asking.

The Price of All This 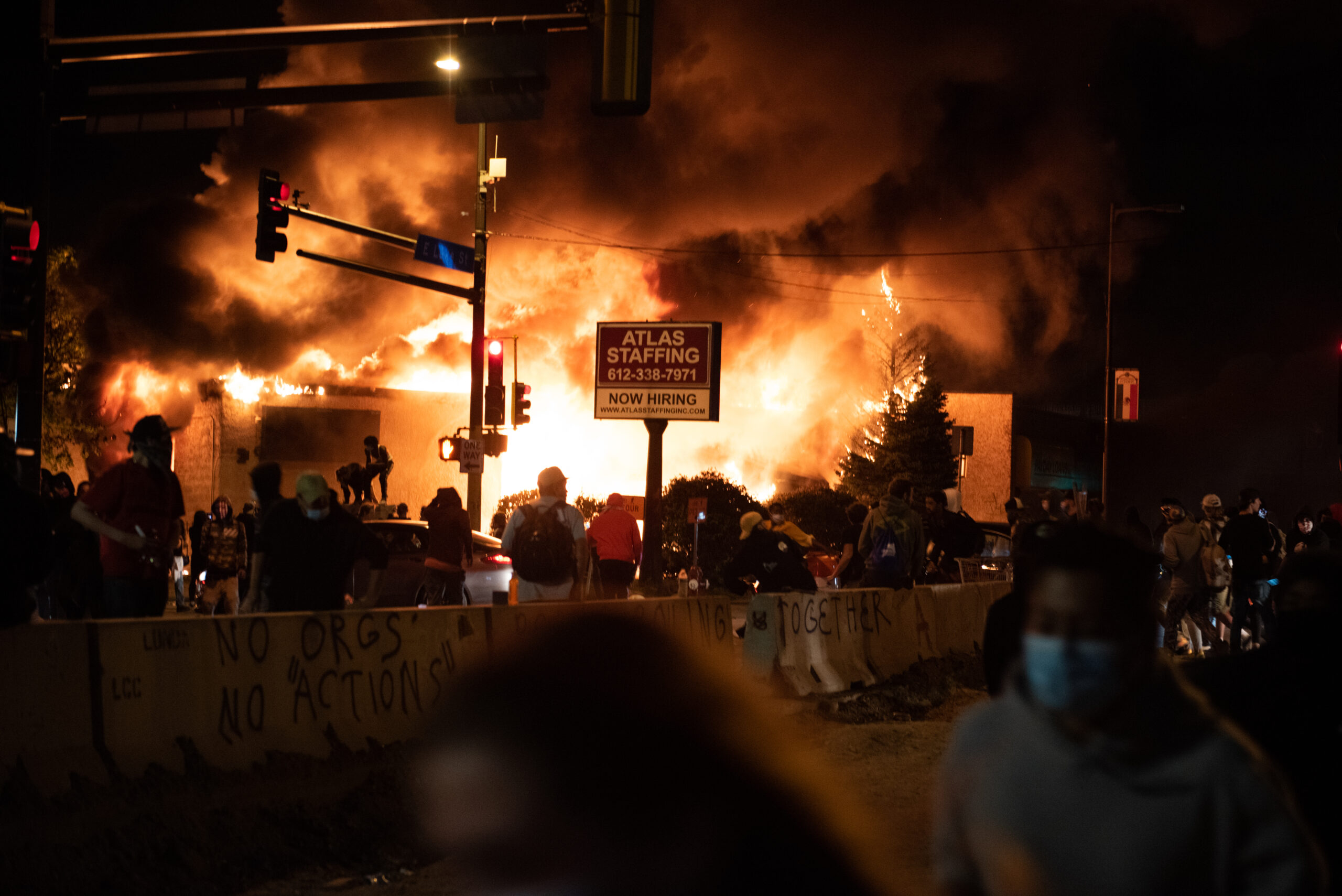 Here comes the price of all this. Here comes the front edge of a new era, one in which America finally falls off its horse, its global standing properly diminished. Let it be, let it be, given how consistently Washington has abused the privilege that fell to it after the 1945 victories.

Europeans have for years nursed their resentment of America’s overweening assertions of power even as they have managed to contain it. Now Jack springs out of his box.

When Angela Merkel announced last week that she won’t attend this year’s Group of 7 summit in the U.S., the German chancellor’s now-overt contempt for the Trump administration can be taken to reflect the Continent’s. Even French President Emmanuel Macron, who has made a determined effort to accommodate President Donald Trump since taking office three years ago, seems to have given up.

This appears to be a river crossing from which there can be no turning back. One has waited decades for the Europeans to find their own place in global affairs, allied with the U.S. but un-beholden to its every wish. This is at last the anticipated moment, in my read. Not even a president more palatable than Trump across the Atlantic is likely to reverse these emerging facts on the ground.

Two weeks ago this column noted indications that the Chinese have determined to find their future in the non–West, having given up on constructing mutually accommodating relations with the U.S. Its indifference to American censure over planned security laws in Hong Kong was a blunt signal of this.

We now have reports, here and here, that China is newly focused (after an interim of friction) on Brazil as an alternative source of energy and agricultural supplies — not least the soybeans the mainland has long purchased from the U.S.

It is remarkable to note how unaware our leadership is of all the chickens now coming home to roost. The Trump administration’s excesses these past few weeks speak for themselves. Our corporate captains are treating us to a festival of “cheap grace” — the memorable coinage of Dietrich Bonhoeffer, the anti–Nazi Lutheran pastor, meaning compassion without cost, with no skin in the game.

Jamie Dimon, the chief exec at JPMorgan Chase, had himself photographed the other day kneeling before a bank vault— “taking a knee” in supposed solidarity with those of us on the streets these past 10 days. You’ve now got Goldman Sachs pledging $10 million “to help address racial and economic injustice,” while Intel promises $1 million and Nike adjusts its signature slogan to suit the zeitgeist.

In a stunning display of nitwittery, The New York Times’s Tom Friedman published a column last week nominating “America’s principled business leaders… to come together to lead a healing discussion.”

Wow. What would we do without our Tom “suck on this” Friedman —a closet racist if ever there was one?

The best take around on this drift in the national discourse arrived over the weekend on Twitter from Hamilton Nolan, a labor reporter for In These Times and the Washington Post’s public editor:

Nolan goes to the farce of it — the cheap grace, the virtue-signaling — in five lines. American corporations are jumping onboard the race question to keep the discourse from spilling into the true causes of our national illness — neoliberal economics and the attendant greed. Cynical times 10. We will see no grand donations if these matters are ever put on the table.

But we must also note in this the intellectual unseriousness rampant among American corporations. There is no true grasp of the gravity of what befalls America this spring. Combined with the Keystone Kops act unfolding daily in Washington, this holds out no meaningful remedy for our too-evident ills.

The world will continue watching as we thus compound our failures and continue or descent into decline. The only source of promise now lies where many millions of us were this weekend — in the street.