This insane situation is only possible because people are sedated by mass media propaganda and endless diversions from reality, writes Caitlin Johnstone. 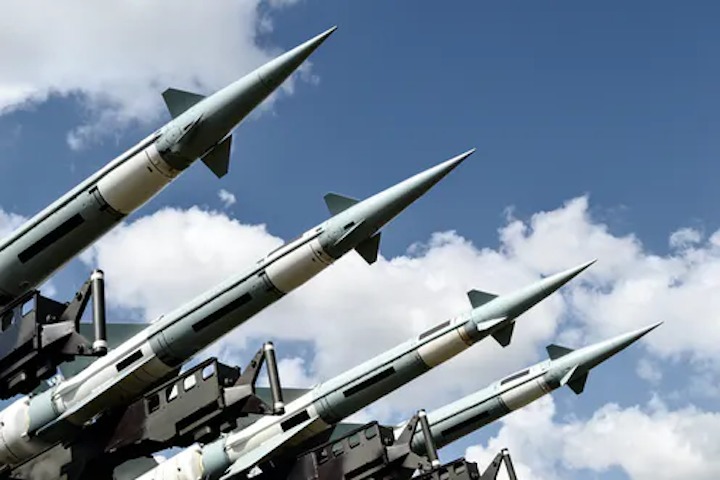 The world’s worst Putin puppet is escalating tensions with Russia even further, with the Trump administration looking at withdrawal from more nuclear treaties in the near future.

In addition to planning on withdrawing from the Open Skies Treaty and knocking back Moscow’s attempts to renew the soon-to-expire New START Treaty, President Donald Trump is also contemplating breaking the Comprehensive Nuclear-Test-Ban treaty by conducting the first U.S. nuclear test explosion since 1992, reportedly as an attempt to bring China to the table for joining New START.

Moon of Alabama has published a solid breakdown of all this, outlining the absence of evidence for the Trump administration’s justifications of its treaty withdrawals and explaining why China has nothing whatsoever to gain by signing on to a trilateral New START Treaty. I have nothing to add to this, other than to ask a simple question.

New on MoA:
U.S. Threatens New Nuclear Tests To Push China Into A Treaty It Does Not Wanthttps://t.co/UI1U43QhMr pic.twitter.com/IScjXjOqzl

The question I want to ask is, do you consent to this?

Do you consent to steadily mounting cold war escalations against not one but two nuclear-armed nations?

Do you consent to having a bunch of unseen military personnel rolling the dice every day on the gamble that we won’t wipe ourselves off the face of this Earth in the confusion and chaos of rising hostilities due to miscommunication or technical malfunction, as nearly happened many times during the last cold war?

Do you consent to a slow-motion third world war where an oligarch-led alliance of powerful nations works tirelessly to absorb new nations into its imperial blob by any means necessary?

Do you consent to a world where weapons of Armageddon are brandished about by imbeciles with inadequacy issues?

Do you consent to a world ruled by people who are so sociopathic that they are willing to inflict endless mass military slaughter and risk a nuclear holocaust just to have more control over the world population?

Do you consent to a world where we risk literally everything because a few overeducated, under-mothered think tankers were able to market an idea called “unipolarity” at key points of interest after the fall of the Soviet Union?

Do you consent to a world where powerful governments team up like a bunch of bitchy mean girls against weaker nations that aren’t in their clique?

Do you consent to governments spending lives, resources and treasure on bloodbaths around the globe and treating terrestrial life itself like some trivial plaything instead of ensuring the thriving of their own populations?

Of course not. These questions are all redundant. Nobody with a healthy mind and a clear picture of what’s going on would consent to this madness, no matter what nation they live in.

This whole insane model was rolled out without your consent. You were never asked if you consented, because the answer would have been no.

Nobody gives their conscious and informed consent to this. The new cold war is as consensual as sex after a Rohypnol-spiked drink, and the illusion of consent is just as nefariously and artificially manufactured. People are roofied into sedation by mass media propaganda and endless diversion from reality, and then power has its way with us.

If people were actually given informed consent about what is done in their name, none of this would be happening. Weapons of war would have been destroyed long ago and we’d all be working together in healthy collaboration with each other and with our ecosystem to ensure a healthy, happy world for our children and our grandchildren.

There is no reason we cannot have such a world. We are the many, they are the few. They manufacture our consent because they absolutely require that consent. A population which will not be propagandized is a population which cannot be ruled.

All we have to do is inform each other about what’s really going on. Then informed consent can exist. And be withdrawn.

30 comments for “Do You Consent to the New Cold War?”