During the pandemic, Ralph Nader says the president has allowed a corporate crime epidemic. 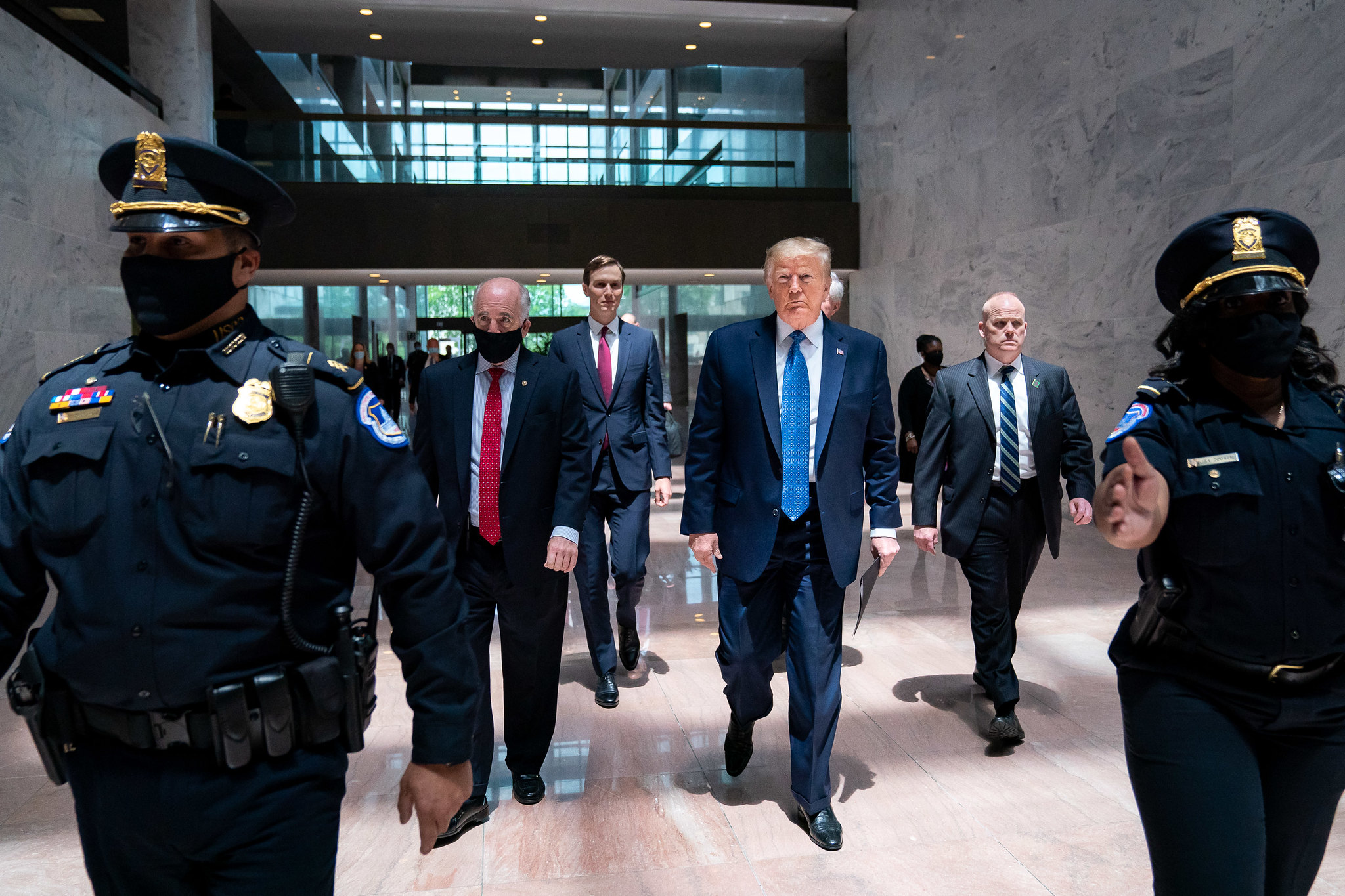 Throughout his presidency, Donald Trump has allowed large corporations to run rampant, exploit people, and get away with it. Trump considers himself above the law, boldly claiming, “I have an Article 2, where I have the right to do whatever I want as president.” For more information about Trump’s misdeeds, please see the Articles of Impeachment proposed by me and constitutional law experts Bruce Fein and Louis Fisher in the December 18, 2019 Congressional Record, page H 12197.

In 2017, Trump betrayed his own voters by giving the corporate rich a nearly $2 trillion tax cut instead of fulfilling his promise to invest in repairing infrastructure and expanding well-paid job opportunities.

These tax cuts for the rich and big corporations, which benefited the Trump family, ran up the deficit for our children and were largely used to give executives bonuses and let CEOs waste money on stock buybacks. In short, the corporate bosses lied to the Congress, saying they wanted these tax cuts to invest and create jobs, but actually used them to enrich themselves.

The New York Times reported 98 lifesaving regulations were revoked, suspended, or simply replaced with weaker versions. What remains on the books is not enforced.

Trump, during his failed business career and bankruptcies, saw the law as a nuisance and breaking and escaping justice as a competitive advantage. 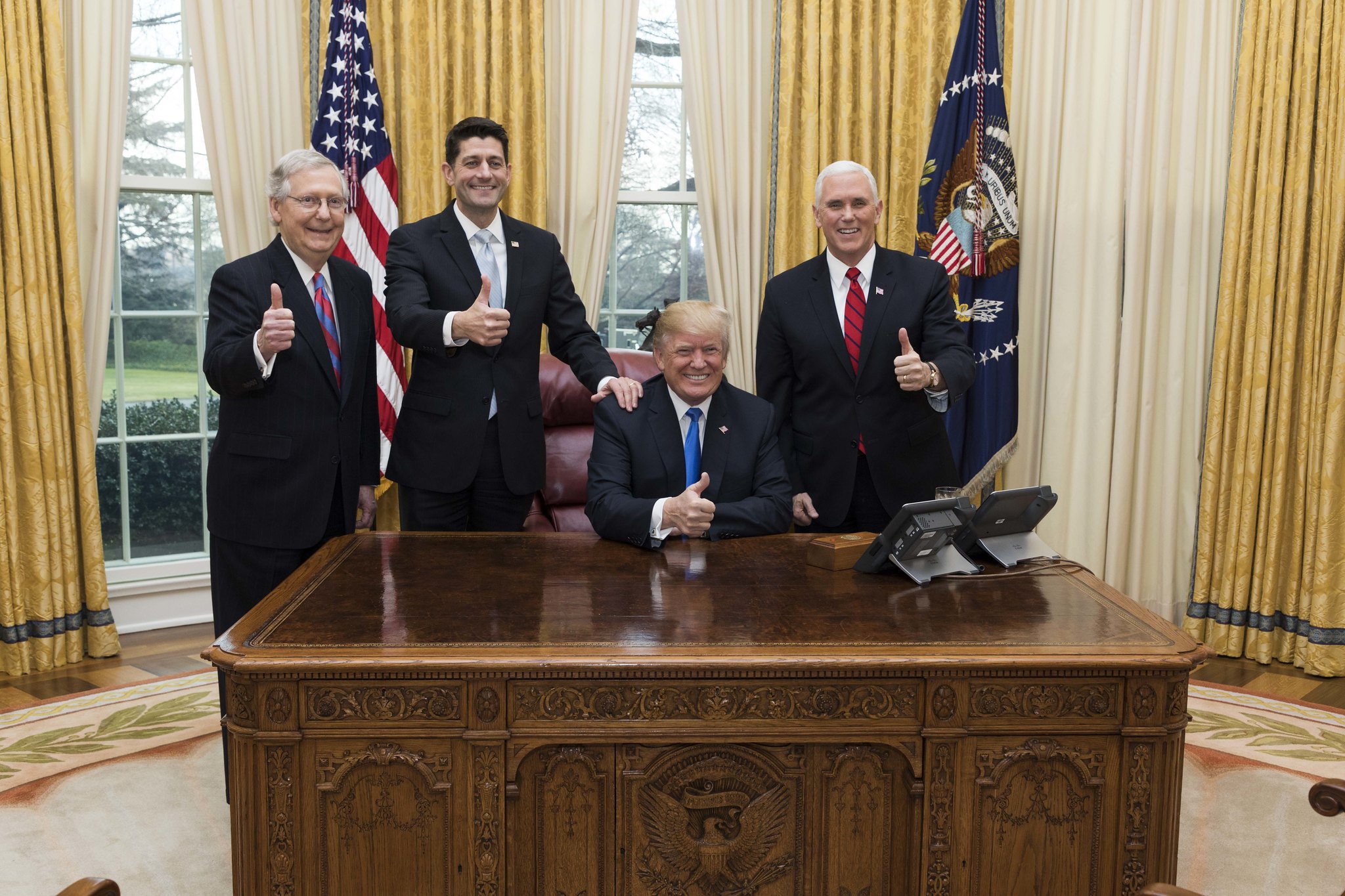 While raising huge sums for his reelection campaign from business lobbyists, Trump keeps giving them no-law government, more loopholes for tax escapes ($170 billion more buried in the $2.2 trillion relief/bailout legislation), more corporatist judges to shut you down in the courtroom, and more of your taxes for their endless corporate welfare greed.

Big companies such as banks, insurance companies, real estate behemoths, and Silicon Valley giants have so many tax escapes and cuts that they’re moving toward tax-exempt status.

Howard Stern, a longtime friend of Trump who promoted Trump’s notoriety early on, has recently called on Trump to resign. Stern said that, in reality, Donald Trump was “disgusted” by his own voters. Why won’t more Trump voters realize that Trump has nothing but contempt for them? Trump will betray his followers at every turn. 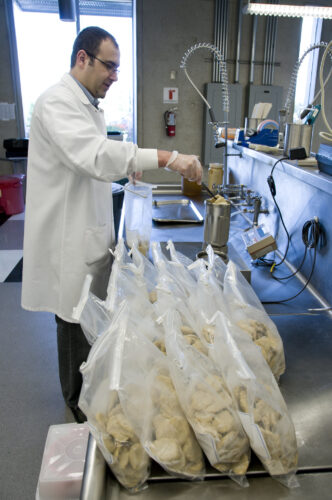 During the Covid-19 virus pandemic — which Trump dismissed and scoffed for eight critical weeks, leaving the country defenseless — Trump has allowed a corporate crime epidemic. He has no qualms about aiding and abetting a corporate crime wave epidemic.

Trump, with congressional Republicans, wants more legislation giving big companies immunity from lawsuits by victims for their negligently harmful products and services. Another rigging of the system.

Trump’s agencies actually announced that they’re putting their law enforcers on the shelf. The Food and Drug Administration (FDA) astonishingly told foreign importers of food and medicine that inspections overseas are suspended. The Environmental Protection Agency (EPA) signaled similar retreats, as have other enforcement agencies. Why would the Trumpsters signal green lights for corporate crooks? Especially since corporate scams and other corporate crimes — some crude, others sophisticated—are exploding as trillions pour out of Washington.

A year ago, Public Citizen reported a steep decline in corporate prosecutions and fines under Trump. Now, compared to the size of the previous corporate crime wave, they’ve fallen off a cliff. You can ignore the stern warnings by Attorney General William Barr. He is a phony. He has neither allocated nor asked Congress for a budget that will provide the Department of Justice the capacity to crackdown.

In fact, Trump has fired inspectors general and not filled vacant inspectors general positions. Trump’s boasts bear repeating: Congress can’t watchdog him because “[he has] an Article 2, where [he has] the right to do whatever [he wants] as president.”

With vicious madness, Trump pushes for federal deregulation of nursing homes where residents are dying from Covid-19. He pursues court cases in attempts to end Obamacare, the result of which would be throwing 20 million Americans off of their insurance during a lethal pandemic. He is cravenly freeing corporate emitters of life-destroying mercury and coal ash in our air, condemned pesticides and toxins in drinking water, and whatever else is on the deadly wish list given to him by his corporate paymasters. 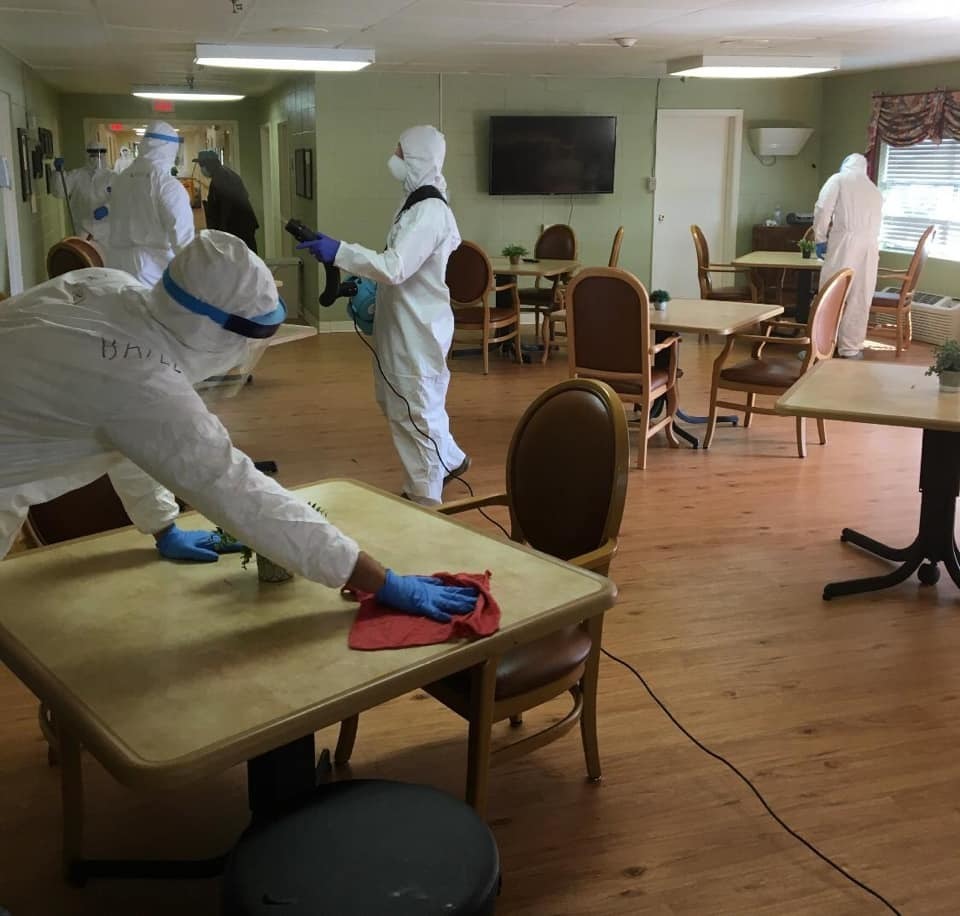 Trump’s actions that dismantled protections for all Americans families have been expertly documented. Yet, few critics are calling for his resignation or removal from office, despite the clear and present danger he poses to the American people and the Republic.

Trump is doing whatever he wants. He is getting away with abandoning the rule of law and the dismantling of crucial government institutions as he embraces American-style fascism and nepotism.

Perhaps people will learn how to effectively fight back against Trump, a delusional, flailing, ego-obsessed, foul-mouthed, self-enriching bully. The people must stand up to this corrupt politician who lies every hour and turns our government over to Wall Street.  He sacrifices the people on Main Street to enrich fat cats and oligarchs.

One person, Eugene Jarecki, offers a rebuttal to Trump. In a Washington Post op-ed, Jarecki’s sources found that “had the guidelines been implemented earlier, a crucial period in the exponential spread of the virus would have been mitigated and American lives saved.” According to conservative estimates from epidemiologists, “had the Trump administration simply implemented mitigation guidelines by March 9, approximately 60 percent of American Covid-19 deaths could have been avoided.” On his website, TrumpDeathClock.com, Jarecki “displays both the number of people who have died in the country from Covid-19 and an estimate of that portion whose lives would have been saved had the president and his administration acted just one week earlier.” Jarecki has also erected a 54-foot high Trump death clock in New York City’s historic Times Square.

See the numbers yourself on TrumpDeathClock.com. Email DeathClock2020@gmail.com to see how Eugene Jarecki’s team can help you set up such an accountability clock in your community.

Ralph Nader is a consumer advocate, lawyer, and author. His latest books include: “To the Ramparts: How Bush and Obama Paved the Way for the Trump Presidency, and Why It Isn’t Too Late to Reverse Course,” “How the Rats Re-Formed the Congress,” “Breaking Through Power: It’s easier than we think,” and “Animal Envy: A Fable.”

9 comments for “COVID-19: Trump Lets Big Corporations Get Away with Whatever They Want”