At a time of a global health and economic crisis, some UN officials, such as the Special Rapporteur on the Right to Food, are calling for lifting sanctions around the world. 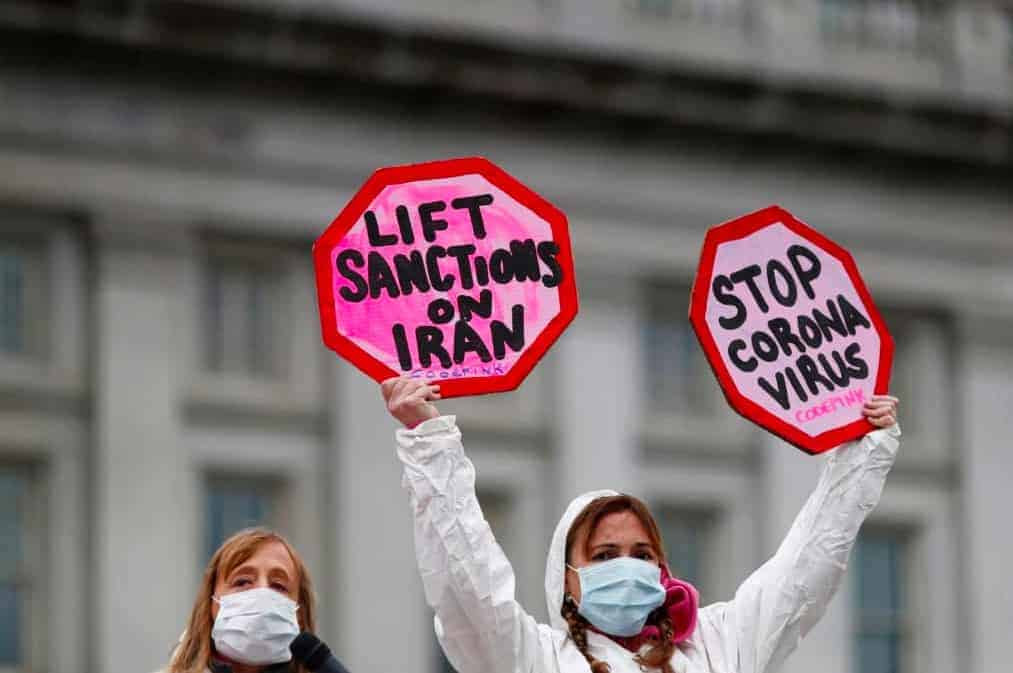 During the last week of March, Hilal Elver, the United Nations special rapporteur on the right to food, was one of three high-level UN representatives to call for an easing of some sanctions to help alleviate the impact of the coronavirus.

UN Secretary-General António Guterres sent a letter to G-20 countries asking them to waive sanctions that can undermine a country’s ability to respond to the pandemic. And Michelle Bachelet, the UN high commissioner for human rights, said that “humanitarian exemptions to sanctions measures should be given broad and practical effect, with prompt, flexible authorization for essential medical equipment and supplies.” 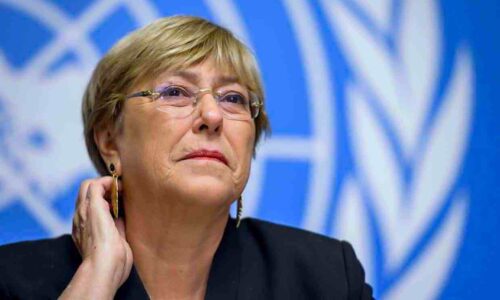 Elver, like Bachelet, has been asking for a softening of some sanctions for a while but still wasn’t expecting these two influential UN figures to make such a call. “I was never expecting [them] to talk about economic sanctions,” Elver said in an interview recently. “It came as kind of a surprise.” The pandemic has shaken many things up, and she’s hoping the leaders’ renewed interest will last.

Sanctions returned to the spotlight after numerous experts and politicians recommended an easing up — while leaders in many countries, including Joe Biden, the U.S. Democratic presidential front-runner, and Senator Dianne Feinstein (D-CA), also supported the possibility. Elver, whose second three-year term as a special rapporteur ends this month, has witnessed the impact of sanctions on ordinary people who need food and has expressed hope that the pandemic will offer a chance to revisit their use.

“There definitely will be some international political agenda about economic sanctions,” she said.

Elver, who has both a law degree and a Ph.D., is a fellow in food law and policy at the University of California, Los Angeles. She was born and raised in Turkey and recently spoke with PassBlue from her second home, in Bodrum, in southern Turkey, where she is in a government-imposed stay-at-home order. “We started our summer holiday a little early,” she said.

Her remarks have been edited for clarity and length. The full interview is available on the podcast series “UN-Scripted,” which includes a discussion of sanctions with Loraine Rickard-Martin, an author of “The Evolution of UN Sanctions: From a Tool of Warfare to a Tool of Peace, Security and Human Rights.”

Q. Why was it important, at the end of your term right now, to make a call for lifting economic sanctions? I have been making these calls before the high commissioner for human rights did, since visiting Zimbabwe a few months ago. I found out there that economic sanctions have a serious impact on ordinary people and a basic human right to food and food security, as I made clear in my initial report. I also had some communication with the government of Cuba. In a letter, I asked the United States government to ease sanctions against Cuba because six months ago there was a hurricane there and they were in trouble. I am very familiar with the negative impacts of economic sanctions on human rights and on the right to food. These are not UN Security Council [sanctions] but unilateral economic sanctions against many countries by the U.S., and sometimes the European Union. 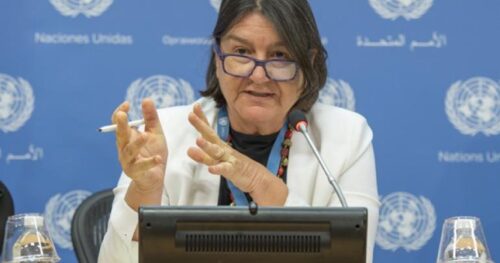 Q. Your focus is on food as a UN expert. You’ve witnessed the effect of sanctions on food accessibility firsthand. Can you describe what it’s like right now, not only in Cuba and Zimbabwe, but also in other countries like Iran and Venezuela? Every country has a different kind of level of sanctions, depending on the U.S. or European Union’s rules and principles, and they can involve political reasons or human-rights violations. For instance, Zimbabwe has had sanctions for almost 20 years because of human-rights violations. [Among other things] white farmers have lost their land, so the UK and U.S. imposed sanctions [for the land redistribution campaign begun in the 1980s, during the presidency of Robert Mugabe; the U.S. extended them this year]. That was directly connected to the right to food and food security because farmers were not able to produce what they used to, so that was a direct impact.

North Korea and Venezuela have blanket sanctions, which are much larger than the ones imposed on Zimbabwe. Sometimes sanctions are only against some people, or some corporations, but even limited sanctions have a very important impact on the country’s imports and exports and any kind of economic relationship with the rest of the world. These countries are basically isolated, so it’s very difficult to buy and sell. They buy more expensive products because third countries also suspend relationships with them. For instance, in the case of Cuba or Venezuela, if country “B” does business with one of them, then the United States won’t do any business with “B.” So that’s a very important problem in terms of the economic conditions of the country.

Q. Can you tell me how the sanctions issue fits into the pandemic context? You can easily understand right now that because of the coronavirus there is a significant isolation for literally every country. Even those without any kind of economic sanctions can be affected by restrictions on exports and imports. Many major food exporters are thinking about limiting the export of food or medicine to keep supplies for their own people, which adds more difficulties during this pandemic, on top of the economic sanctions. Zimbabwe’s health system was completely broken before the coronavirus — think about it now.

Q. What has the response been from your call and Michelle Bachelet’s to lift sanctions during the pandemic? Even the UN secretary-general agreed. It’s very much on the political agenda. The U.S., under the current administration, is very keen to continue the sanctions. Fortunately, some other countries are not. For instance, the European Union and many of the European countries are responding positively and easing sanctions during this time of the coronavirus. They are not completely lifting sanctions but interrupting them, and there are some communications going on, but not in the U.S., unfortunately.

Q. In the long run, what are you hoping will come out of the sanctions’ call? There definitely will be some international political agenda about economic sanctions. Covid-19 has put them on the agenda. I was never expecting the UN secretary-general to make such a call, or even Michelle Bachelet. It came as a surprise.

According to international law, there are two views on sanctions. One group says economic sanctions don’t really work because the elite is never really affected, while ordinary citizens pay the bill. The other one is saying no, this is the only alternative to going to war that would make a country come to the negotiation table. If you look at places like North Korea, it has been under sanctions for years but never changed its policies. So in my view, and many others’, economic sanctions, when implemented, should be done with extreme care.

Stéphanie Fillion is a New York-based reporter specializing in foreign affairs and human rights. She has a master’s degree in journalism, politics and global affairs from Columbia University and a B.A. in political science from McGill University. Fillion was awarded a European Union in Canada Young Journalists fellowship in 2015 and was an editorial fellow for La Stampa in 2017.

Kacie Candela is an assistant editor for PassBlue and a news anchor and reporter with WFUV, a public-radio station in the Bronx, N.Y., where she covers the UN and other beats. Her work has won various awards from the New York State Associated Press Association, New York State Broadcasters Association, PRNDI and the Alliance for Women in Media. She is a recent graduate of Fordham University, where she is now a law student.