History teaches us that epidemics are more like revelatory moments than social transformers, writes Pepe Escobar.

“The plague-stricken town, traversed throughout with hierarchy, surveillance, observation, writing; the town immobilized by the functioning of an extensive power that bears in a distinct way over all individual bodies – this is the utopia of the perfectly governed city.” – Michel Foucault, Discipline and Punish 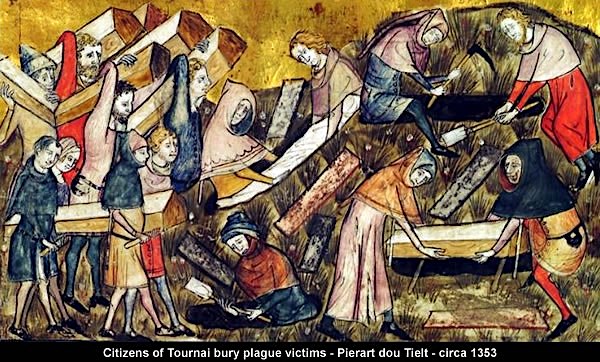 Predictably eyeing the Decline and Fall of the American Empire, a serious academic debate is raging around the working hypothesis of historian Kyle Harper, according to whom viruses and pandemics – especially the Justinian plague in the 6th century – led to the end of the Roman Empire.

Well, history actually teaches us that epidemics are more like revelatory moments than social transformers.

Patrick Boucheron, a crack historian and a professor at the esteemed College de France, offers a very interesting perspective. Incidentally, before the onset of Covid-19, he was about to start a seminar on the Black Death medieval plague.

Boucheron’s view of Boccaccio’s Decameron, written in 1350 and about young Florentine aristocrats who fled to the Tuscan countryside to tell stories, focuses on the plague’s character as a “horrible beginning” that tears apart social liaisons, provokes a funerary panic and has everyone wallowing in anomie. 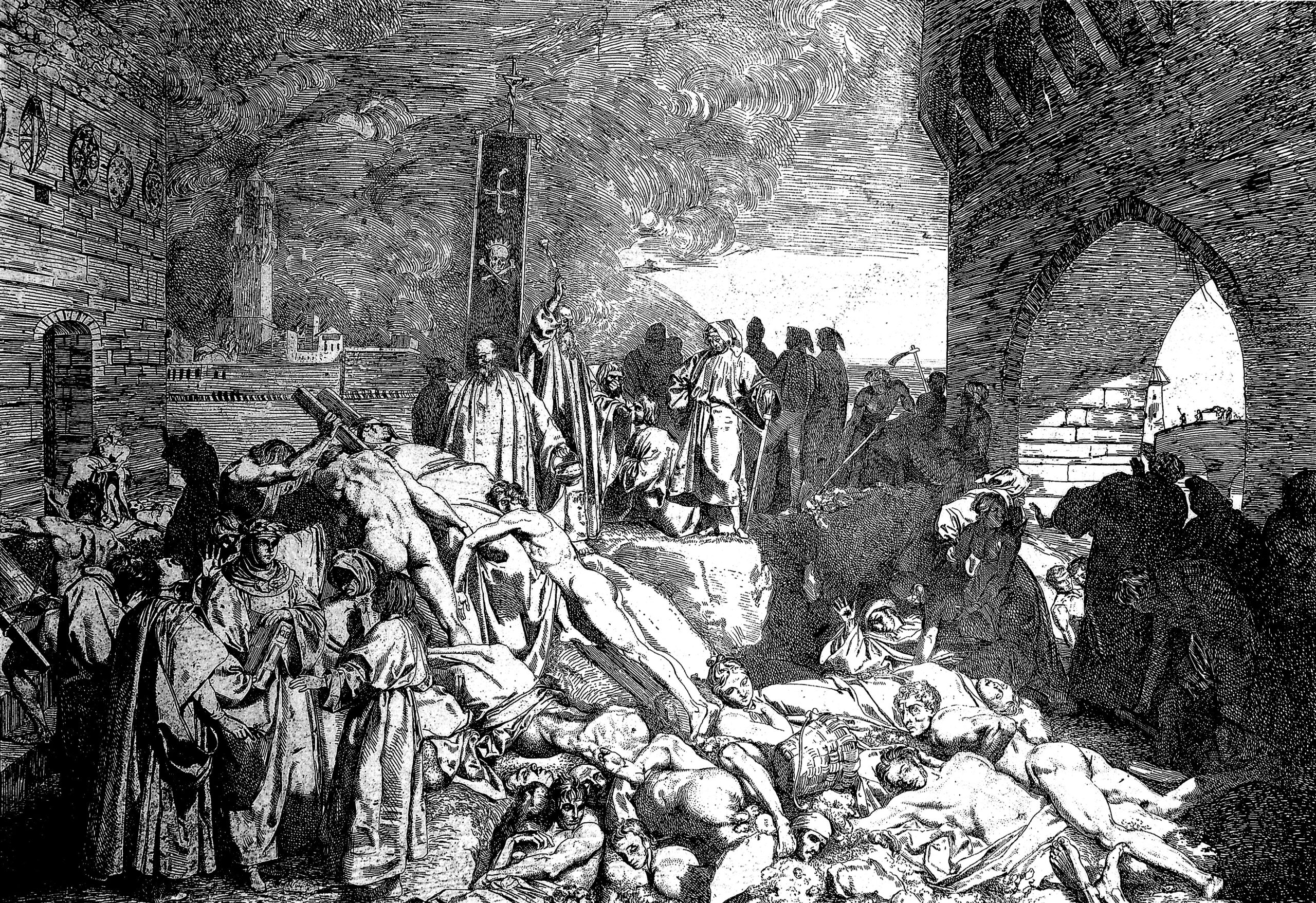 Then he draws a historical parallel with Thucydides writing about the Athens plague in the summer of 430 BC. Pushing it to the limit, we may venture that Western literature actually starts with a plague – described in Book 1 of the Iliad by Homer.

Thucydides’ description of the Great Plague – actually typhoid fever – is a literary tour de force as well. In our current setting, that’s more relevant than the “Thucydides trap” controversy – as it’s idle to compare the context in ancient Athens with the current US-China hybrid war.

Both Socrates and Thucydides, incidentally, survived the plague. They were tough, and acquired immunity from their earlier exposure to typhoid. Pericles, the leading citizen of Athens, was not so lucky: he died at 66, a victim of the plague.

The City in Fear 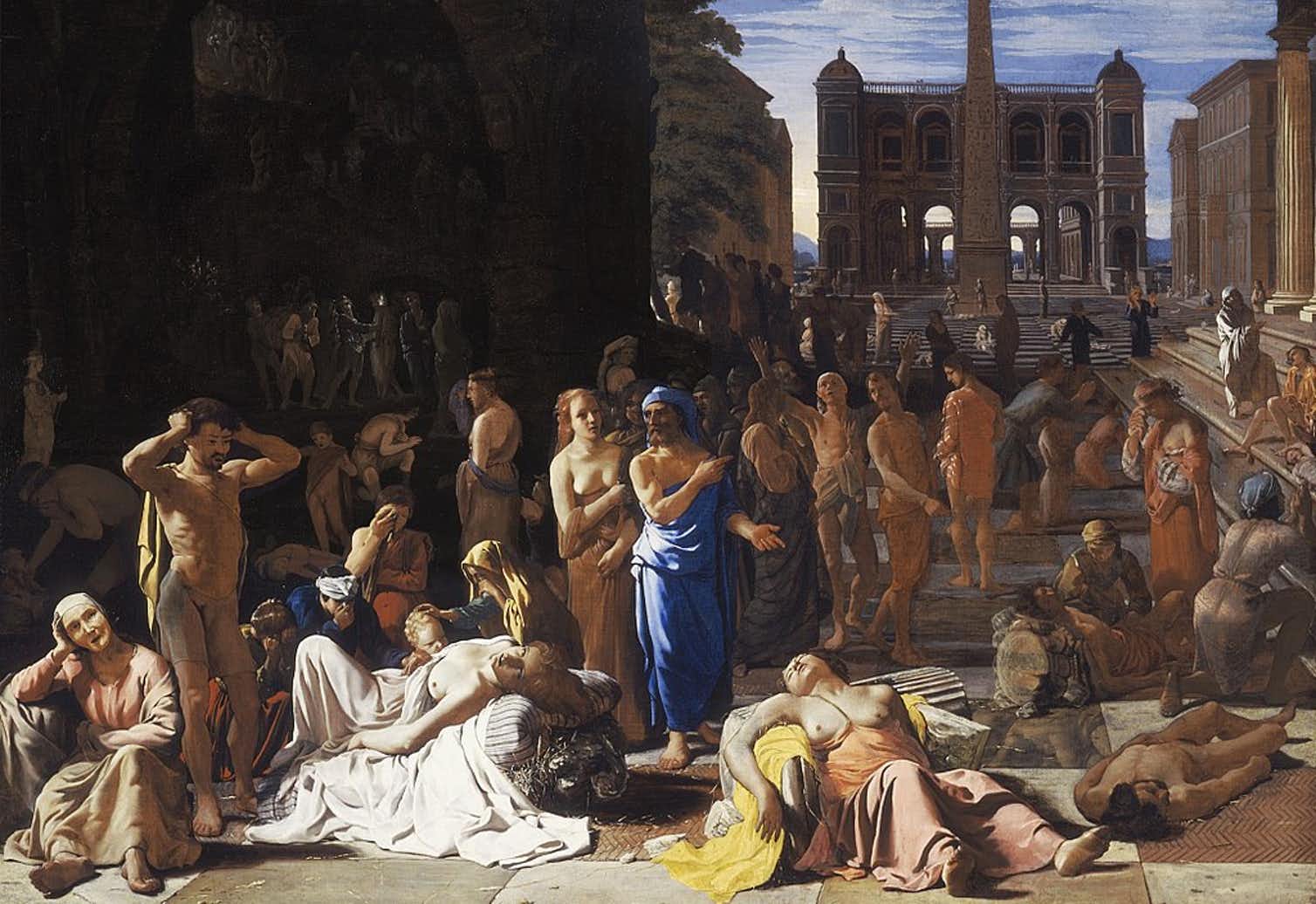 Michiel Sweerts’ Plague in an Ancient City, circa 1652. (Wikimedia)

Boucheron wrote an immensely interesting book, Conjurer la Peur (To Conjure Fear) telling the story of Siena a few years before the Black Death, in 1338. This is the Siena pictured by Ambrogio Lorenzetti in the walls of the Palazzo Pubblico – one of most spectacular allegorical frescoes in history.

In his book, Boucheron writes about political fear before it is engulfed by biological fear. Nothing could be more contemporary.

In Lorenzetti’s Allegory of Bad Government, the court of bad justice is governed by a devil holding a poisoned chalice (today that would be the “crowned poison” – or coronavirus). The devil’s eyes are crossed and one of his feet is over a goat’s horns. Floating above his head we find Avarice, Pride and Vainglory (match them with contemporary political “leaders”). War, Treason, and Fury sit to his left (the US Deep State?) and Discord, Fraud and Cruelty on his right (casino capitalist financialization?). Justice is bound, and her scales have fallen. Talk about an allegory of the “international community.” 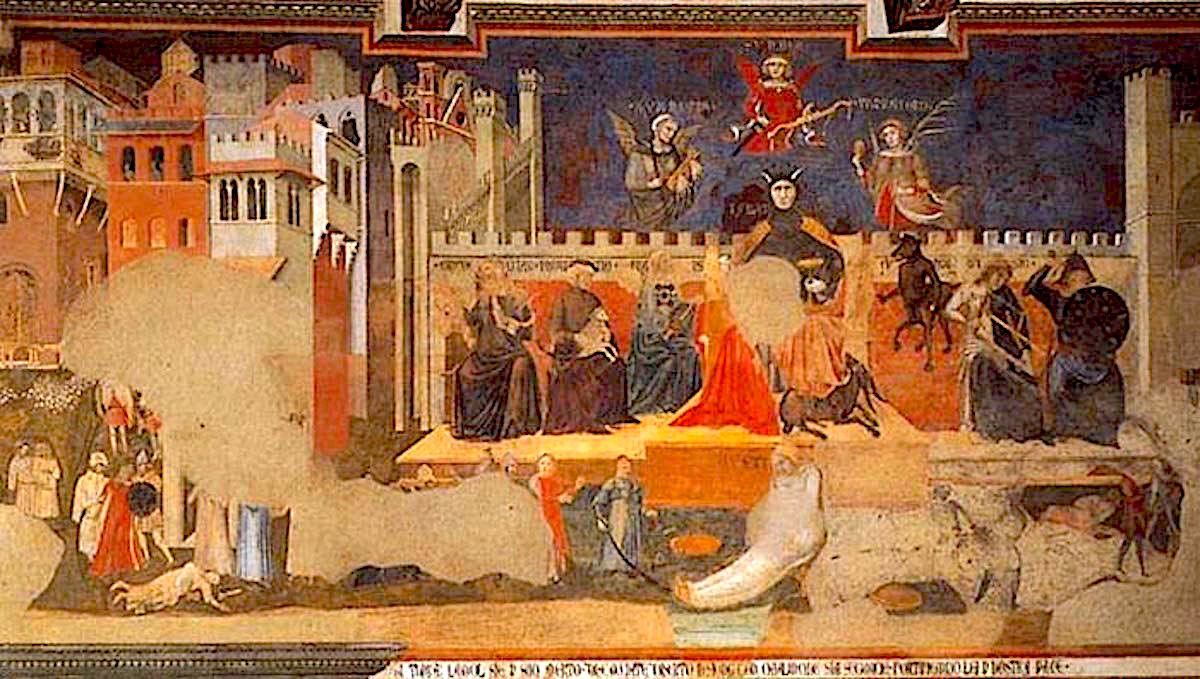 Boucheron pays special attention to the city as depicted by Lorenzetti. That’s the city at war – as opposed to the harmonious city in the Allegory of Good Government. The crucial point is that this is a depopulated city – much like our cities in quarantine now. Only men at arms are circulating and, as Boucheron tells it: “We guess that behind the walls, people are dying.” So this image has not changed today – deserted streets; quite a few elderly people dying in silence in their homes.

Boucheron then makes a startling connection with the frontispiece of Hobbes’s Leviathan, published in 1651: “Here again there is a city depopulated by an epidemic. We know because at the borders of the image we identify two silhouettes with birds’ beaks, which represent the doctors of the plague,” while the people in the city have been sucked upward, ballooning the figure of the Leviathan state monster who is very confident of the fear he inspires.

Boucheron’s conclusion is that the state is always capable of obtaining an absolutely unprecedented resignation and obedience from the population. “What’s complicated is that even if what everything we say about the society of surveillance is scary and true, the state obtains this obedience in the name of its most undisputed function, which is to protect the population from creeping death. That’s what plenty of serious studies define as ‘biolegitimacy’.”

And I would add, today, a biolegitimacy boosted by widespread voluntary servitude. 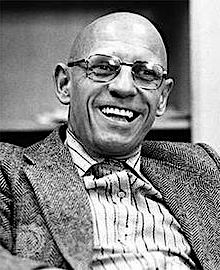 Michel Foucault was arguably the premier modern cartographer of the Panopticon-derived surveillance society.

Then there’s Gilles Deleuze. In 1978, Foucault famously declared that, “perhaps, one day, this century will be called the Deleuzian century.”

Well, Deleuze is actually more 21st century than 20th. He went farther than anyone else studying societies of control – where control does not come from the center or from the top but flows through micro-vigilance, even activating the desire on everyone to be disciplined and monitored: once again, voluntary servitude.

Judith Butler, talking about South Africa-based critical theorist Achille Mbembe’s extraordinary Necropolitics, noted how he “continues where Foucault left off, tracking the lethal afterlife of sovereign power as it subjects whole populations to what Fanon called ‘the zone of non-being’.”

So a great deal of the intellectual debate ahead of us, borrowing from Fanon, Foucault, Deleuze, Mbembe and others, will necessarily have to focus on biopolitics and the widespread state of exception – which, as Giorgio Agamben has demonstrated, referring to Planet Lockdown, is now completely normalized.

We cannot even begin to imagine the consequences of the anthropological rupture caused by Covid-19. Sociologists for their part are already discussing how “social distancing” is an abstraction, defined and lived in quite unequal terms. They are discussing the reasons why the powers that be chose a martial vocabulary (“lockdown”) instead of forms of mobilization guided by a collective project.

And that will lead us to deeper studies of the Age of Haphophobia: our current condition of widespread fear of physical contact. Historians will be trying to analyze it in conjunction with how social phobias have evolved across centuries.

There’s no question that Foucault’s exhaustive mapping should be understood as a historical analysis of different techniques used by the powers that be to manage the life and death of populations. Between the crucial years 1975 and 1976, when he published Discipline and Punish (featured in this essay’s epigraph) and the first volume of History of Sexuality, Foucault, based on the notion of “biopolitics,” described the transition from a “sovereign society” to a “disciplinary society.”

His main conclusion is that techniques of biopolitical government spread out way beyond the legal and punitive spheres, and now are all over the spectrum, even lodged inside our individual bodies.

Covid-19 is presenting us with a huge biopolitical paradox. When the powers that be act like they are protecting us from a dangerous disease, they are imprinting their own immunity-based definition of the community. At the same time they have the power to decide to sacrifice part of the community (elderly people left to die; victims of the economic crisis) to the benefit of their own idea of sovereignty.

The state of exception to which many parts of the world are subjected now represents the normalization of this unbearable paradox.

So how would Foucault see Covid-19? He would say that this epidemic radicalizes biopolitical techniques applied to a national territory, and inscribes them in a political anatomy applied to each individual body. That’s how an epidemic extends to the whole population political measures of “immunization” that previously only applied – violently – to those that were considered “aliens,” inside and outside the national, sovereign territory. 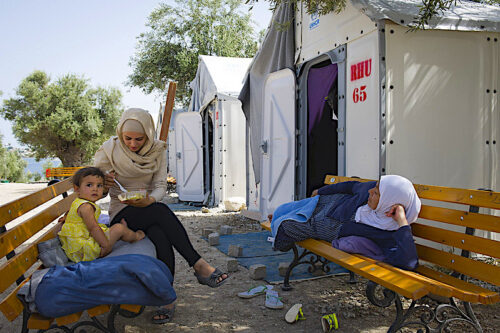 It’s irrelevant whether Sars-Covid-2 is organic; a bioweapon; or, CIA conspiracy theory-style, part of a world domination plan. What’s happening in real life is that the virus reproduces, materializes, extends and intensifies – for hundreds of millions of people – dominant forms of biopolitical and necropolitical management that were already in place. The virus is our mirror. We are what the epidemic says we are, and how we decide to face it.

And under such extreme turbulence, as noted by philosopher Paul Preciado, we end up reaching a new necropolitical frontier – especially in the West.

The new territory of the border politics the West has been testing for years over “The Other” – blacks, Muslims, the poor – now starts at home. It’s as if Lesbos, the key entrance island for refugees in the Eastern Mediterranean coming from Turkey, now started at the entrance of each Western apartment.

With pervasive social distancing in place, the new border is each and everyone’s skin. Migrants and refugees were previously considered viruses, and only merited confinement and immobilization. But now these policies apply to whole populations. Detention centers – perpetual waiting rooms that abolish human rights and citizenship – are now detention centers inside one’s own home.

No wonder the liberal West has been plunged into a state of shock and awe.

← COVID-19: Thucydides and the Plague of Athens
Climate Change Worsening Historic Drought in Western US; Rivaling Worst in 1,200 Years →