The country is saying that its tactics against the virus have kept it totally at bay, Barbara Crossette reports. 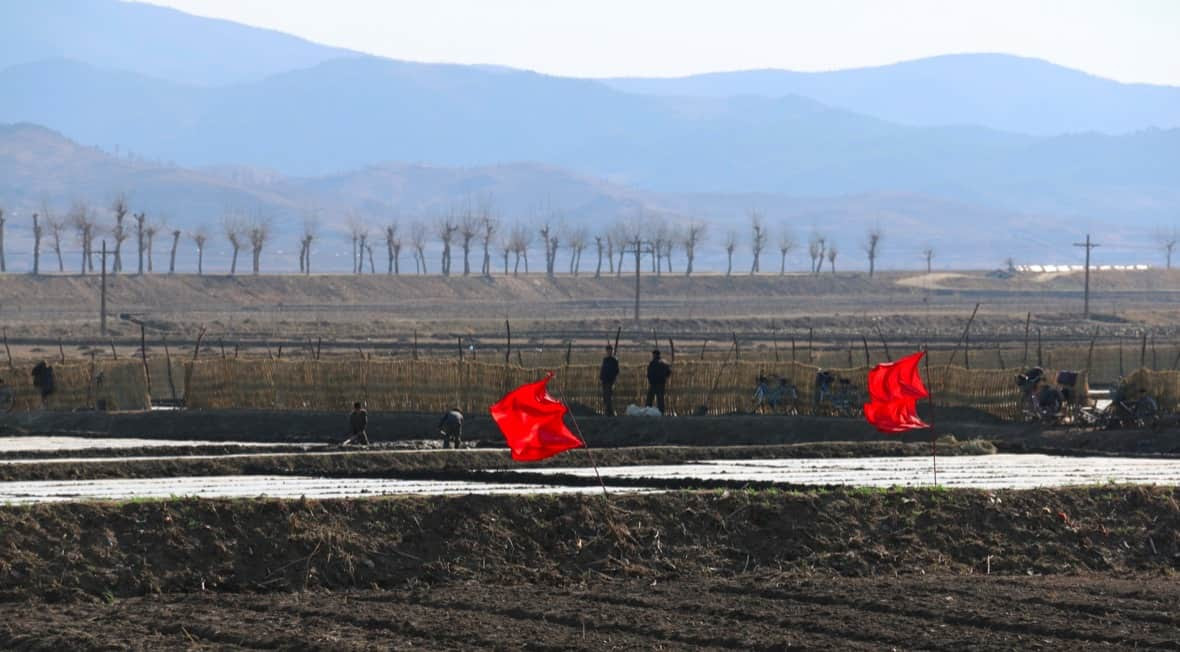 Something is missing from the statistical charts and maps of Covid-19 in East Asia: credible data on the People’s Democratic Republic of Korea.

The country, North Korea as it is commonly known, has always been a singularly secretive state controlled since its founding in 1948 by a savagely brutal dynasty. It is also next door to China, where the new coronavirus emerged at the end of 2019.

Since then, leading scholars outside North Korea, a country with about 25 million people, have been intrigued by the tactics that Kim Jong Un, the North Korean leader, has used to avert the virus from spreading across sections of his land border with China.

Although the most vulnerable section is more than a thousand miles from the center of the viral outbreak in the Chinese city of Wuhan, it is a busy area along the Yalu River, frequented not only by Chinese tourists (before the border was closed) but also by cross-border traders, smugglers and defectors.

“North Korea has claimed that there are no cases of coronavirus, touting its swift actions — closing its highly lucrative border with China, instituting quarantines for 10,000 people for a month in various provinces, shutting down tourism,” Jung Pak, a senior fellow at the Brookings Institution’s Center for East Asia Policy Studies, wrote recently. She is a former senior analyst on Korea at the CIA and the Office of the Director of National Intelligence.

“The propaganda machinery kicked into high gear,” Pak added. “Vans equipped with loudspeakers blasted messages about hygiene, photos of citizens wearing masks (some of which were photoshopped) were shown in regime media to highlight the government’s guidance, and workers wearing protective suits sprayed disinfectant in public places.

“Kim sought to demonstrate his strong leadership, convening a politburo meeting on the disease to warn of ‘serious consequences‘ if the virus spread through the country, and called for ‘unconditionally’ obeying regime directives,” Pak wrote. “As of early April, the government was remarkably insisting: ‘Not one single person has been infected’.” 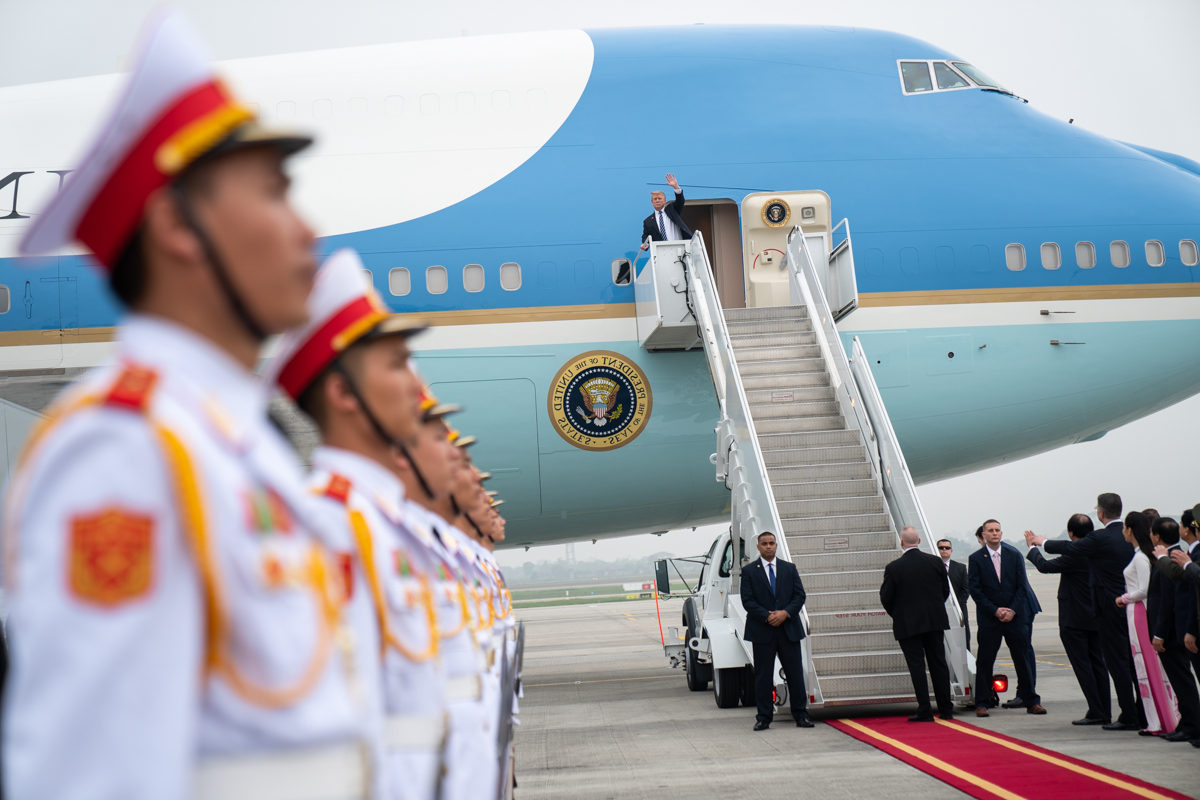 Separately in late March, the English-language version of  the government’s totally controlled DPRK News Service said in a pop culture report that at the top of the charts was a song called “Open Mouth Coughing and Face-Touching Upsets Our General.”

In the debate among analysts, including scholars who have worked for decades to untangle North Korean realities, there are new questions about whether Kim can control Covid-19 if it secures — or already has — a foothold in a repressed population weakened by recurrent food shortages, limited health care, an underperforming economy and, most recently, unconfirmed reports that the virus is already infesting the North Korean military, an elite on whom Kim depends for support.

Meanwhile, international trade sanctions are holding up precious seeds and other agricultural supplies.

The concerns of many analysts, who may have diverging views on some issues, generally agree that any destabilization of North Korea could have dangerous regional effects. At stake are the security of South Korea and relations with other Asian nations and the United States. As a reminder of the substantial weapons arsenal and nuclear abilities under Kim’s control, North Korea launched a barrage of ground and air missiles on April 14.

Nevertheless, by February North Korea had been approaching the World Health Organization for humanitarian assistance and seeking individual exemptions to stringent trade sanctions from the United Nations and the U.S., at least some of which have been granted for emergency needs. Both the UN, whose staff had been sharply reduced to about a dozen people in Pyongyang, the capital, according to some assessments, and the Trump administration have offered humanitarian aid.

On health care, Kee Park, a physician who has worked in North Korea, suggested in an online panel discussion at the United States Institute of Peace in Washington on April 14 that the Kim regime may have some resilience, to a point, if the virus spreads. Aggressive Chinese lockdown measures installed early on their side of the border provided critical help.

“The real question right now is do they or do they not have Covid-19 in North Korea?” Park said. “Well [in], just about every news article on Covid-19 and North Korea they temper North Korea’s claims that there are no Covid-19 cases. My research team have been looking at this very closely, and I can tell you that the naysayers — and that includes me, by the way — should not be so confident.”

Summarizing what he and his colleagues know, Park, a lecturer on global health and social medicine at the Harvard Medical School and director of the North Korea program at the Korean American Medical Association, described Pyongyang’s response to the Covid-19 threat as quick and decisive.

“North Korea canceled all their flights to and from China, closed it borders and quarantined foreigners and most Korean nationals who were returning home,” he said. “They didn’t wait to see actual deaths. The next country to impose a nationwide lockdown was Italy. This was a full six weeks after North Korea’s lockdown. The Italians did it after thousands of people had already died.

“So in my assessment. . . . I think the North Koreans succeeded in flattening the curve, and I would say that maybe completely squashed it,” Park said. “They will not take any risks or let their guard down too soon.” A breakout of the virus in a “fragile” health system, he added, would cost many thousands of lives. “The story isn’t over yet.”

At the Stimson Center in Washington, an independent organization devoted to issues of global security and stability, Jenny Town is deputy director of the center’s 38 North project, a website focusing on policy and technical analysis on North Korea. “For the Kim regime, prevention has been the key objective,” she wrote in a March 26 article.

“For an economy heavily dependent on tourism (especially from China) and cross-border trade, [Kim’s] moves were significant and risked huge economic losses for an already struggling economy, but demonstrated how severe the regime viewed the situation,” Town added. Besides the U.S., South Korea has offered humanitarian cooperation, but North Korea has not yet taken up the offers from either country.

At the US Institute of Peace, an analysis, “North Korea: Coronavirus, Missiles and Diplomacy,” was published on April 7 by Frank Aum, the organization’s senior expert on North Korea; Joseph Yun, a senior adviser to its Asia program and former US Special Representative for North Korea Policy; and Paul Kyumin Lee, a program assistant for China and North Korea. The analysis said that the Covid-19 crisis might provide an opening for U.S.-North Korean dialogue. However, the authors argued, talks are stalemated by Kim Jong Un’s demand for a lifting of all sanctions and Washington’s insistence on movement toward denuclearization by North Korea.

“Even if the virus becomes a major crisis, like the famine in the 1990s, North Korea would likely seek aid first from allies China and Russia and only indirectly from the United States through nongovernmental and UN organizations,” the authors concluded.

“And if North Korea accepts some limited assistance from the US related to Covid-19, it will ensure that no denuclearization strings are attached.”

Barbara Crossette is the senior consulting editor and writer for PassBlue and the United Nations correspondent for The Nation. Previously, Crossette was the UN bureau chief for The New York Times from 1994 to 2001 and before that its chief correspondent in Southeast Asia and South Asia. She is the author of “So Close to Heaven: The Vanishing Buddhist Kingdoms of the Himalayas,” and “The Great Hill Stations of Asia.” Crossette won the George Polk award for her coverage in India of the assassination of Rajiv Gandhi in 1991 and the 2010 Shorenstein Prize for her writing on Asia.

This article is from Passblue.

← COVID-19: The Transformation of Emmanuel Macron
COVID-19: Thucydides and the Plague of Athens →